Amid dearth of sports content, the NFL’s most-recognized name is on the move 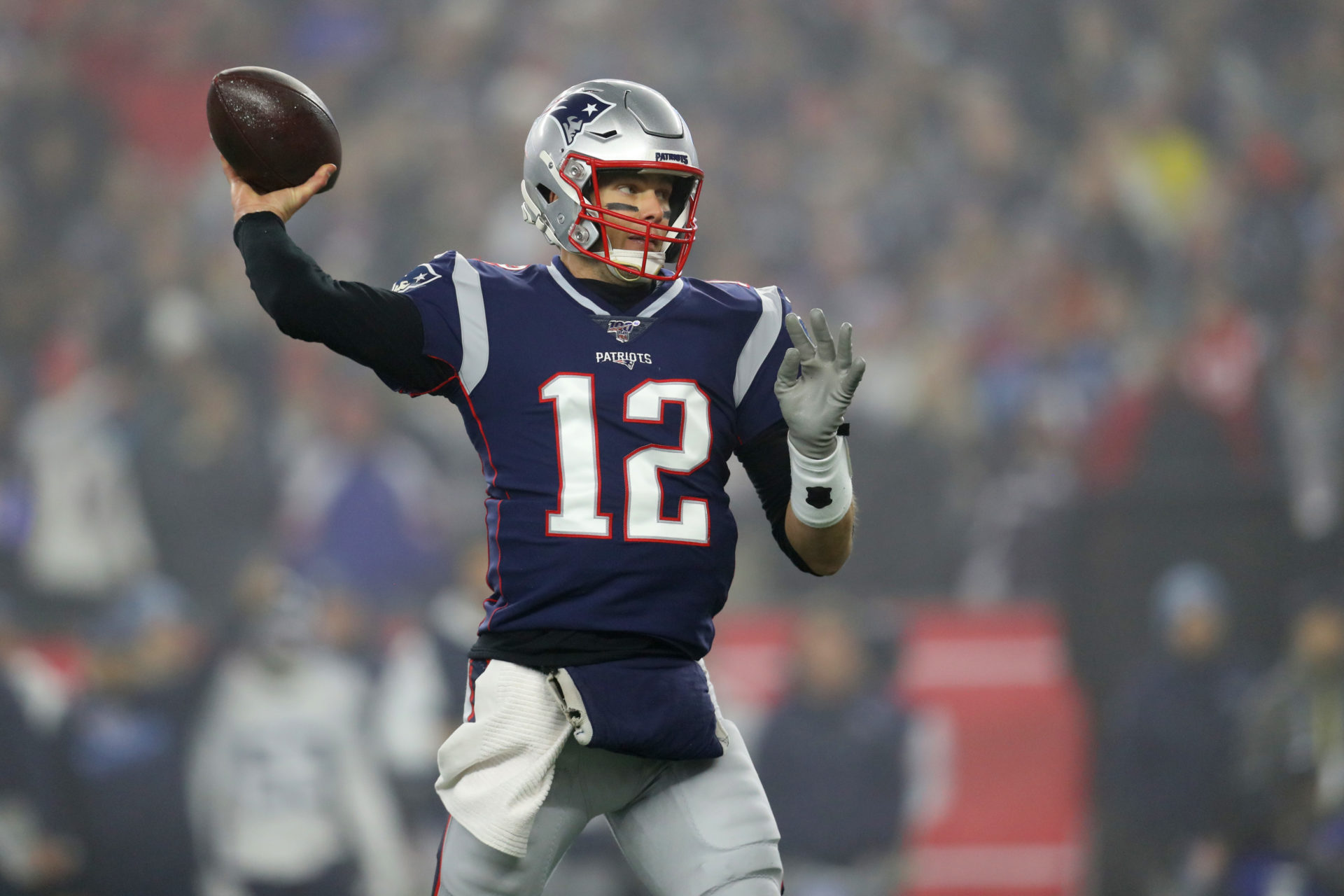 Tom Brady of the New England Patriots during the AFC wild card playoff game against the Tennessee Titans on Jan. 4 in Foxborough, Mass. Having announced he is leaving the Patriots, Brady is now the most well-known free agent, according to Morning Consult polling. (Maddie Meyer/Getty Images)
By Alex Silverman

After having their programming schedules torn to shreds by the coronavirus, cable media outlets caught a break Tuesday morning when Tom Brady announced he was leaving the New England Patriots. The start of NFL free agency is always newsworthy, but having the most recognizable name in the sport on the move is a mega-story worthy of the attention of the American public. 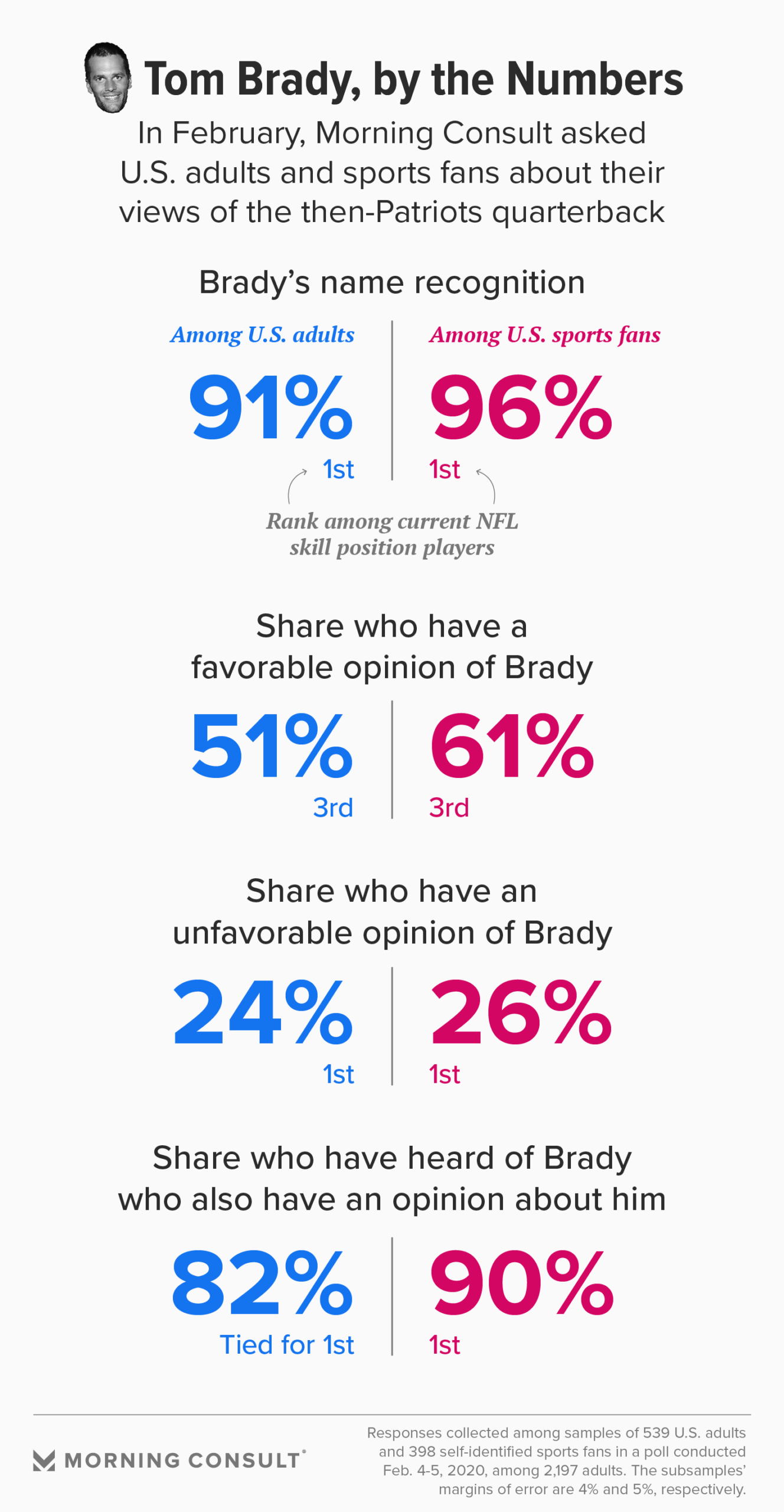 Brady is the most well-known figure in the country’s most popular sport, according to polling conducted by Morning Consult in February, with 91 percent of U.S. adults saying they have heard of the six-time Super Bowl champion. Among self-identified sports fans, Brady is even more famous at 96 percent recognition.

For context, there were 11 skill position players — quarterbacks, running backs and wide receivers — in the league last season that at least half of all adults recognize by name.

In addition to being well-known, Brady elicits strong feelings from the American public of both the positive and negative varieties. Among U.S. adults, Brady is the third most-liked player, but also the most-disliked player. Fifty-three percent of U.S. adults have a favorable view of Brady, a measure in which he only trails Brees and Manning.

Another 24 percent of the public, however, has an unfavorable view of Brady, a figure 7 percentage points higher than Cleveland Browns wide receiver Odell Beckham Jr.

Among all adults who have heard of Brady, 82 percent have some sort of opinion about him, either positive or negative. That ties Brees for the highest mark among skill players in the league last season.

The poll was conducted Feb. 4-5 among 2,197 U.S. adults. Not every respondent was asked about each player listed in the survey, and responses among the poll’s broader sample and those who identified as sports fans carried respective 4- and 5-point margins of error.