Half of voters back Trump’s economic performance, matching pre-crisis numbers from January 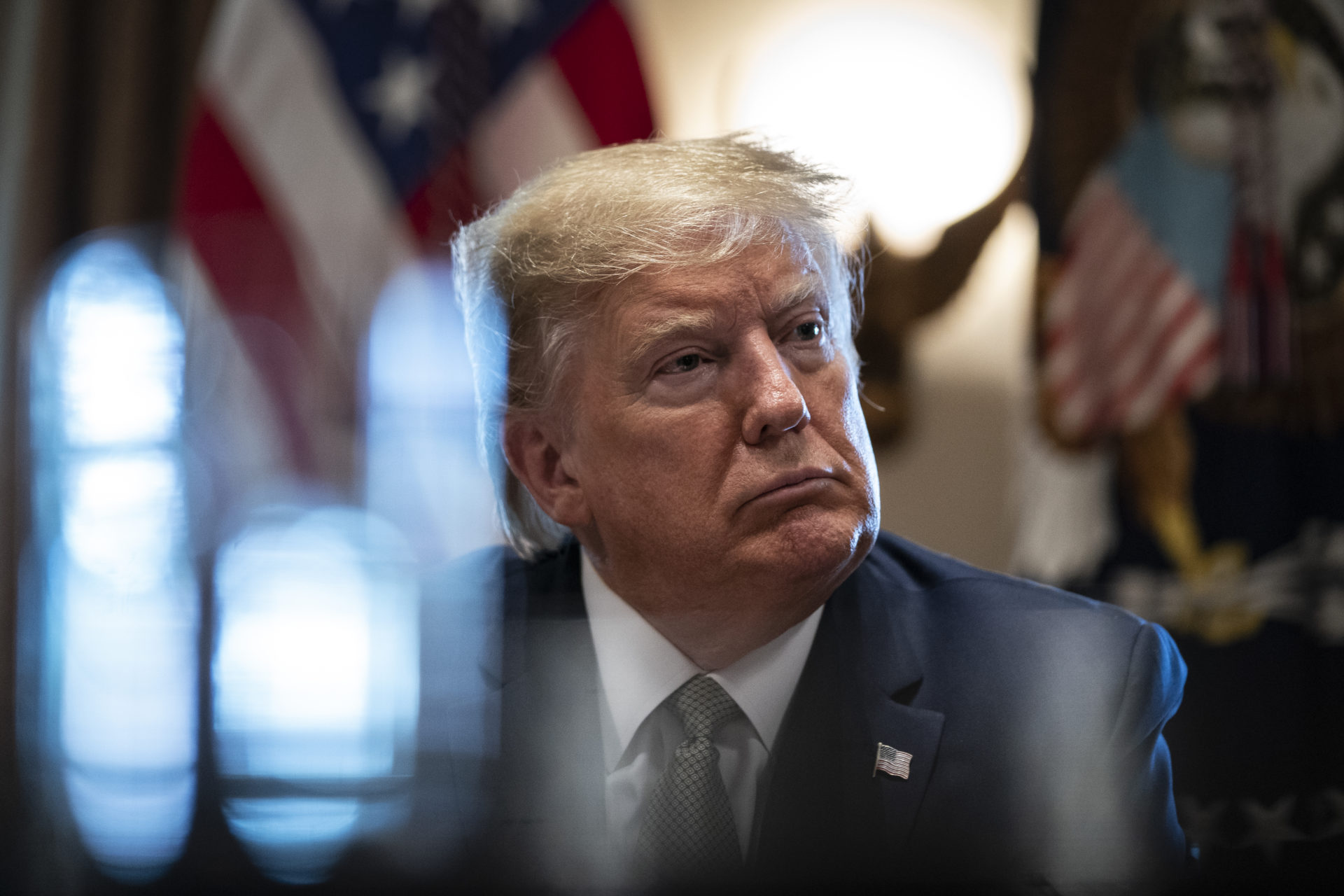 President Donald Trump leads a Tuesday meeting at the White House with travel and tourism industry executives to discuss the economic response to the coronavirus pandemic. A new poll finds recent stock losses fueled by the pandemic are yet to harm perceptions of the president's handling of the economy. (Drew Angerer/Getty Images)
By Eli Yokley

Last week’s turmoil in the stock market and growing concerns about the long-term impact of the coronavirus pandemic on the U.S. economy have not shaken voters’ views on President Donald Trump’s chief selling point as he faces re-election this fall.

A new Morning Consult/Politico poll, conducted March 13-16, found that half of voters approve of Trump’s handling of the economy, statistically similar to findings from polls conducted in the first two months of the year. The figure exceeds his overall approval rating by 7 percentage points and is driven by positive sentiment among nearly 9 in 10 Republicans and a plurality of independents. 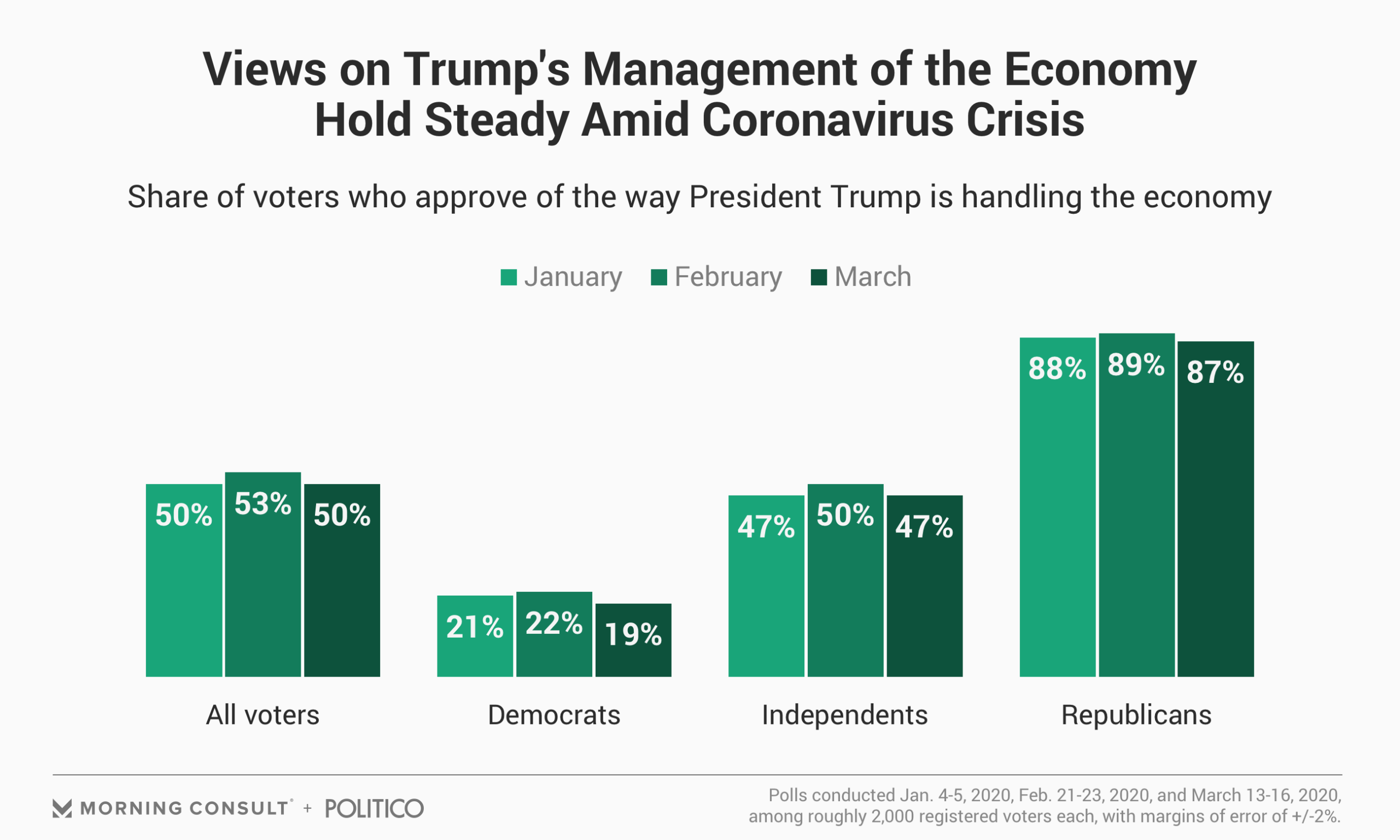 The stability comes as the pandemic’s impact on markets filters down to the American public. Seven in 10 voters said they’d seen, read or heard “a lot” or “some” about the stock market ending its longest bull run in history, and greater shares said the same of the World Health Organization’s labeling of coronavirus as a pandemic and Trump’s declaration of emergency powers to combat it.

In each of the three polls testing Trump’s handling of various issues, voters have graded his economic performance higher than any of the other topics tested, including trade, immigration and health care.

Throughout his tenure in office, Trump has claimed responsibility for the nation’s buoyant economic performance, pointing to gains in the stock market, positive monthly job reports and the low unemployment rate. But the economic situation has rapidly deteriorated amid the coronavirus outbreak, prompting the near-halting of businesses in several cities and states, including local restaurants and mom-and-pop shops, and threatening the future of the travel and tourism industry, particularly in the form of major American airlines.

Trump has acknowledged an economic slowdown due to concerns about the contagion, and his administration has proposed economic measures to mitigate those impacts. Speaking to reporters Tuesday from the White House, Trump expressed confidence in the economy’s prospects after coronavirus eventually subsides — whenever that may be.

“The best thing we can do is get rid of the virus,” he said. “Once that’s gone, it’s going to pop back like nobody’s ever seen before.”

The economic picture could factor heavily into Trump’s re-election chances, as he looks likely to face former Vice President Joe Biden in November. The survey found the incumbent enjoying a 6-point advantage over his presumptive challenger on jobs and the economy, issues that have been consistently top of mind for voters. 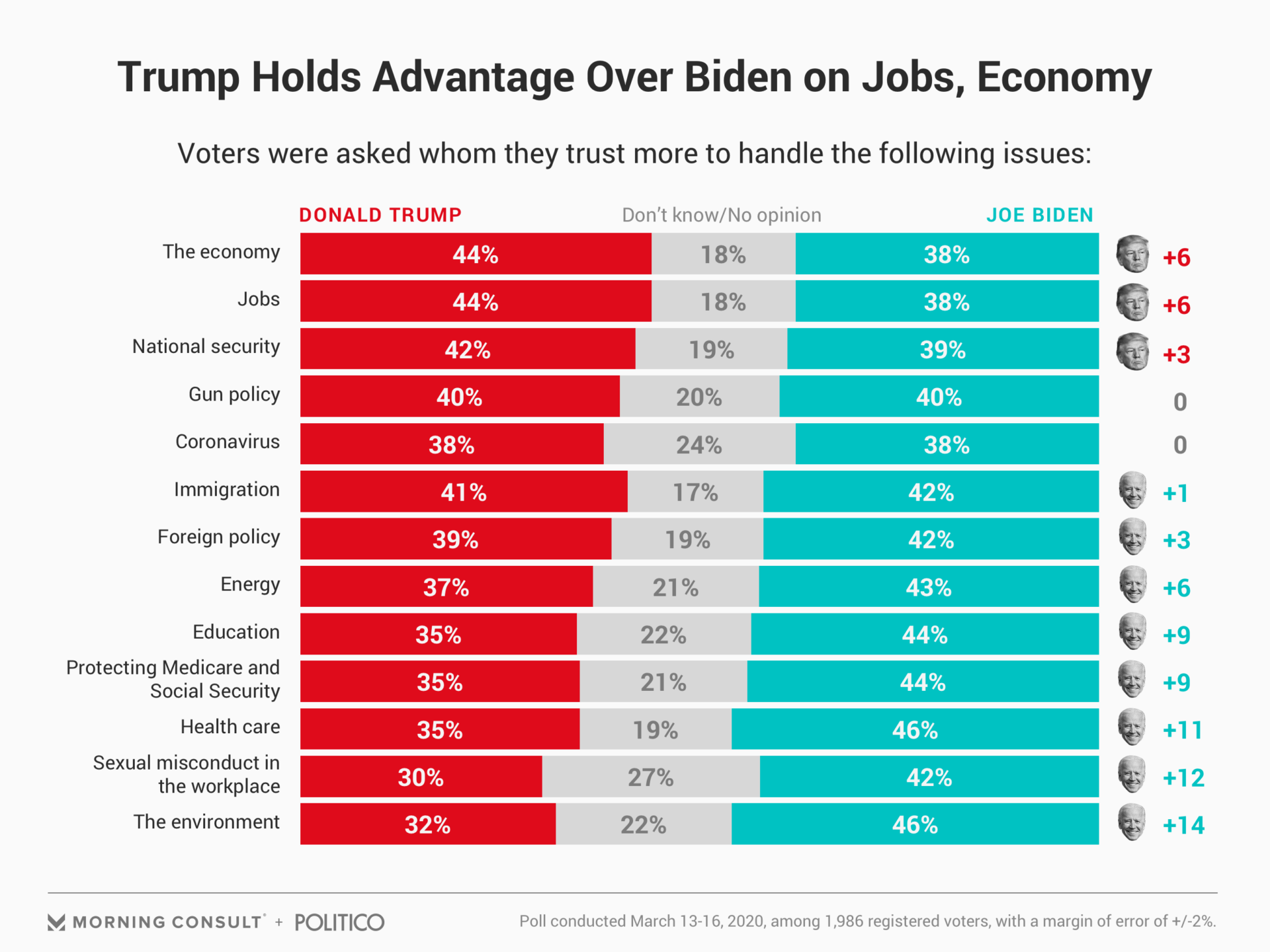 As Americans and state and local officials look to Washington for answers, Biden holds a narrow lead over Trump on a key question of leadership: Forty-two percent of voters said the former vice president would be best for “leadership during a crisis,” compared to 39 percent who said Trump.

The poll had a 2-point margin of error.