Most U.S. Adults Practice Some Degree of Social Distancing Amid Coronavirus Spread

As coronavirus spreads, majority of public is avoiding public places

On March 13, with roughly 2,000 confirmed cases of the coronavirus in the United States, less than a third of states had decided to close schools while bars, restaurants and offices across the nation remained bustling, much to the chagrin of public health officials bracing for crisis. One week later, the United States is settling into a new reality of barren streets, isolation and Zoom calls — but not all Americans are embracing the same level of precautions, according to new Morning Consult data.

The survey, conducted March 17-20, comes as state officials take some of the harshest measures yet to keep people inside their homes, shutting down nonessential businesses and most prohibiting outdoor activity. And despite headlines about college students partying on spring break and packed bars over St. Patrick’s Day weekend, the poll of 2,006 U.S. adults finds that most people are now practicing some form of social distancing.

According to the poll, 5 percent of adults are still continuing to socialize in public places, while 19 percent  say they are not going to public places nor are they socializing with friends and family. The rest of the public falls somewhere in between. 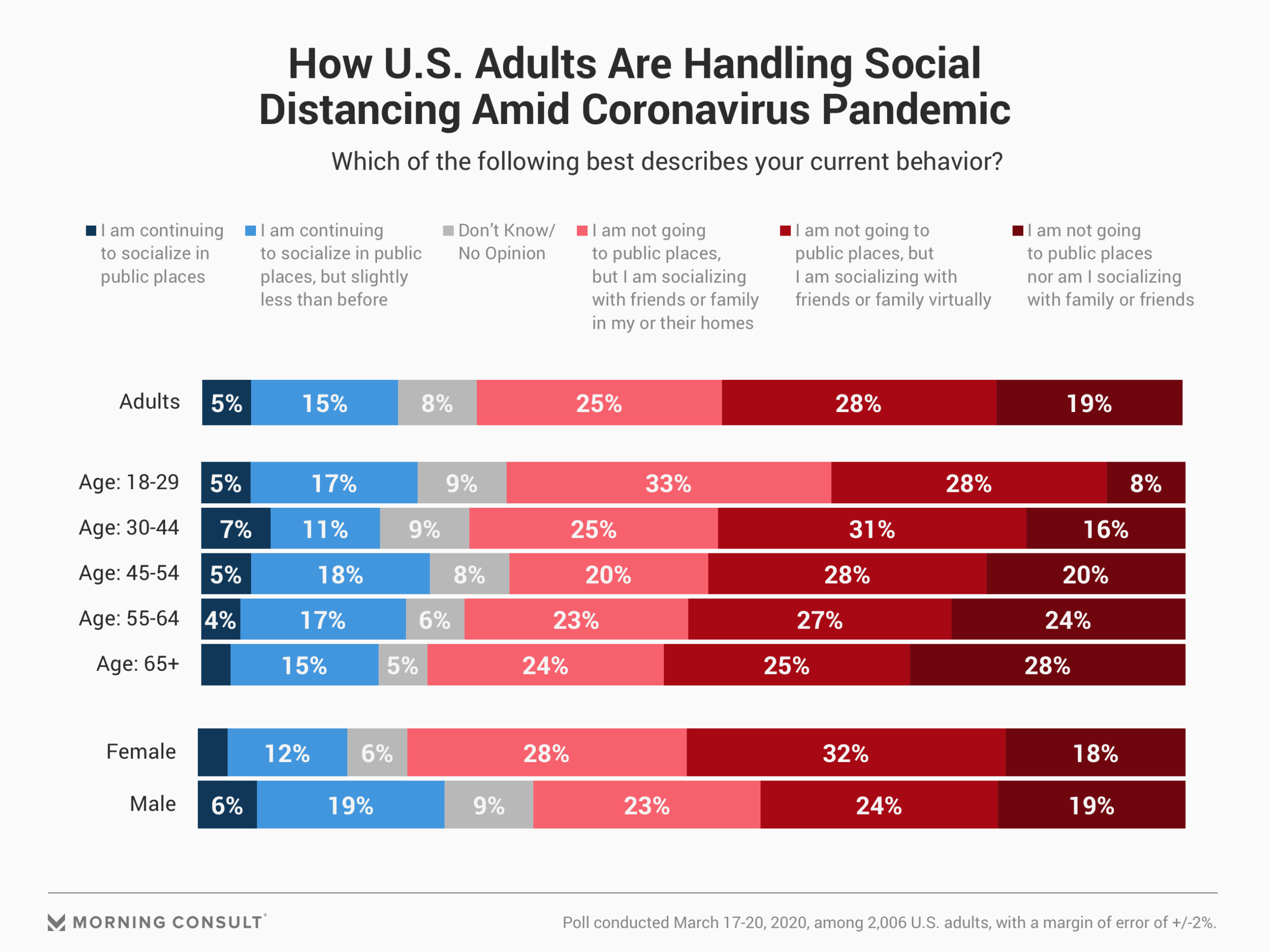 The survey finds significant variation across age groups, with senior citizens more than three times as likely as adults between 18 and 29 years old to report total physical and social isolation. But the youngest adults still report being highly cautious and heeding warnings from the Centers for Disease Control and Prevention, with almost 7 in 10 not venturing into any public places.

More so than young people, it is men who report a higher willingness to disregard the CDC’s guidance, with a quarter saying they are continuing to socialize in public, albeit to a lesser extent now. 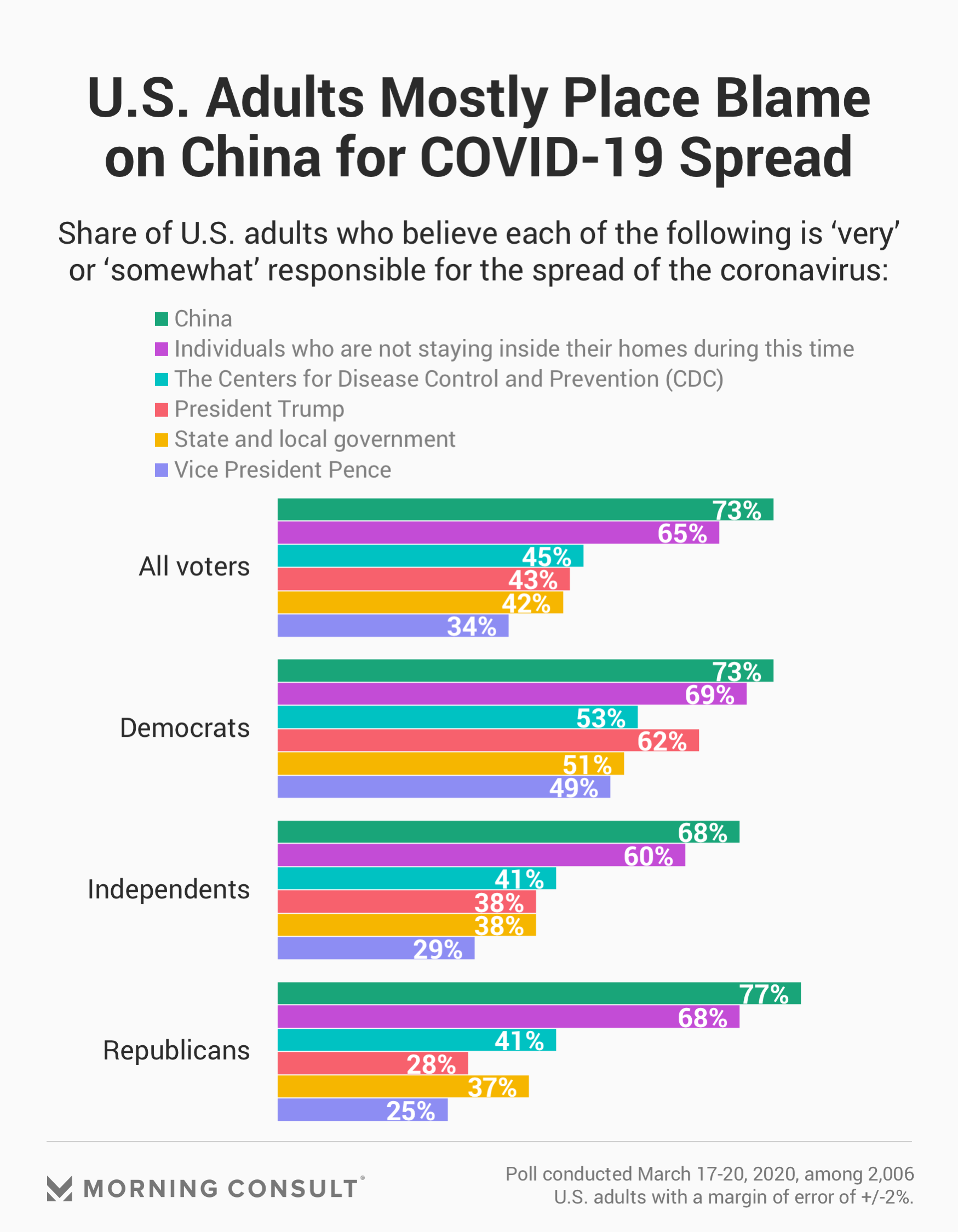 The gender disparity is stronger than variation by political affiliation. Democratic women are only 5 percentage points more likely than Republican women to say they are distancing themselves from others in social settings and maintaining a distance of roughly 6 feet from others when possible (93 percent to 88 percent, within the sample’s 5-point margin of error). But they are 12 points ahead of Democratic men (81 percent).

As social distancing measures tighten and the domestic caseload surges nationwide, U.S. adults are also holding people who are disregarding advice from public health officials to stay home as accountable for the spread of the coronavirus (65 percent), second only to China (73 percent). A 43 percent share of the public also blames President Donald Trump, driven by Democrats.