Voters Are Warming to Trump’s Handling of Coronavirus 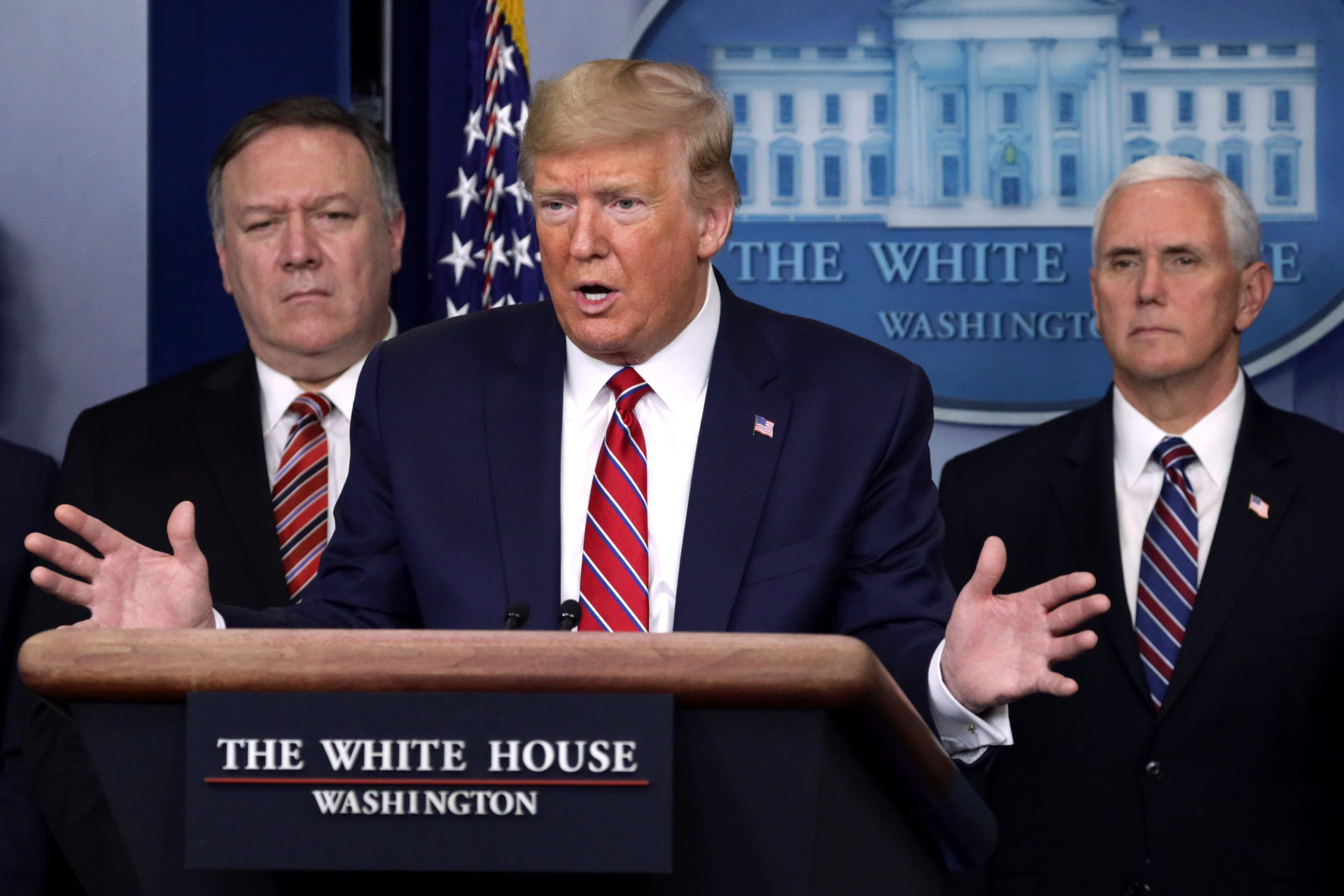 President Donald Trump speaks as Secretary of State Mike Pompeo and Vice President Mike Pence look on during a March 20 news briefing at the White House on the U.S. response to the coronavirus pandemic. A new poll shows that for the first time in nearly a month, a majority of voters approve of Trump's handling of the pandemic. (Alex Wong/Getty Images)
By Eli Yokley

Perceptions of President Donald Trump’s handling of the U.S. response to the coronavirus pandemic jumped this week as his administration, Congress and state and local officials took more dramatic steps to contain the contagion presently spreading across the nation.

A Morning Consult poll conducted Tuesday through Friday found 53 percent of voters approve of Trump’s handling of the spread of coronavirus, compared with 39 percent who disapprove. Taken together, it marks an increase of 10 percentage points in net approval of his coronavirus response since polling conducted March 13-16. 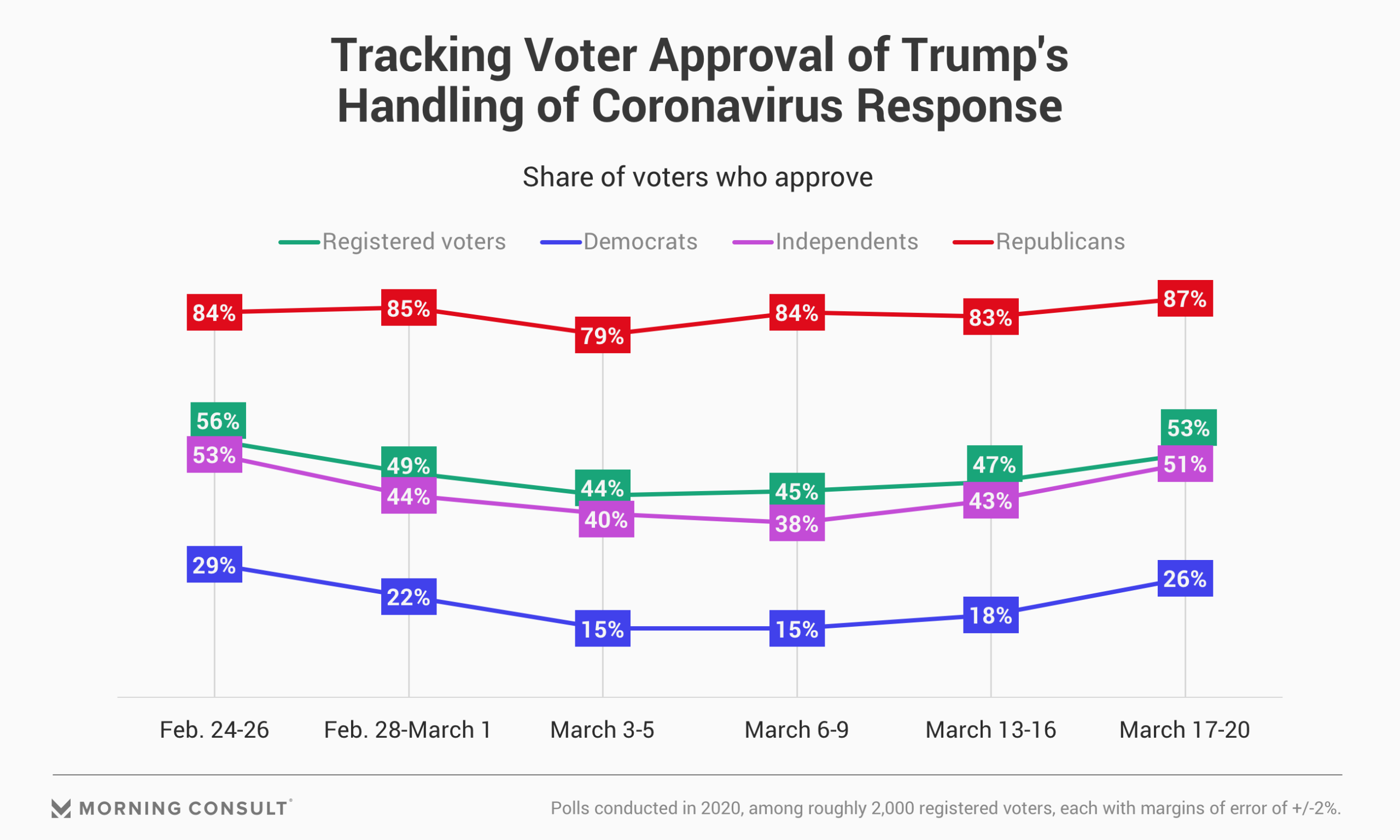 The uptick was largely driven by 8-point bumps in approval among Democrats (from 18 percent to 26 percent) and independents (from 43 percent to 51 percent), while positive sentiment among GOP voters rose from 83 percent to 87 percent.

Trump spent much of the week in front of the cameras, urging Americans to remain distant from each other and signing a bill into law that would increase access to testing. His administration also began crafting a $1 trillion measure to stimulate the economy as bars and restaurants have shut down in several cities, and major businesses in industries as varied as travel and candy have sounded the alarm about hits to their bottom line.

All of this has increased voters’ fears about the spread of the virus, with 62 percent saying they were “very concerned,” up 16 points from the previous poll. A majority of voters — 55 percent — said coronavirus is “a severe health risk” in the United States, up 15 points from March 13-16.

More and more, Trump has referred to coronavirus as the “Chinese virus,” and a plurality (33 percent) said they do blame Beijing for its spread, though that share was statistically unchanged from the previous poll.