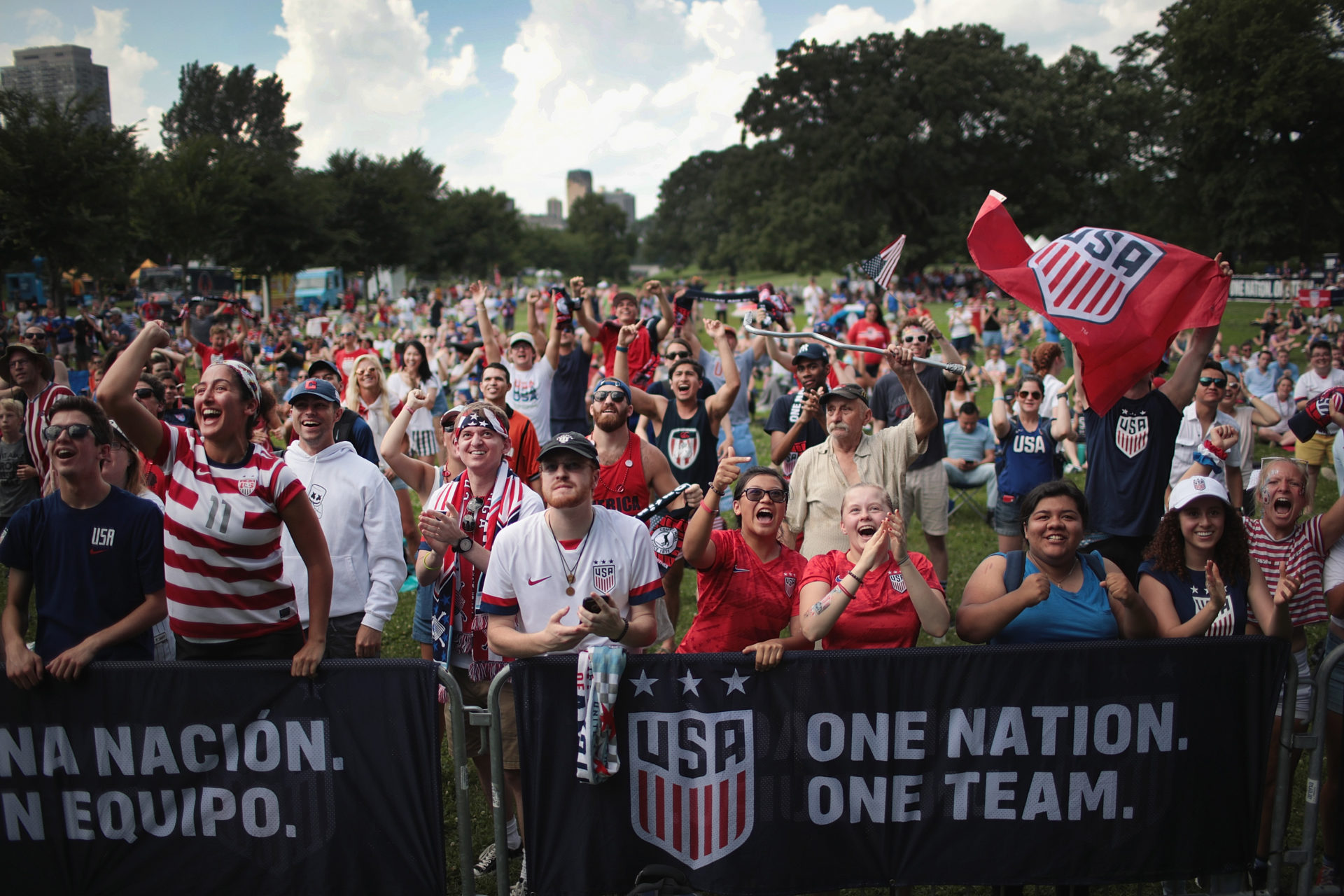 With live sports on hold due to the coronavirus pandemic, sports networks and properties are turning to everything from documentaries to esports to keep fans engaged, and new polling indicates there’s a heartier appetite for the former. 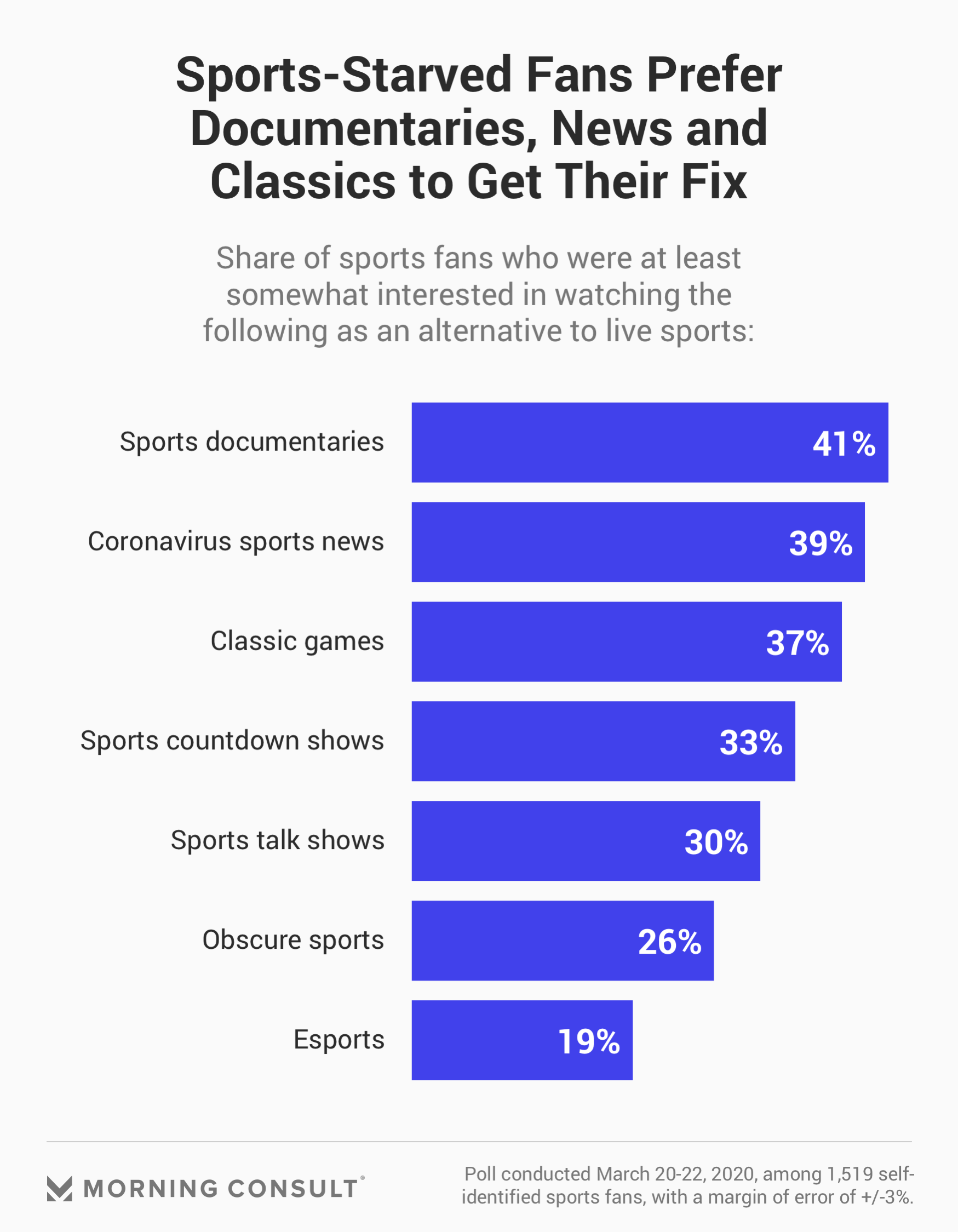 A Morning Consult survey conducted March 20-22 shows that self-identified sports fans are most interested in sports documentaries, news programming related to the pandemic’s impact on sports and classic games as alternatives to watching live sports.

Roughly 2 in 5 sports fans said they are “very” or “somewhat” interested in watching sports documentaries in lieu of live games. ESPN has been leaning on its robust collection of “30 for 30” documentary films for prime-time programming, this week airing an encore presentation of the five-part “O.J.: Made in America” series from Tuesday through Thursday evening. With a dearth of live programming available for promotion, the company has also used the full “30 for 30” collection as a selling point for its ESPN+ streaming service.

Thirty-nine percent of sports fans expressed an interest in news programming that allows them to stay informed about how the coronavirus is affecting the sports world. Since leagues halted competition en masse earlier this month, there has been a consistent stream of coronavirus-related topics for sports news shows to cover, ranging from how lost revenue might impact the salary cap in various leagues to which players and coaches have tested positive for the virus.

And classic games, which 37 percent of sports fans said they would be interested in watching, have been a popular vehicle for leagues and sports properties to keep fans’ attention during the blackout period. The NBA, NFL, NHL and MLB have all opened their respective vaults for free on a temporary basis, allowing fans to stream their favorite moments online. Linear networks have also featured vintage games, with CBS broadcasting historic March Madness matchups and NHL Network airing old Stanley Cup Finals.

Esports, which approximately 1 in 5 sports fans said they are interested in watching as an alternative to live sports, are also having a unique moment: In an effort to appeal to fans of traditional sports, sports properties and media companies have started virtually simulating events that were postponed in real life.

Based on the success of the first race, which Denny Hamlin won in a photo finish, FS1 has already committed to airing another race March 29 from a virtual Texas Motor Speedway. NBC Sports Washington, which carries Wizards and Capitals games during their respective seasons, is also embracing simulated games, airing video game versions of the contests the teams would be playing on a given night.

Also over the weekend, ESPN2 again resurrected “ESPN8: The Ocho,” an allusion to the parody network from the movie “Dodgeball” dedicated to wacky sports. About 1 in 4 sports fans said they’re interested in watching obscure sports such as paintball and axe throwing. The network usually reserves the “Ocho” gag for Aug. 8, but flipped the switch early this year due to the absence of live sports, offering a lineup Sunday that included hamburger eating, cherry pit spitting and cornhole.

With much of the country on lockdown amid the coronavirus pandemic, 20 percent of adults say the lack of live sports is having a “major impact” on their daily lives, with that number rising to 26 percent among sports fans. Nearly half of self-identified “avid” sports fans say the sports shutdown has had a significant effect. 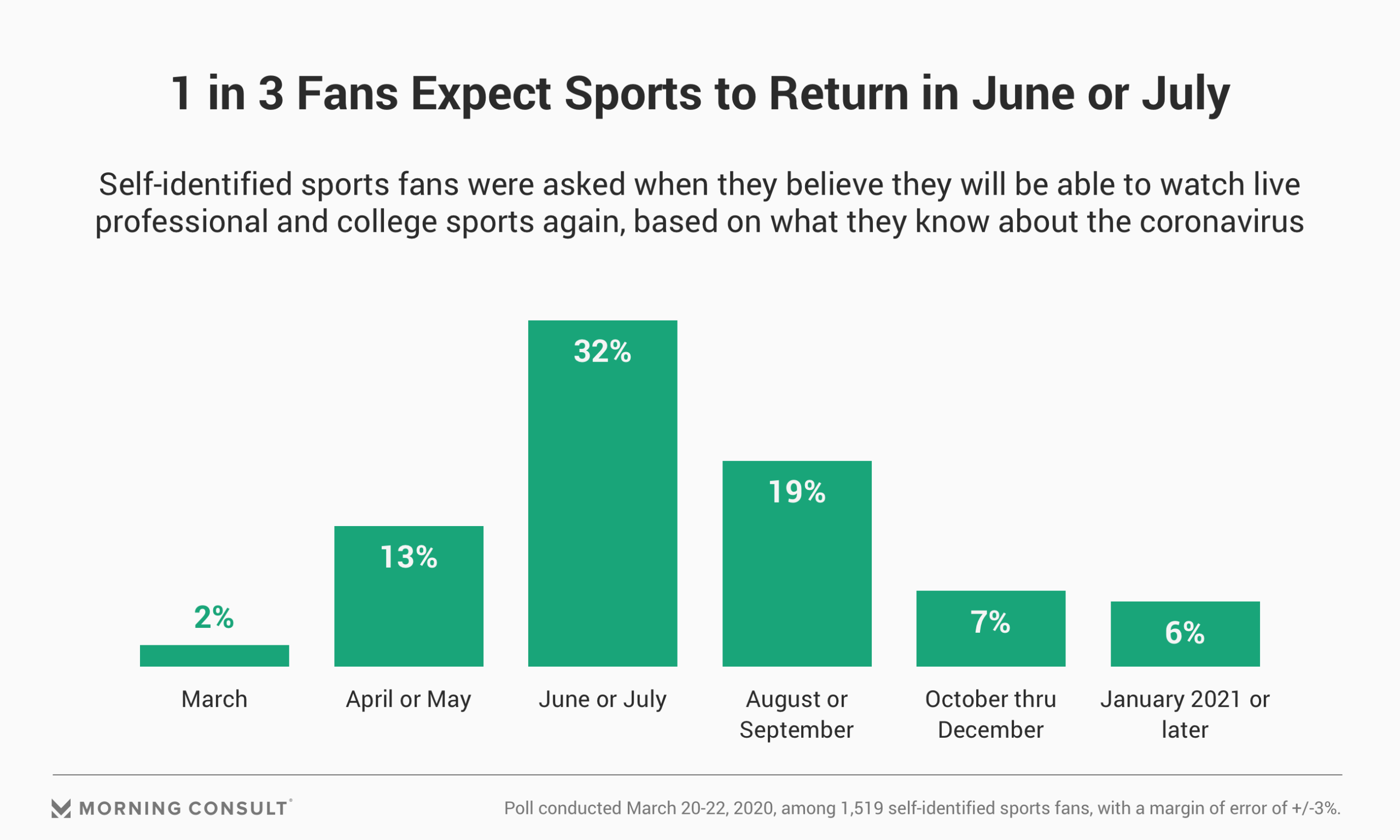 The poll was conducted among 2,200 adults, including 1,519 U.S. adults who identified as sports fans, with a margin of error of 2 percentage points for the overall sample and 3 points for the subsample of sports fans.