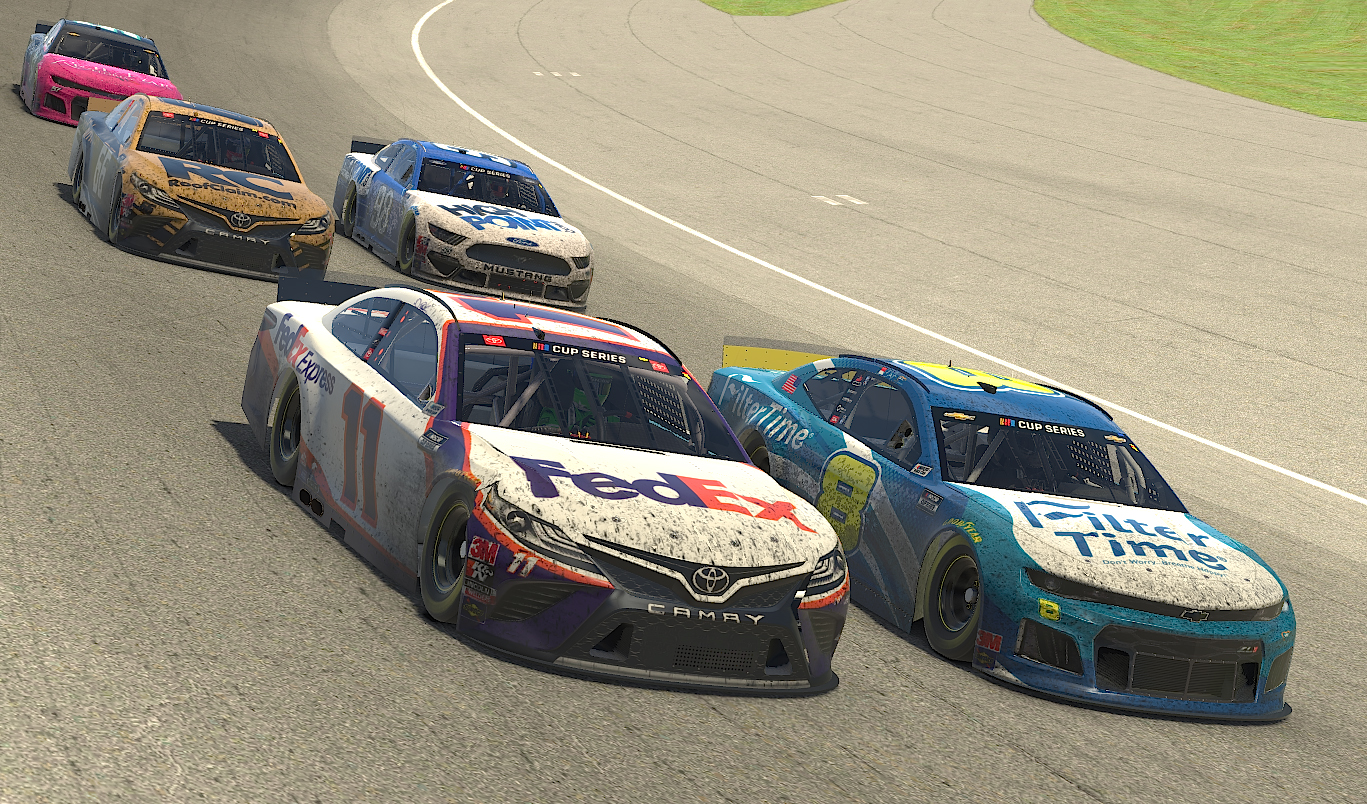 With major sporting events canceled across the country, the debut of the eNASCAR iRacing Pro Invitational Series stands out as one of the few positive developments in an industry that’s been brought to a screeching halt by the coronavirus pandemic.

The first race at the virtual Homestead-Miami Speedway, which featured a field of real-life NASCAR drivers and a Cup Series-quality broadcast, delivered an average audience of more than 900,000 sports-starved viewers for Fox Sports 1 on a Sunday afternoon, marking the largest television audience ever for an esports event, according to Nielsen. It’s also a bigger audience than any IndyCar race drew on NBCSN last year, per Sports Business Journal.

For iRacing.com Motorsport Simulations LLC, the company behind the platform on which the series is being contested, the newfound spotlight has led to an uptick in website traffic and signups, as well as a host of new opportunities.

Steve Myers, executive vice president and executive producer at iRacing, said Wednesday afternoon that the “simracing” service has 120,538 members, a number that has grown rapidly since NASCAR announced the creation of the Pro Invitational Series on March 17. In that time, Myers said about 5,000 new users have purchased access to the online racing simulation, which at current promotional prices ranges from $6.50 for a month to $99.50 for two years, adding fuel to what had already been an accelerating growth trajectory.

“These last two weeks have been on a different planet in terms of the traffic to our website, the member sign-ups and just revenue in general,” Myers said. “Every day we’re breaking the previous day’s record of new member signups.”

Myers said iRacing’s user base had been growing at a consistent 15 percent clip each year before increasing by 30 percent in 2019. The company had been on pace to repeat last year’s growth in 2020 prior to the creation of the Pro Invitational Series.

Myers attributed the 15-year-old company’s recent success to the proliferation of esports and specifically to the growth of its 10-year-old eNASCAR Coca-Cola iRacing Series, in which professional gamers compete for more than $300,000 throughout the course of the season.

The simulation, which is designed to be as close to the real thing as possible, has long been popular among professional drivers as both a training tool and a competitive pastime. Myers estimated that between 5 to 10 percent of the site’s users make a living on real racetracks across the motorsports landscape.

Tim Clark, who oversees all things esports for NASCAR in his role as chief digital officer, said it would have been impossible to create the Pro Invitational Series so quickly had it not been for the fact that so many drivers were already using iRacing.

“What allowed us to make this happen was the infrastructure was there,” Clark said. “iRacing is phenomenal at what they do, our drivers are really engaged on that platform.

“You’re not going to go from being proficient at iRacing to jumping into a race car, but it is part of the development program for new drivers and something our drivers use on a regular basis to become familiar with different tracks and test things out.”

Shortly after Cup Series driver Denny Hamlin took the checkered flag in the Pro Invitational Series’ debut race, Fox Sports announced it would air the rest of the season, which Clark said will continue until real cars are back on real tracks. This Sunday’s race from the virtual Texas Motor Speedway, which would have been the next stop on the real Cup Series schedule, will air at 1 p.m. ET on the flagship Fox broadcast network, positioning the series to break its own esports viewership record.

NASCAR isn’t the only racing series calling on iRacing amid the current sports shutdown. IndyCar is debuting its own iRacing series on Saturday featuring current and former pro drivers and streaming live online. Myers said the company is also in discussions with other racing series and media companies about additional iRacing content.

Like many businesses, the racing industry has been paralyzed by the coronavirus crisis, but Myers hopes simracing can be motorsports’ saving grace.

“Everyone’s hurting right now, but if we all collectively put our heads together, we all benefit from keeping motorsport alive,” he said.