The Week in U.S. Consumer Confidence

Americans’ economic outlook deteriorated this week but not quite as sharply as last week, which remains the worst week for consumer confidence over the past two years. As of Friday morning, the Morning Consult ICS stands at 88.64, down 8.18% from last week. 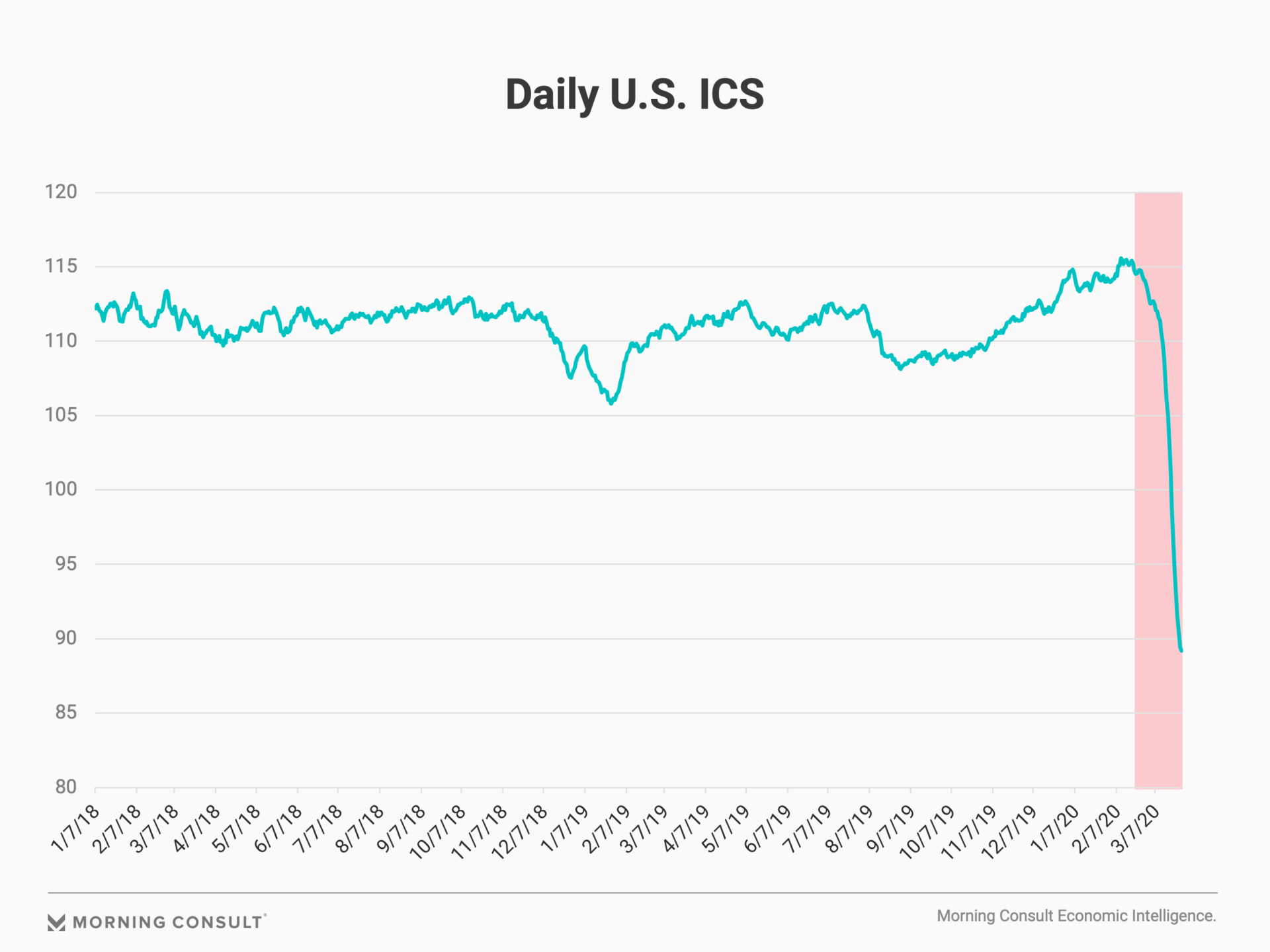 There were two primary economic stories this week relevant to U.S. consumers: the fiscal stimulus package being debated in the Senate and Thursday’s number of initial claims for unemployment insurance (UI). The number of initial UI claims wildly exceeded the consensus forecast. For the week ending Saturday, March 21, 3.3 million Americans filed for initial UI claims, a record high.

As one would expect, the surge in UI claims corresponds to a rapid increase in the share of Americans expecting to be worse off financially.

From March 14 to March 21, the share who said they expected their personal financial system to be worse off in 12 months increased from 14% to 19%. As of Thursday, March 26, it stands at 21%, a much smaller increase than the prior week, but a sign that economic conditions are likely to deteriorate further. 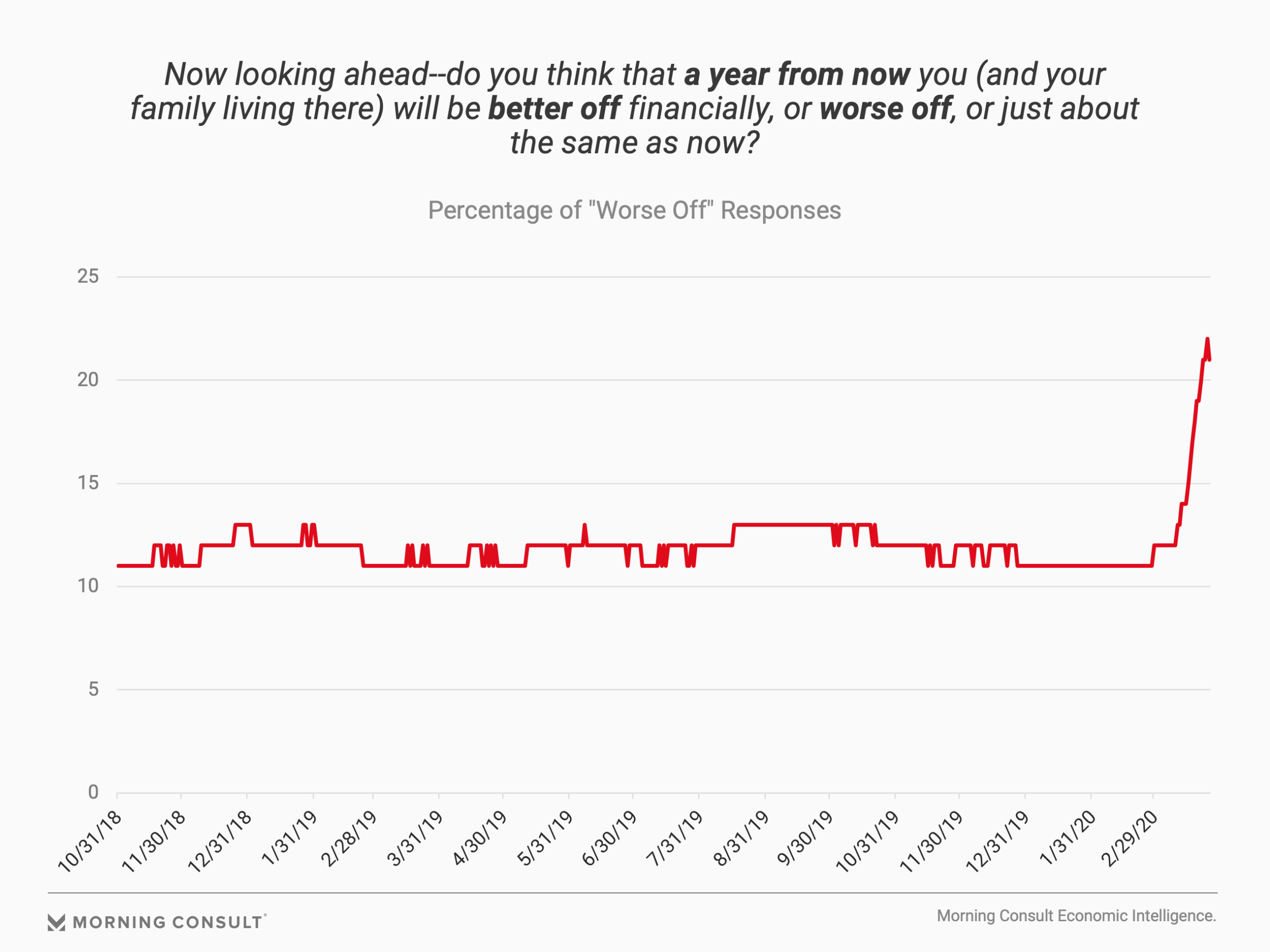 The change in sentiment differs across employment industries, with workers in some industries growing more pessimistic about their future financial condition than others. The future personal financial conditions of employed consumers are more likely to be adversely affected by the pending recession, and consumers’ attitudes reflect this likelihood.

Developments among food and beverage workers highlight countervailing trends in food consumption habits. As restaurants and bars shut down across the country, consumers have migrated to grocery stores and take-out providers. Workers in the food and beverage industry include service providers (such as waiters and bartenders), retail employees (such as grocery clerks), and food manufacturers. While the services sector has taken a hit in recent weeks, anecdotal evidence suggests that grocery store sales have dramatically increased.

This data shows that employed workers across these three segments of the food & beverage industry have grown relatively less pessimistic about their future finances when compared to most other industries. As of March 26, 18% of workers in this industry believe they will be worse off financially 12 months from now, up from 8% on January 1.

These trends across industries will grow even more relevant next week in advance of the March jobs report. 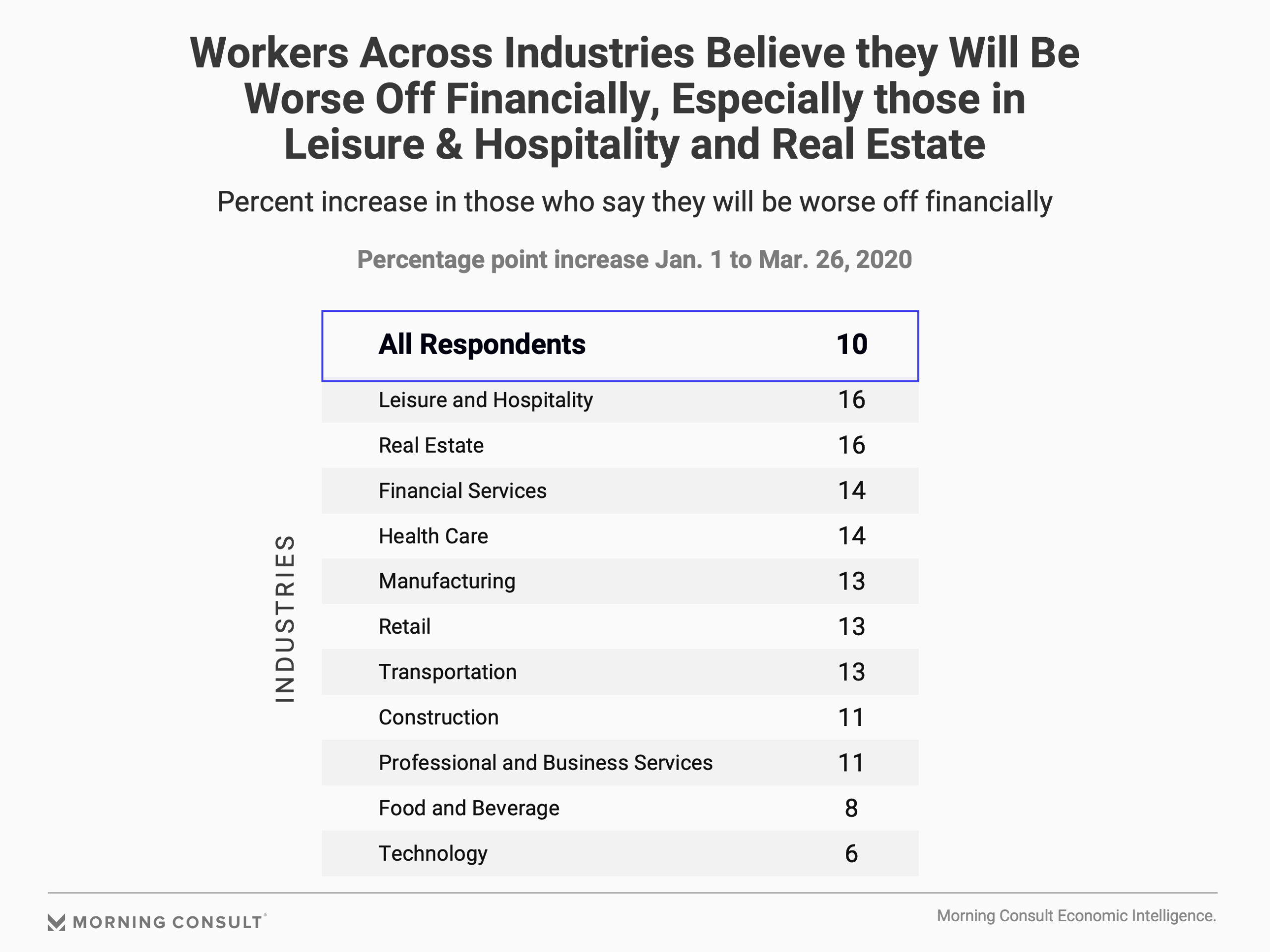 Special
Do NOT follow this link or you will be banned from the site!