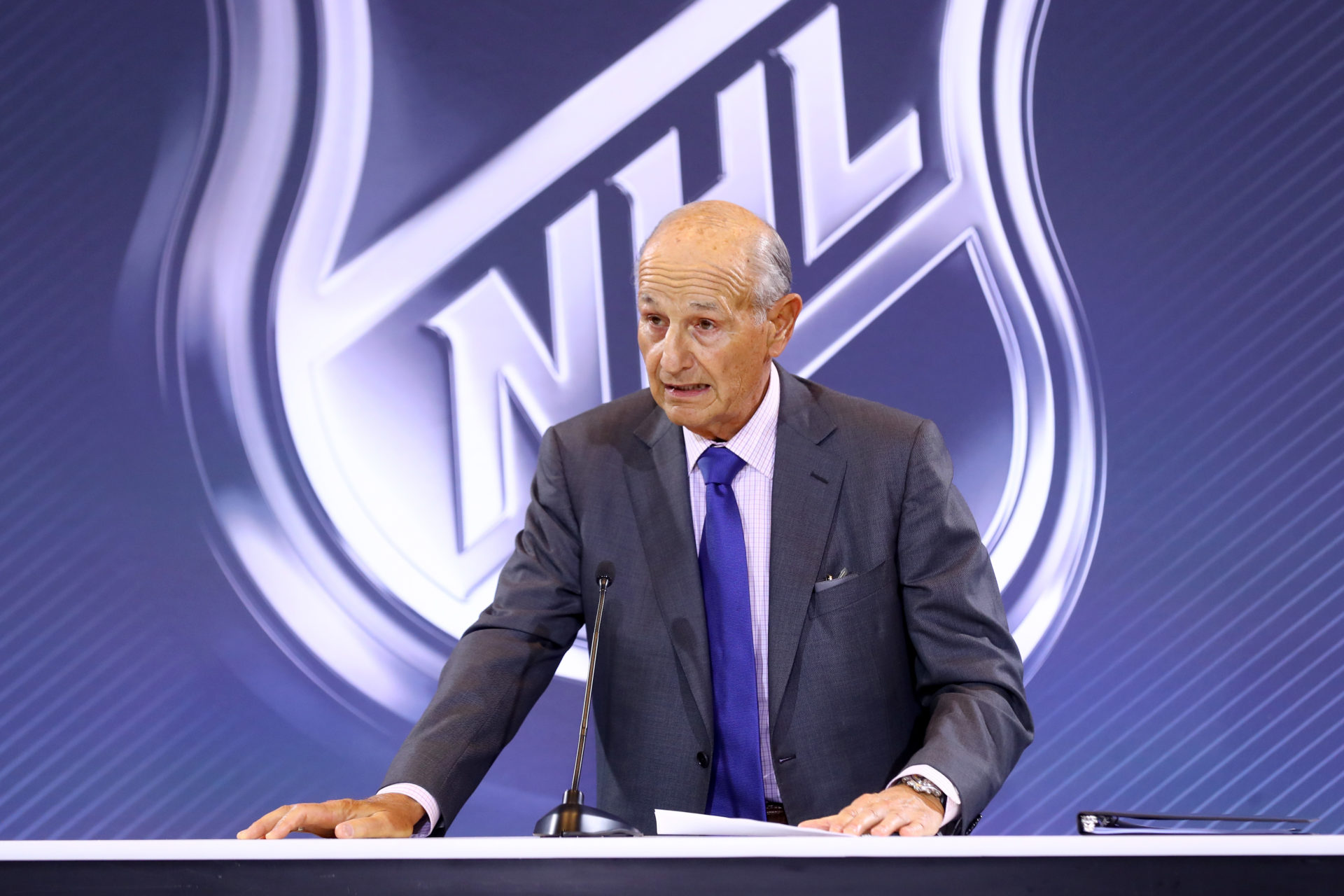 Jeremy Jacobs, owner of the Boston Bruins, at a news conference in Las Vegas on June 22, 2016, in Las Vegas. Jacobs has come under fire after the Bruins' parent company placed full-time staff either on temporary leave or imposed pay cuts. (Bruce Bennett/Getty Images)
By Alex Silverman

The steps that professional sports teams take to weather the sports shutdown brought on by the coronavirus, especially as it pertains to cutting staff, could impact how likely fans are to support them whenever they return to play, according to both Morning Consult polling and public relations experts.

A new Morning Consult poll of 2,200 U.S. adults found that just under 40 percent of 1,501 self-identified sports fans say they are less likely to support a team that lays off either full-time employees or part-time and hourly workers amid the current shutdown of sports in North America, slightly higher than the number who say such layoffs would have no impact on their support. 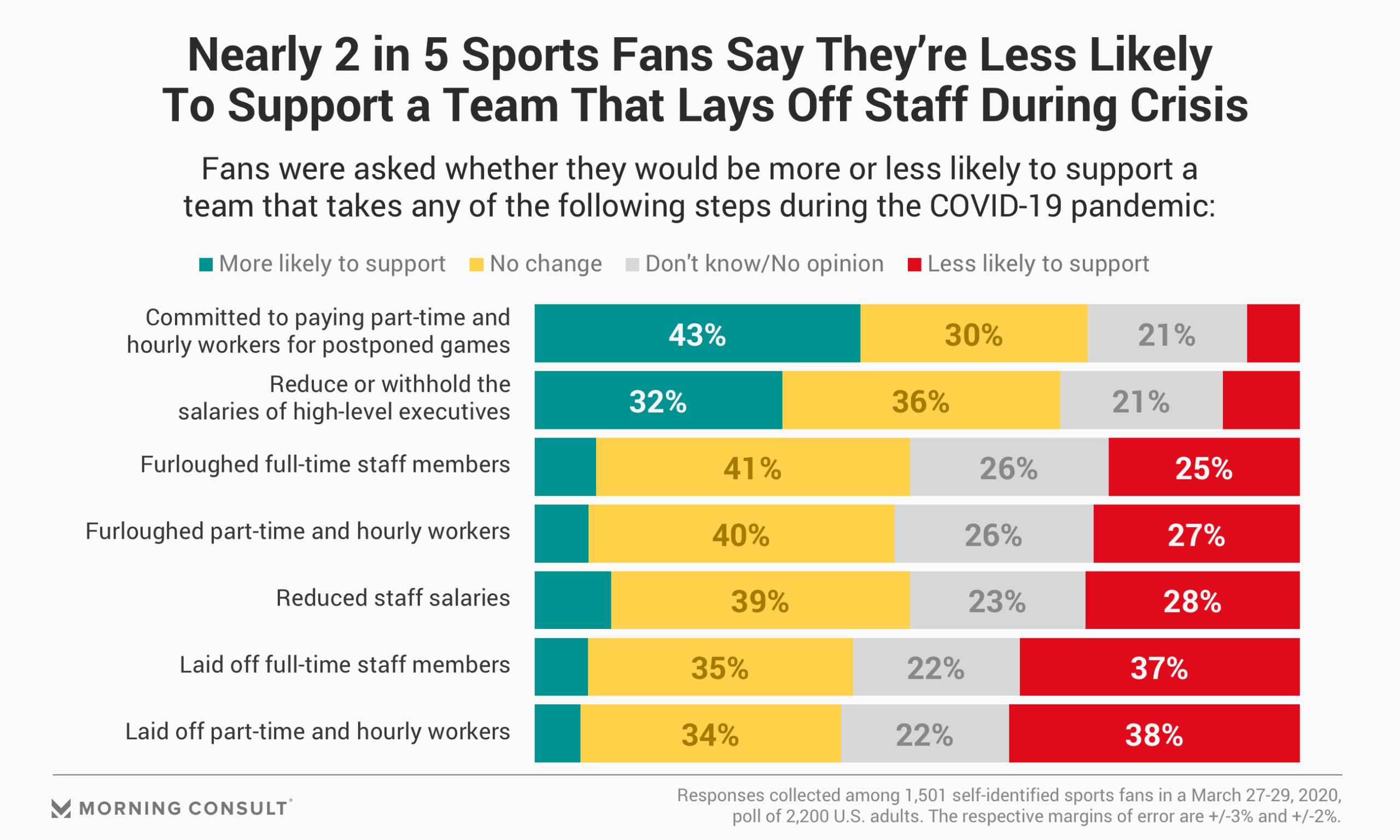 Boston Bruins owner Jeremy Jacobs, whose company Delaware North also owns the TD Garden arena, has drawn the most public ire for slashing payroll thus far. In addition to laying off an undisclosed number of part-time ushers, the company furloughed 68 full-time employees and reduced the salaries of another 82.

Joe Favorito, an independent sports marketing consultant, questioned Jacobs’ actions given the gate-dependent nature of the NHL business model relative to sports with larger media rights deals, as well as uncertainty about how willing fans will be to return to crowded venues once the coronavirus crisis abates.

“The fans will sit there and say: ‘That man or woman was a schmuck. Look at what they did to the hot dog workers or the vendors. Why would I give them my money when I could go and do something else now?’ And by the way, they may have found out that there’s other things they can do,” Favorito said. “You better damn well sure be doing all the right things now.”

The March 27-29 poll also shows teams can gain support by displaying benevolence during the crisis. More than 40 percent of fans said they are more likely to support a team that commits to paying part-time and hourly employees for postponed games, and more than 30 percent are more likely to support an organization in which top executives take pay cuts or forego their salaries.