On Social Distancing Guidance, Voters Have Trust Issues With Trump 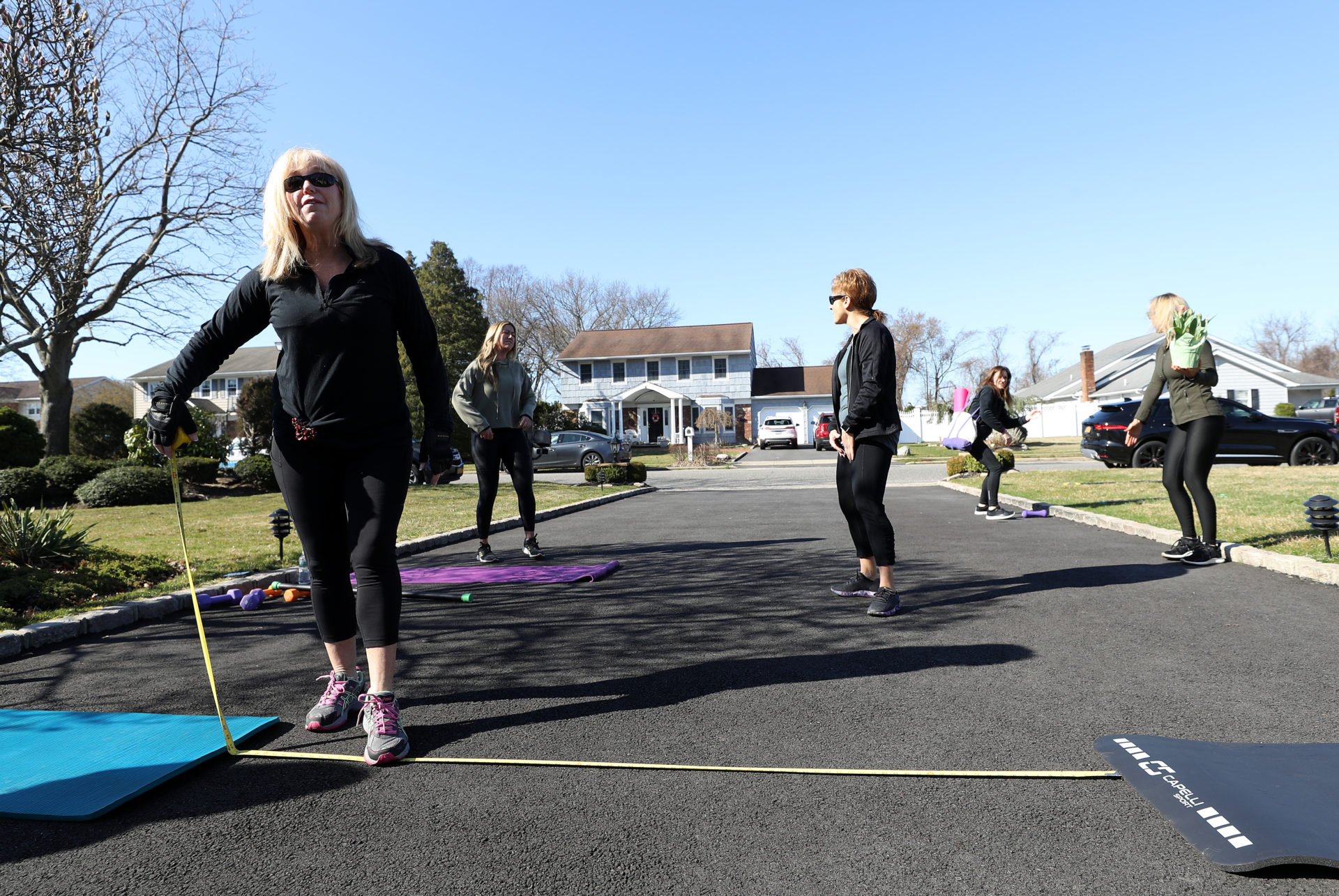 Veronica King of Sayville measures a distance of 7 feet between mats prior to an outdoor class run by fitness instructor Jamie Benedik in the driveway of her home on March 26, 2020, in West Islip, N.Y. (Photo by Al Bello/Getty Images)
By Yusra Murad

President Donald Trump announced Sunday that his administration would be extending its social distancing measures for another 30 days — a timeline that public health officials have warned is still too optimistic. But according to new Morning Consult/Politico data, the president’s guidance may not be so impactful: A majority of voters wouldn’t trust Trump’s recommendation on when to loosen restrictions anyway.

As the gravity of the coronavirus pandemic has set in, Americans once critical of harsh measures abroad have taken on a more sober tone, practicing social distancing to protect themselves from the infection that has killed more than 40,000 worldwide and turned the United States into the newest epicenter of the outbreak.

The March 27-29 survey of 1,997 registered voters suggests the public understands these protective measures may have to last much longer than previous estimates from the president. One out of five voters said relaxing social distancing measures by returning to public spaces in the next month — by April 27-29, just before the April 30 target date set by the administration — would be a good idea. And voters are split on whether an extension to two months would suffice, with equal shares of voters saying that timeline is a good idea (38 percent) versus a bad idea (37 percent).

The poll has a margin of error of 2 percentage points.

But as Trump and many conservative lawmakers have diverged from the nation’s leading health experts, the outlook on when the United States can again embrace public life has fractured along party lines, with Republicans roughly twice as likely as Democrats to say it is a good idea to resume congregating in large groups in the next two weeks (15 percent vs. 6 percent), next month (26 percent vs. 12 percent) or next two months (50 percent vs. 29 percent). The Democratic and Republican subsamples each have 4-point margins of error.

That split appears to be because Republicans, unlike the general electorate, hold Trump’s recommendations on when Americans are safe to gather in large groups in high regard, with their trust in the president second only to the Centers for Disease Control and Prevention. Though a 55 percent majority of voters say they have little to no trust in the president’s recommendations on social distancing, Republicans are as likely to trust Trump (70 percent) as they are the World Health Organization (69 percent). 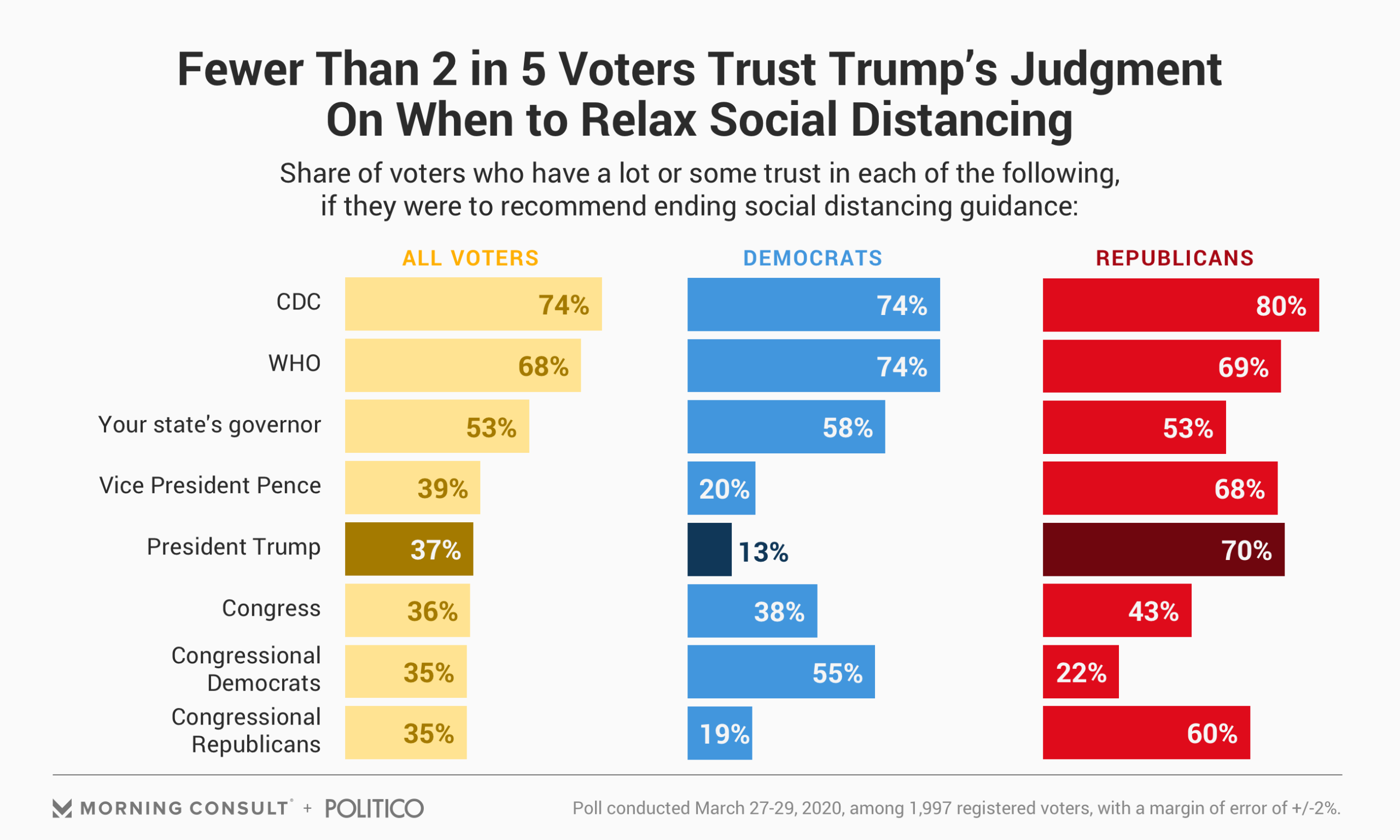 The poll finds that the majority of voters are not placing their trust in the president or vice president, but rather in the CDC (74 percent), WHO (68 percent) and their state’s governor (53 percent). In the absence of sweeping federal regulations, state and local authorities have forged their own paths, with roughly three-quarters of Americans now under the umbrella of a shelter-in-place or stay-at-home order. Even if the president chooses not to further extend the federal guidelines past April 30, governors maintain authority over their own states.