Dr. Anthony Fauci, left, director of the National Institute of Allergy and Infectious Diseases, listens on as President Donald Trump speaks to reporters following a meeting of his coronavirus task force on March 26. A new poll finds 74 percent of voters are satisfied with the quality of information they've seen from Fauci, while 45% said the same was true of the president. (Chip Somodevilla/Getty Images)
By Eli Yokley

Sen. Shelley Moore Capito (R-W.Va.) told reporters on Monday that President Donald Trump should let the health care experts guide his near-daily press briefings on the coronavirus pandemic, a suggestion that would apparently be welcomed by voters.

A new Morning Consult/Politico poll found the greatest share of voters (76 percent) are satisfied with the quality of information they’ve seen about the ongoing pandemic from Dr. Anthony Fauci, head of the National Institute of Allergy and Infectious Diseases and a recurring figure at the White House coronavirus task force briefings, while 45 percent are satisfied with information from Trump. 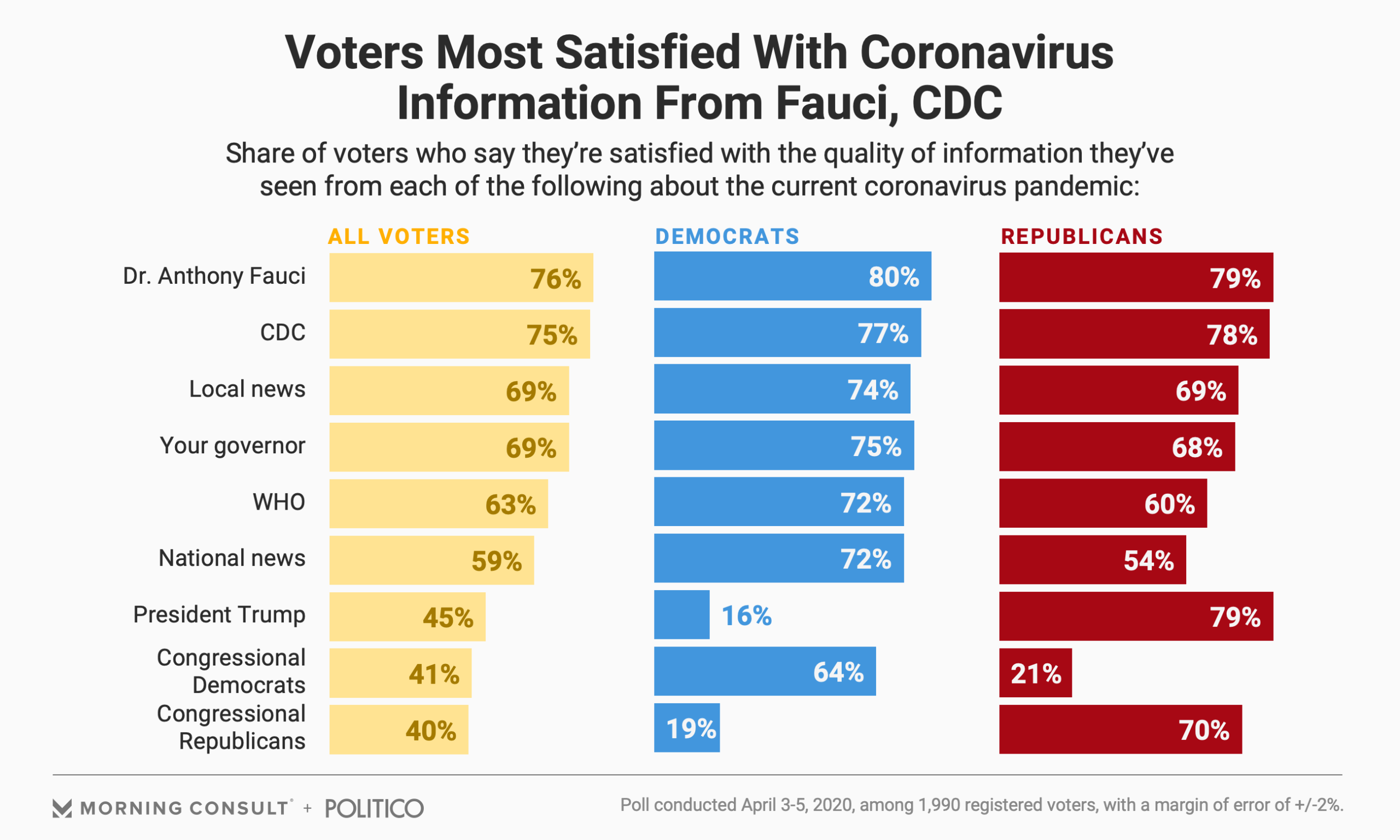 Information delivered by the Centers for Disease Control and Prevention, local news and the nation’s governors is also satiating the public’s appetite for quality information in a bipartisan way, while Trump and Republicans and Democrats on Capitol Hill are largely only pleasing voters from their respective sides of the aisle.

The early evening briefings — featuring a varied cast of White House advisers and health, law enforcement and military officials as well as members of the business community — have gripped the attention of the press, and have been likened by some to “mini-Trump rallies” for their meandering and lengthy nature and frequent attacks on the press.

Capito, at the Capitol this week for a pro-forma session of the Senate, told reporters Trump’s briefings can go “off the rails a little bit,” and said the president would be better served by a “consistent message” led by health professionals such as Fauci in the briefings, which are attracting large audiences. The April 3-5 poll, which surveyed 1,990 registered voters and has a margin of error of 2 percentage points, found 80 percent have watched at least some of Trump’s briefings, with little variance between Democrats and Republicans. 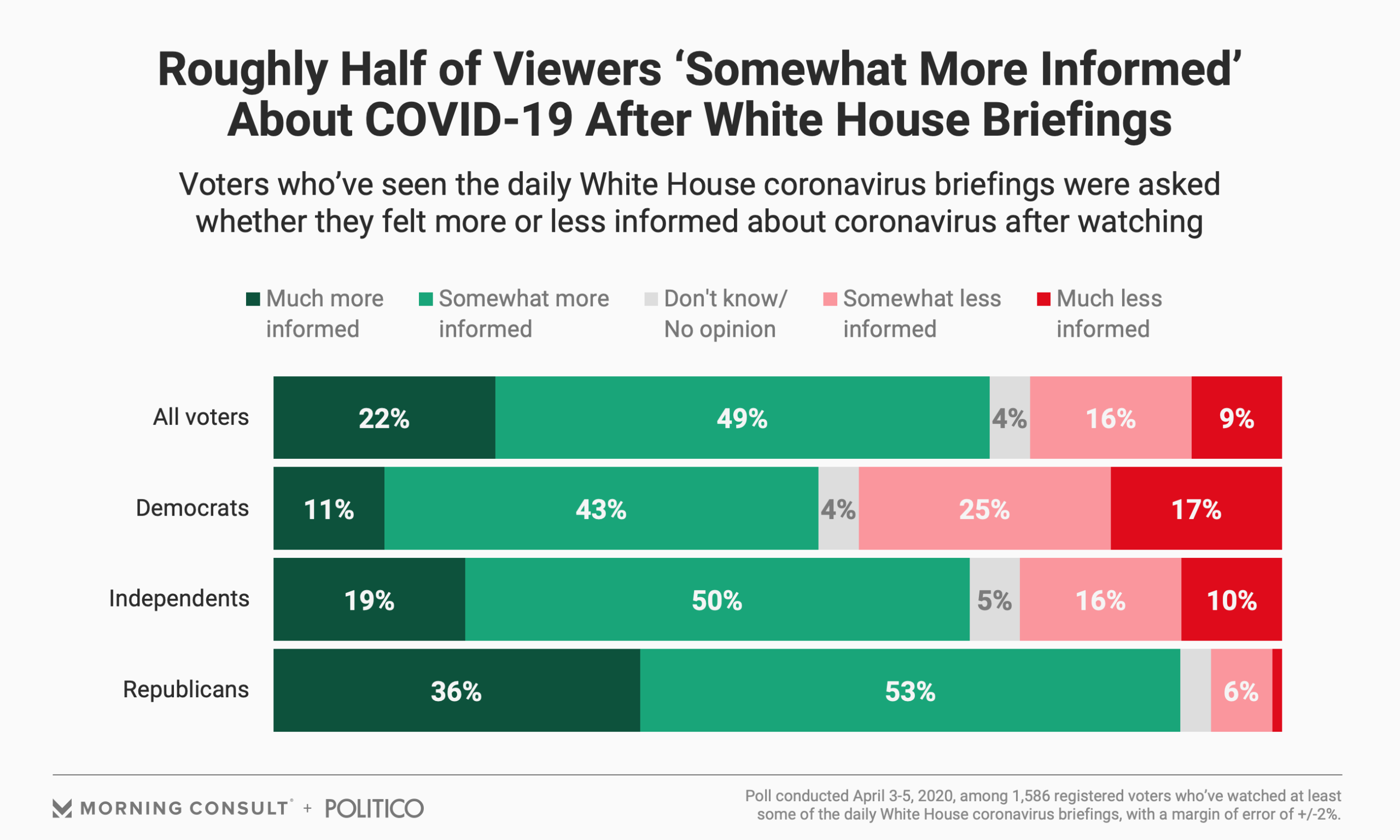 Among voters who’ve watched the briefings, 22 percent said they felt “much more informed” about coronavirus, including just 11 percent of Democrats and 36 percent of Republicans. Almost half said they were “somewhat more informed.”

Some have questioned whether the briefings should even be aired on television at all. Jon Favreau, the former speechwriter to President Barack Obama and co-host of “Pod Save America,” a popular podcast for progressives, likened them to “a free campaign commercial” and launched a petition demanding networks stop airing them.

Trump has called his own press conferences “vital,” and his incoming White House press secretary Kayleigh McEnany, who has been working on his re-election campaign, accused outlets that do not air them of keeping “info from people during a pandemic.”