By a 20-point margin, voters disapprove of Trump’s choice not to reopen health insurance exchanges 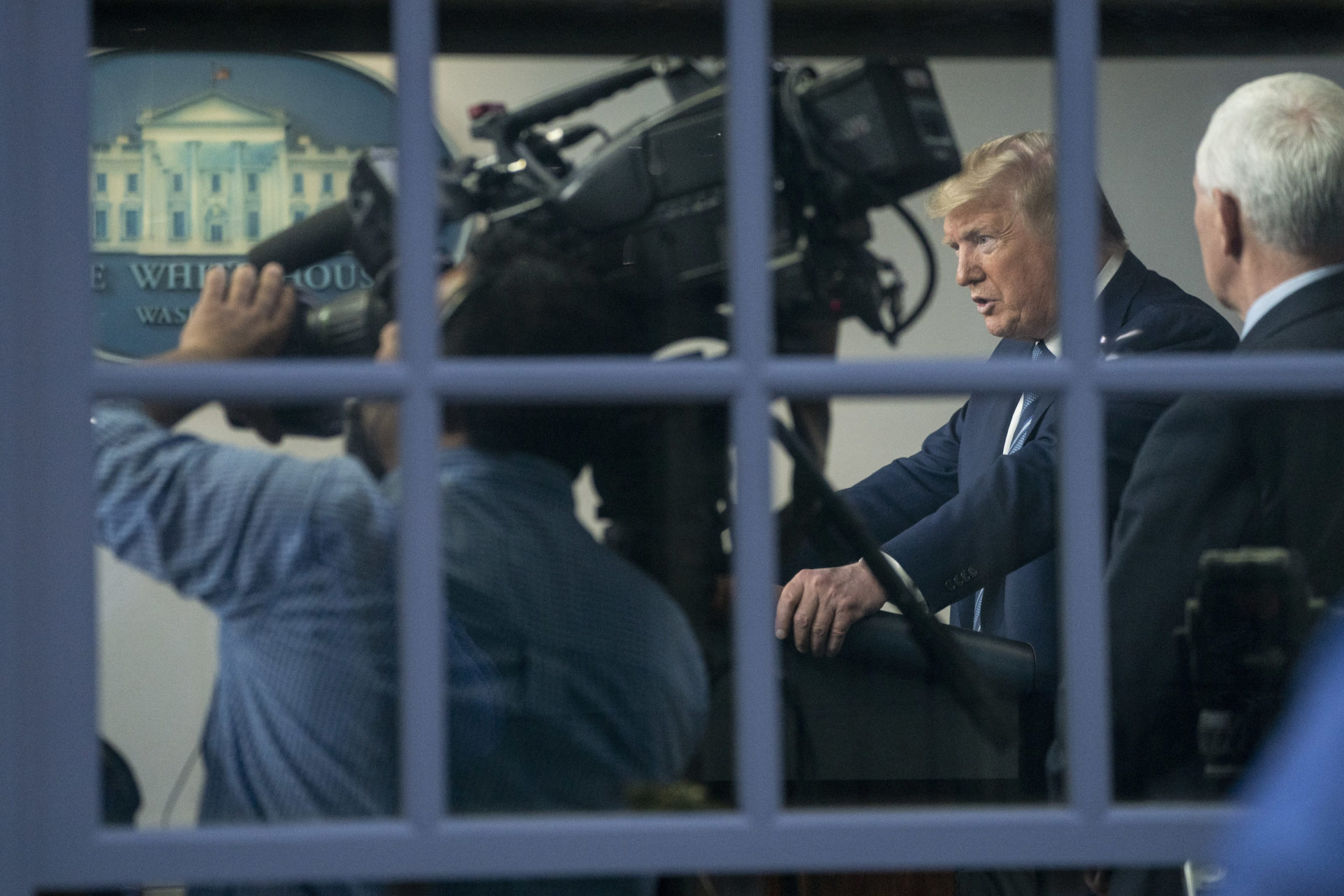 President Donald Trump addresses reporters during the April 5 White House coronavirus task force briefing at the White House. According to a new poll, 50 percent of registered voters disapprove of Trump's decision not to reopen the Obamacare health care enrollment exchanges amid the coronavirus pandemic. (Sarah Silbiger/Getty Images)
By Eli Yokley

The Trump administration’s decision to not reopen the federal health insurance exchanges for millions of newly unemployed Americans appears to be a political loser for a president — and a Republican Party in Washington — that already faces a trust deficit on health care. 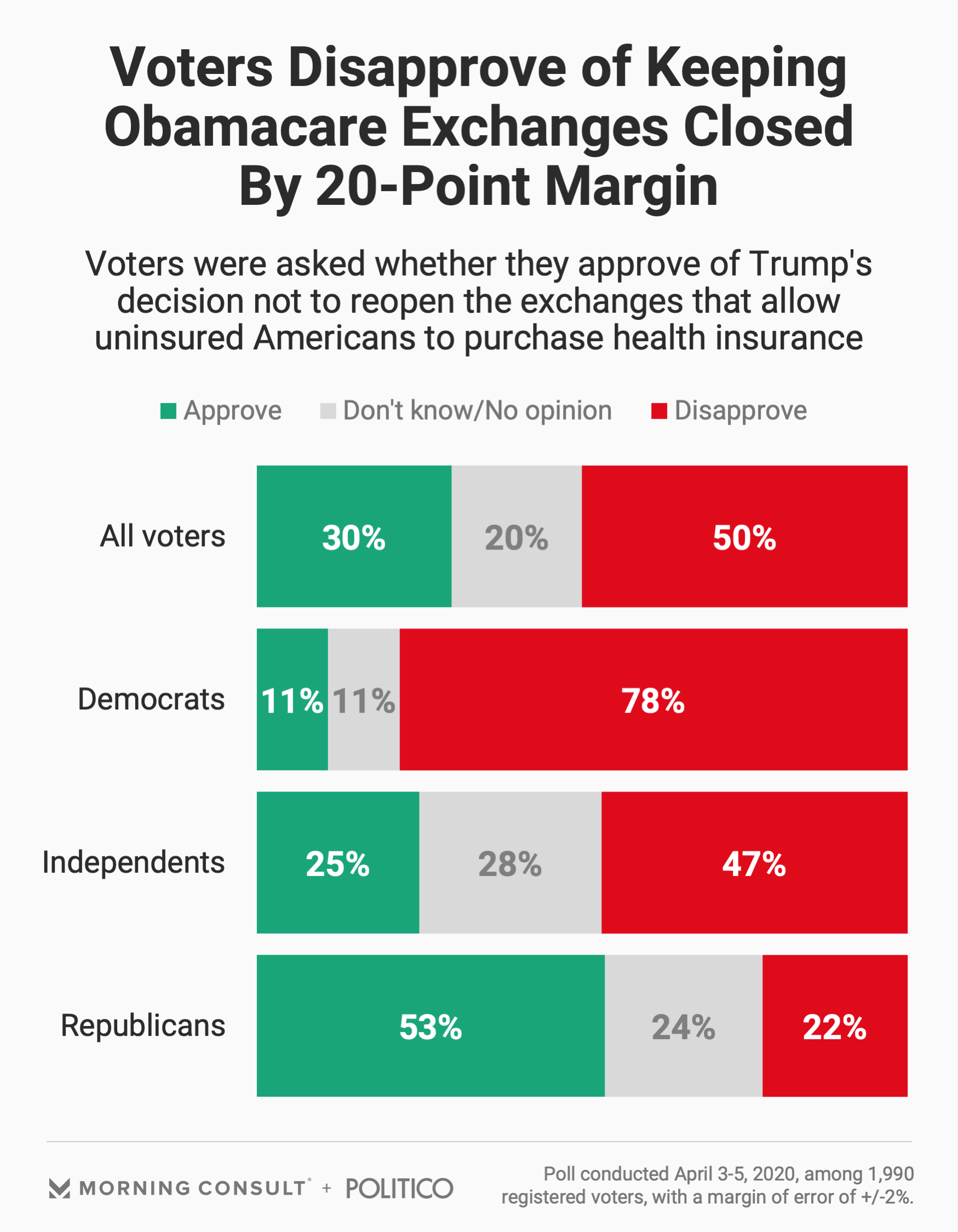 A new Morning Consult/Politico poll found half of registered voters disapprove of President Donald Trump’s decision not to reopen the Affordable Care Act’s HealthCare.gov portal for a special enrollment period, while 30 percent approve. Fifty-three percent of Republican voters approve of Trump’s move, but 22 percent disapprove. Independent voters disapprove of the decision by a margin of 22 percentage points, while Democrats disapprove by a 67-point margin.

In defense of the decision, Trump administration officials have noted that people who lost their employer-provided coverage are eligible for a special enrollment period or Medicaid, depending on the state, and Trump said Friday that uninsured Americans should not be concerned about costs associated with COVID-19 treatment.

The decision has implications for large swaths of the country, as a recent Economic Policy Institute report found an estimated 3.5 million Americans likely lost their employer-provided health insurance in recent weeks. Nearly two-thirds of states rely on the federal health insurance marketplace, including much of red-state America, while six others use the federal platform, which controls eligibility and enrollment functions, to administer their own marketplace, according to the Kaiser Family Foundation.

A dozen states — including New York, California and Minnesota — and the District of Columbia administer their own insurance marketplaces, and all of them but Idaho have reopened them in recent weeks to account for the influx of newly unemployed and uninsured people

Related: Despite a Decade of Challenges, ACA Has Support Among 55% of Voters

Trump’s decision not to follow suit amid the coronavirus pandemic could provide a cudgel for former Vice President Joe Biden and congressional Democrats as they seek to refocus the 2020 campaign around health care, an issue that helped House Speaker Nancy Pelosi (D-Calif.) reclaim the chamber’s gavel in the 2018 midterm elections.

Biden, the presumptive Democratic presidential nominee, has called on Trump to reopen the Obamacare exchanges, while his campaign has dispatched surrogates to make the case in places such as Florida, home to the country’s largest federally run exchange. The Democratic Senatorial Campaign Committee has hit Republican incumbents and called the move “indefensible,” and the Democratic Congressional Campaign Committee has dubbed the decision on exchanges part of Republicans’ “crusade against the health and safety of the American public.” 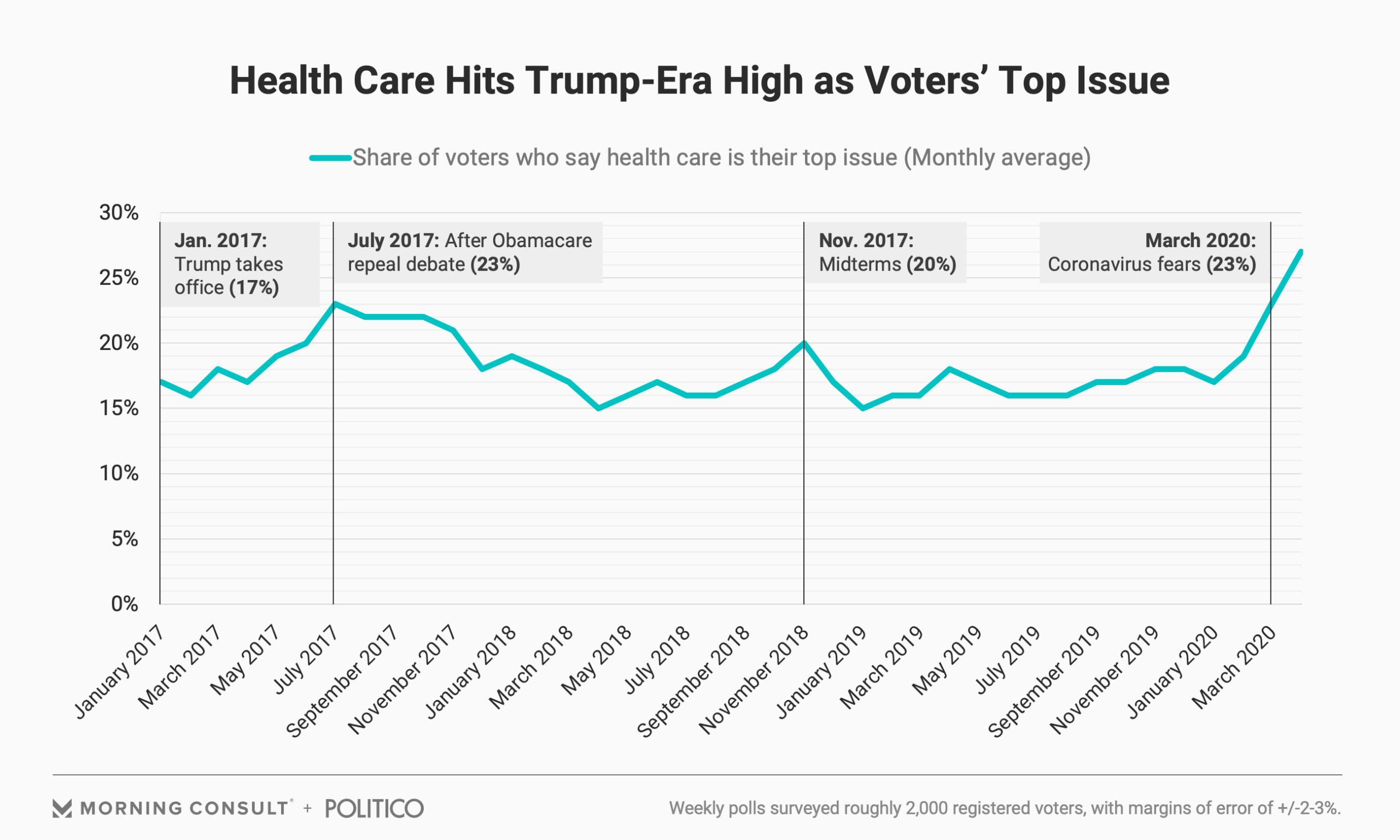 But neither presidential contender nor party has a trust advantage on coronavirus, with roughly 2 in 5 each saying they trust Biden or Trump more in the most recent survey, and voters split at 37 percent over Democrats or Republicans in Congress in the March 27-29 poll. Both polls have a 2-point margin of error.