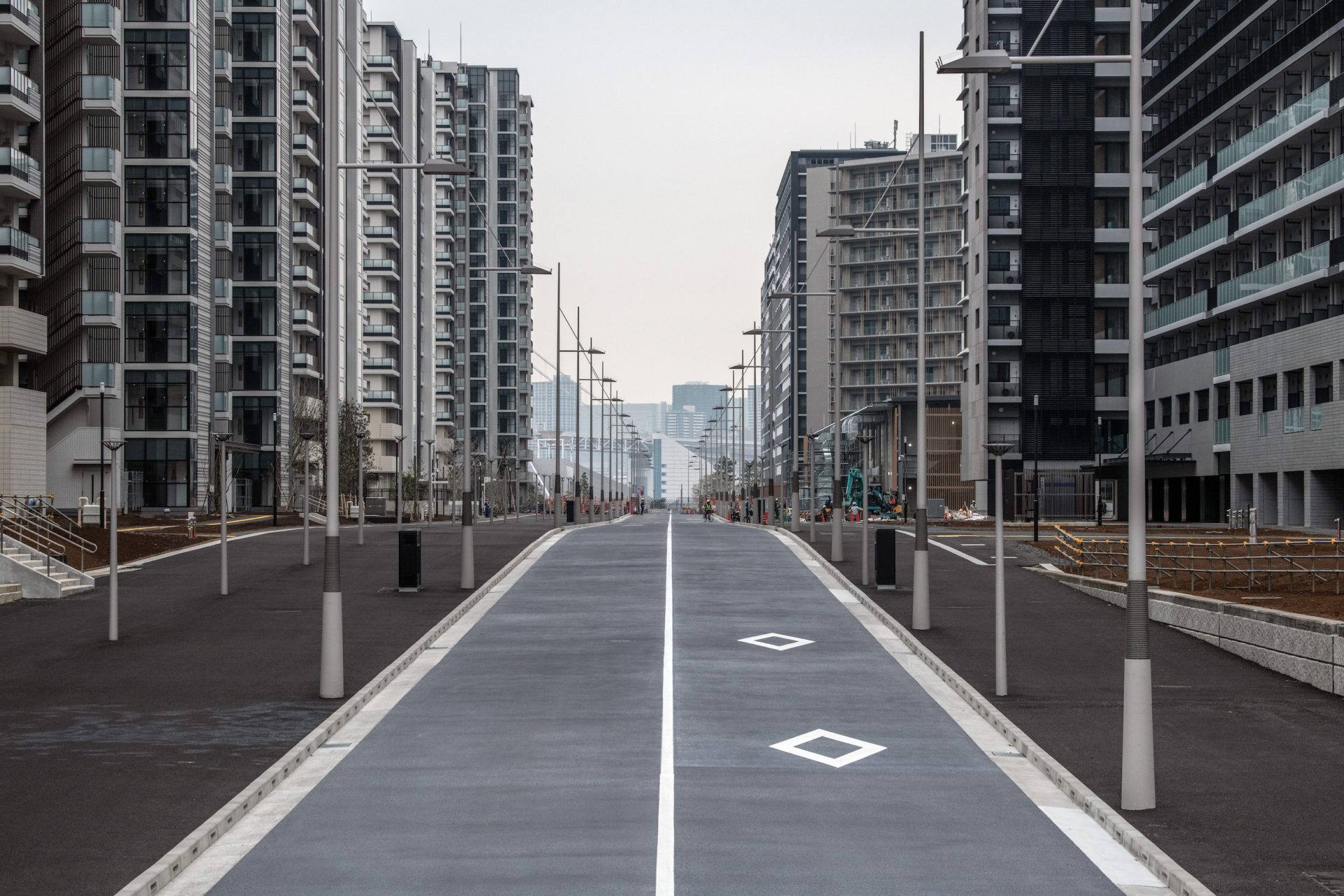 A road leads through the Olympic Village in Tokyo, Japan. Airweave Inc., which manufactured roughly 18,000 mattresses for Olympians for the Games, is going to have to eat about $4 million due to the event's postponement, but hopes that the extended run-in will give it more opportunity to market its product. (Carl Court/Getty Images)
By Alex Silverman

For Japanese mattress manufacturer Airweave Inc., which does roughly 97 percent of its business in its home country, a partnership with the Tokyo Olympic Games represents a massive platform to build international brand awareness. That platform, however, just got considerably more expensive, as the 13-year-old company is looking at roughly $4 million in expenses tied to the Games’ delay, a figure that represents about 2.5 percent of the company’s 2019 revenue.

Airweave is one of countless brands, broadcasters and athletic organizations grappling with the financial ripple effects of the first postponement in modern Olympic history, which shifted the Tokyo 2020 Games to the summer of 2021 due to the coronavirus pandemic.

While the company has supported Olympic athletes in varying capacities since 2008, Airweave’s presence for the Tokyo Games far exceeds its previous involvement: The company is providing roughly 18,000 beds for athletes to use in the Olympic Village during the event, which is now scheduled for July 23 to Aug. 8 next year.

With thousands of athletes from around the world using the mattresses — each with the ability to customize firmness based on their particular body type with the help of a smartphone app — Airweave president & CEO Motokuni Takaoka believes Olympians will be converted into unofficial brand ambassadors.

“Top athletes are sensitive to how they feel after sleeping on a certain mattress,” Takaoka wrote in an email. “They become a believer once they recognize that the mattress is helping their performance, and will talk about it to their friends, families and colleagues.

“We are hoping that our brand awareness expands in such an organic manner,” he added.

The rescheduling of an event years in the making has impacted a wide range of Olympic stakeholders. Airweave is one of more than 60 domestic partners of Tokyo 2020, according to the organizing committee website, each of which had its own promotional plans for this summer. That’s in addition to the International Olympic Committee’s 14 TOP sponsors, each of which spend an estimated nine figures per four-year Olympic cycle for the privilege of being associated with the rings.

Each national Olympic committee, such as the U.S. Olympic and Paralympic Committee, also has its own corporate partners whose businesses are impacted by the shift. Broadcasters like NBCUniversal, which on its own sold more than $1 billion in advertising for the two-week event this summer, also find themselves in uncharted territory due to the unprecedented move.

Most of the costs that Airweave will have to eat are tied to on-the-ground marketing. The mattress manufacturer, which generated about $150 million in revenue last year, took out an ad touting its role as the mattress provider for the Olympics on a prominent billboard in Tokyo’s Roppongi Hills mixed-use development. The company also arranged a pop-up shop nearby that allows visitors to experience the mattress customization service Airweave offers athletes staying in the Olympic Village.

By the time the IOC announced its decision to postpone the Games on March 24, Takaoka said, it was too late to cancel either the billboard spend or the pop-up shop, the latter of which is set to open to the public this Friday. In addition to the space itself, Airweave’s costs associated with the shop include wages for six dedicated employees and 10 support-staff members.

In addition to the $4 million, Airweave could incur additional costs related to storage of its athlete beds. The company had fulfilled half of the order at the time of the postponement and had planned to deliver the rest by June.

Despite the added expenses, Takaoka said Airweave could benefit from an extension of the buildup to the Games. After presenting its customizable mattress concept at last year’s preparatory Chef de Mission Seminar, several national Olympic committees reached out to Airweave about its products for their athletes. Company leadership traveled to Australia to fit Aussie athletes and presented to French Olympic coaches and officials.

Now, with an extra year leading up to the Games, Takaoka is hopeful that the company will have additional opportunities to familiarize athletes and sports authorities with its products.

“We have been in touch with several Olympic committees who got interested in this mattress concept,” Takaoka said. “With the longer buildup to the Games, we can contact other Olympic teams and get more athletes to try in advance so that they can enter the Games with better understanding of our mattress.”