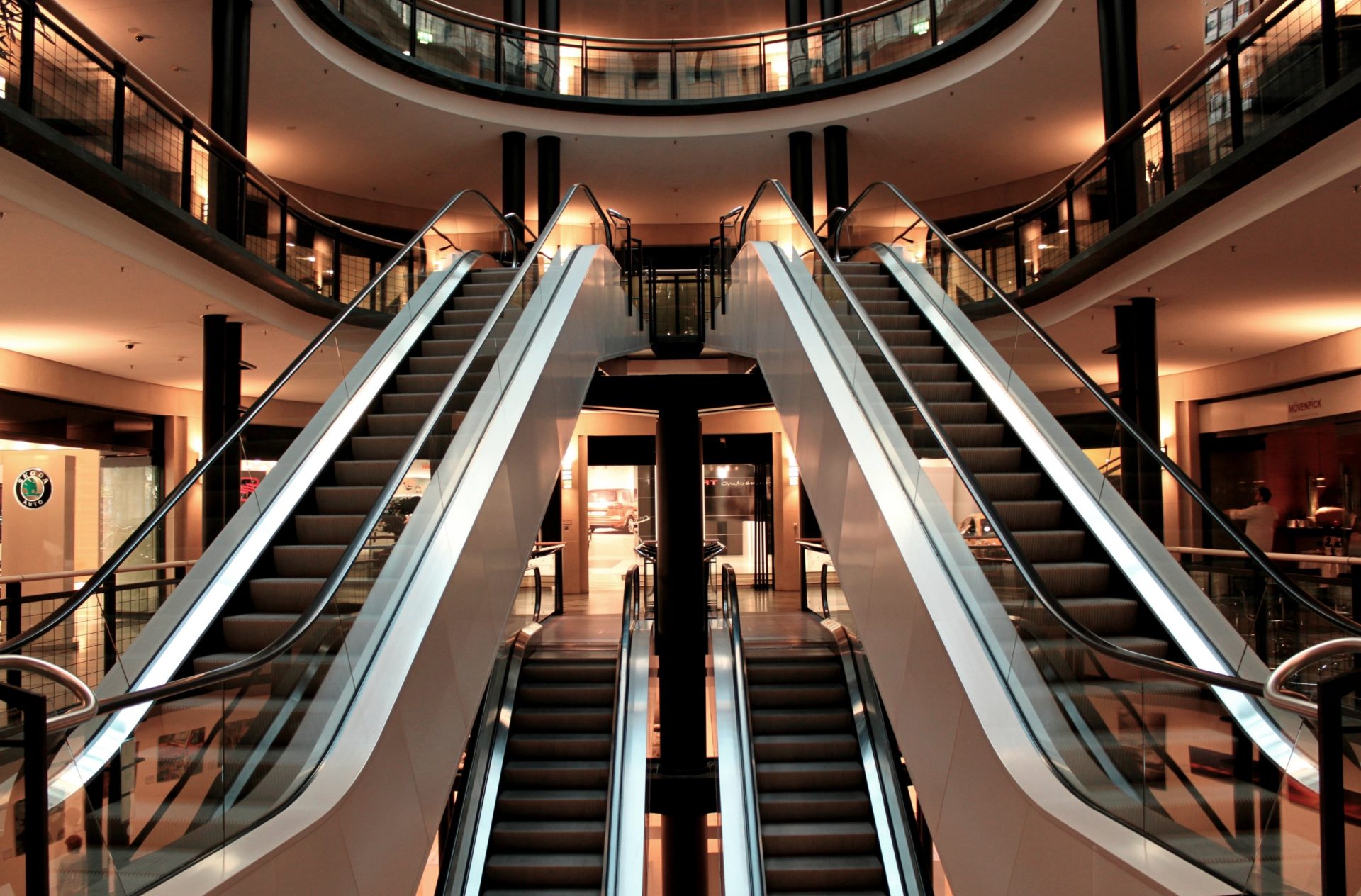 24% said they don’t expect to feel comfortable going back to a shopping mall for at least six months. (Pixabay / Pexels)
By Alyssa Meyers

With restaurants, retailers and movie theaters shuttered across the country, many companies are losing out on in-store sales, with a lucky few living off of e-commerce sales.

Companies are eager to re-open their doors as soon as possible to reignite their cash flow, but new polling from Morning Consult shows that some consumers won’t feel comfortable traveling or heading back to many public spaces at all for at least six months — with many unsure of how to even answer the question of when they’ll feel safe returning to normal life. 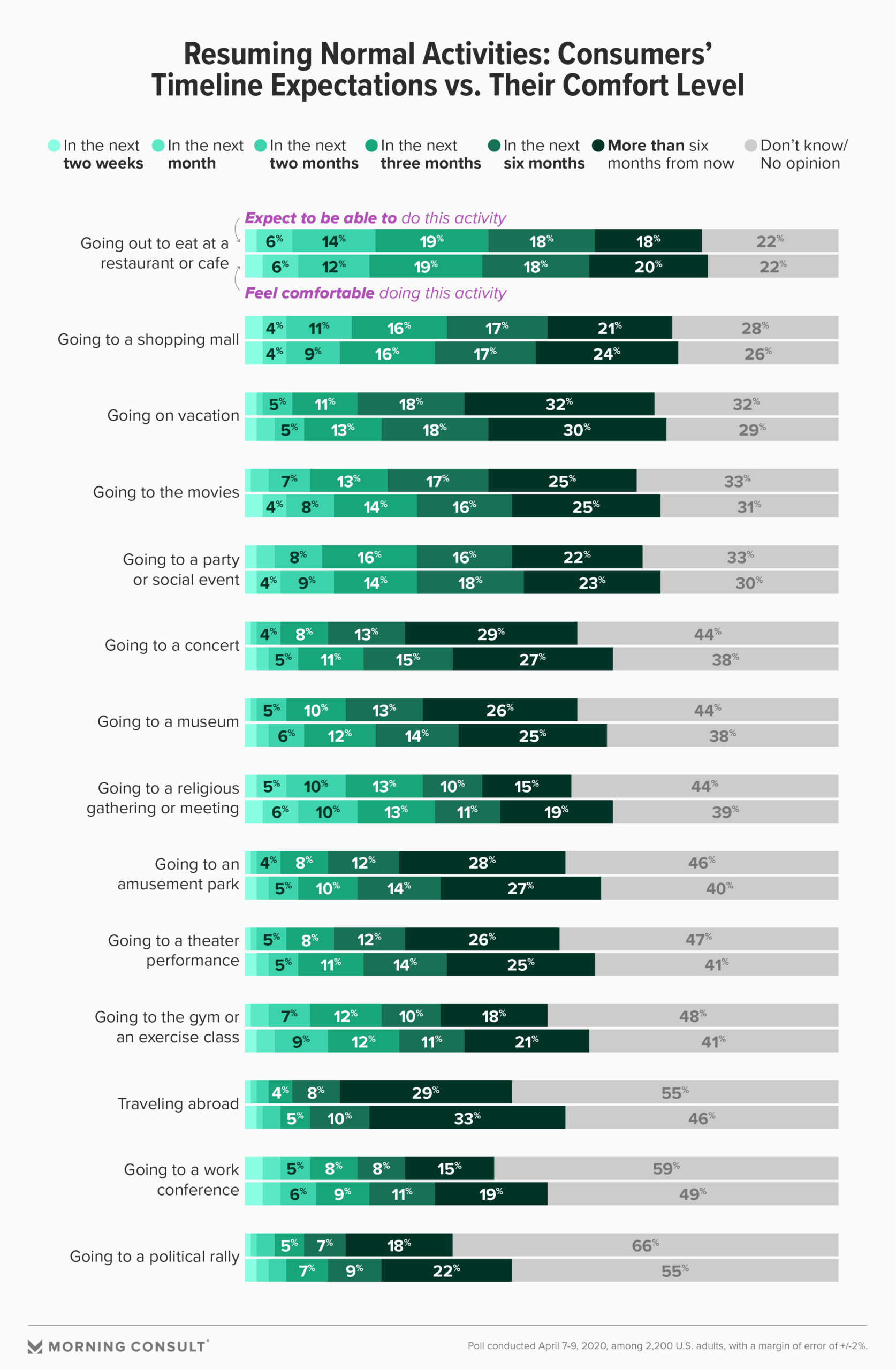 For all activities gauged, roughly one-quarter to more than half of respondents said they weren’t sure when they’d expect to be able to do activities such as going to a museum or a theater performance, or when they’d feel comfortable doing so.

At least 42 states, Washington, D.C., and Puerto Rico have taken measures to urge residents to stay at home, according to The New York Times, prohibiting millions of people across the country from doing anything that isn’t deemed essential.

These regulations have significant implications for retailers in shopping malls, where foot traffic has ground to a halt. In Iowa, for instance, Gov. Kim Reynolds signed a proclamation ensuring malls remain closed until April 30, and Maryland Gov. Larry Hogan also ordered malls to shut down in his state. On March 18, Simon Property Group Inc., the largest mall owner in the United States, closed all of its retail properties.

Almost a quarter of respondents said they don’t think they’ll be comfortable at a mall for more than six months, while a roughly equal share (26 percent) said they weren’t sure when they’d feel comfortable or offered no opinion.

The April 7-9 survey was taken among 2,200 U.S. adults and holds a margin of error of 2 percentage points.

The film industry has also been hit hard by the coronavirus as movie theater chains have shut down. Variety reports that analysts are predicting a bankruptcy filing from AMC Theaters after it closed theaters on March 17 for at least six to 12 weeks. The same day, Regal Cinemas shuttered all theaters until further notice.

A quarter of respondents said they don’t expect to be allowed back at theaters and won’t feel comfortable going to the movies for more than six months, and even more said they have no opinion on the matter.

In contrast to an earlier Morning Consult analysis that showed fans expect sports to return before they feel comfortable attending, for many leisure activities — such as going to a work conference or going to the gym — consumers said they’d be comfortable doing them before they expect to be able to do them.

And with the election less than seven months away, presidential campaigns are usually buzzing with activity, putting their candidates in front of as many voters as possible. But two-thirds of adults in the poll don’t know or had no opinion on when they’ll be able to attend a political rally. Twenty-two percent said they wouldn’t feel comfortable attending one for at least six months.