For first time, a plurality of voters disapprove of the president’s COVID-19 response

President Donald Trump listens during a daily coronavirus task force briefing at the White House. A new Morning Consult poll finds that for the first time, more voters disapprove than approve of the president's handling of the U.S. response to COVID-19. (Alex Wong/Getty Images)
By Eli Yokley

For the first time in Morning Consult polling, more voters disapprove than approve of President Donald Trump’s handling of the coronavirus outbreak in the United States. 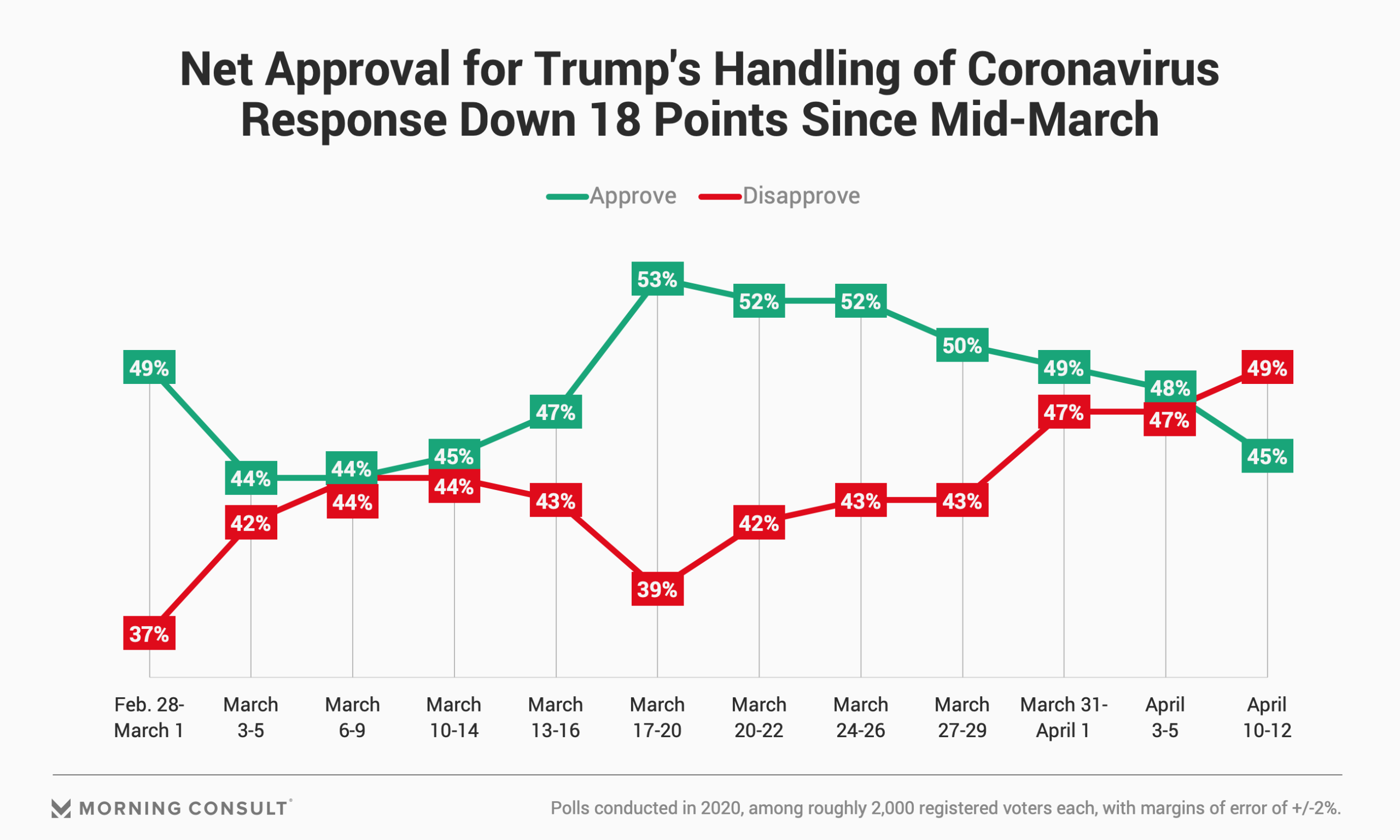 An April 10-12 survey of 1,987 registered voters found 49 percent disapprove and 45 percent approve of the president’s COVID-19 response, marking a drop of 5 percentage points in his net approval rating, the share who approve minus those who disapprove, in the course of a week and an 18-point drop since a mid-March peak in evaluations of his handling of the pandemic.

The slide in net approval since that March 17-20 survey has been driven by a souring among Democratic voters (down 24 points) and independents (down 17 points), while the vast majority of Republicans have continued to rate Trump well. Both surveys have a margin of error of 2 percentage points. 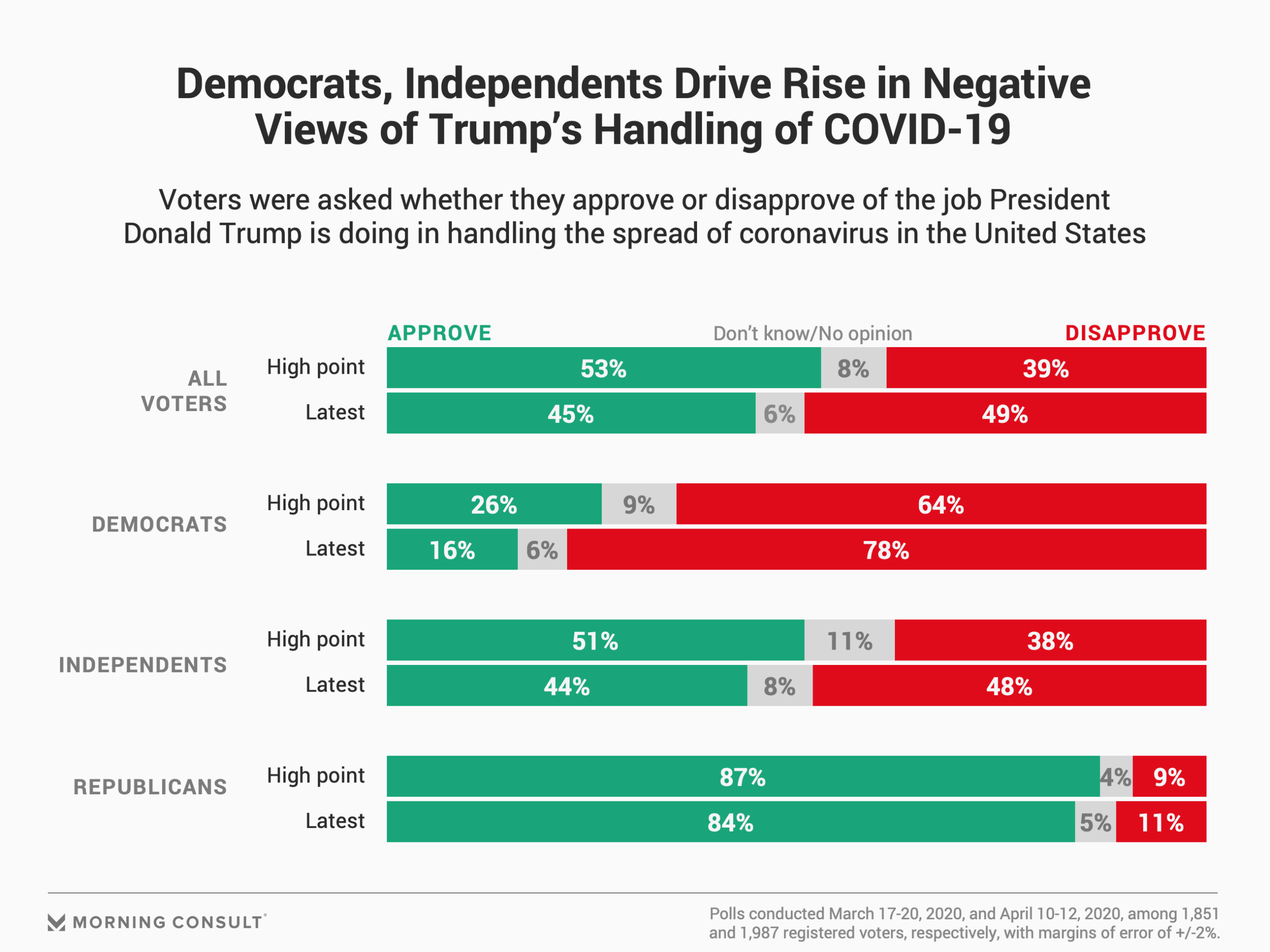 Trump appears to be bearing the brunt of voters’ criticism toward government, though Congress has also taken a hit. A majority (52 percent) approve of how Congress has handled the pandemic and 35 percent disapprove, down 10 net points since mid-March.

The views about Washington stand in contrast to lower levels of government. Three in 4 voters approve of how their state government is handling the spread of coronavirus, unchanged outside the polls’ 2-point margins of error since mid-March, and 74 percent approve of their local government’s response.

In the weeks since Trump announced national social distancing guidelines on March 16, the United States has seen a surge in COVID-19 cases and deaths that brought the roaring economy during the president’s tenure to a standstill. Critics have repeatedly accused Trump of not doing enough to stop the virus early on and to help state and local governments respond as it spread. Meanwhile, some of the president’s allies are pressing to reopen much of the country in order to stimulate the economy.

The downward drift in views about Trump’s handling of the crisis comes as the share of voters who said they were “very concerned” about the virus has increased to 65 percent, though Democrats (76 percent) were more likely than Republicans (56 percent) to share that strong concern.

Roughly 1 in 4 voters (27 percent) said they were “very concerned” about their own job, including 32 percent of Democrats and 23 percent of Republicans.