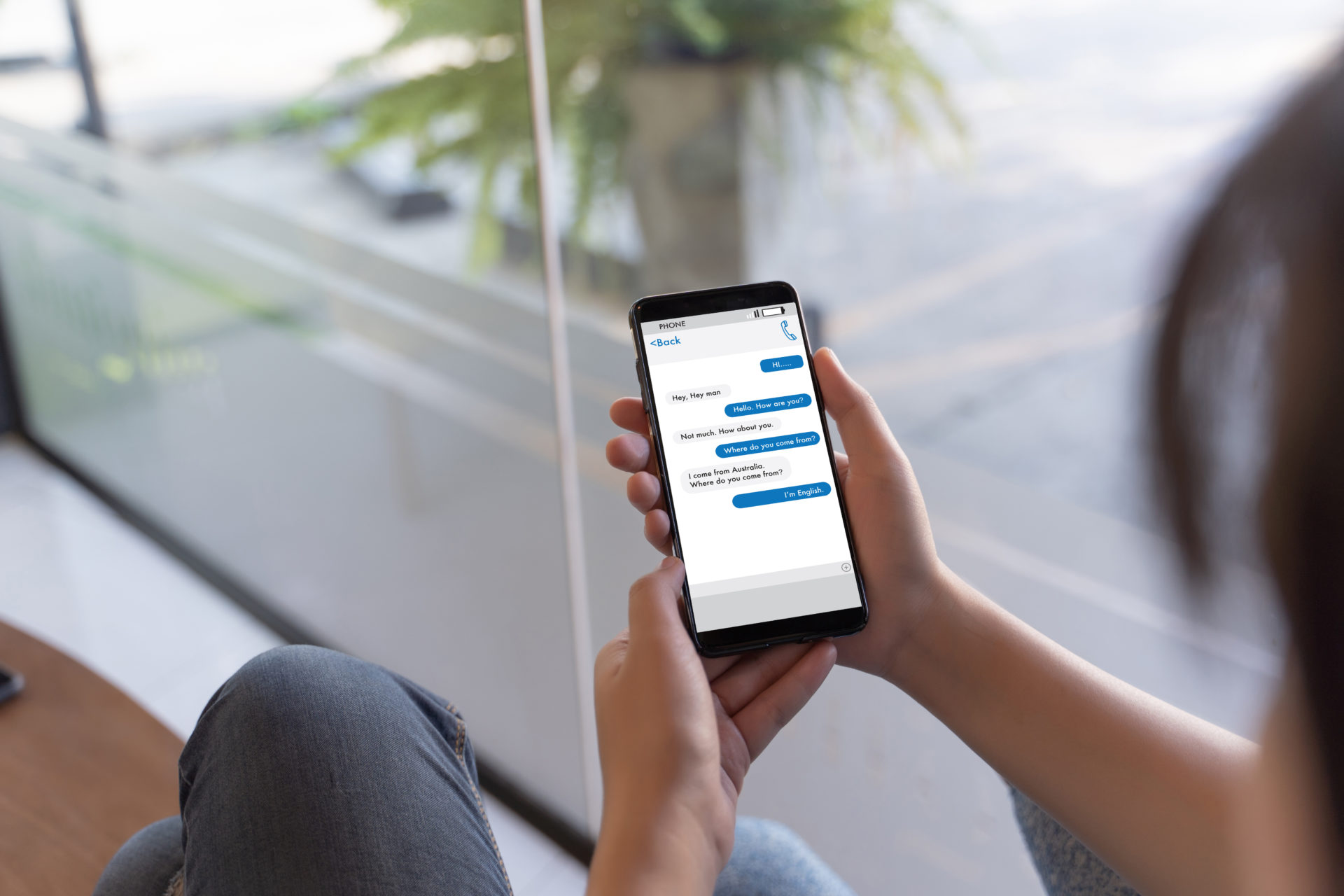 Amid the coronavirus pandemic, half of adults report no change in the time they spend making phone calls. (Getty Images)
By Sam Sabin

With many Americans stuck at home due to social distancing guidelines, most office meetings, school classes and gym sessions have moved online, making one thing more indispensable than ever: screens.

But according to a new Morning Consult poll, pluralities of Americans say they haven’t changed their smartphone habits much. In the survey of 2,200 U.S. adults, roughly half of respondents said they’ve made no changes in the amount of time they’ve spent doing various phone-related activities — including taking photos and recording videos (55 percent), making phone calls (50 percent) and listening to music or podcasts (49 percent) — during the pandemic.

For respondents who said they were spending more time on their phones in isolation, activities like texting (36 percent), checking and updating their social media accounts (34 percent) and watching television and other video content (33 percent) were the most popular, although those who said they are spending more time on their phones were in the minority. 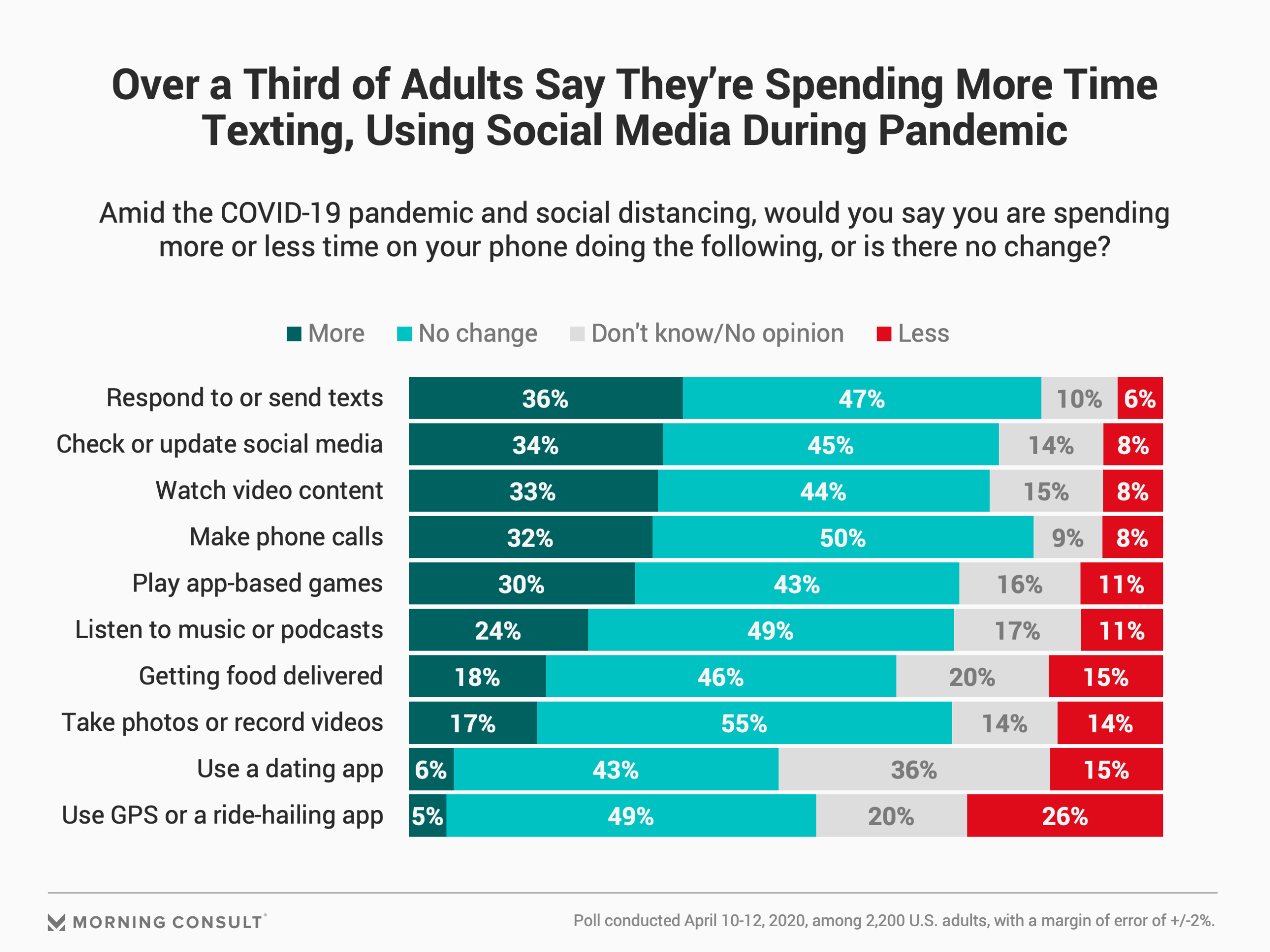 The survey, conducted April 10-12, has a margin of error of 2 percentage points.

In recent years, smartphone addiction has become a hot topic among tech industry critics and child safety advocates, who have voiced concerns about the impact increased screen time could have on mental health and anxiety levels. Although many experts say that extended screen time isn’t necessarily detrimental to overall mental health on its own, a handful of studies have found links between mental health issues and those who have more codependent relationships with their phones.

Last year, for example, research published in the BMC Psychiatry medical journal found that 23 percent of children and young people have a “dysfunctional relationship” with their smartphones and increased likelihood of poorer mental health, although it’s unclear if phone use was the immediate cause of such problems. 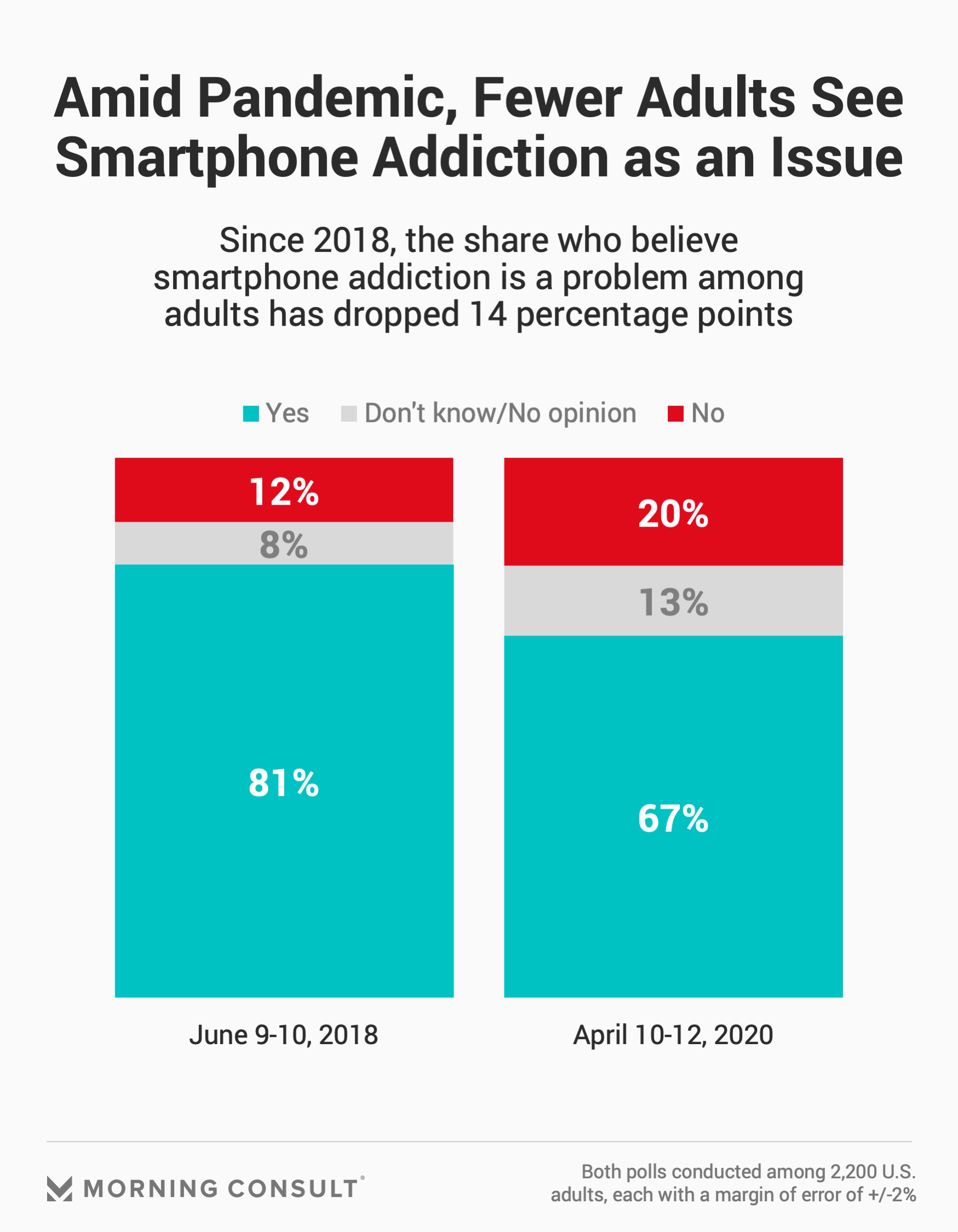 Amid increased scrutiny about screen time, Apple Inc. rolled out a suite of features in 2018 to help iPhone users rein in their usage, including a weekly report that details how many hours they’ve spent on various activities on their phone. Google rolled out a similar toolkit through its “Digital Wellbeing” app for Pixel phones the same year.

At the same time, those who believe smartphone addiction is a problem among children dropped 17 points, from 90 percent in 2018 to 73 percent in April 2020.

Related: More Than Half of Adults Say Their Video Calls Are Secure, Despite Hacking Concerns