For Arkansas Republican, focus will be on what will stabilize economy, not on whether recipients deserve aid 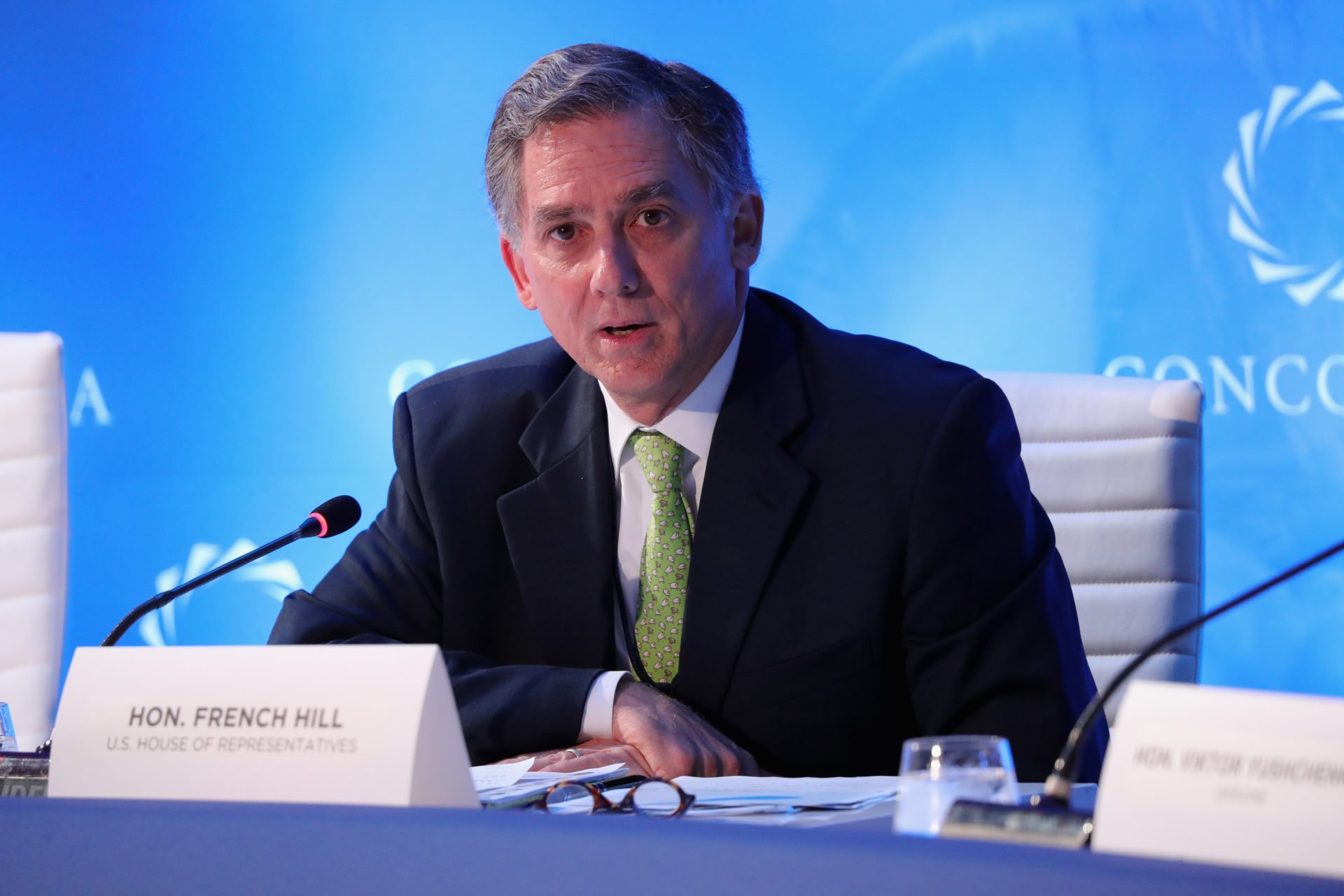 The economic turmoil caused by the coronavirus pandemic is a whole different ballgame compared to the 2008 financial crisis, both in how it started and how policymakers attempt to offset some of the damage.

This means Congress should take a different approach to overseeing coronavirus relief programs, according to Rep. French Hill (R-Ark.), who was recently appointed by House Minority Leader Kevin McCarthy (R-Calif.) to the Congressional Oversight Commission. The commission will monitor $500 billion in coronavirus relief funds disbursed by the Federal Reserve and Treasury Department.

The five-person group, featuring Hill and appointees from House Speaker Nancy Pelosi (D-Calif.), Senate Majority Leader Mitch McConnell (R-Ky.), Senate Minority Leader Chuck Schumer (D-N.Y.) and a committee chair selected by Pelosi and McConnell, is set up similar to the committee that reviewed the Troubled Asset Relief Program in the aftermath of the financial crisis.

But Hill said in an interview that his vision of his work on the committee is narrower in scope than TARP’s, less focused on rooting out fraud or determining who is ineligible to receive funds due to past misbehavior, since a financial bubble and the misdeeds of financial firms aren’t at the center of this crisis.

Instead, at the core of his oversight: “Are you leveraging the fund in such a way that you can rapidly stabilize the economy, employment and pivot back to a growing economy?”

“This time is different; the mission is different,” he said. “The approach is oversight, but we’re predicated on a very different set of presumptions than we would have had at the end of 2008.”

Unlike 2008, this economic crisis wasn’t caused by a financial bubble and didn’t originate from the financial sector at all, Hill said. That’s changing attitudes among financial firms and other companies about how to use government aid, he said. He said there was a stigma attached to taking government funds, like TARP, in 2008, but that this go-around, banks seem eager to accept the government aid.

In 2008, Hill, who served as CEO of Delta Trust & Banking Corp. in Little Rock, Ark., told ABC News at the time that he eschewed the TARP funds for having “too many strings attached” and being “too politicized.”

Hill’s views could set up a potential clash with Democratic members of the committee, especially Schumer’s pick, Bharat Ramamurti, a longtime staffer for Sen. Elizabeth Warren (D-Mass.) who specializes in banking and economic issues.

For his part, Ramamurti has outlined a more robust agenda for the committee, stressing that he also wants to track how companies are using the funds, including for buybacks and dividends, practices that have drawn criticism as regulators have rebuffed calls to ban them  during the coronavirus pandemic.

Ramamurti has also already sent a letter to the Fed and Treasury asking for  “detailed and timely” information on individual transactions with private companies via the lending facilities set up through the coronavirus relief bill. (Ramamurti did not respond to a request for comment.)

When asked about the priorities that Ramamurti outlined, Hill said that he wouldn’t “single that out as something that’s more or less important than the entire process.”

While the committee doesn’t have subpoena power, Hill, Ramamurti and the other members of the panel — Sen. Pat Toomey (R-Pa.) and Rep. Donna Shalala (D-Fla.) — will produce monthly reports for Congress, and they can call people to testify in front of lawmakers, as well as request documents. Hill said that if necessary, the committee plans to work with oversight committees that do have subpoena power.

“The Treasury and the Fed are going to be under intensive scrutiny,” he said. “We’re going to be asking significant questions and asking for analysis, right in the middle of them trying to do their work. This is a real-time process.”