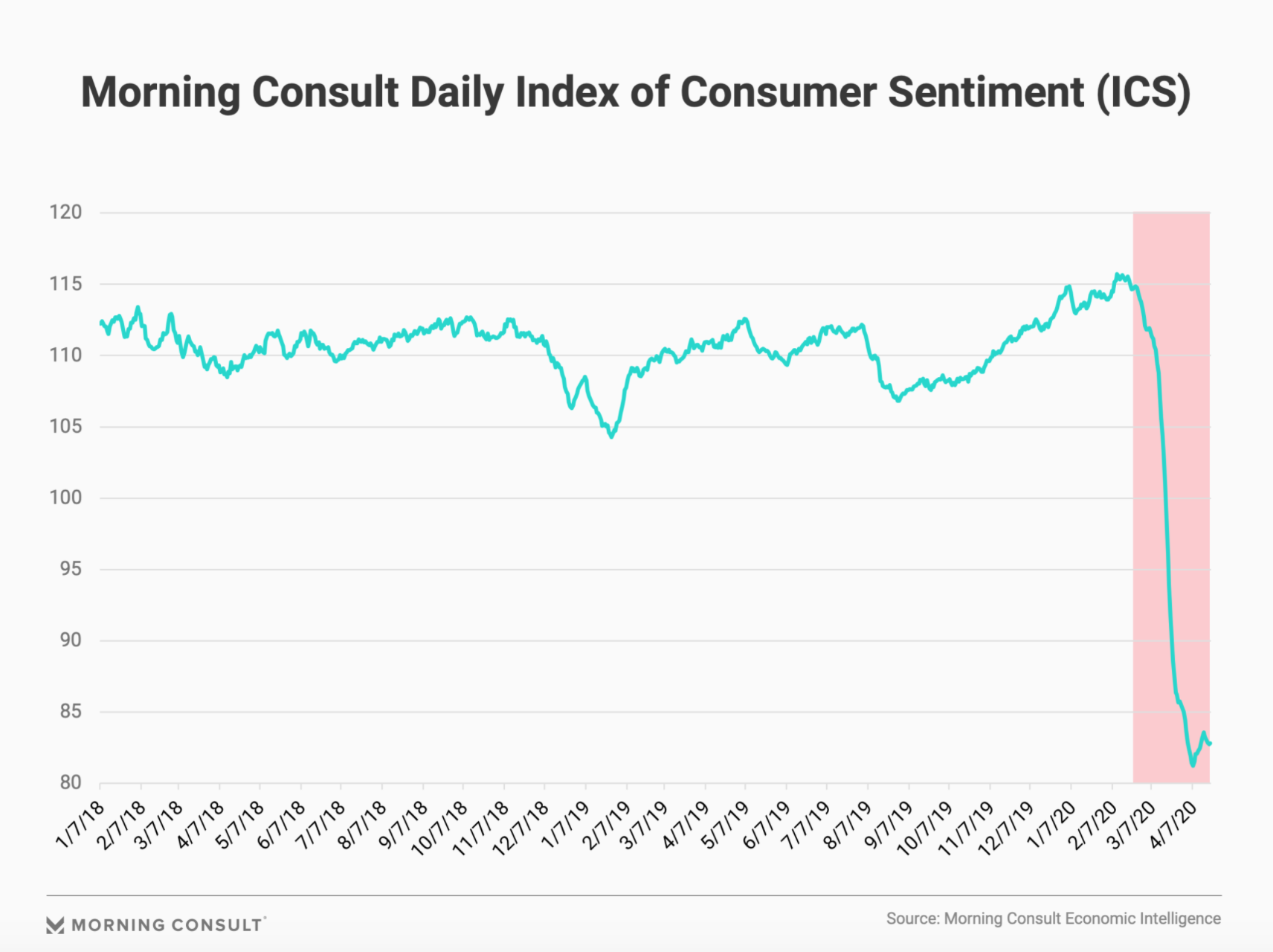 Since the coronavirus pandemic hit the United States, Morning Consult’s Index of Consumer Sentiment has been on a roller coaster. It went from 115.70 on Feb. 10, the highest point recorded since Morning Consult began tracking consumer sentiment on Jan. 1, 2018, to an all-time low of 81.23 on April 7, marking a 29.8 percent drop. While this fall is 6 percentage points less than the average decline experienced during the past five recessions, the speed of the decline is alarming.

Since then, however, consumer sentiment appears to have stabilized. After a strong and persistent rebound in confidence in the seven days following the all-time low, the ICS hit 83.57 on April 15 and has remained in that range ever since. 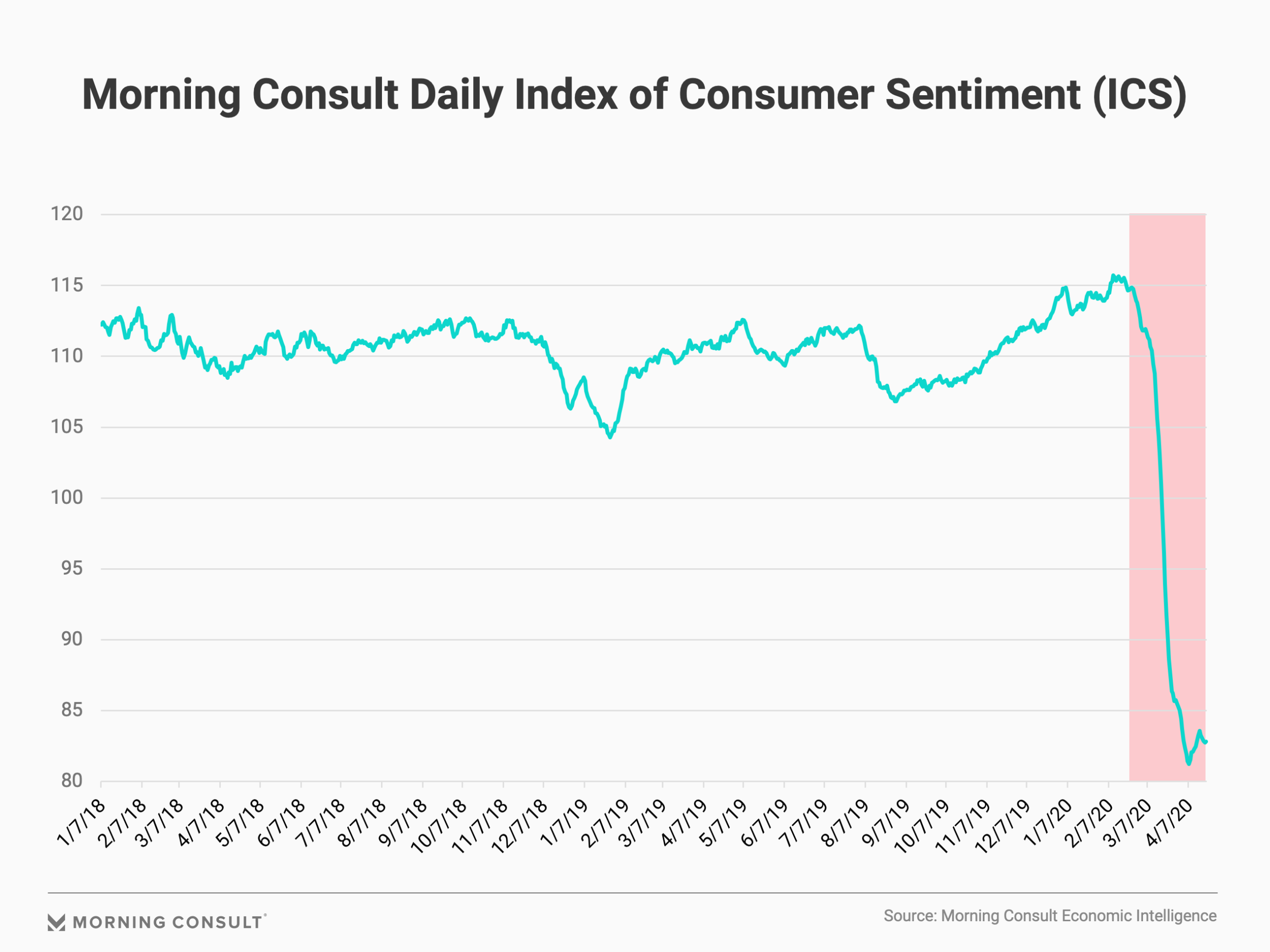 The recent rebound in consumer confidence has been driven by improvements in consumers’ expectations of the future and not by their assessment of current economic conditions. The percentage of consumers who believe that they are better off financially now than they were 12 months ago and who believe that now is a good time to make a major household purchase remain at all-time lows (19 percent and 17 percent, respectively). While stabilization in consumers’ views of their personal finances is encouraging, these numbers provide no indication that Americans’ personal finances have improved since April 7.

Rather, consumers’ expectations of their personal financial conditions and of business conditions in the country are responsible for the recent rebound in consumer confidence, with the largest improvement coming from consumers’ expectations over the next 12 months. The percentage of respondents who answered that they believe they’ll be worse off financially in 12 months fell 3 percentage points from April 6 to April 21, and it currently stands at 19 percent. The inverse is true for the percentage of respondents who believe they’ll be better off financially in 12 months. It increased by 3 percentage points during the same time period. 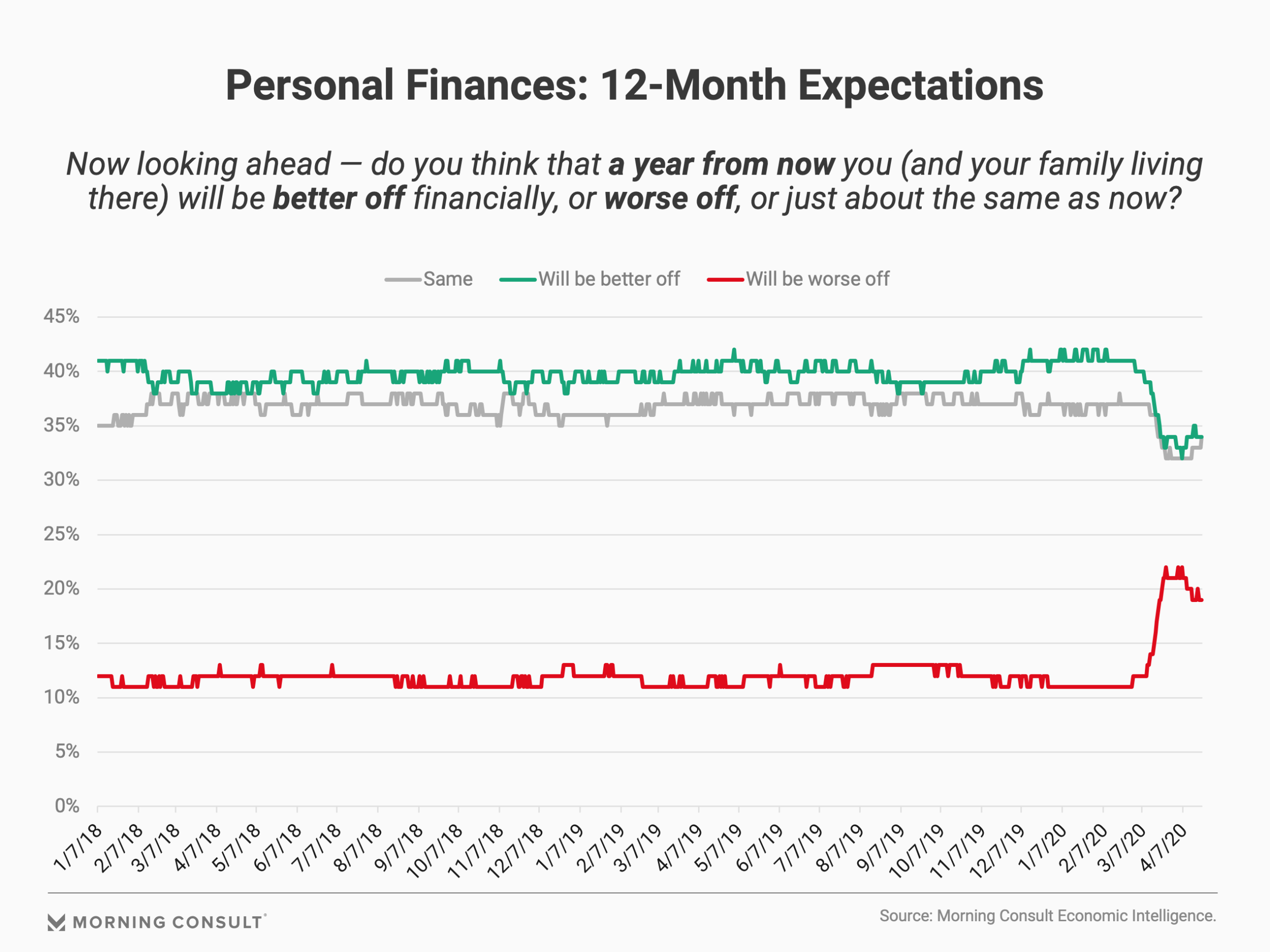 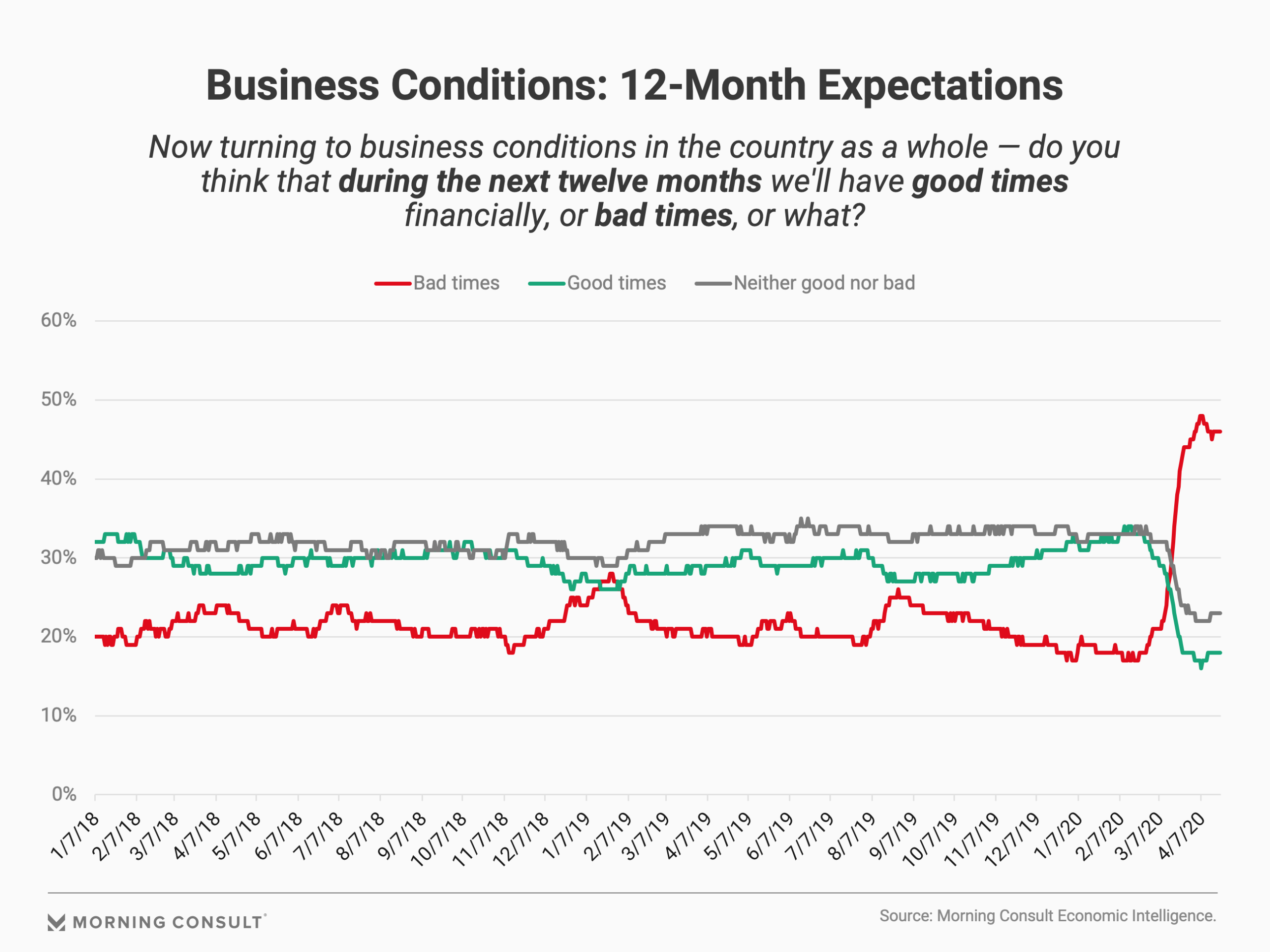 Consumers’ 12-month expectations have improved more dramatically than their five-year expectations. Fifty-five percent of consumers believe that the United States will experience periods of widespread unemployment or a depression over the next five years, which is only 1 percentage point lower than the peak on April 8.

The difference between consumers’ expectations over these two time horizons is puzzling. Why would consumers’ 12-month expectations improve more rapidly than their five-year expectations? One possible explanation for this divergence has to do with Americans’ expectations regarding the ability to contain the spread of the virus. Based on prior studies, consumer confidence is highly negatively correlated with the number of confirmed COVID-19 cases. If the United States gains the capacity to perform widespread vaccinations, testing and contact tracing in the next 12 months, then personal finances and business conditions across the country are likely to improve within the year.

However, the U.S. economy may not be able to avoid widespread unemployment or a prolonged recession even if these positive developments were to occur in the next 12 months. Workers and businesses are struggling to cover their basic costs during the ongoing economic shutdown, and many of them cannot wait 12 months for improved economic or financial conditions. The fact that Americans’ five-year expectations have not improved as dramatically as their 12-month expectations signals that they do not view improvements over the next 12 months as being adequate to lift the economy out of a recession. Stated differently, they believe that with or without a relaxation of current economic prohibitions, the country is headed for a prolonged recession.

Consumers have yet to incorporate those medium- to long-term macro considerations into their views of their own personal finances. If consumers are correct that the country will experience periods of widespread unemployment or a depression over the next five years, then it is only a matter of time before economic conditions in the country deteriorate further, driving down their expectations of their personal finances.