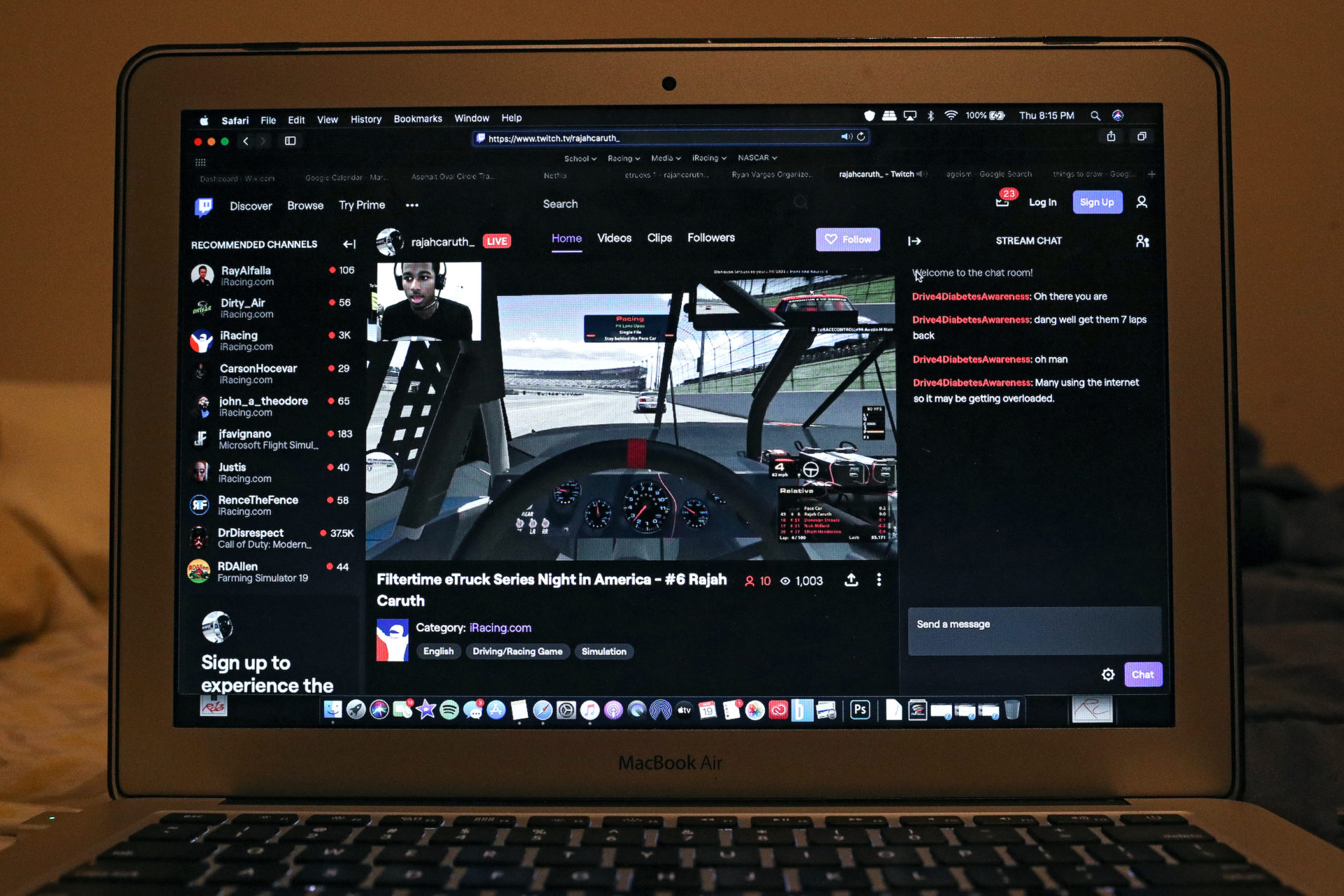 With live sports and events on hold indefinitely, people are looking online for entertainment, and livestreaming platforms such as Twitch are seeing spikes in viewership as a result, even in categories outside of gaming.

And as the site draws a wider range of viewers with content that serves as a distraction from the coronavirus crisis, some influencer marketing agencies and streamers say Twitch presents an opportunity for brands looking to reshuffle their ad spending and reach new consumers.

While some advertisers have been hesitant to run campaigns on Twitch since the platform primarily attracts hard-core gamers, content such as music and cooking tutorials has been attracting more users to Twitch in recent weeks, said Joe Gagliese, co-founder of influencer marketing agency Viral Nation, which has worked on campaigns with Twitch.

“It’s definitely in Twitch’s roadmap to diversify out of gaming, but keep gaming at the core,” Gagliese said. “Over time, if Twitch emerges as being a place where a lot of content mediums are happening, there will be more brands on the platforms.”

Twitch, which is owned by Amazon.com Inc., confirmed that it’s seeing increased usage and viewership in general in the first quarter, but it declined to share specific growth numbers. With more people staying at home because of the pandemic, that led to a surge in viewing hours in March, according to analytics site Arsenal.gg, which recorded a 20 percent increase from February to 1.1 billion hours.

There is typically an average of 1.3 million people tuning into content on Twitch at any given moment, even before the coronavirus crisis, said Sarah Iooss, Twitch’s head of sales in the Americas, and non-gaming content on the platform has quadrupled over the past three years.

“Those numbers continue to grow as people spend more time at home,” Iooss said in an email. “Brands are finding passionate communities through content, and we expect many of these new partners to stick around.”

The company said the music category is growing particularly quickly, while the Just Chatting, Food & Drink and Art communities are also on the rise. That content is attractive to advertisers, many of whom are pulling away from news content related to the coronavirus on media outlets despite increased traffic to those stories.

Interest in video games in general has also been on the rise since the start of the coronavirus crisis, Gagliese said. Verizon Communications Inc. saw a 75 percent increase in gaming on its network since the start of self-isolation, said Verizon Chief Executive Hans Vestberg in a March 18 interview with Bloomberg Television. A March 24-26 survey from Morning Consult found that 17 percent of U.S. adults said they expect to spend more money on video games because of the coronavirus.

Sponsoring esports teams and tournaments has become a popular way to advertise on Twitch as the demand for livestreamed sports content continues to grow, and advertisers can also work directly with Twitch for campaigns such as site takeovers. But smaller brands — and some large corporations that are slashing ad budgets as a result of the coronavirus — might not be able to afford big sponsorship deals, which can cost millions, said Gagliese.

Influencer marketing deals are the most affordable option to establish a brand presence on the platform, said Reed Albers, the director of marketing at PowerSpike Inc., an influencer marketing agency that specializes in Twitch and Mixer, another video game livestreaming platform.

While gamers such as Ninja charge up to six figures for influencer campaigns, Albers said many of his clients spend an average of $5,000 per month hiring less well-known streamers to promote their brands. Some only get about 20 or 30 concurrent viewers on their streams, but those viewers are highly engaged.

“If you’re just trying to do brand awareness, you don’t need to hire the biggest streamers in the world,” Albers said. “Esports and Twitch influencers have access to fans like no other platform in the world. They’re really good at building audiences.”

Many Twitch campaigns involve influencers wearing a brand’s clothing during a livestream and posting affiliate links or discount codes in the chat sections of their streams for viewers to click through, Albers said. For instance, PowerSpike recently worked with fashion retailer Express Inc. on a campaign for a line of clothing aimed at basketball fans using influencers that play the game NBA 2K20.

The campaign generated over 100,000 live impressions and more than 2,000 click throughs, and some of the influencers still wear the clothes when they stream or when they attended events, Albers said, citing the example of Twitch user GeeSice, who wore Express during the National Basketball Association’s esports league draft in person on Feb. 22.

Brands are increasingly seeking out influencer marketing agencies that work on Twitch, as evidenced by Google searches for Albers’ company. PowerSpike has reached 1.33 million impressions on its Google search ads so far in April without increasing its marketing budget “by any substantial amount,” he said, up from more than 50,000 impressions in February and about 500,000 in March.

One Twitch influencer, Thom Badinger, known as “F.” to his nearly 25,000 followers on Twitch, is currently sponsored by apparel brands Meta Threads LLC and Into the AM, and said he anticipates an increase in full-fledged sponsorship offers as opposed to smaller deals in which influencers post affiliate links and logos on streams as Twitch’s popularity grows and more brands look to work with streamers.

David “GrandPooBear” Hunt, who has over 200,000 followers on Twitch and is sponsored by Red Bull, said he has seen an uptick in viewers since quarantines began. While gaming platforms such as Twitch haven’t been completely spared from the impacts of reduced ad budgets, Hunt said he’s also noticed increased interest in the platform from brands that weren’t spending on it before the coronavirus crisis.

“I think we are seeing a pullback from most traditional gaming partners, while we are seeing a bit more interest from more mainstream companies that have never touched gaming before,” Hunt said in an email.

Rod “Slasher” Breslau, a competitive gamer and esports journalist, said sports fans who started watching esports content on Twitch during the pandemic will likely continue using the platform to some extent.

“I’ve seen so many comments for people who have watched the NASCAR and Formula One races saying that things look so realistic, they didn’t even notice it was a video game at first,” Breslau said, referring to eNASCAR iRacing Pro Invitational Series, whose debut broadcast brought in largest television audience ever for an esports event.

Badinger said that while video games and esports might never be as popular as professional sports or replace other live events such as concerts, the pandemic has normalized gaming and platforms such as Twitch to some extent, positioning them to become more mainstream advertising channels down the line.

“Counter-Strike is never going to take over the NFL,” said Badinger of the popular first-person shooter game. “But we can join the table and eat with everybody else.”