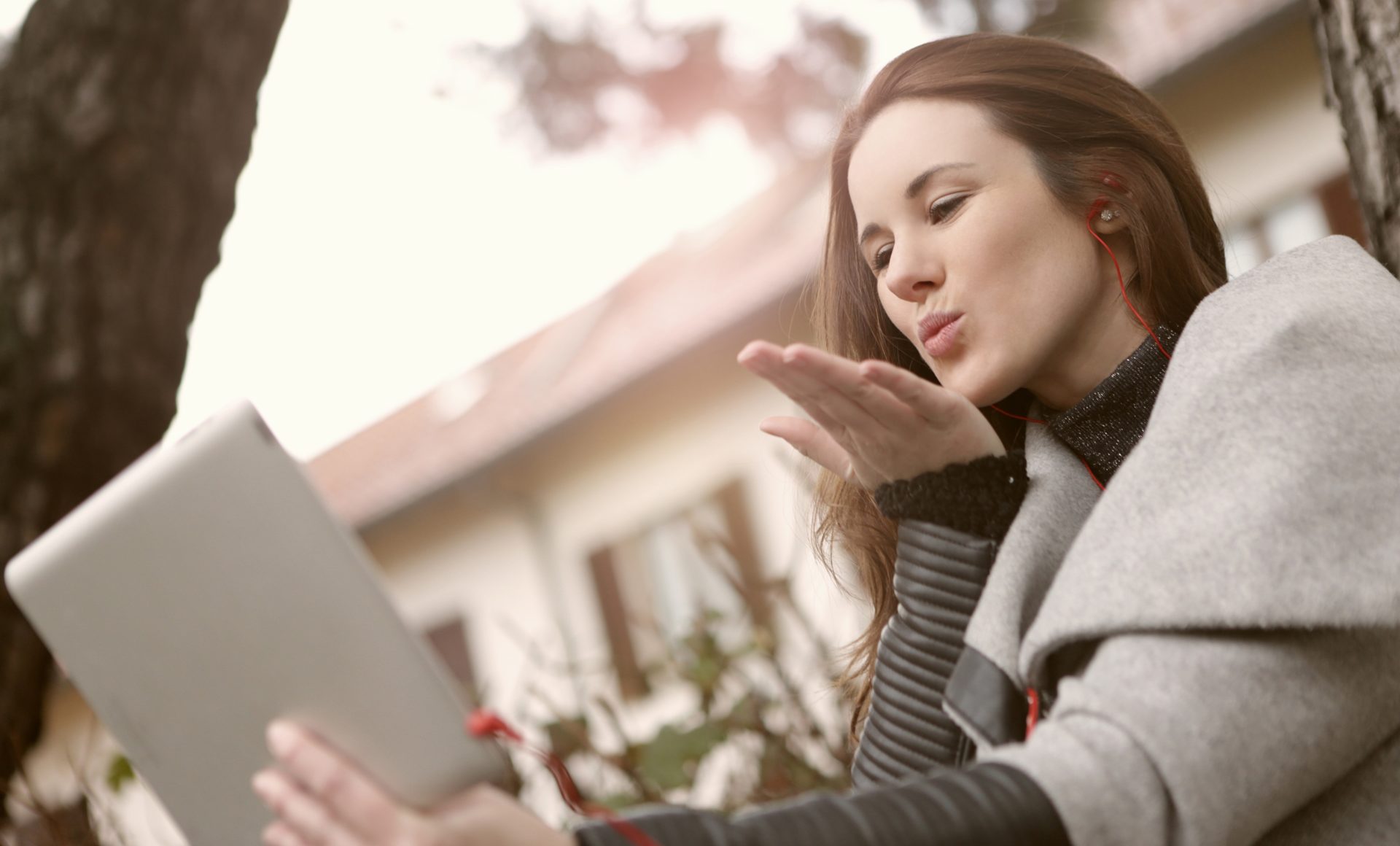 53% of U.S. adults who are currently using an online dating app say they're using it more amid the coronavirus pandemic. (Pexels/Andrea Piacquadio)
By Alyssa Meyers

In-person dates may be off the table for the time being, but that hasn’t stopped people from swiping through their dating apps while they’re on lockdown. To the contrary, new Morning Consult polling finds that more than half of users are spending more time on online dating apps or services than they were before the start of the coronavirus crisis.

Fifty-three percent of U.S. adults who are currently using an online dating app said they are using it more often as they continue social distancing during the pandemic, with nearly half (48 percent) saying they log on at least every day.

Since the launch of Match.com in 1995 and the Tinder app in 2012, dating platforms have risen in popularity as a way for people of all demographics to meet one another. Twenty-one percent of respondents said they had used an online dating app or service in the past but are not currently, according to the new poll, while 6 percent said they currently use an online dating service.

The April 22-24 survey was taken among 2,220 U.S. adults and holds a margin of error of 2 percentage points. Responses from users of online dating apps or services have a 9-point margin of error.

Dating apps are pivoting to accommodate their users’ new at-home dating habits. Match Group Inc., which owns several dating apps including Match, Tinder, Hinge and OkCupid, set up a resource page where “dating experts” answer questions submitted by users. Bumble has published similar resources for its users, encouraging them to stay at home and date virtually.

Bumble has also expanded its virtual dating tools since the pandemic, including creating a “virtual dating” badge for users who want to indicate they’re open to video chatting. It also opened up the possibility for more long-distance relationships by broadening its distance filters so that users can meet people all over the country as opposed to only those in close proximity.

Smartphone habits in general have ticked up since the start of the pandemic. A Morning Consult survey conducted April 10-12 found that at least one-third of adults were texting more (36 percent), checking social media more (34 percent) or watching videos online more (33 percent).