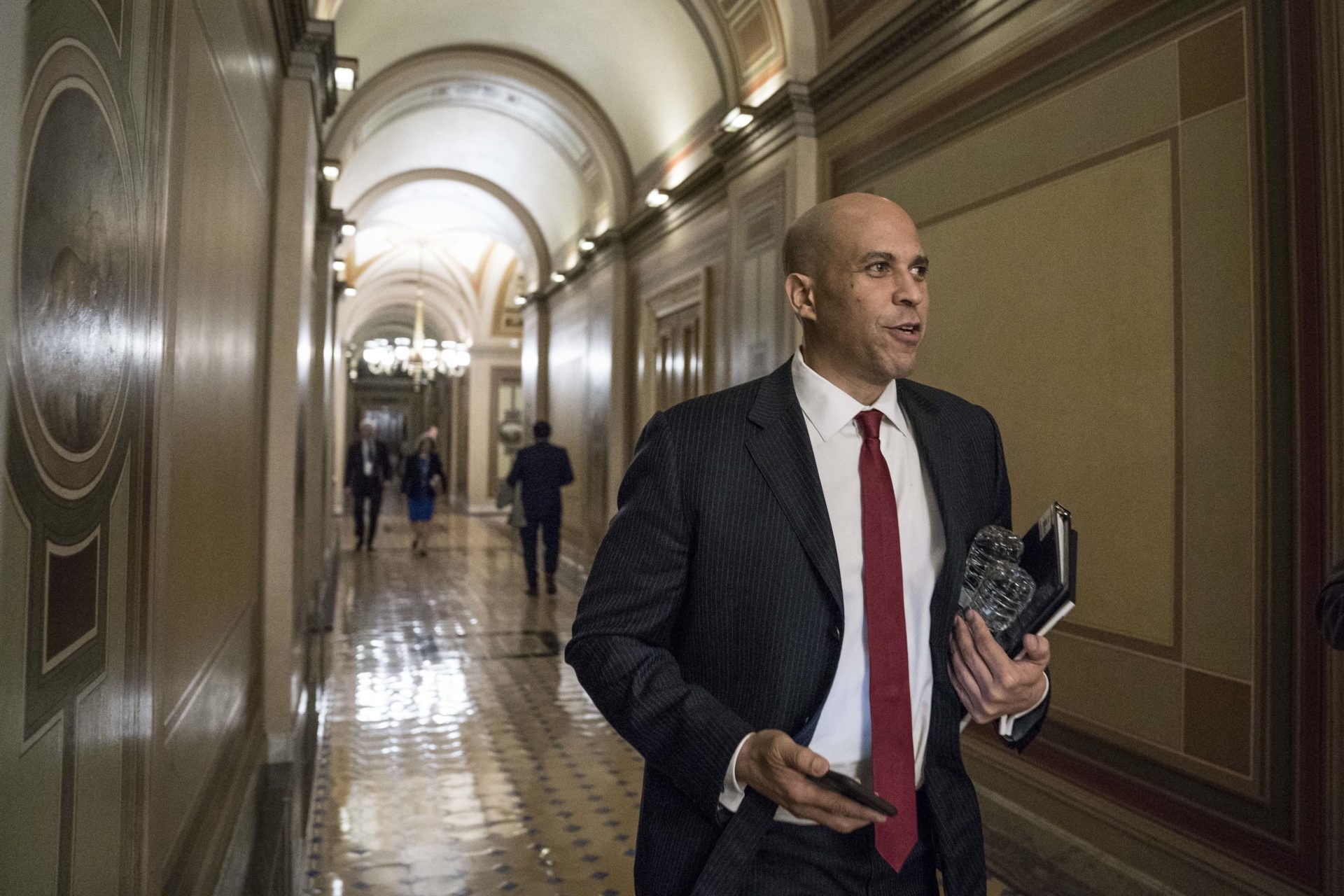 Sen. Cory Booker (D-N.J.), pictured at the U.S. Capitol on Jan. 30, 2020, is unveiling a new bill banning price-gouging 90 days before an emergency or disaster, which his office hopes to include in broader legislation related to coronavirus relief efforts. (Sarah Silbiger/Getty Images)
By Claire Williams

Sen. Cory Booker (D-N.J.) is unveiling a bill that would ban price gouging of essential goods and services during emergencies, his office told Morning Consult on Wednesday, with the legislation to be formally introduced when the Senate returns to Washington next week.

The legislation, designed to curb the soaring cost of items such as face masks, hand sanitizer and disinfectant cleaners, will be part of a slew of bills that lawmakers will try to negotiate into the next coronavirus relief bill.

Booker also backs a boost in state and local government funding in the next economic relief bill, according to his office, one of the major pressure points between Democrats and Republicans coming up in the next round of negotiations.

While many states have price-gouging laws, no such measure exists on the federal level.

Booker’s bill, which doesn’t yet have a cosponsor, would cover more than a dozen states that don’t currently have anti-price gouging laws and would allow the Secretary of Health and Human Services or the Federal Emergency Management Agency Administrator to publish a list of essential items and to determine a price threshold. The Federal Trade Commission, per Booker’s legislation, could bring legal action against businesses found to be engaged in price gouging.

Exceptions would be made if, for example, HHS or FEMA determines that the cost of producing or transporting the goods is driving up prices, or other factors outside of the sellers’ control justify price increases.

The bill follows an earlier one introduced in April by a group of House Democrats and its companion piece cosponsored by Sens. Elizabeth Warren (D-Mass.) and Kamala Harris (D-Calif.). That bill is modeled after California’s law and would have the FTC consider any price increase above 10 percent to be price gouging during such an emergency declaration.

Price gouging grabbed headlines earlier in the coronavirus pandemic, as some rushed to buy large amounts of medical masks, hand sanitizer and other necessities, to sell at a high markup.

In Booker’s home state of New Jersey, the Attorney General’s Division of Consumer Affairs said that it has received more than 3,600 price-gouging complaints and has issued more than 700 cease-and-desist letters to businesses on the issue, largely dealing with essentials like food, water and cleaning products.

Some economists, however, disagree that price gouging should be legislated. A 2012 poll conducted among economists by the University of Chicago Booth School of Business on a proposed anti-price-gouging law in Connecticut found that 8 percent agreed with the law, compared to 51 percent who disagreed. Most of the economists in the survey commented that high prices might be necessary to mobilize desperately needed resources to disaster-struck areas.