Amid Safety Warnings, 37% of Voters Oppose Hydroxychloroquine for COVID-19

Slim majority of GOP voters support this treatment despite FDA, NIH guidance against usage outside of hospitals 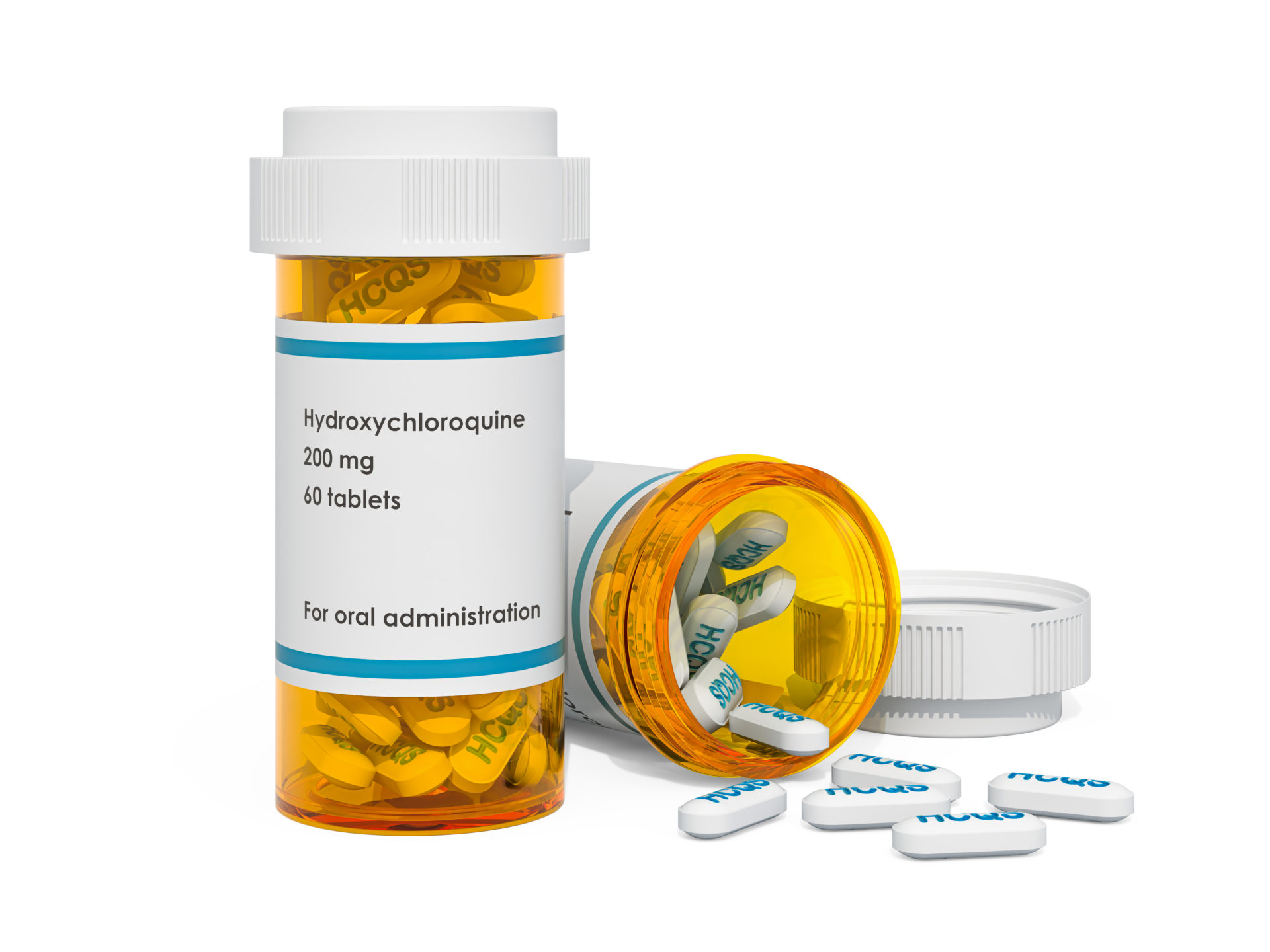 A new Morning Consult poll found that 37 percent of voters oppose the use of hydroxychloroquine to treat the coronavirus, while 29 percent supported the drug's use to treat COVID-19 and 34 percent didn’t know or had no opinion. (Getty Images rendering)
By Brian Yermal Jr.

Debate over the use of hydroxychloroquine as a potential COVID-19 treatment has intensified over the past few weeks since President Donald Trump first touted the anti-malarial drug. 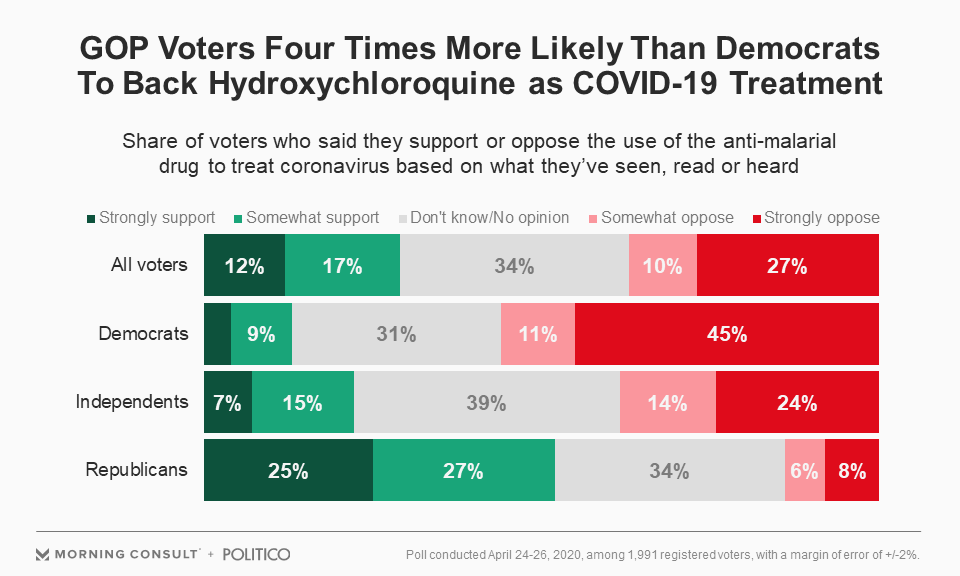 The Morning Consult/Politico poll, which was conducted April 24-26 among 1,991 registered voters, showed a plurality of respondents (37 percent) are opposed to the use of hydroxychloroquine to treat COVID-19 based on what they’ve seen, read or heard, while 29 percent said they do support it and 34 percent said they don’t know or have no opinion.

A majority of Democrats (56 percent) oppose the drug’s use as a coronavirus treatment, while 13 percent expressed support. Just over half of Republicans (52 percent) said they support the use of hydroxychloroquine for COVID-19, with 14 percent saying the opposite. The poll has a margin of error of 2 percentage points.

The new survey was conducted as the Food and Drug Administration issued a warning Friday that advised people against taking hydroxychloroquine or chloroquine as a treatment for the coronavirus outside of a hospital setting or a clinical trial. In its guidance, the FDA said the drugs “have not been shown to be safe and effective for treating or preventing COVID-19” and mentioned reports of “serious heart rhythm problems” in coronavirus patients who have taken the drugs, including in combination with the antibiotic azithromycin.

Related: Nearly 70 Percent of Voters Back Limits to Public Activities Amid Protests

The National Institutes of Health issued similar guidance on April 21 as it continues to conduct its own clinical trial on the drug, which it began on April 9. Twenty percent of voters said they heard “a lot” about NIH’s guidance on hydroxychloroquine and azithromycin to treat COVID-19, including 30 percent of Democrats and equal shares of independents and Republicans (14 percent).

Morning Consult first asked voters about support for hydroxychloroquine in a survey conducted April 10-12 after the launch of the NIH study. At that time, when asked if they supported or opposed the use of the drug for COVID-19 “before the National Institutes of Health is done researching its effectiveness,” nearly half of voters (46 percent) supported it, compared to 33 percent who opposed and 21 percent who did not know or had no opinion.

Republicans were most likely to support hydroxychloroquine for treatment before the conclusion of the NIH study at 71 percent compared to 12 percent who opposed, Nearly 3 in 10 Democrats supported the drug’s use for COVID-19 at the time, compared to half who opposed it.