As Some States Reopen, Few Americans Are Comfortable Going Out Right Now

But Republicans are more ready than Democrats to resume normal activities 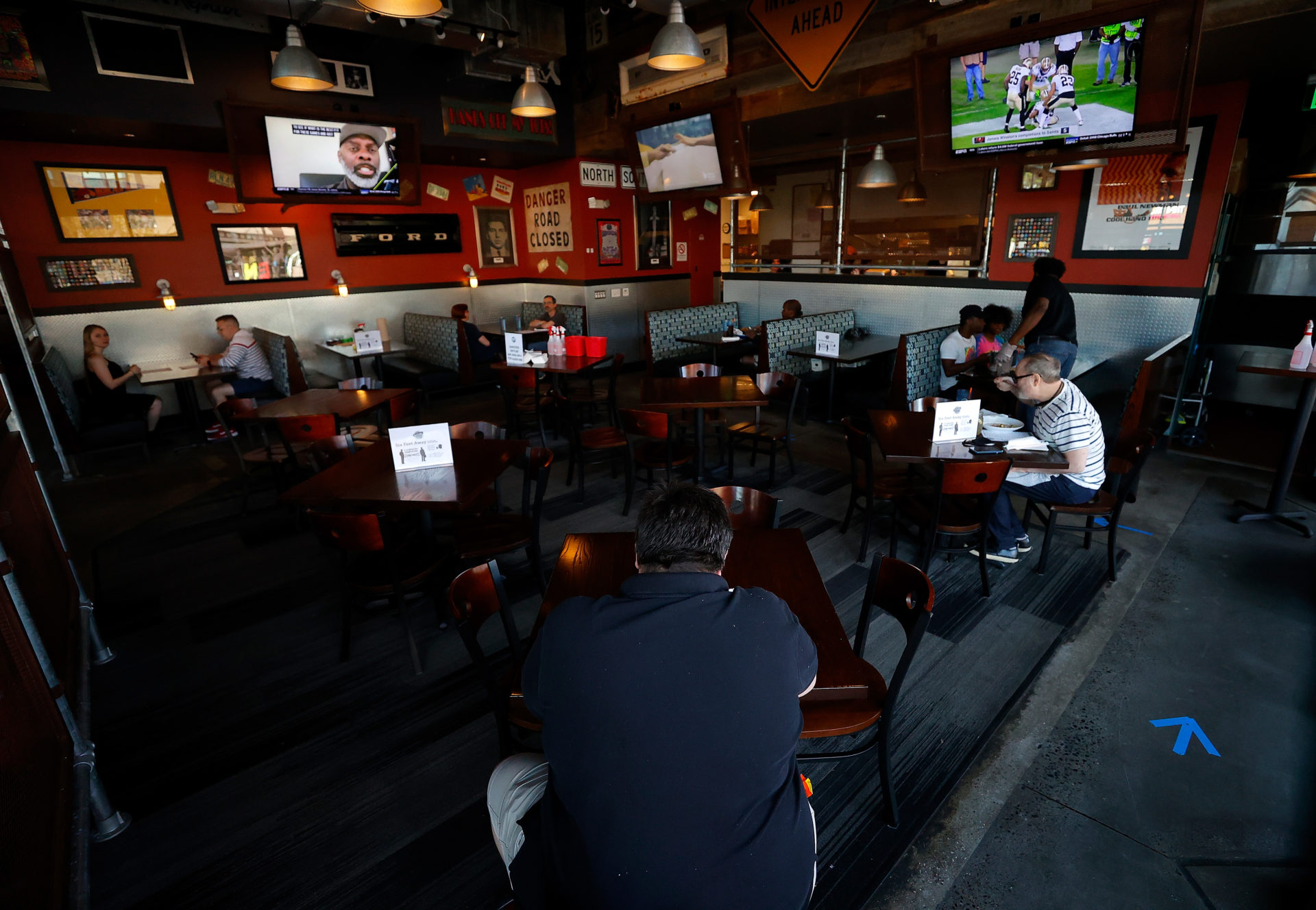 As American policymakers struggle with balancing the risks to public health and the need to get the economy moving again, new polling shows that few people are ready to try and resume something resembling normal life — though some are more primed than others.

Just 18 percent of U.S. adults say they’re comfortable going out to eat or going on vacation right now, according to a new Morning Consult survey. Though the figures represent relatively small shares of the population, they are the activities that the public is most willing to engage in now, as millions across the country shelter in place to prevent the spread of the novel coronavirus. 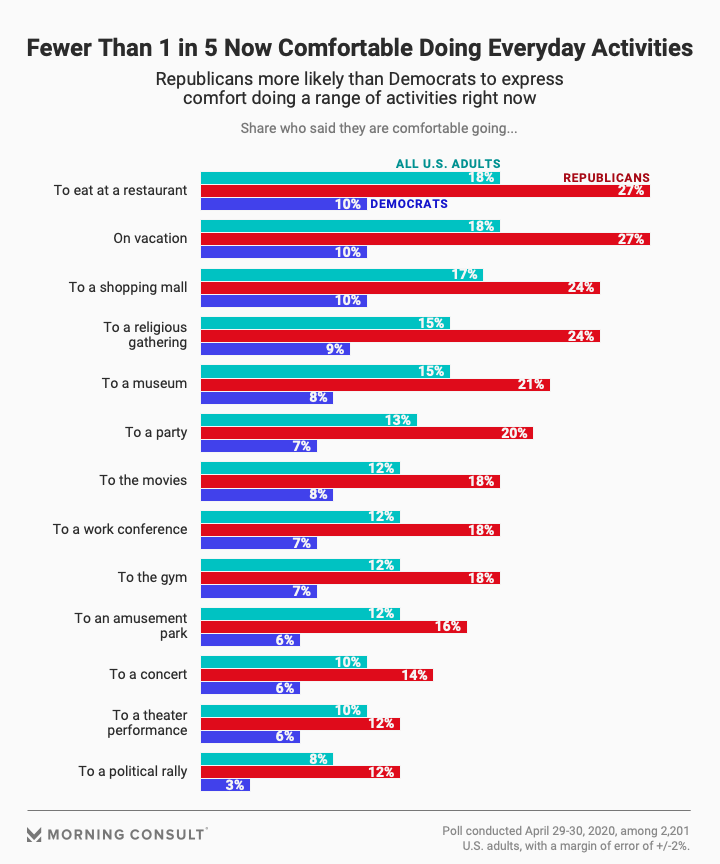 Some states are facing resistance to the restrictions from small, but vocal, segments of the population, such as in Michigan, where rifle-toting individuals entered the state Capitol in Lansing on April 30 to protest Gov. Gretchen Whitmer’s extension of a stay-at-home mandate to May 15.

While protesting the government was not a choice offered to Morning Consult survey respondents, more mundane activities such as going shopping or to the movies were on the list, and in every instance, Republicans expressed a higher level of comfort doing so than Democrats.

That said, the share of Republicans who were “very uncomfortable” with a number of activities was quite large, including going to a concert (60 percent) or political rally (59 percent), an amusement park (56 percent) or the movies (54 percent). The April 29-30 poll, asked among 2,201 U.S. adults, has a margin of error of 2 percentage points.

The findings also come as many states with Republican governors, including Texas and Georgia, have relaxed their virus-related restrictions against the advice of public health experts.

Correction: A previous version of the chart in this article misstated the size of the respondent sample.