Nearly 2 in 5 voters back government assistance to battered sector, unchanged from four weeks ago 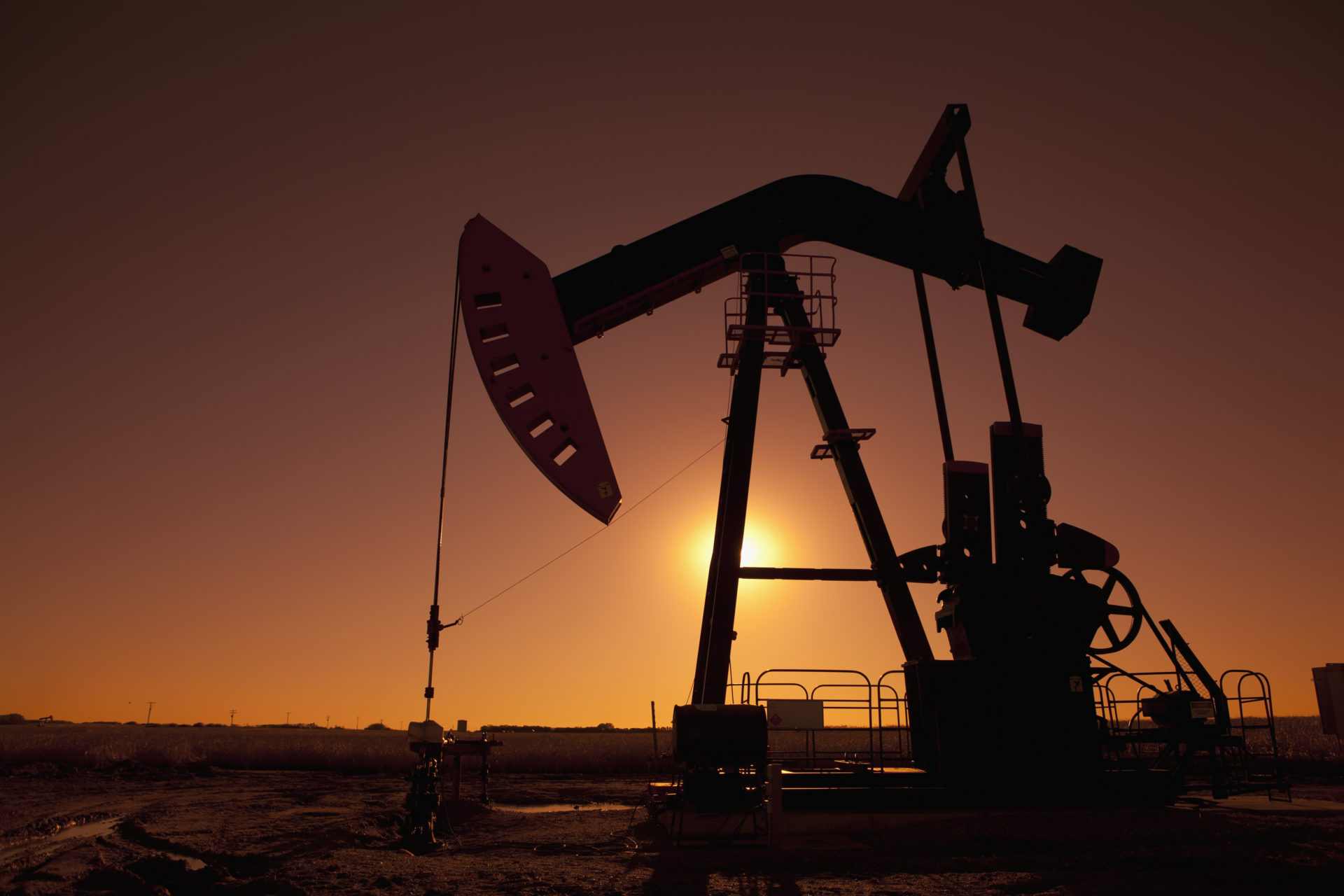 A new Morning Consult poll found that 38 percent of registered voters would support a government bailout for the oil and gas industry, an unchanged level of support from a survey conducted a month ago. (Getty Images)
By Lisa Martine Jenkins

As the oil industry weathers the combined pressures of tanking demand and a global supply glut with dwindling storage, new Morning Consult data shows that support for bailing out oil and gas companies has not changed despite a month that saw oil prices briefly dip below zero.

A poll conducted April 29-30 found that 38 percent of voters would support a government bailout for the oil and gas industry, matching the results of a survey conducted March 31-April 1 that asked the same question.

The two polls surveyed 1,993 and 1,997 voters, respectively, and both had margins of error of 2 percentage points.

When the earlier survey went into the field, it was unclear whether lawmakers would take legislative action to boost industries floundering as the coronavirus pandemic closed down large parts of the economy, and a number of sectors within the energy industry were pushing for a piece of a potential stimulus pie.

Over the course of April, things became even more uncertain for the oil and gas industry. As storage facilities filled up amid record-low demand, oil prices dipped precipitously, with West Texas Intermediate futures falling to a historic low of negative $37.63 per barrel on April 20.

And companies both small and large have felt the effects of the crisis. Royal Dutch Shell PLC cut its dividend for the first time since World War II last week, BP PLC saw a 66 percent decline in earnings in the first quarter of 2020 and Houston-based Diamond Offshore Drilling Inc. filed for bankruptcy.

Meanwhile, the tax credits and other relief options sought by the renewable energy sector did not make it into the latest stimulus package, despite heavy lobbying by solar, wind, storage and other sectors and support from a number of Democratic lawmakers, even as the industry faces supply chain disruptions due to the virus. 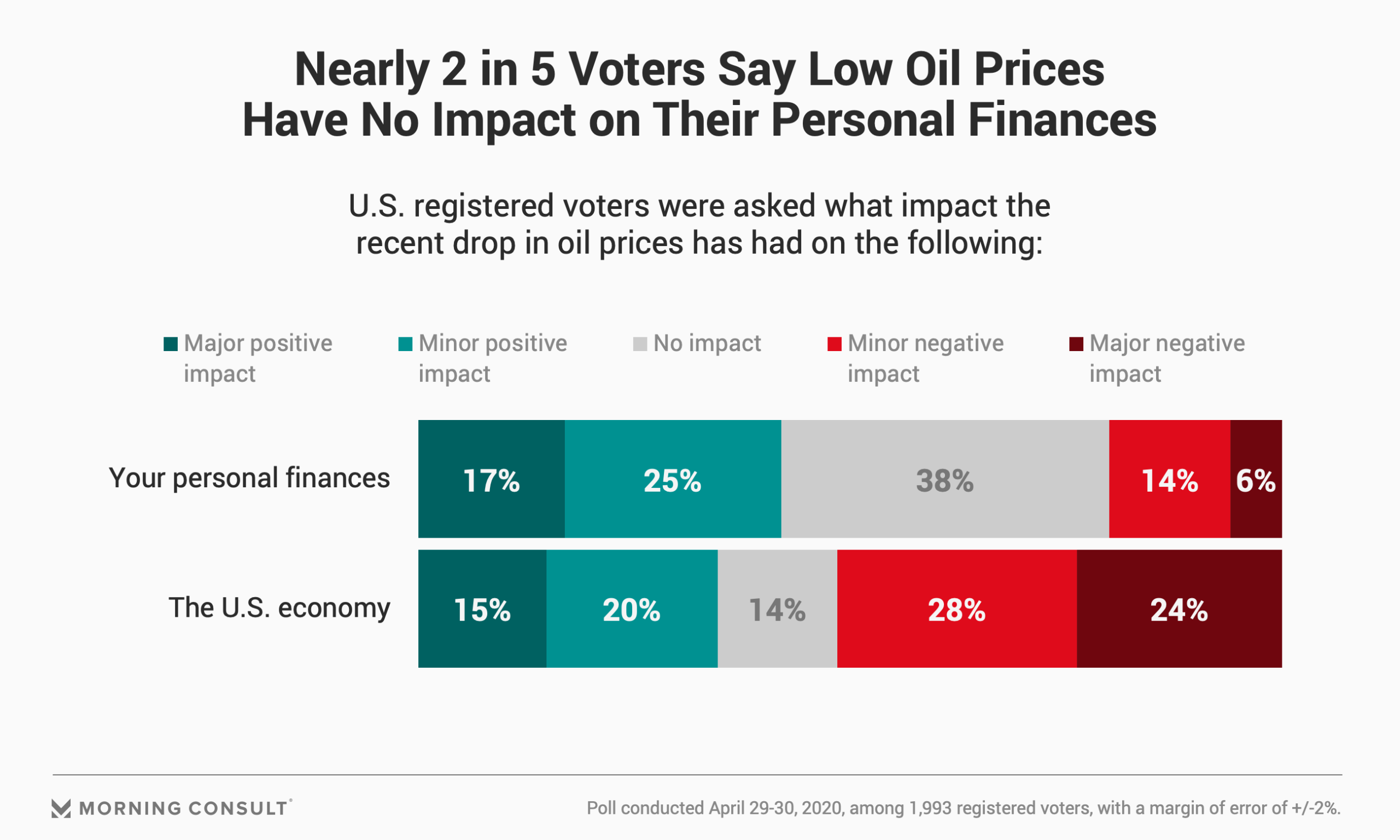 But voter support for a renewable energy bailout is also statistically unchanged, up slightly to 56 percent in the April 29-30 poll from 54 percent in the earlier survey.

There is a common assumption that low oil prices are a boon for consumers, translating to lower gasoline prices and providing some relief to their wallets. However, Morning Consult polling showed that voters’ present outlook isn’t so cut and dried. A slight plurality of voters (42 percent) said the drop in oil prices has had a positive impact on their personal finances, while 20 percent said it has had a negative impact.

Meanwhile, 38 percent of respondents say the current price downturn has had no impact at all on their personal finances. This split is likely the result of the coronavirus pandemic’s impact on consumers’ routines: those who would typically fill up their gas tank weekly to fuel their daily commute have let their cars idle, leaving those who might have appreciated the sub-$2-a-gallon gas prices more likely to see only a small impact or none at all.

The Morning Consult poll from March 31-April 1, found that 59 percent of voters expected to spend less on gas, despite prices that were already trending lower at that point.

Looking beyond their own finances, however, slightly more than half of voters say that low prices would have a negative impact on the U.S. economy, while 35 percent said the impact would be positive.

Whether prices for West Texas Intermediate futures will stay hovering below $20 per barrel remains to be seen; while demand will likely stay low as long as stay-at-home orders are in effect due to the coronavirus, the industry could see some relief due to a recent change to the Federal Reserve’s Main Street Lending Program that allows them to apply for aid.

While not technically a bailout, the relaxation of regulations could help struggling oil and gas companies survive the oil price rout. The changes — for which oil and gas industry allies lobbied heavily — will allow larger and more heavily indebted companies to qualify and use the money to pay off prior loans.