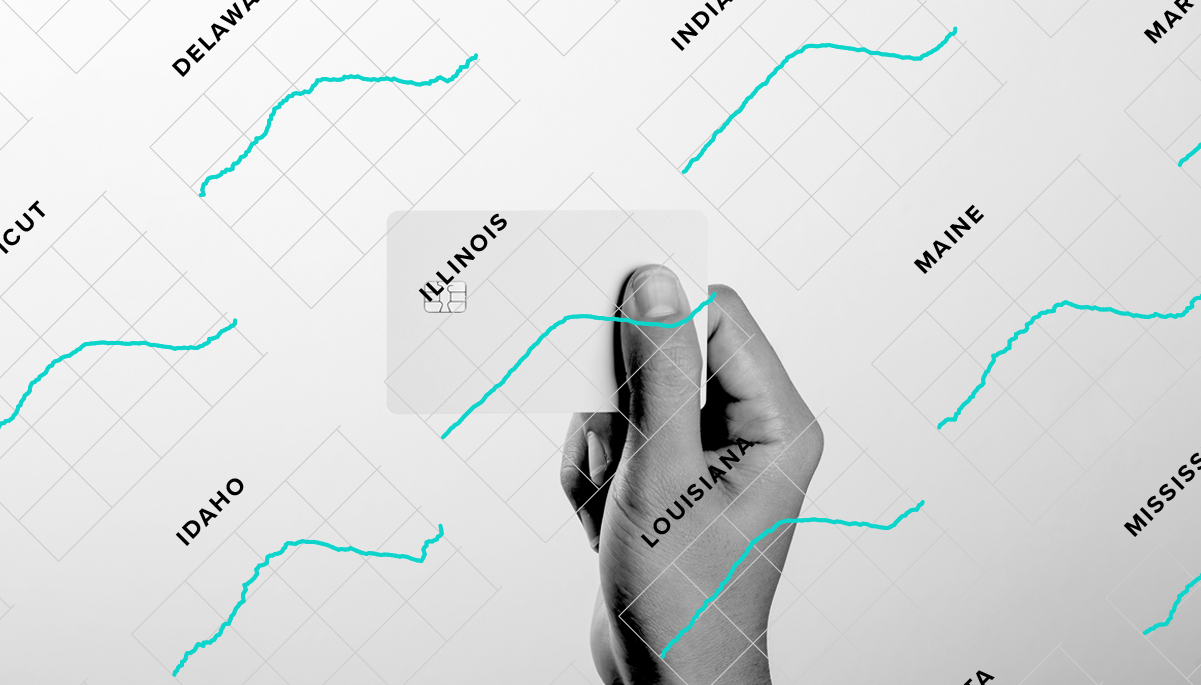 This page serves as a resource for previous analyses from Morning Consult’s state-by-state consumer confidence tracking. For the latest data and updates, please refer to this page.

Unlike during the initial fall in confidence in mid-March when consumers across the country responded relatively similarly, more recent developments reflect regional dynamics, as discussed in detail in the June 15 analysis.

While the relationship between daily per capita COVID-19 cases and consumer confidence is present across most states, it is not a universal rule. Consumers across the country may view differently the economic costs associated with increases in COVID-19 cases, or they may more directly experience the benefits of reopening segments of the economy. For example, many Americans who lost their jobs as a result of the virus remain unemployed. While a second wave of the virus may decrease the likelihood of these Americans returning to work, they already suffered the acute financial harm inflicted by the coronavirus pandemic.

From June 16 through July 1, consumer confidence in Arizona, Florida, Georgia, Nevada, South Carolina and Texas remained flat or even decreased. All of these states reported increases in daily per capita COVID-19 cases since June 16. All of these states exhibit a fairly clear peak or plateau in confidence on or around June 20, with Arizona and Nevada trending downwards since then.

Consumers in states with stable or decreasing daily per capita COVID-19 cases generally grew more optimistic about the economy and their personal finances from June 16 to July 1. For example, Maine, Massachusetts, New Hampshire and New York all exhibit clear positive trends in consumer confidence over the past two weeks as the number of daily per capita cases stabilized or decreased in those states.

Consumer confidence fell in New Hampshire and Maine towards the end of the month, but consumers in both states remain more confident at the beginning of July than they were in the middle of June. The same is not true of consumers in Arizona, Florida, Georgia, Nevada, South Carolina and Texas.

An analysis of Morning Consult’s consumer confidence data across all 50 states, with a focus on developments since the beginning of June, shows that while most states experienced a rebound in confidence early June, the size of the increase differs across the country. The differences across states and regions closely correspond to differences in the average daily number of cases of COVID-19.

Consumers living in states and regions reporting an increase in the average number of daily confirmed COVID-19 cases did not experience the same increase in confidence as those living in states or regions with stable or falling new cases. While other factors such as state-level differences in employment conditions are also likely to drive differences in consumer confidence, the Index of Consumer Sentiment (ICS) data finds a close relationship between the daily number of cases of COVID-19 and consumer confidence at the state level.

1. A Small Rebound in Consumer Confidence in Many States: Particularly in the West, there has been a notable uptick in consumer confidence since mid-May, particularly in Western states such as Montana, Utah, Idaho and Colorado.

2. Consumer Confidence in Georgia Has Yet to Rebound, Despite Reopening: Gov. Brian Kemp began easing stay-at-home restrictions on April 24 in Georgia. Despite reopening, consumers in Georgia have yet to grown more confident in the economy since the middle of April, even as consumers in surrounding states have:

Takeaways From The May 15th Data Set

1. Despite a recent stabilization and rebound, consumers across all states remain less confident than in early March: Consumer confidence across almost every state has returned to where it was 30 days ago with only a few exceptions. South Dakota, Nebraska, Vermont and North Carolina are more than 4 points higher than they were a month ago, whereas Alaska is the only state more than 4 points below its mid-April value. However, consumers across all 50 states remain much less confident than they were in early March, before President Donald Trump declared COVID-19 a national emergency on March 13.

3. Consumers’ views of the economy evolve more closely with nationwide COVID-19 developments. Consumer confidence across the country is more strongly correlated with the total number of confirmed COVID-19 cases in the country as a whole rather than in one particular state.

4. Severity of an outbreak in a given state sometimes explains why consumers care more about state-level COVID data, but not always. The severity of the outbreak in a given state does not appear to be the single determinant of whether or not consumers are influenced more by the number of cases in their own particular state versus in the country as a whole. For example, New York has the highest number of confirmed cases in absolute and per capita terms, and consumer confidence in New York is more strongly negatively correlated with the number of cases in New York than in the country (minus 0.95 vs minus 0.91). Vermont, on the other hand, has reported relatively few confirmed cases, but consumers there are also more concerned about the outbreak in the state than they are in the country (minus 0.96 vs. minus 0.87).

6. The fall in confidence didn’t start with statewide shutdowns, and reopenings haven’t provided a boost. While the state-level shutdowns may have exacerbated the fall in confidence in late March, consumers had been already growing less optimistic about the economy. Consumer confidence across all 50 states began to decrease by March 19, before any of the states issued stay-at-home orders. Similarly, consumer confidence stabilized across most states in mid-April before the first states began reopening their economies.