Voters to Trump and Pence: Cover Your Faces

President Donald Trump speaks during Monday's briefing about coronavirus testing in the Rose Garden of the White House. A new poll finds most voters believe Trump and Vice President Mike Pence should be wearing face masks when they travel. (Drew Angerer/Getty Images)
By Eli Yokley

As President Donald Trump and Vice President Mike Pence start to resume public events amid the coronavirus pandemic, most voters think they should be keeping their faces covered in public. 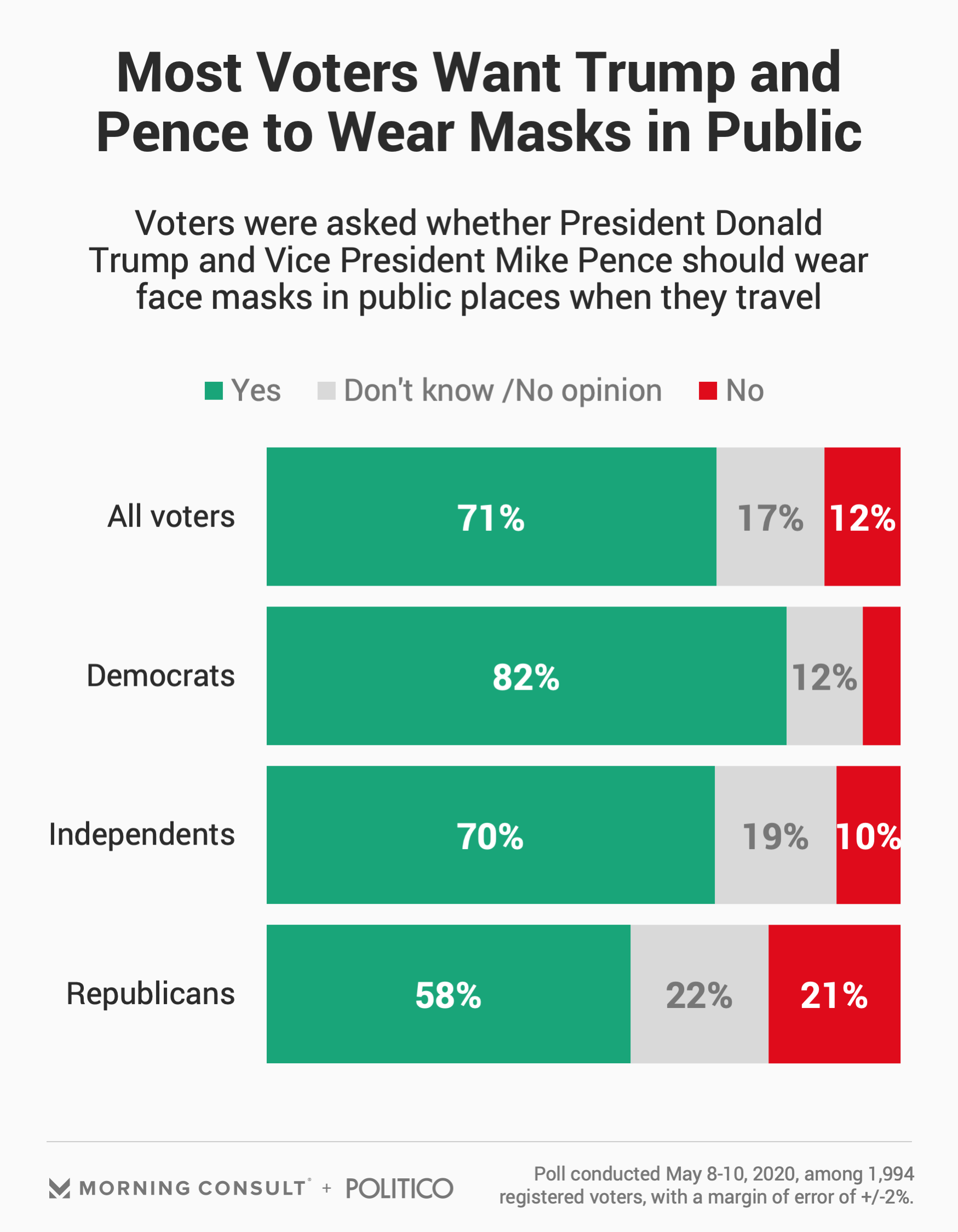 The May 8-10 poll was conducted among 1,994 registered voters, with a margin of error of 2 percentage points.

Trump has refused to wear a face mask in public as pushes to reopen the economy and resume presidential travel. During a tour of an Arizona mask factory last week, the president wore safety glasses but eschewed a face covering, while Pence chose not to don a mask while visiting the Mayo Clinic in Minnesota last month. Both of them were criticized for forgoing the protective measure, which House Speaker Nancy Pelosi said was a “vanity thing” for the president.

Mask policy hit close to home for Trump last week, when news broke that a personal valet in the White House residence and a top Pence aide had both tested positive for COVID-19, and a number of administration officials started isolating due to potential exposure. The White House has started directing staffers to begin wearing masks if they must show up at the office, Trump confirmed on Monday — though the rule does not apply to him.

“In the case of me, I’m not — I’m not close to anybody,” he told reporters at a news conference.

The Centers for Disease Control and Prevention recommends wearing masks in public places “where other social distancing measures are difficult to maintain.” While wearing a mask does not prevent the person wearing it from contracting COVID-19, face coverings help protect people around them from the droplets expelled during coughs, sneezes or speaking.

Previous research has indicated that officials’ actions and statements have been effective in swaying Americans’ minds during the pandemic, especially when it comes to taking the threat seriously and following social distancing guidelines. 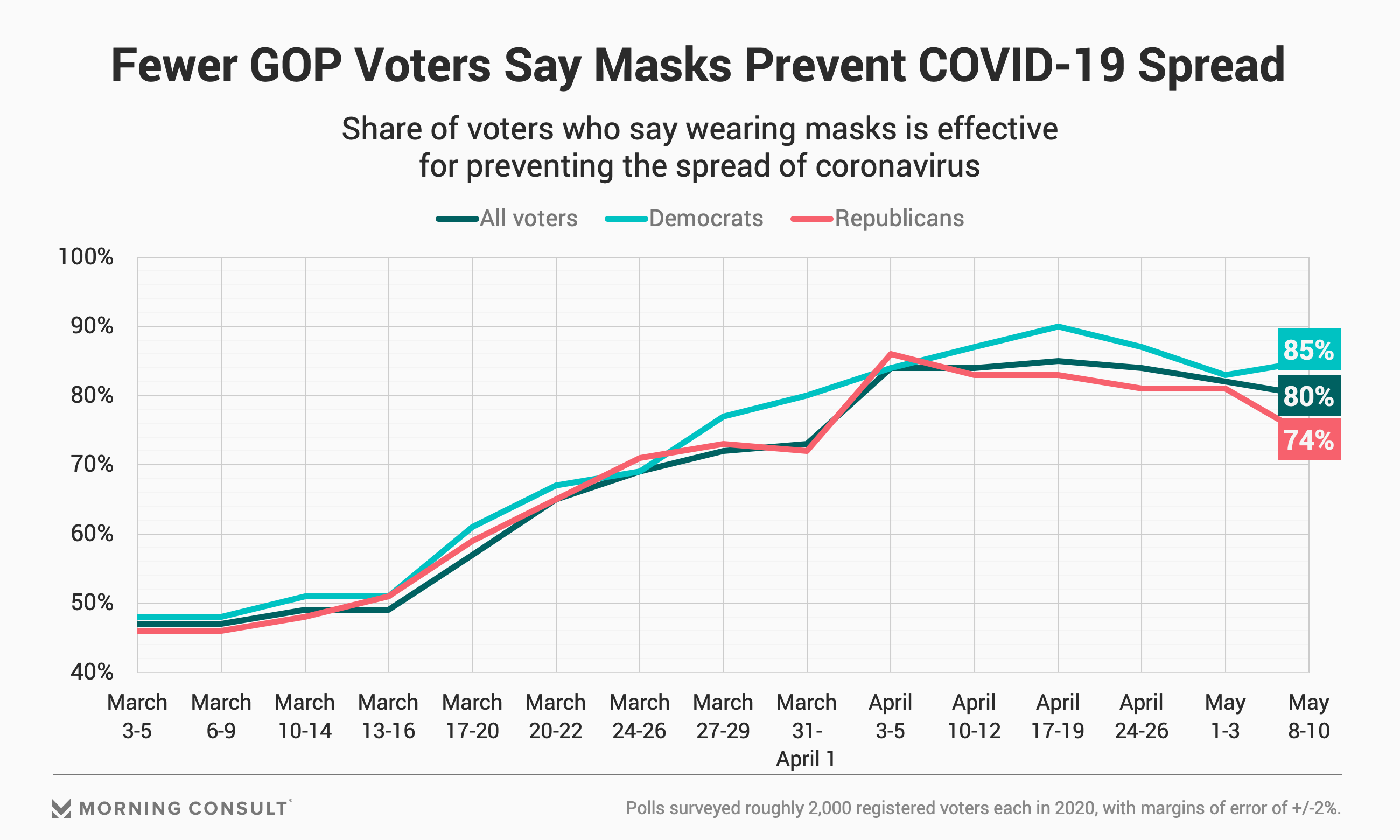 Four in 5 voters — including 85 percent of Democrats and 74 percent of Republicans — believe masks are effective for preventing the spread of coronavirus, according to a May 8-10 Morning Consult poll. But the poll found masks to be more controversial than other measures meant to combat viral spread, such as social distancing or using soap and disinfectants, with a political divide growing over their effectiveness.