Half of Voters Say U.S. Is Moving Too Quickly to Reopen Economy

Dontee's Diner opens up for business on May 11, 2020 in Palm Beach, Fla., as Palm Beach County starts the first phase of the state’s coronavirus pandemic reopening plan. A new Morning Consult/Politico poll found that more than half of voters think the United States as a whole is moving too fast to reopen businesses and public spaces. (Joe Raedle/Getty Images)
By Brian Yermal Jr.

Early efforts by state and federal leaders to reopen their economies have received support from some, like President Donald Trump, and scrutiny from others, such as infectious disease expert Anthony Fauci, who warned at a Senate hearing Tuesday that returning to pre-pandemic life too soon could lead to dire consequences.

New Morning Consult/Politico data shows that just over half of voters think the United States as a whole is moving too fast to reopen amid the pandemic, while views on their own state’s response are more divided.

But for the first time since Morning Consult began tracking public sentiment on the issue, a majority of Republicans say that they are more concerned about the pandemic’s impact on the economy than on public health and that the government should focus more on the economy instead of stopping the coronavirus outbreak. 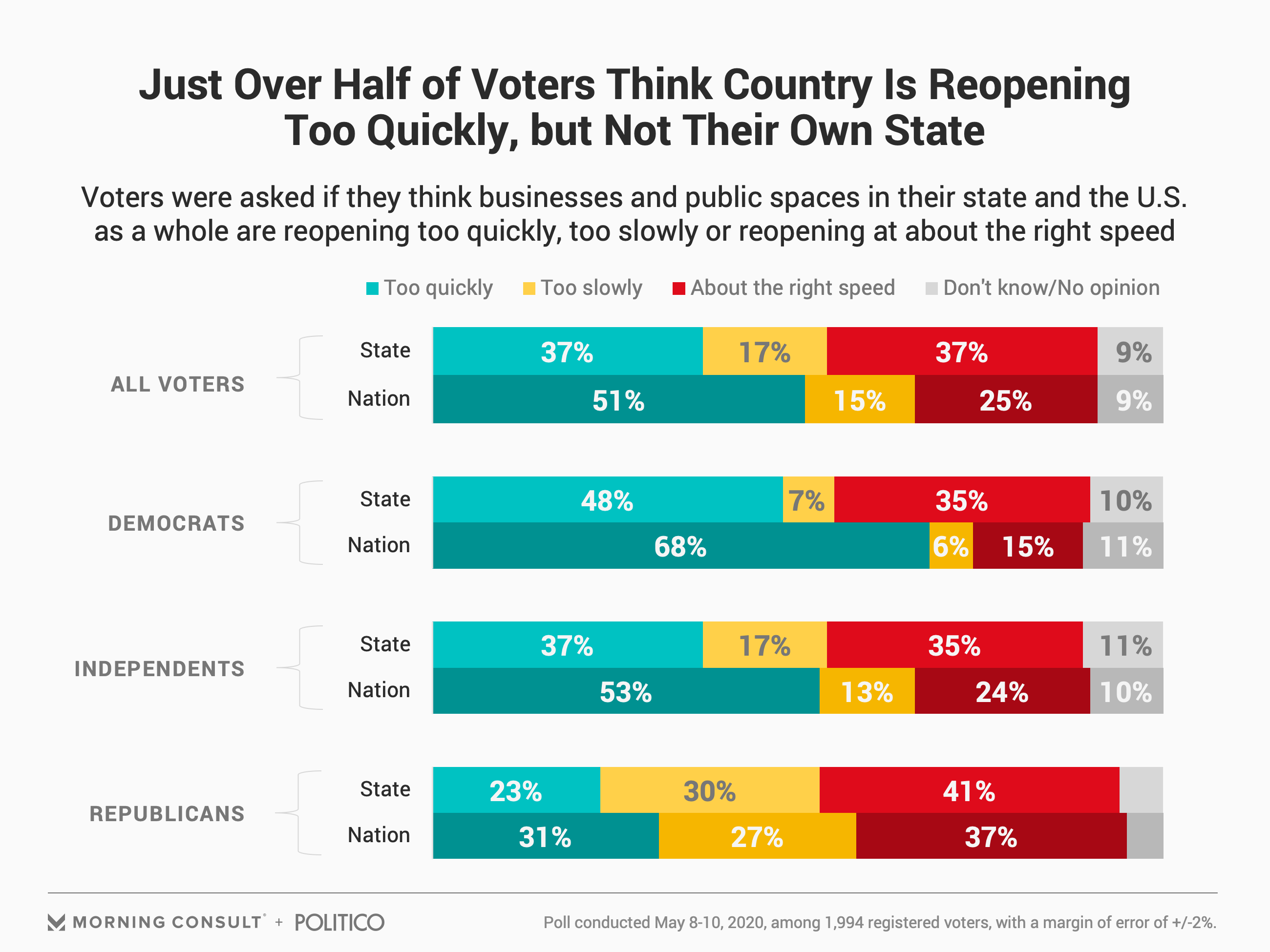 In the poll conducted May 8-10, 51 percent of voters said businesses and public spaces are reopening “too quickly” when thinking about the country as a whole, with 25 percent saying the pace is “about the right speed” and 15 percent responding that the efforts are moving along “too slowly.”

A majority of Democrats (68 percent) and a little over half of independents (53 percent) said the United States is moving too quickly to reopen businesses and public spaces. Republicans were more split on their views of the nationwide effort, with 31 percent saying it’s going too quickly, 27 percent responding that it’s moving too slowly and 37 percent thinking it’s at about the right speed.

The survey was conducted among 1,994 registered voters and has a margin of error of 2 percentage points.

The decision to reopen economies has mostly fallen to governors after the Trump administration allowed its social distancing guidelines to expire April 30, with the president saying at the time that many states already had their own measures in place. So far, there hasn’t been a uniform approach to how states have approached reopening businesses and public spaces. In the South, Georgia and Florida have reopened several businesses considered nonessential and public spaces such as beaches, while in the Northeast, Pennsylvania has begun reopening public spaces, including some state parks and golf courses, but has decided to lift stay-at-home orders on a county-by-county basis.

Part of the struggle that government and health officials have faced in moving to reopen is striking a balance between supporting the economy and safeguarding public health. Fauci, the director of the National Institute of Allergy and Infectious Diseases, testified during a Senate Health, Education, Labor and Pensions Committee hearing Tuesday that reopening the country too early could lead to an increase in cases and deaths over the coming months. 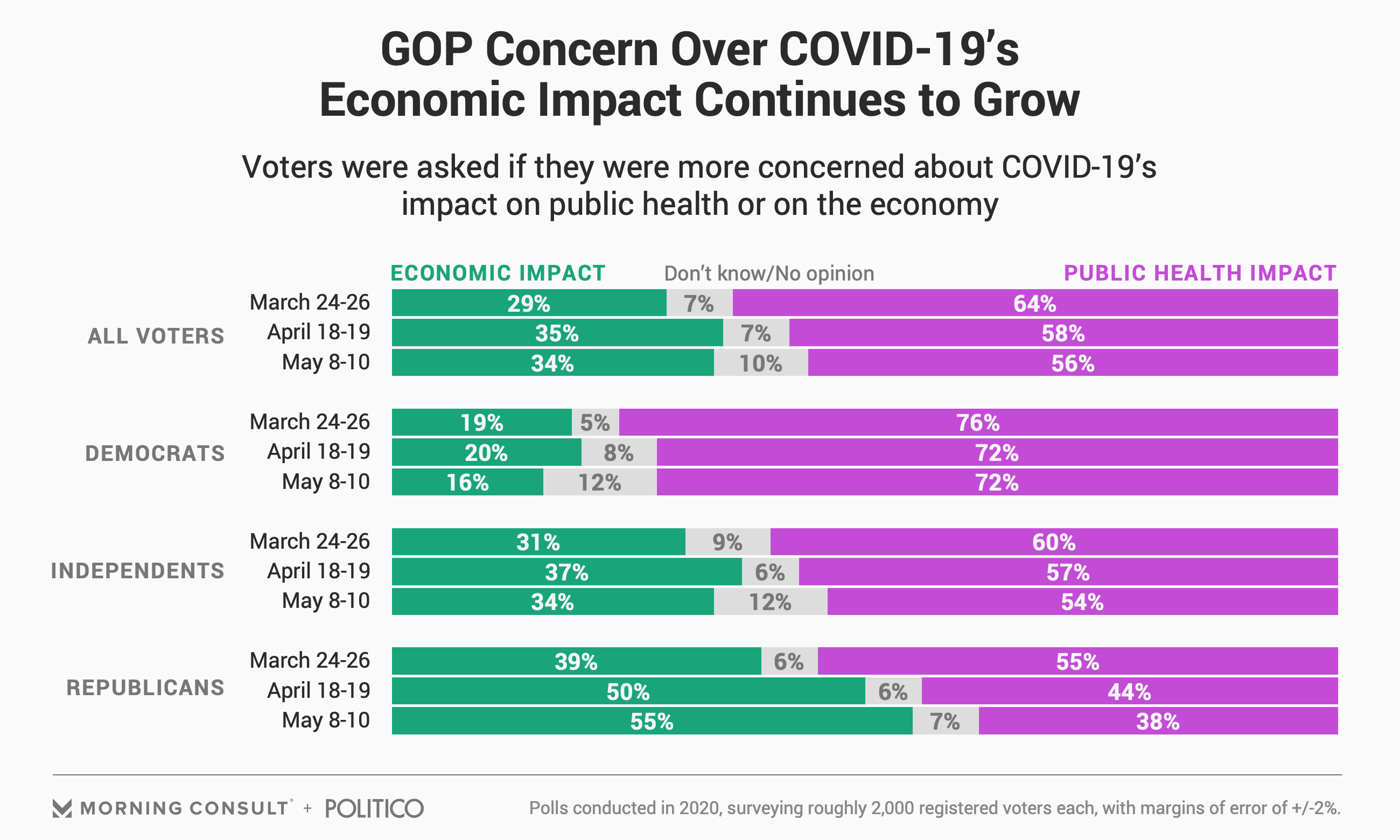