GOP Leaders in No Rush for More COVID-19 Relief, but Voters Are 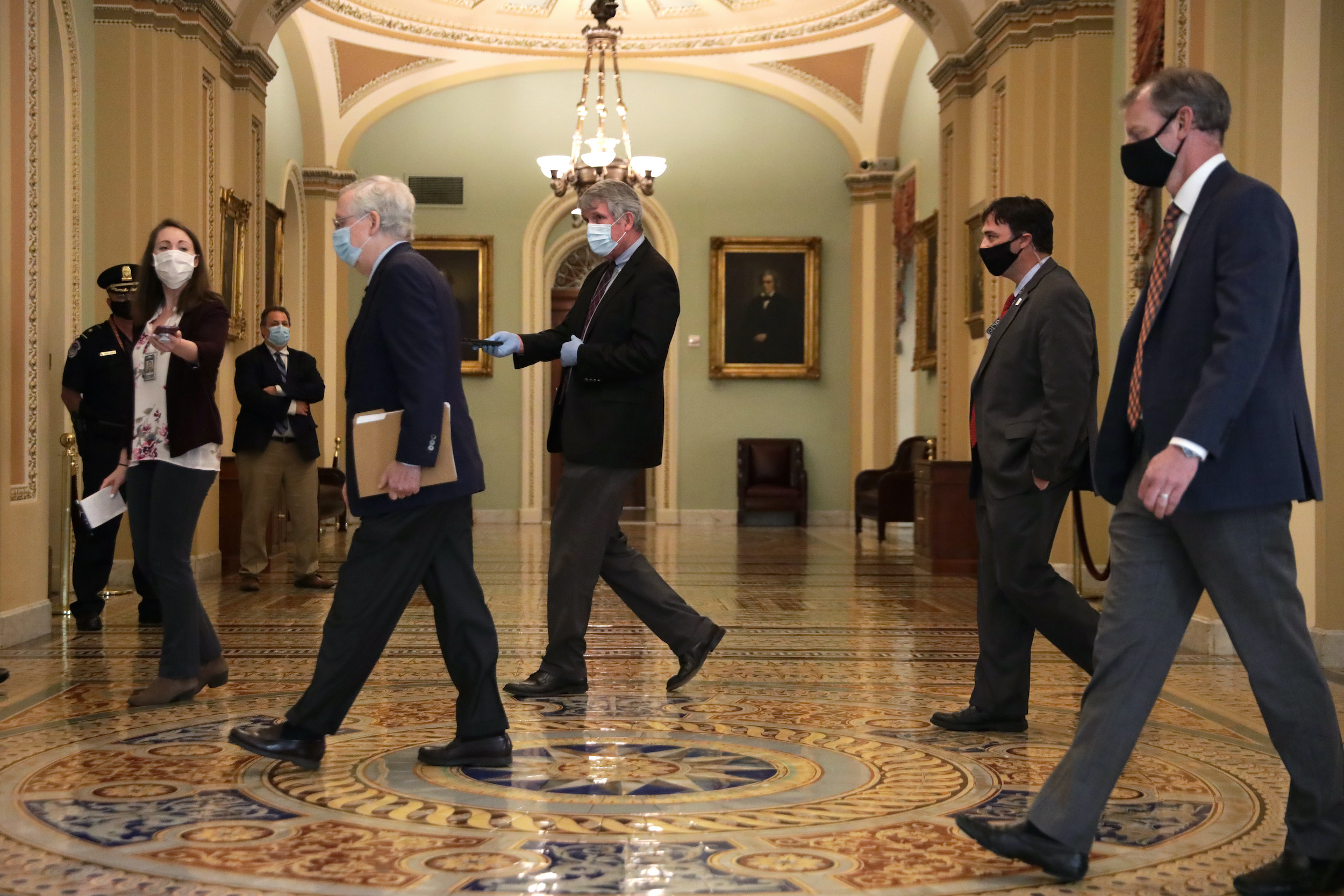 Senate Majority Leader Mitch McConnell told reporters this week that he and the White House “have not yet felt the urgency of acting immediately” on another round of coronavirus relief legislation, but a new Morning Consult/Politico poll shows the American electorate is hungry for more action from Congress.

According to the May 8-10 poll, roughly 7 in 10 voters said controlling the spread of COVID-19 and providing economic stimulus to mitigate its effects should be top priorities for Congress, comfortably the two options with the broadest, most bipartisan backing. 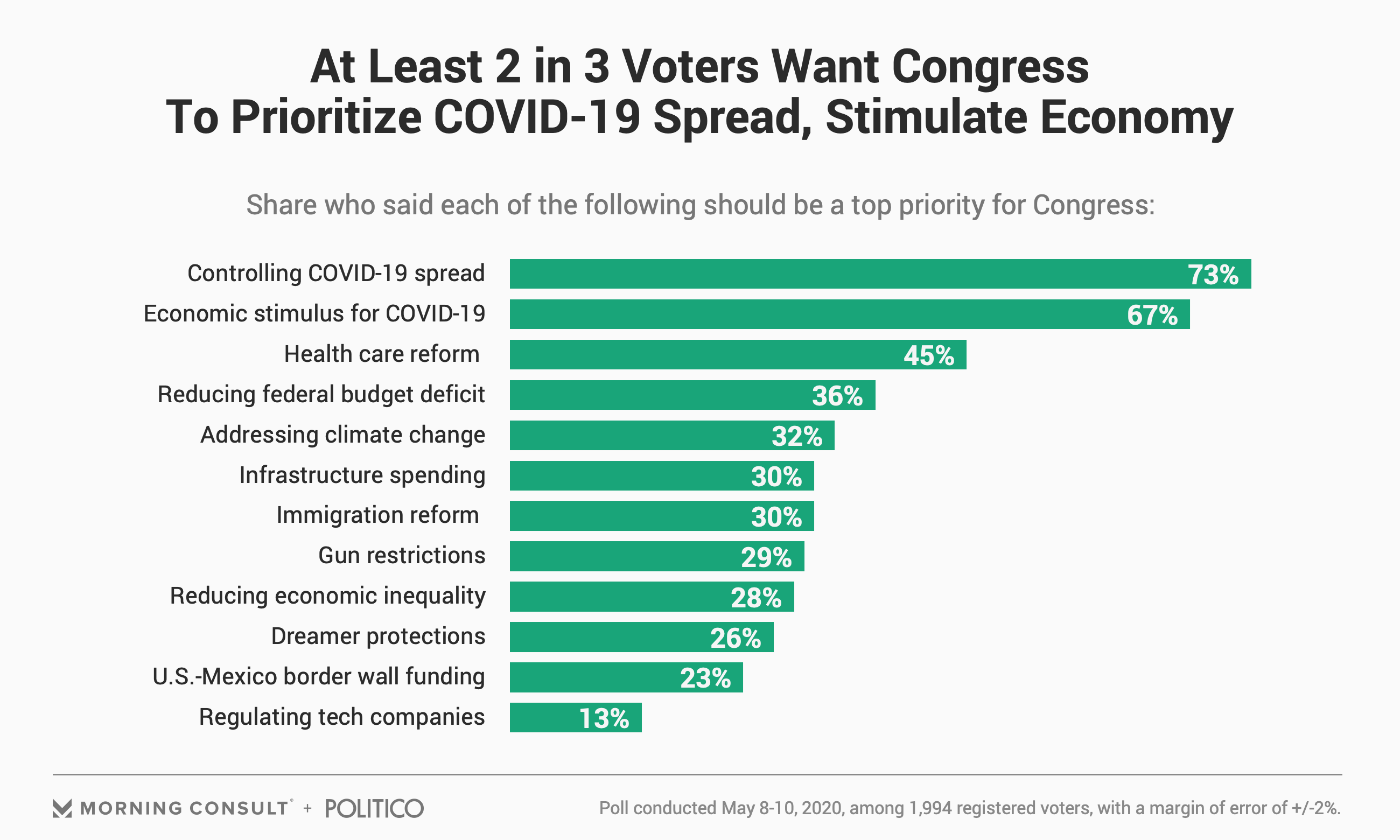 McConnell’s remarks, made Monday at the Capitol, were his latest move to pump the brakes on the prospects of more coronavirus relief talks. Since Congress cleared a $484 billion relief bill last month, the majority leader has appeared wary of the prospect of more federal spending, expressing alarm in a series of interviews over continuing to add to the national debt. That position puts him at odds with GOP voters, according to the poll, which was conducted among 1,994 registered voters and has a margin of error of 2 percentage points.

Republicans, in particular, are prioritizing economic stimulus, with 73 percent saying such action should be a top concern for Congress — the largest share measured among any of the options presented. By comparison, 45 percent of GOP voters said reducing the federal budget deficit should be a top congressional priority.

It could be difficult for McConnell to hold the line as he faces pressure from a number of Senate Republicans for more spending. Treasury Secretary Steven Mnuchin said Sunday on Fox News that the White House would wait a “few weeks” before considering more COVID-19 relief legislation, but calls for action could grow louder from President Donald Trump, who in recent weeks has pushed for a variety of tax cuts, suspensions or eliminations altogether.

Other data suggests a significant political incentive for the president to pressure Congress to go big on the next round of funding talks.

When it comes to views on Trump’s coronavirus response, Morning Consult polling from late last month showed voters were most likely to give the president positive marks (48 percent saying “excellent” or “good”) on providing financial support for people and businesses affected by the pandemic. Since late April, approval for Trump’s overall handling of the U.S. response to the pandemic has hovered in the low 40s in Morning Consult polling, suggesting that cash flow is buoying views of his performance on COVID-19 as he seeks re-election this year.

As McConnell told Trump in a June 2019 phone call, according to The Washington Post, no politician has ever lost office for spending more money.