President Donald Trump walks off Marine One on May 30. New polling shows 53 percent of voters disapprove of the president's handling of the U.S. response to the coronavirus, a record high. (Tasos Katopodis/Getty Images)
By Eli Yokley

Voter sentiment about President Donald Trump’s handling of the coronavirus pandemic reached a new nadir as reports emerged that the United States had surpassed 100,000 deaths attributed to COVID-19.

Forty-one percent of registered voters approve of Trump’s management of the public health crisis while 53 percent disapprove, according to a May 29-June 1 poll, his worst marks since Morning Consult began tracking public opinion on the pandemic in February. The survey polled 1,989 registered voters and has a margin of error of 2 percentage points. 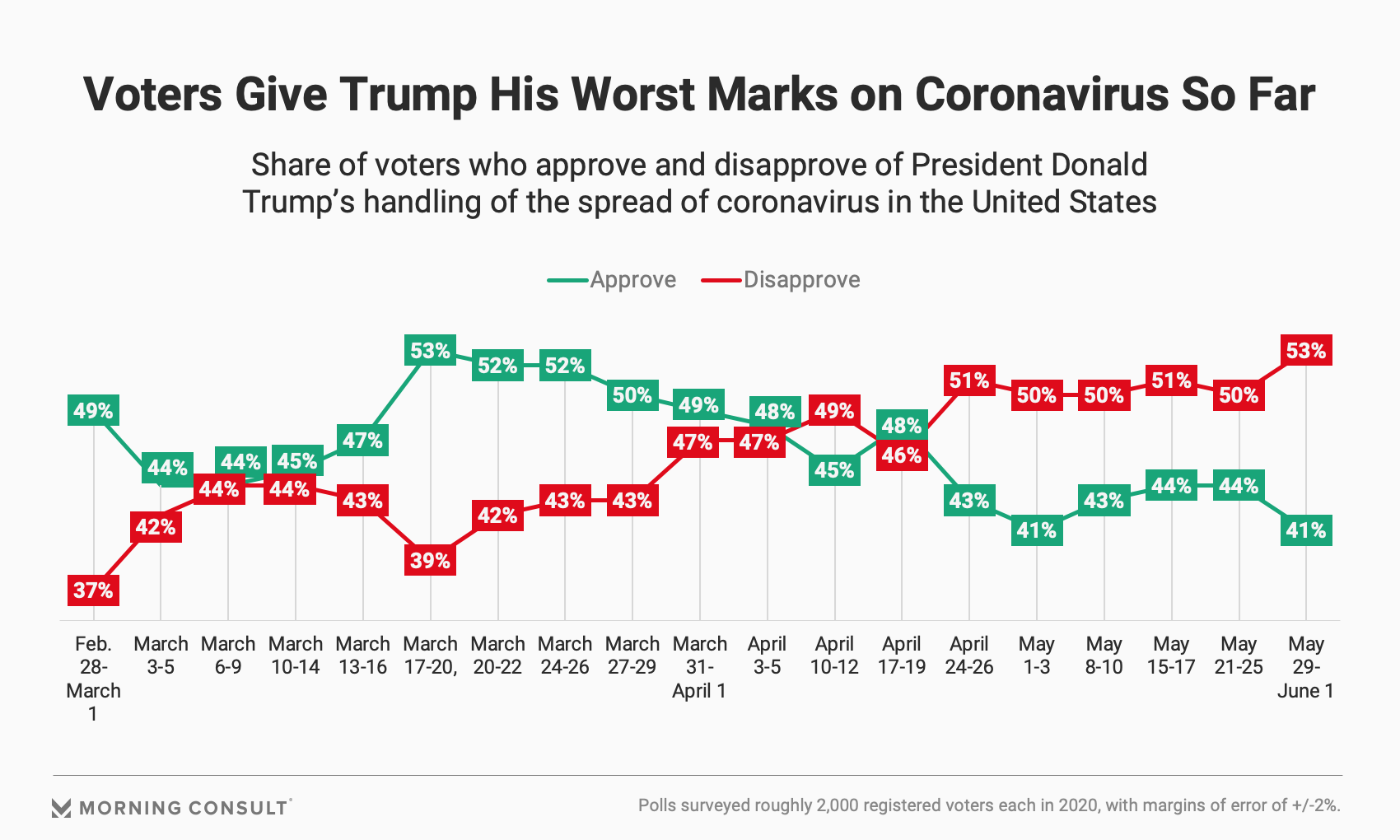 The 12-point gap, double the deficit measured in a May 21-25 poll, is the first notable movement in weeks from a metric that has been relatively stable since perceptions of Trump’s coronavirus handling slipped underwater in late April.

The change was driven by Republicans and independents, as the vast majority of Democrats were already vehemently displeased with the president’s response to the pandemic. 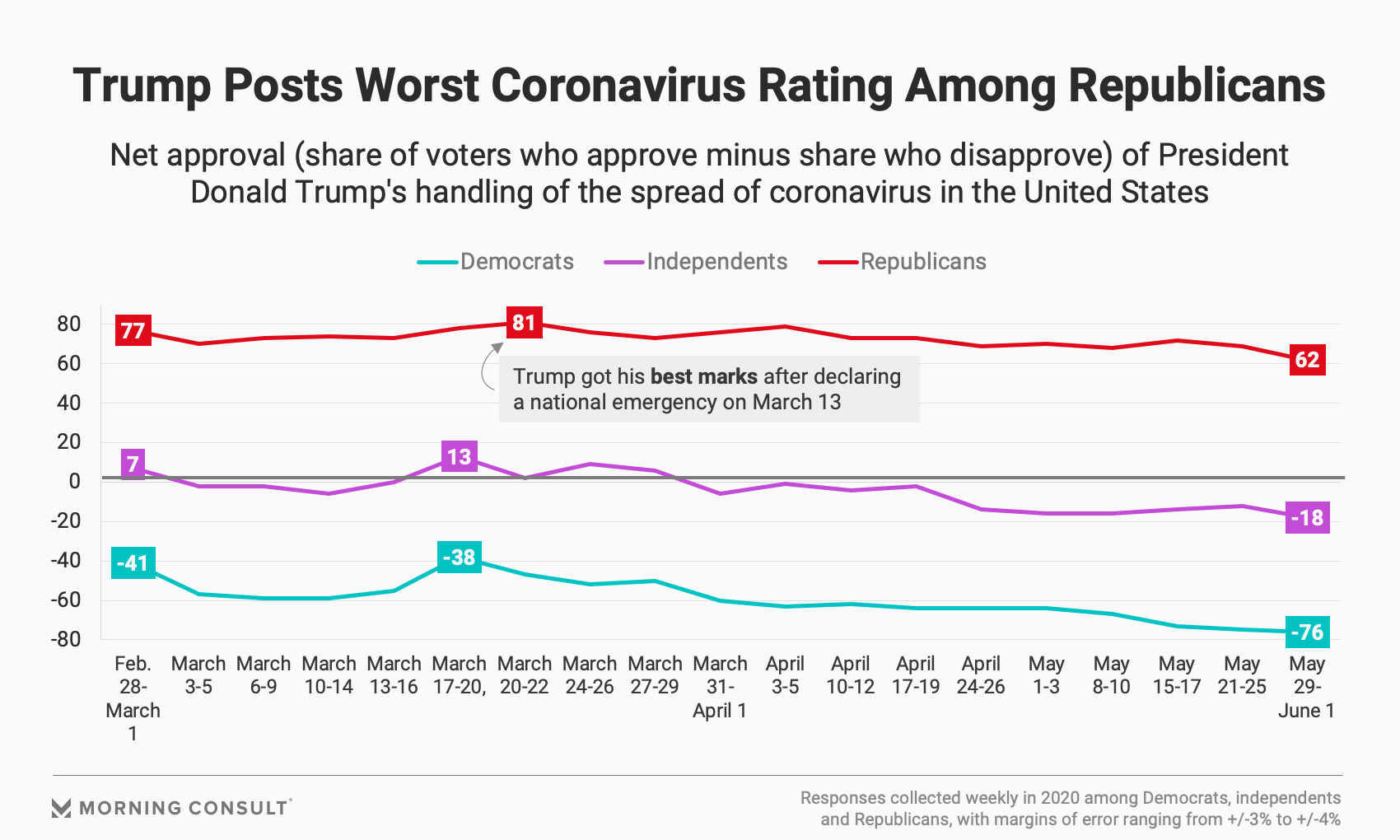 While voters have soured on Trump’s handling of the pandemic since his approval’s mid-March zenith, which followed his declaration of a national emergency, the poll found no movement on the question of whom voters hold most responsible for COVID-19’s domestic spread. Thirty-one percent of voters said Trump is the most to blame, while 34 percent named the Chinese government, figures that fall within the surveys’ margins of error.