Analysis: Job Security and Workforce Attachment in May — When Will the Employment Recovery Start? 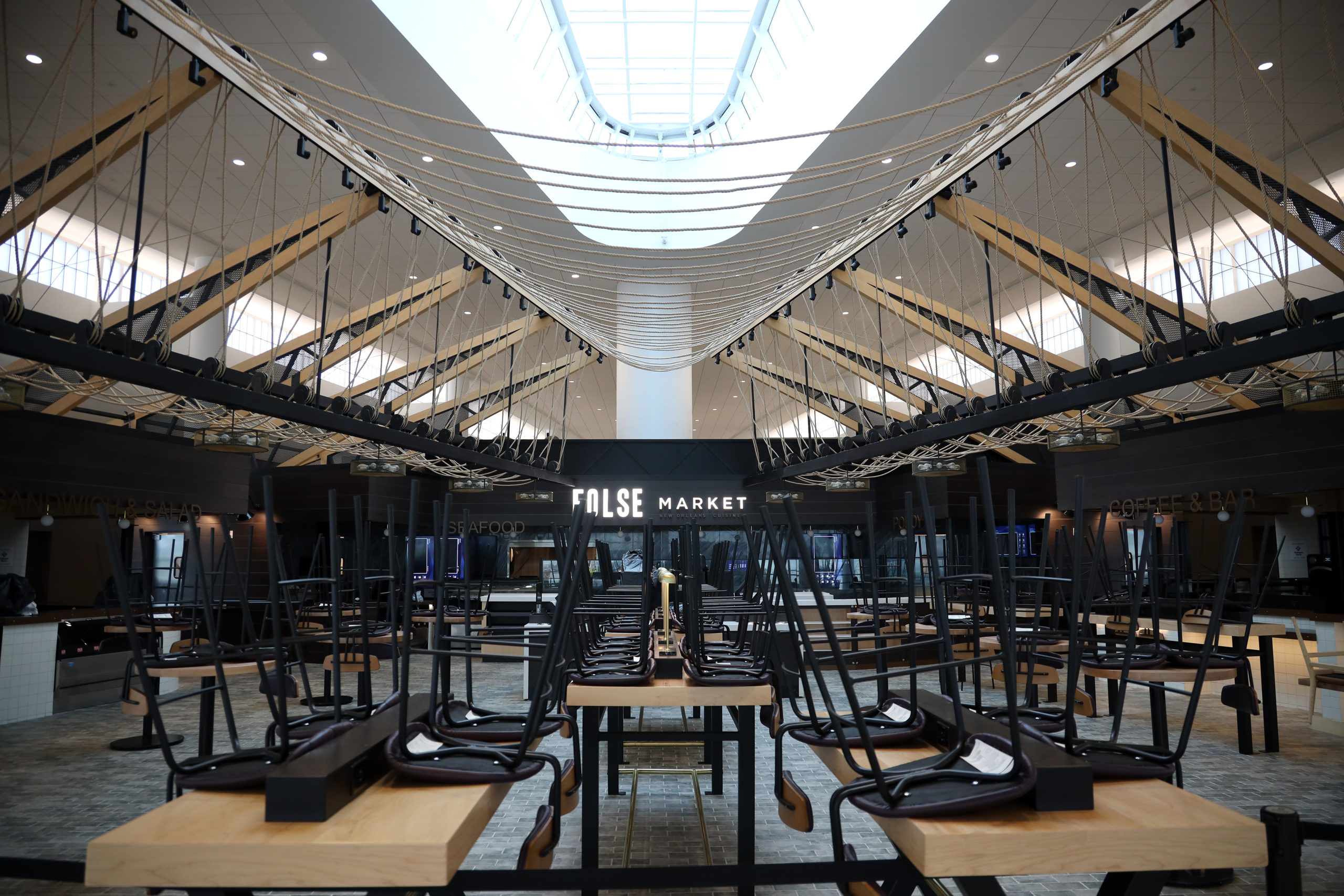 The coronavirus pandemic wreaked havoc on the health of the U.S. economy and U.S. workforce in March and April, causing historically a high unemployment rate and claims for unemployment insurance (UI) benefits. The question now is how to properly diagnose the health of the U.S. workforce. How many of the acute initial symptoms will become chronic conditions?  And what are the risks of future complications derailing a successful recovery?

This analysis focuses on trends in unemployment across different demographics to better understand what to expect from labor markets in the coming months. It seeks to provide insight into two simple but extremely important questions. First, how many laid off and furloughed workers are likely to return to work? And second, how many workers are still at risk of losing their jobs?

The analysis, which is based on a Morning Consult survey of 2,200 U.S. adults conducted May 19-21, proceeds in three sections. First, it describes how workers have been affected by COVID-19 over the past three months. Second, it dives deeper into the employment arrangements, communications and expectations of furloughed and laid-off workers. Third, it examines job stability concerns of workers who were employed the week ending May 16. This week was the reference period for the May unemployment rate so section three provides some forward guidance regarding what to expect in June. If a high share of employed workers in May expect to lose their jobs in June, then the June jobs report is likely to show additional increases in unemployment.

Of the 2,200 survey respondents, 1,071 of them were employed in January 2020. This analysis tracks changes in the employment status of these workers from early March through May 16, 2020, which is the last day of the reference week used by the Bureau of Labor Statistics to calculate the May unemployment rate. The table breaks out workers into salaried and hourly workers since their experiences over the past three months differ so dramatically.

The worst appears to be behind us for now. The period from March 16-31 was the worst period for workers in terms of layoffs, lost pay, temporary leave and reductions in hours. Fewer workers have had their employment situation negatively affected since the beginning of April, and the first two weeks of May were relatively mild for both salaried and hourly workers.

Employers prefer reductions in hours over layoffs and furloughs. For both salaried and hourly workers, a reduction in hours was the most common change in employment, followed by being put on temporary leave and then finally being laid off. As a result, a large share of unemployment claims will not show up in the unemployment rate since workers who have had their hours cut are eligible for UI benefits but are not considered unemployed.

This rank ordering of actions taken by employers is consistent with employment practices during prior periods of economic uncertainty and weakening business conditions. It is easier for employers to adjust downward the intensive margin of labor, or the number of hours that workers work, as opposed to the extensive margin, or the number of workers they employ.

Employers would rather maintain extra labor capacity during the early phase of a downturn so that they have the ability to quickly recalibrate when the situation improves. Needless to say, at some point it becomes too expensive for employers to hold onto workers, which leads to additional layoffs. The practice is even more acute in Europe, where labor laws severely limit firms’ ability to fire workers due to weaknesses in business conditions.

The following section assesses the likelihood of laid-off and furloughed workers returning to work and of hourly workers experiencing an increase in their hours.

One of the biggest uncertainties surrounding the labor market right now is the question of how easily or quickly furloughed and, to a lesser extent, laid-off workers will be able to return to work. This section uses three data points to answer that question.

The first approach to answering this question is to understand the current state of workers who have been placed on temporary leave. Of the 387 workers placed on temporary leave over the past three months, 13 percent receive full pay, 17 percent receive partial pay, and 70 percent receive no pay. The 30 percent of workers who receive at least partial pay have the greatest likelihood of returning to work since they remain on the payroll of their prior employers. Thus, the administrative and cost burdens of bringing these workers back to their prior jobs is significantly reduced.

On the other hand, 70 percent of temporarily laid-off workers report receiving no pay from their prior employers. If businesses bring these workers back to work, those businesses are going to have to bear additional labor costs.

It is surprising that such a high percentage of furloughed workers are not receiving any pay since the express purpose of the Payment Protection Program was to entice small businesses to keep workers on the payroll.

Another indicator of the overall attachment of furloughed and laid-off workers to their prior employers is the direct contact between these two groups. This evidence is encouraging. Over the past month, the share of laid-off and furloughed workers who report being contacted by their prior employer about returning to work increased from 29 percent in late April to 35 percent as of the middle of May.

Some evidence also suggests that the PPP was well-intentioned even if it was not effective in keeping more furloughed workers on the payroll: 54 percent of furloughed workers receiving at least some pay reported being contacted by their prior employer about returning to work, compared to 35 percent of those receiving no pay. In other words, employers are more likely to reach out to furloughed workers who are receiving some pay. This finding does not prove causation since businesses likely decided which furloughed workers to pay based on workers’ productivity or contributions to the business. However, it is broadly consistent with a causal explanation.

The third and final indicator of workers’ attachment to prior employers is their self-reported beliefs. As of the middle of May, 60 percent of laid off and furloughed workers believed that they will be brought back to work, whereas 67 percent said so as of late April. One reason for the decrease is that some workers have already been brought back to work by their employers or found other jobs. For example, 21 percent of workers placed on temporary leave have already found a new job.

Although tempting, it is not possible to use these findings to directly estimate the effect on the unemployment rate of a 30 percent reduction in temporary layoffs due to classification problems in the April Employment Situation report. If the classification problem is resolved in the May report, then it is possible to estimate the share of unemployed workers most likely to return to work.

What does job security tell us about the future?

Whereas the first section examined the likelihood of reversing the employment hardship induced by the coronavirus pandemic, this section assesses the probability of currently employed suffering losing pay over the next four weeks. Such an analysis is also important for forecasting consumer spending over the next month. In the long run, disposable income is the primary driver of consumer spending. However, over shorter periods of time, confidence and job security are also important drivers of consumer spending. Job security allows people to make future plans and investments, both in terms of spending patterns and also long-term life decisions like buying homes and starting families.

The share of employed workers who expect to experience a loss of employment income in the next four weeks because of the coronavirus pandemic has fallen from 39 percent to 30 percent. This decrease is consistent with consumer confidence data showing a stabilization and moderate uptick in the share of Americans who believe they’ll be better off financially 12 months from now.

However, segments of the workforce exhibit above average job insecurity. Notably, 33 percent of hourly wage workers expect to experience a loss of income in the next four weeks. Future expectations may be the result of past trauma. As previously discussed, hourly wage earners have been hit harder than annual salary workers in terms of layoffs, furloughs and pay reductions.

It’s also possible that these feelings of job instability reflect an acknowledgment of a fundamental shift in the costs and benefits of labor during the coronavirus pandemic. Forty-seven percent of all respondents who were employed the week ending May 16 worked from home, and 45 percent of them leave their home to work in an office or other workplace. That picture dramatically changes when comparing salaried and hourly workers: 69 percent of salaried workers work from home compared to only 33 percent of hourly workers. Stated differently, 58 percent of hourly workers still leave their homes to perform their jobs.

One of the reasons workers perform their jobs at home is that they have to interact with customers at a particular location, such as a grocery store or restaurant. Thus, it is reasonable to assume that a higher share of hourly paid workers who have to leave their homes to perform their jobs work in the consumer-facing service sector compared to annual salary workers who work from home.

The coronavirus pandemic is likely to dramatically change the workplace for these workers. Earlier surveys from Morning Consult have shown that many consumers remain wary of returning to basic activities for the next three to six months and that businesses need to take a wide range of precautionary measures in order for consumers to feel comfortable, including cutting down on the density of customers in a given space. In summary, workers who physically interact with customers are likely to see fewer customers for the foreseeable future, and it will cost businesses more to service a single customer than it did prior to the pandemic.

These outcomes directly reduce the productivity of labor for customer-facing workers. Consequently, businesses are less likely to invest in this type of worker, and they’re likely to demand fewer of them for the foreseeable future. In other words, the relatively high feelings of job instability among hourly workers reflects a sad, but profound truth regarding the types of cost-benefit analyses that businesses perform when thinking about managing their workforces.