For two years, between 36% and 39% of voters have said tariffs on Chinese goods would help U.S. economy

President Donald Trump shakes hands with Chinese Vice Premier Liu He before signing phase 1 of a trade deal between the United States and China in the White House on Jan. 15, 2020. A new Morning Consult poll found that 39 percent of registered voters said raising tariffs on Chinese goods would help the U.S. economy, while 38 percent said it would hurt the U.S. economy. (Mark Wilson/Getty Images)
By Claire Williams

At the end of last week, President Donald Trump again ramped up tensions with China, calling COVID-19 the “Wuhan virus” and announcing that the United States would withdraw from the World Health Organization and begin winding down its special economic relationship with Hong Kong.

The decoupling from Hong Kong was a significant step in the United States’ dealings with the world’s second-largest economy, but it’s a move that’s been almost entirely overshadowed by the protests over police violence against black Americans following the death of George Floyd in Minneapolis police custody. The Trump campaign, however, is still hinging its election message on the economy, and the trade war with China is a big part of that.

But even as Washington sharpens its focus on China — the Senate Banking Committee is holding a hearing Thursday on U.S. policy tools related to Hong Kong — voters largely remain split on how the trade war could impact the U.S. economy. 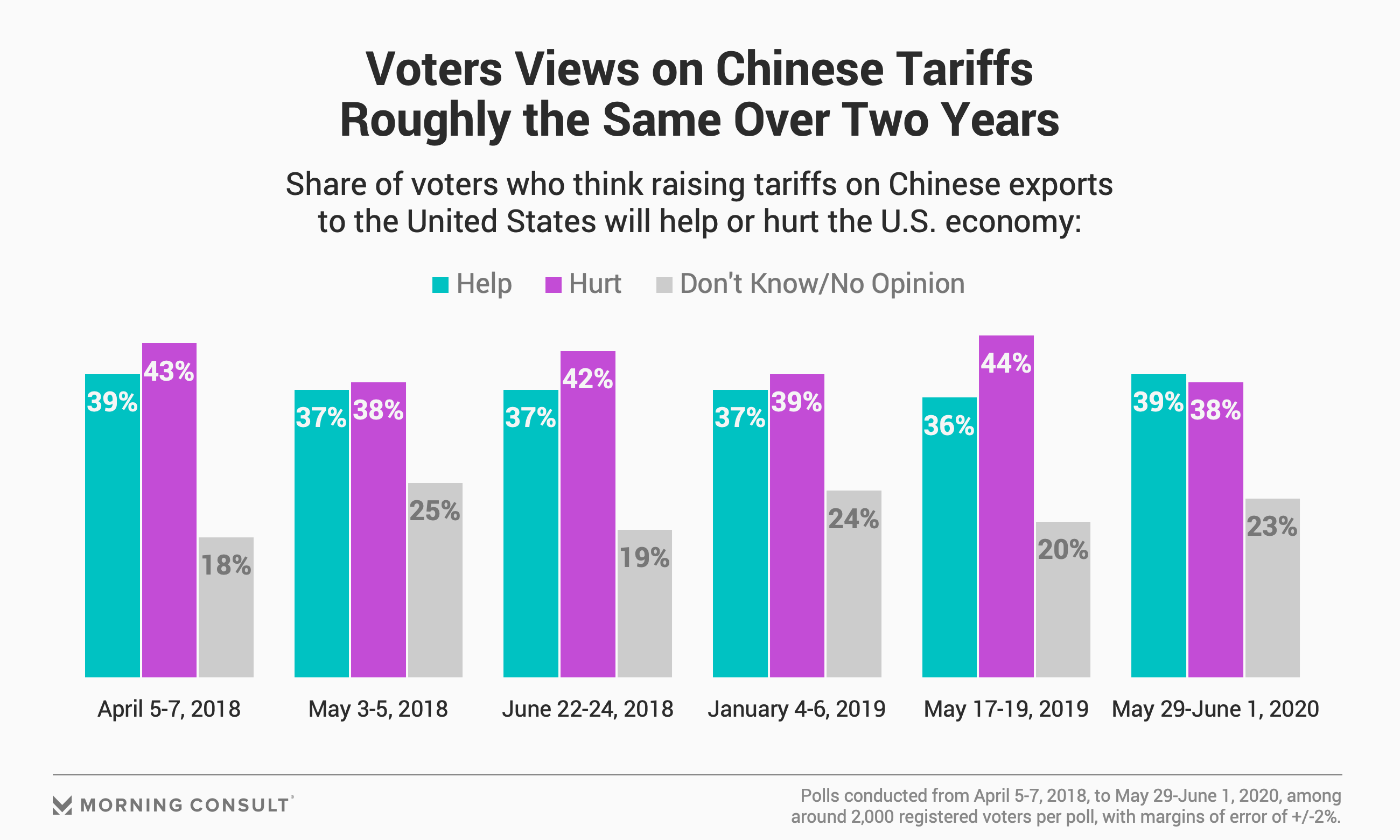 The poll surveyed 1,989 registered voters from May 29-June 1 and has a margin of error of 2 percentage points.

Morning Consult has tracked views on Chinese tariffs and the U.S. economy over the past two years, and the results are reliably within the upper-30 percent and lower-40 percent range.

Related: Trump as ‘Tariff Man’ Is Still a Hit With Republicans 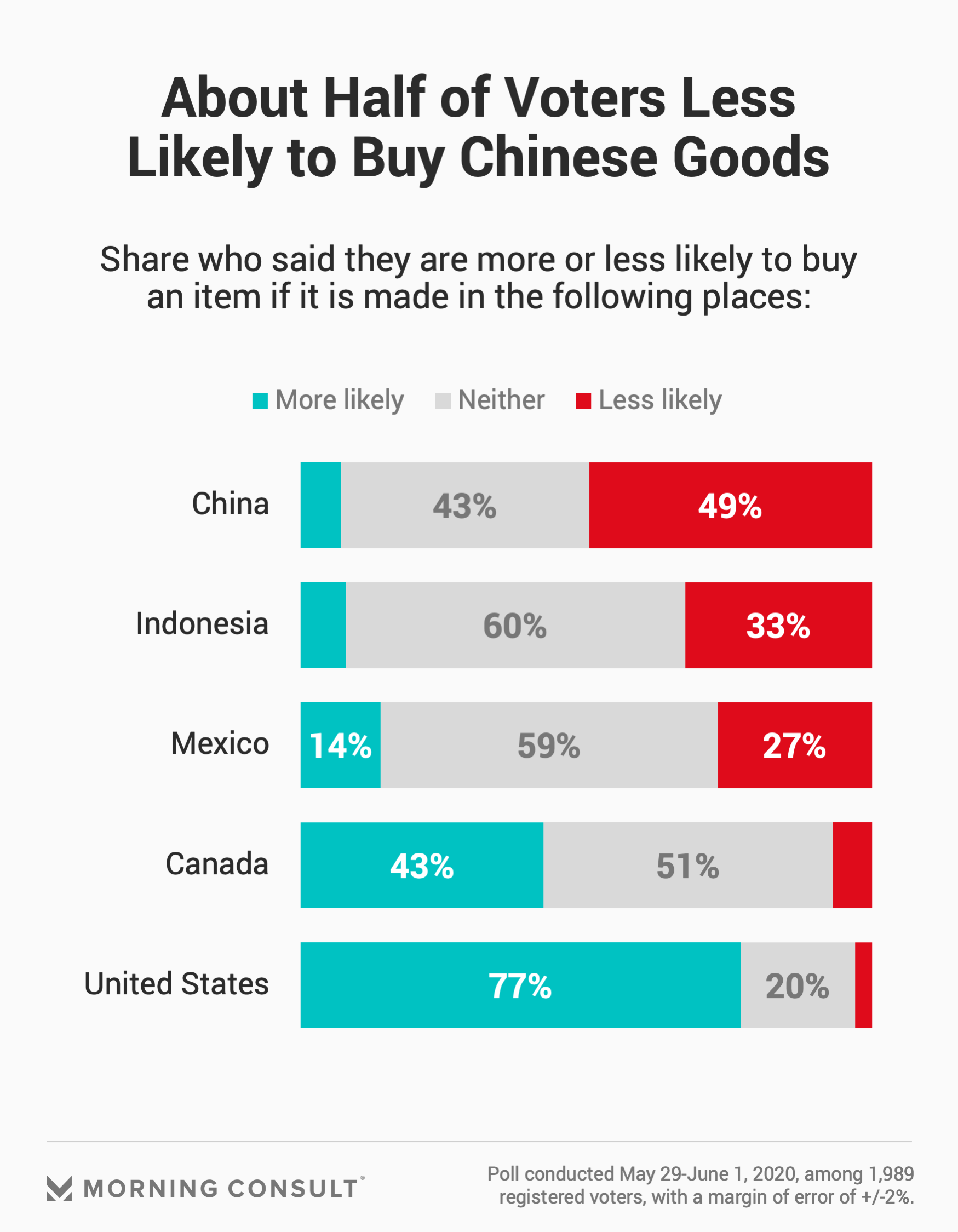 Still, some part of the “Made in America” narrative behind the Trump trade war that prioritizes American manufacturing jobs in the Rust Belt over open trade with China still resonates with voters.

Recent polling, however, could indicate that Trump’s approach in dealing with China might not give him much leverage over his opponent come the general election.

A Morning Consult/Politico survey found that 41 percent of voters said they trust former Vice President and presumptive Democratic presidential nominee Joe Biden more on handling relations with China, compared to 39 percent who said the same about Trump. That poll was conducted May 29-June 1 among 1,981 registered voters with a 2-point margin of error.