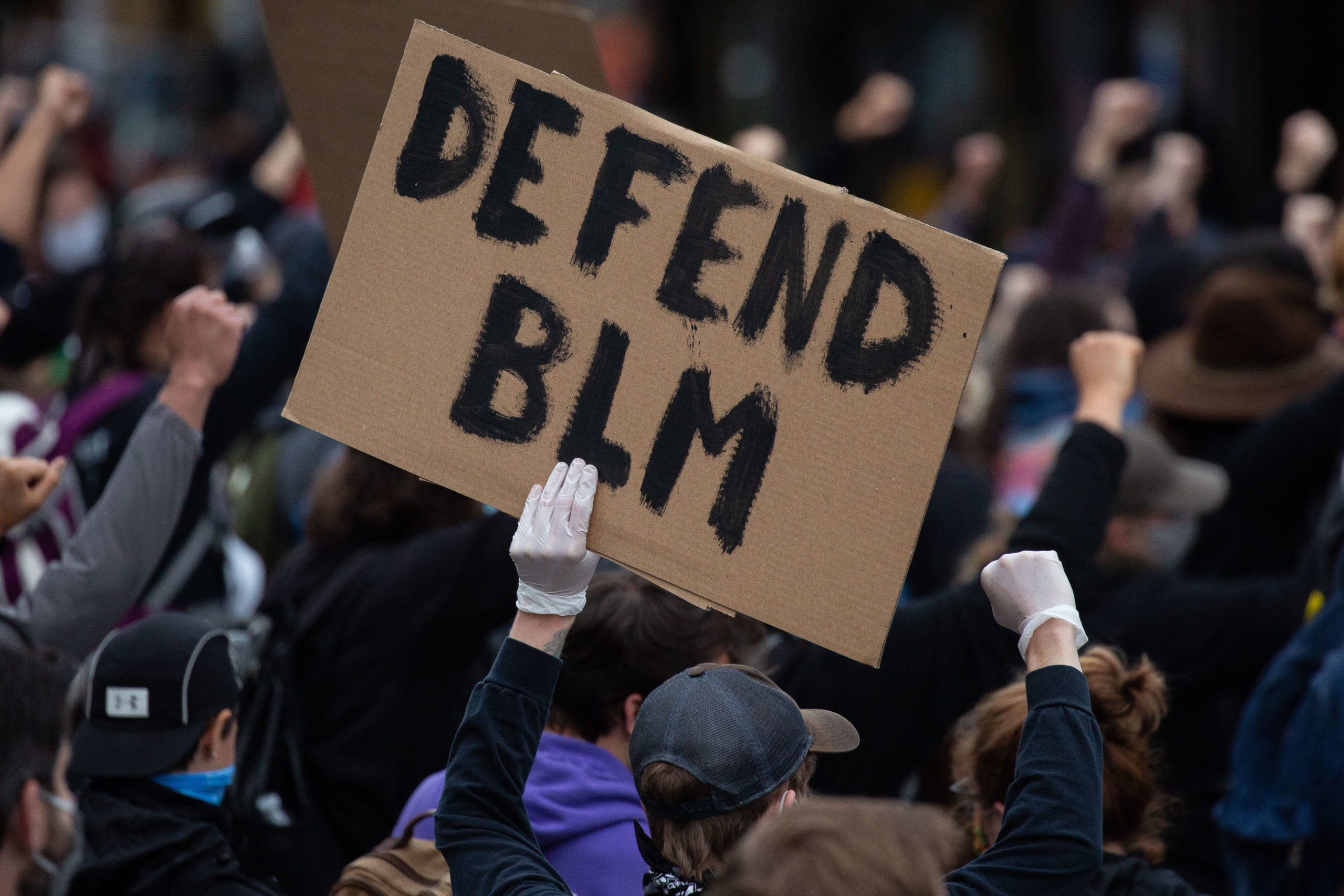 A Black Lives Matter rally outside of the Seattle Police Department's East Precinct on June 8. Morning Consult’s Index of Consumer Confidence shows that consumer confidence has kept its upward trend over the past four weeks even amid the protests across the United States. (David Ryder/Getty Images)
By John Leer

The protests and demonstrations in response to the death of George Floyd have raised short-term and long-term questions about the U.S. economy. In the short term, economists and policymakers are curious to see how the protests have affected the still-nascent recovery. In the long term, they have raised broader concerns about persistent, structural economic disparities across races.

Regarding the short-term question, Morning Consult’s Index of Consumer Confidence (ICS) shows  that consumer confidence did decline moderately June 2 and June 3 after tensions between protesters and the police escalated across the country, but overall, the upward trend was maintained over the past four weeks. The ICS rose from 83.83 on May 9 to 88.84 on June 9. 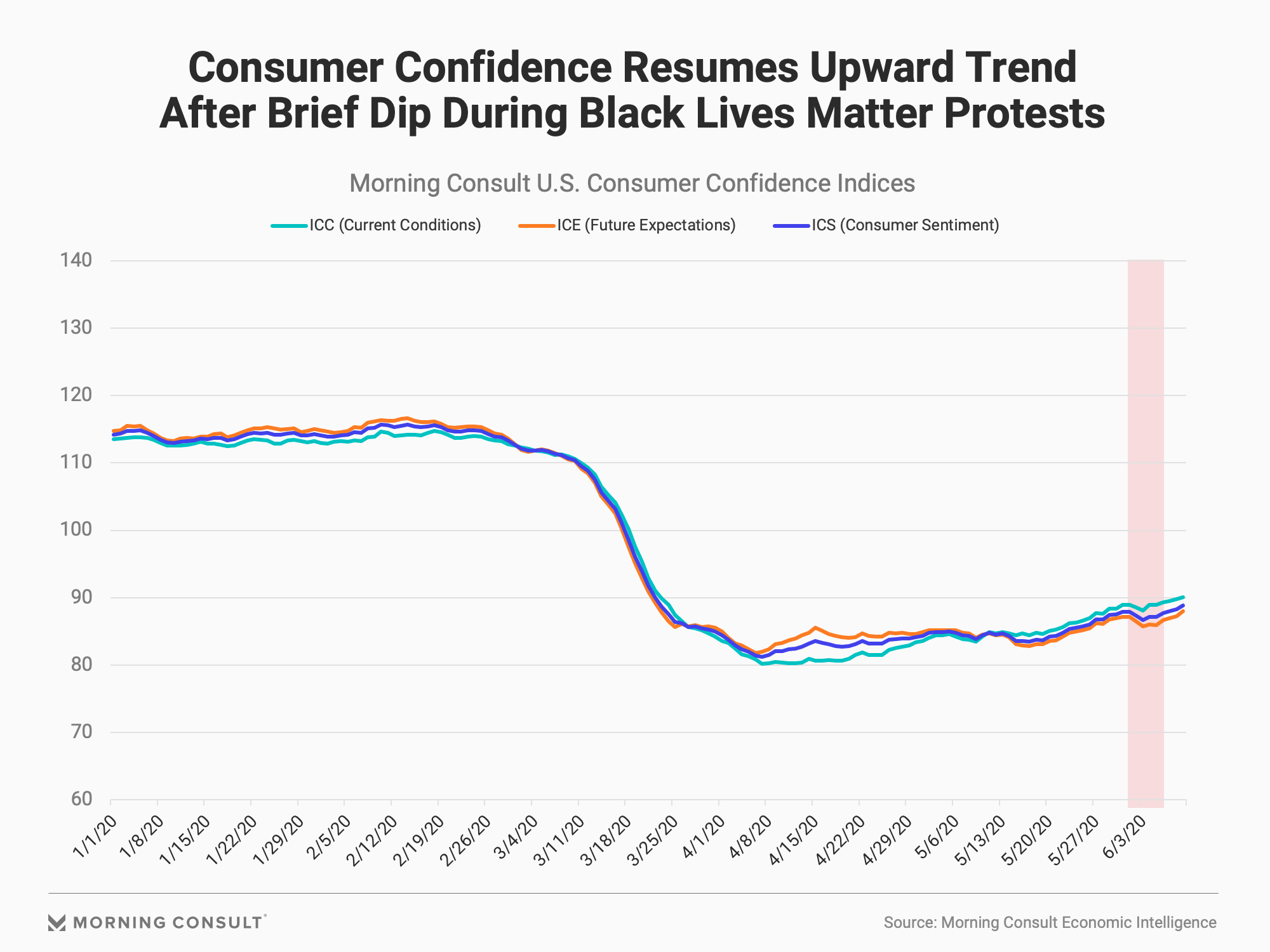 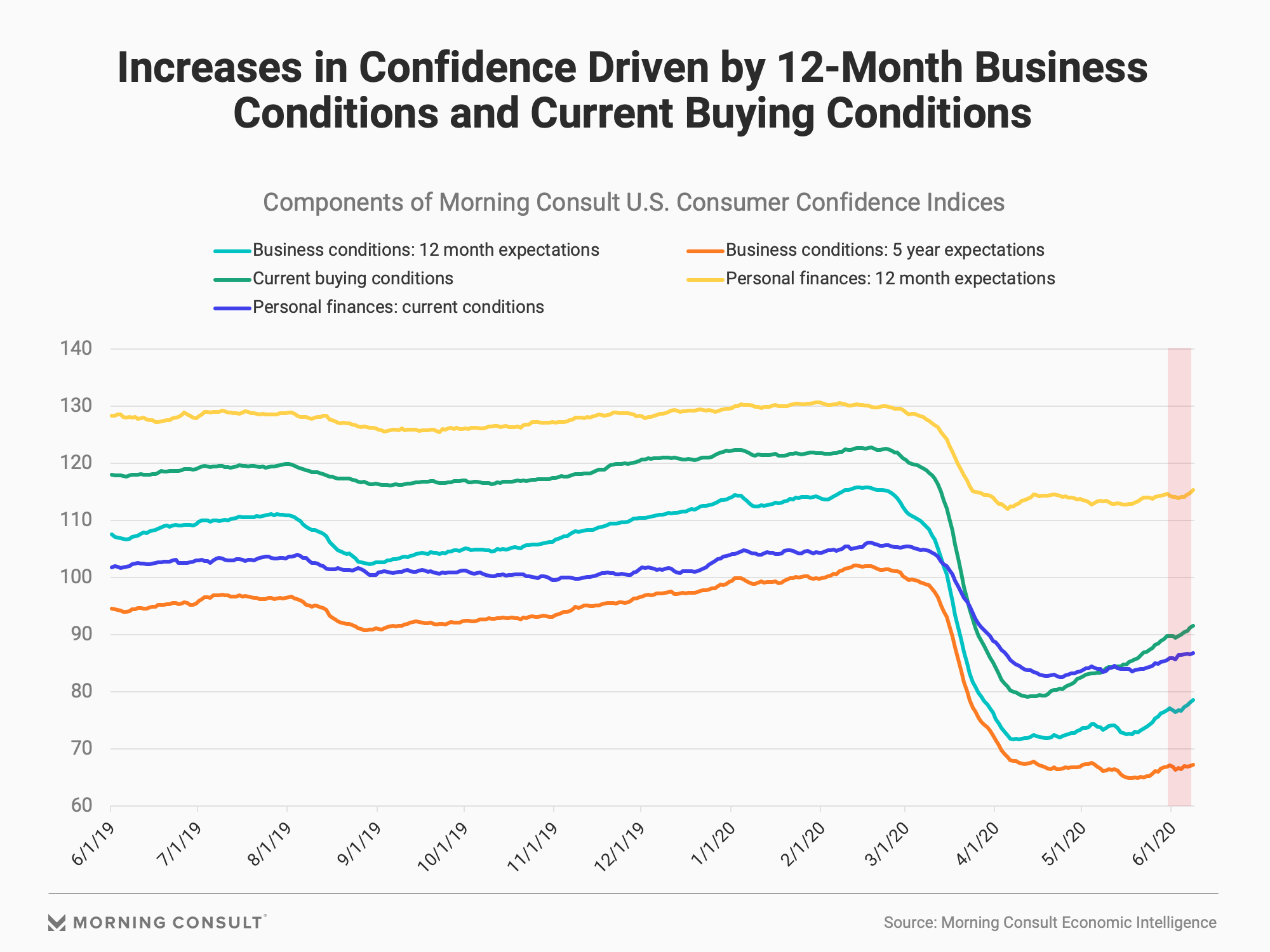 This analysis leaves open for future research an investigation into the ways in which long-term, structural economic disparities by race influence consumers’ views of the economic opportunities afforded to them.

One of the likely explanations for the continued increase in confidence is that a growing majority of Americans support the protests. The clashes with local police and the National Guard seen in the earlier protests have also de-escalated over that period of time.

Black and white consumers respond similarly to protests, but not to COVID-19

Consumer confidence among black and Hispanic consumers has reacted similarly to confidence among white consumers in the wake of Floyd’s death and the subsequent protests. All three groups of Americans exhibit the same trend over the past two weeks, with confidence gradually increasing with the exception of a short-lived drop on June 2 and June 3. 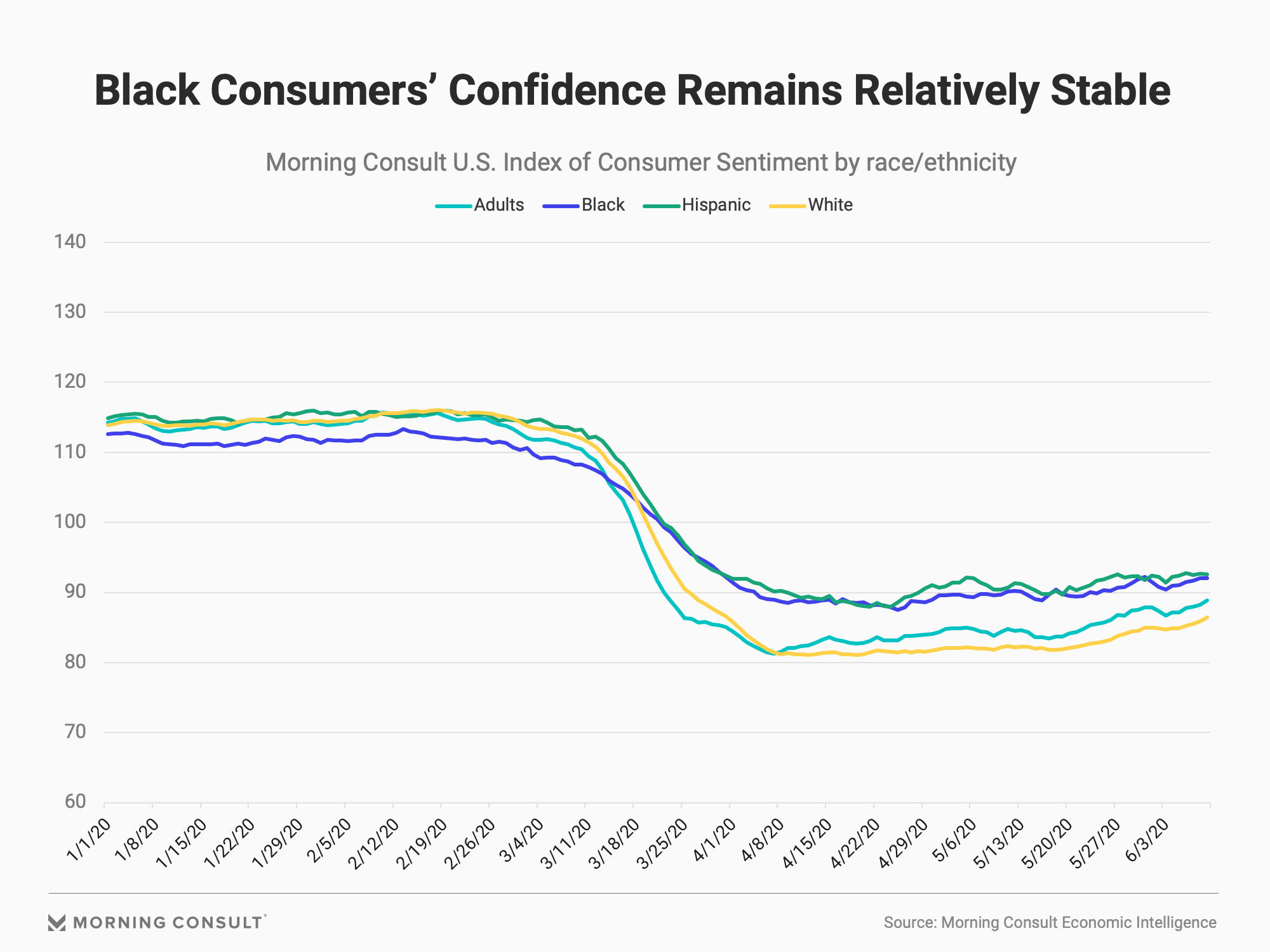 This finding is surprising for three reasons. First, over the past two years, consumer confidence among white adults has historically remained higher than it has among black and Hispanic adults. Second, data released by the Bureau of Labor Statistics in the April and May employment situation reports show that that the unemployment rate among black and Hispanic workers increased more dramatically than it did among white workers. Third, black Americans have died from the coronavirus at a rate 2.4 times that of white Americans.

A word of caution in adopting causal interpretations

Daily consumer confidence data lends itself to event studies and causal interpretations in a way that weekly or monthly data does not. In this case, we see protests on June 1 and June 2 and subsequently see a drop in confidence of 1.19 points in the ICS on June 2 and June 3. The Morning Consult ICS on June 2 and 3 reflects surveys that were primarily completed on June 1 and June 2. Thus, there is a very clear temporal correspondence between the protests and the drop in confidence. Weekly or monthly surveys are unlikely to identify the effect of the protests on confidence because the fall in confidence on those two days is likely to be masked by the average over the week or month.

One common approach to identifying the effect of the protests on consumer confidence is to compare confidence among consumers who are aware of and have had their personal finances or business outlook affected by the protests (i.e., the treatment group) with those who are not and have not (i.e., the control group). An ideal control group not only remains unaware and unaffected by the protests but is also virtually identical to the treatment group across every other key demographic and psychographic characteristic.

Finding a control group in this case is challenging given how widely the media, politicians and businesses have covered these events. A Morning Consult survey conducted May 31-June 1 found that 88 percent of Americans had seen, read or heard a lot or some about “protests and demonstrations in dozens of U.S. cities in response to the death of George Floyd.” It’s safe to assume that awareness of the protests has increased since then. Given such widespread awareness of the protests, it is extremely challenging to measure the causal effect of the protests on consumer confidence.

Despite widespread protests and general unrest across the country, U.S. consumer confidence has steadily increased over the past four weeks. The decreases on June 2 and June 3 were not sustained long enough to meaningfully impact the ongoing recovery in consumer confidence.