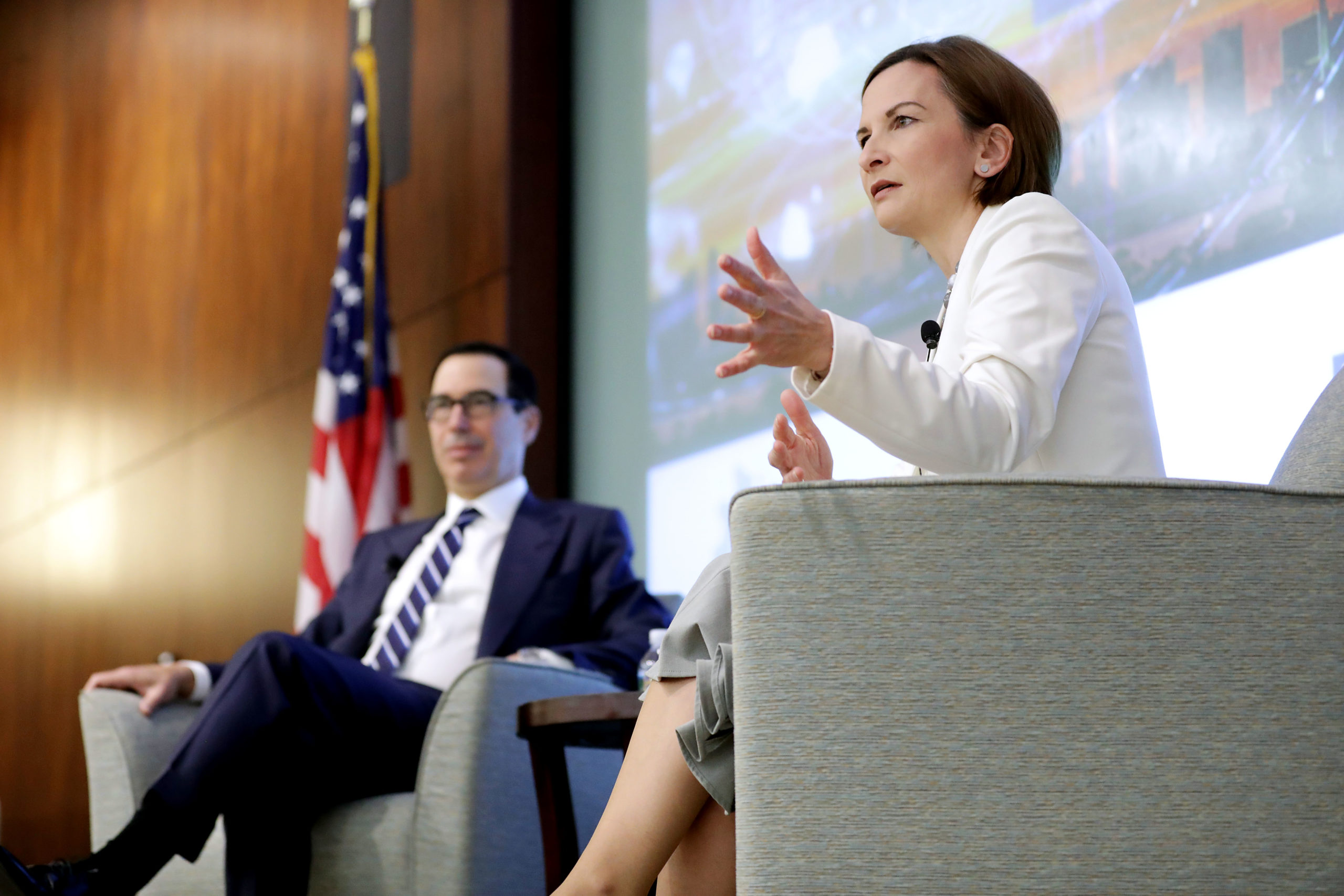 The Federal Deposit Insurance Corp. isn’t planning to join the Office of the Comptroller of the Currency’s revamped rule on redlining, according to one person with direct knowledge of the matter and one person familiar with the decision on Monday.

The OCC finalized its new rule to overhaul the Community Reinvestment Act — a civil rights-era law that aims to fight discriminatory lending practices — last month amid the coronavirus pandemic. The new regulations have recently faced blowback from Democratic lawmakers, who last week introduced a resolution to throw out the OCC’s rule, and from bank executives who privately worry about their ability to handle changing requirements during the pandemic.

Notably, the OCC released its rule alone, without the support of the Federal Reserve, which said early in the process that it wouldn’t join the effort led by Joseph Otting, the former head of the OCC who left the agency shortly after the new regulations were finalized. Among other measures, the new CRA rules base a bank’s CRA evaluation on lending in low-income neighborhoods in areas where they have significant deposits, not just in those near their branches.

The FDIC also didn’t join the final rule, despite the agency’s earlier support. At the time the rule was finalized, FDIC Chairman Jelena McWilliams said in a statement that the agency was “not prepared to finalize the CRA proposal at this time.” In a call with reporters, OCC officials had stressed that the agency could join later.

The FDIC and OCC declined to comment on the matter.

But the sources said Monday that the FDIC isn’t going to sign on to the OCC’s version of the rule, even at a later date. The FDIC would most likely put a new rule out for comment, largely restarting the process to revamp the CRA, before it finalizes anything related to the regulations, according to a person with direct knowledge of the issue.

Some officials at the FDIC were concerned with the rule’s timing in the middle of the COVID-19 pandemic, although officials broadly support some kind of modernization of the CRA.

This sentiment was largely echoed by bank officials, who are concerned that they don’t have the bandwidth to implement changes to their CRA operations while they are trying to deal with the small-business lending program, among other pandemic-related issues.

Banks also typically don’t like having varying regulatory requirements under different regulators, largely because it makes it difficult for them to work with third-party vendors who need to adjust to the various regimes. The OCC oversees about 70 percent of CRA activities, while the FDIC and Fed are responsible for banks making up the remaining 30 percent.

The rule has also become increasingly political, the people said. The House Democrats’ resolution is largely symbolic, as it will be difficult to pass such a resolution in the GOP-controlled Senate, but it’s becoming more of a hot-button issue as racial inequity is underlined by protests over George Floyd’s death in Minneapolis police custody last month.

The FDIC and OCC declined to comment on the matter. At the time the rules were finalized, FDIC Chairman Jelena McWilliams said in a statement that the agency was “not prepared to finalize the CRA proposal at this time.”

In response to the House Democrats’ resolution, the OCC defended its decision to go ahead with the new rules. The agency said that the revised CRA takes into account input from community and civil rights groups and banks of different sizes over a process several years in the making, and that the new rules address “the failings of the past 25 years by inducing banks to lend and invest even in communities where they pulled out their branches.”