Americans Are Outraged by George Floyd’s Death. But It Stops There. 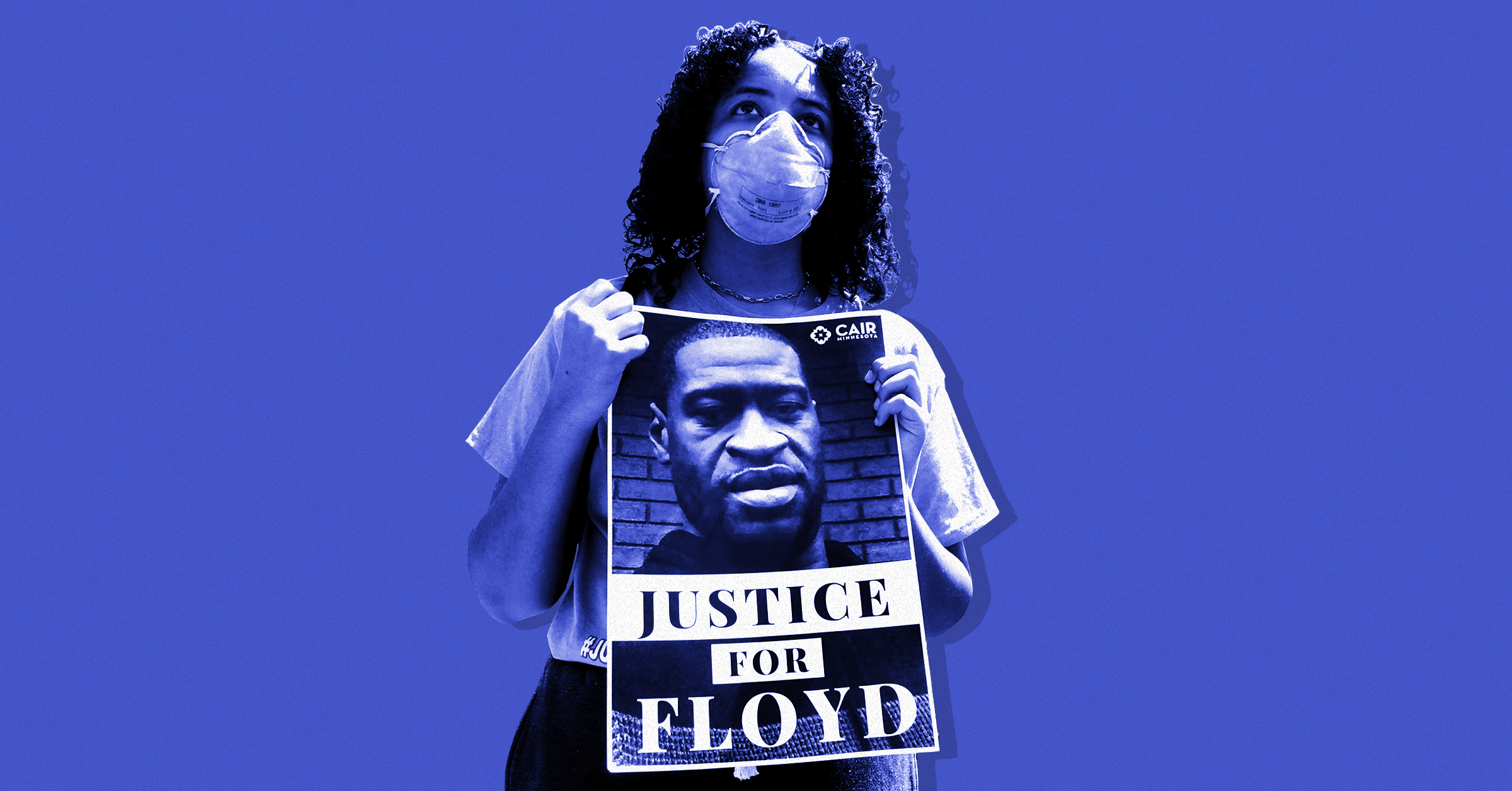 Americans across the country say they are “shocked” and “disgusted” over the alleged murder of George Floyd, according to new analysis of open-ended polling, but for many, their thoughts on the death that has prompted demonstrations around the world stops there — and often comes with a caveat condemning violent protesters.

Morning Consult asked roughly 2,000 U.S. adults to describe their reaction to news they had seen, read or heard about Floyd’s death, former Minneapolis policeman Derek Chauvin and the resulting Black Lives matter protests. Respondents were able to write whatever they wanted in a blank space. 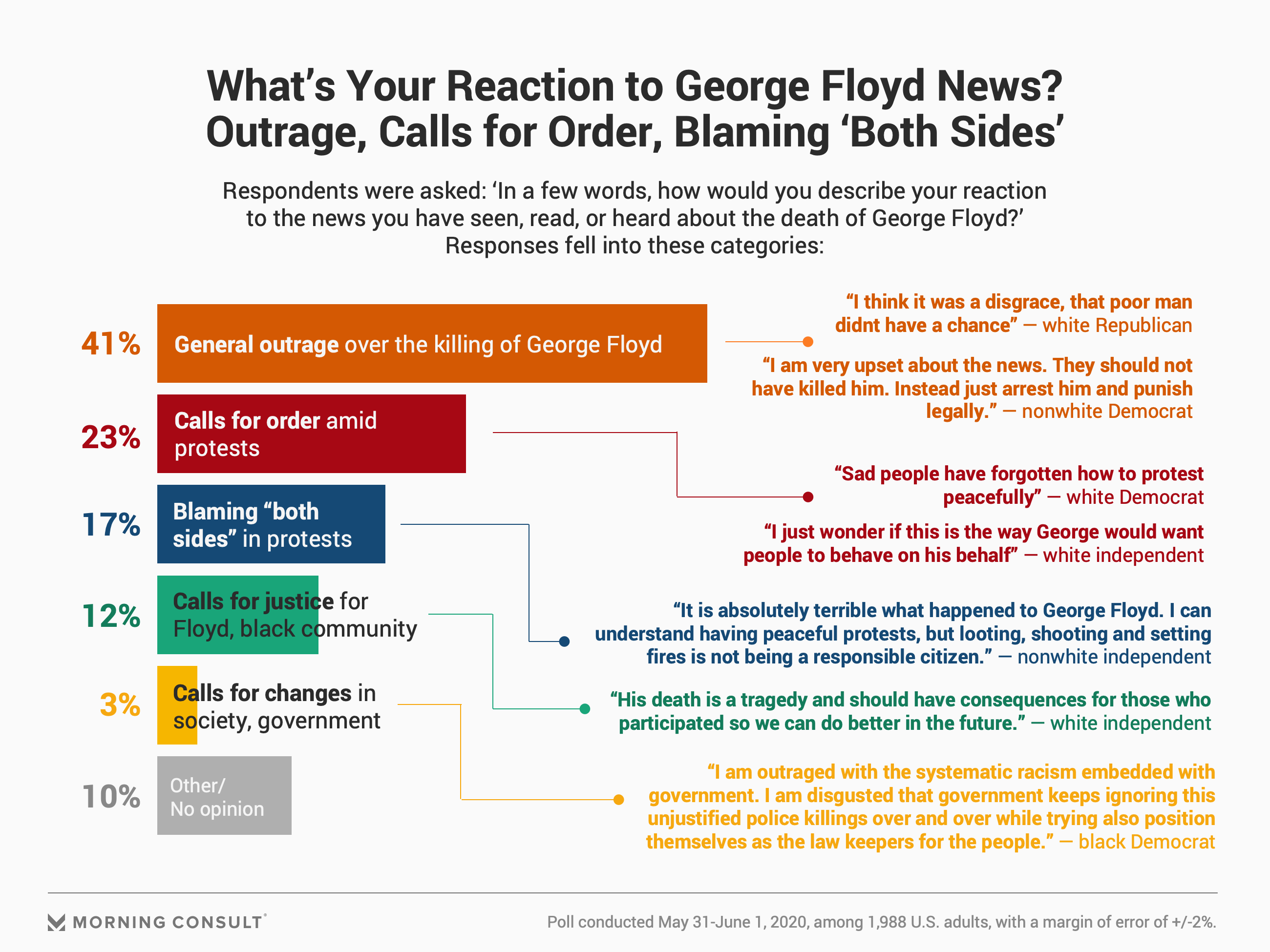 The open-ended responses reveal a country that is aware, conflicted and confused on how to feel about the killing, which occurred on May 25 and drove millions worldwide to take to the streets to protest police brutality and racial inequality. While roughly 2 in 5 U.S. adults expressed outrage, relatively few called for action, and most stopped short of acknowledging systemic racism in their answers. 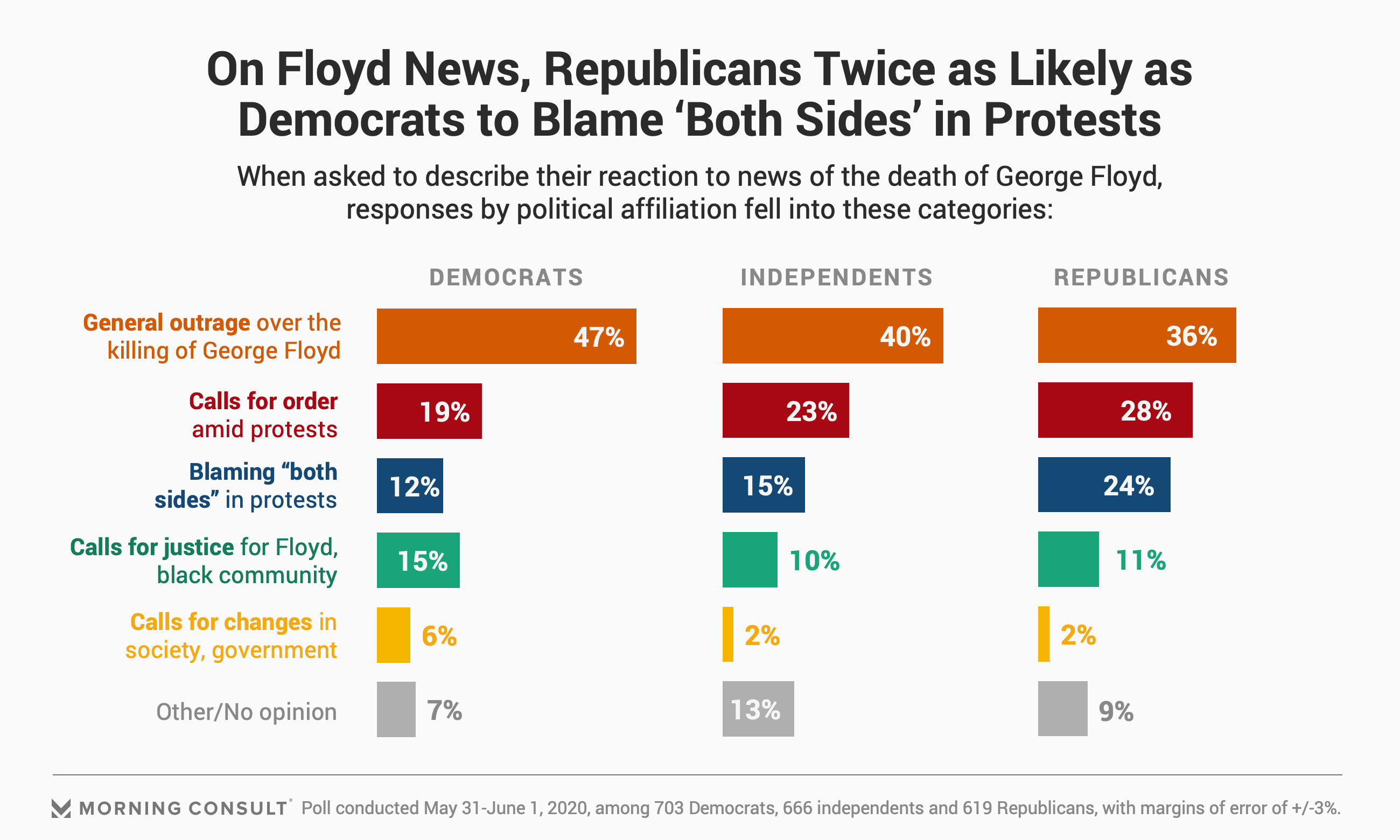 New machine-learning technology from Morning Consult analyzed and visualized the open-ended responses, collected May 31-June 1, which varied from one word to one paragraph. Responses fell into five major categories, with many belonging to more than one:

While Americans of all political stripes expressed anger, Democrats were more inclined to do so than Republicans and independents. Members of the GOP were 50 percent more likely than Democrats to call for order amid the protests and twice as likely to blame “both sides” for wrongdoing during the protests.

However, when it came to calls for justice for Floyd, his family and the black community, as well as calls for any sort of change — whether within law enforcement or in local or federal policies — there was little difference between Democrats and Republicans.

The results call into question the role that the media plays in covering protests. A June survey from Pew Research Center showed that a 44 percent plurality of people said there’s been too much news coverage of the violence at the protests, and roughly half (51 percent) said there hasn’t been enough news coverage of the nonviolent demonstrations. 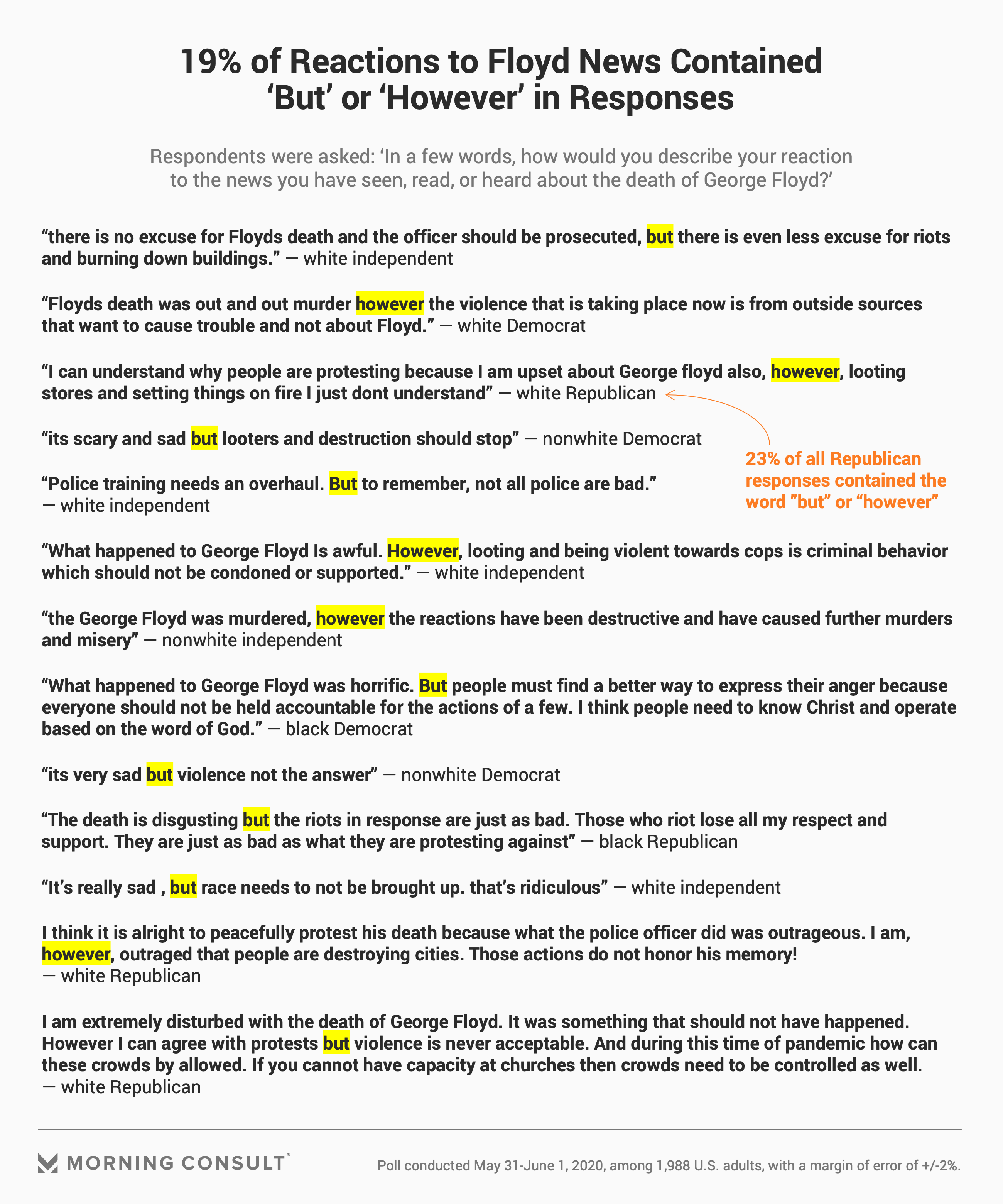 One common thread in the 1,988 responses were the words “but” or “however.” Nineteen percent of answers used one of the conjunctions, in most cases after expressing empathy with Floyd, his family or protesters to then assert that looting and violent demonstrations must end.

Methodology: The analysis in this article leverages custom-built Natural Language Processing (NLP) tools that Morning Consult data scientists built to analyze, visualize and distill meaning from open-ended survey responses. The approach leverages machine-learning models that “understand” the semantic and syntactic meaning of words, are aware of grammatical structures in sentences and are mindful of most misspellings. The tool’s design includes a “human-in-the-loop” element that allows Morning Consult journalists and data scientists to combine their domain expertise with recommendations from NLP models. When the analysis is complete, the tool maps survey respondents to a number of response categories, which compose the basis for the analysis in this article.