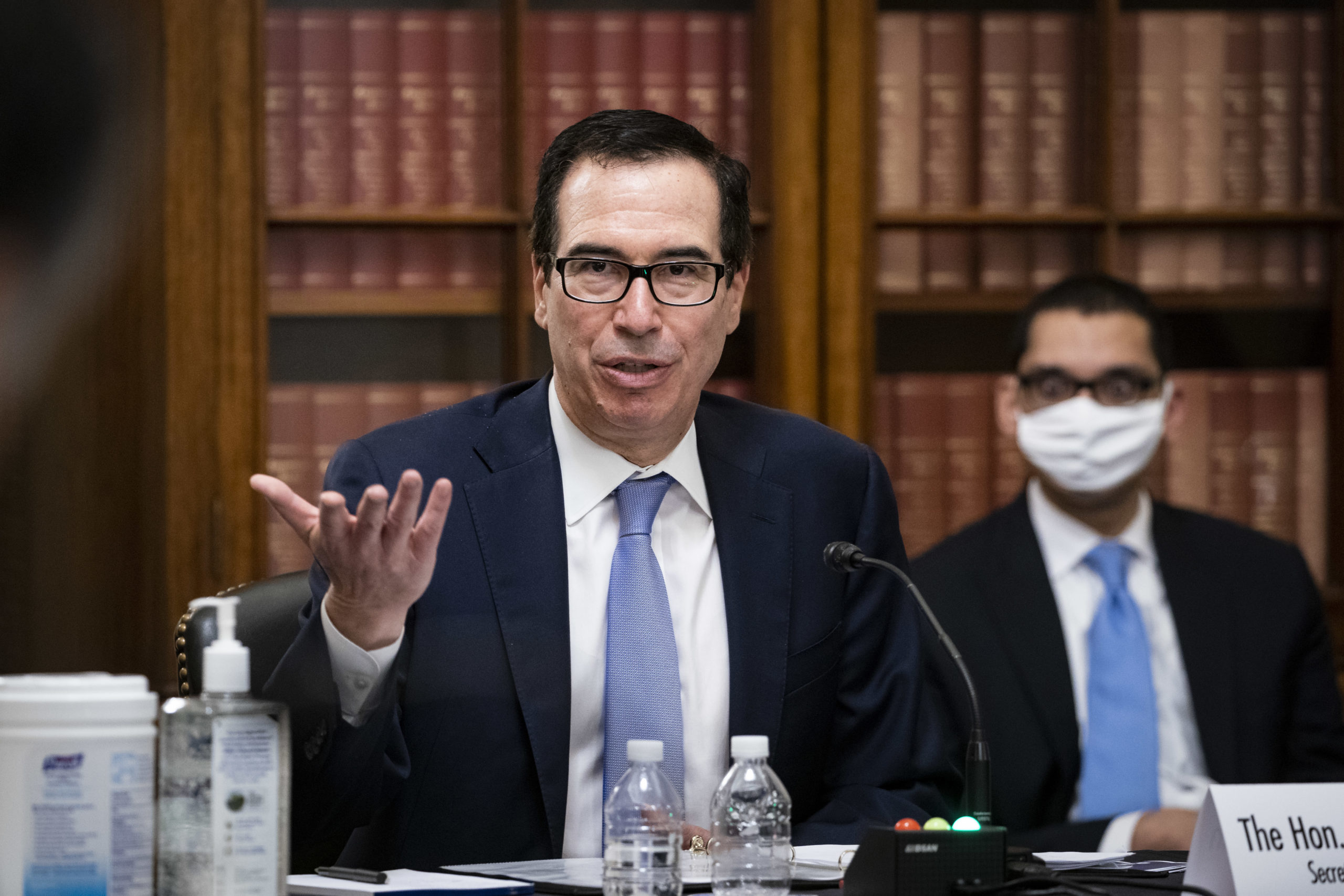 As Washington debates how to best oversee the funds distributed to help offset the economic damage of the coronavirus pandemic, voters mostly believe the aid has helped small businesses and middle-income workers, according to new polling by Morning Consult and Politico.

Congress and oversight committees have been grappling with how to best monitor the funds that the federal government authorized in the $2 trillion CARES Act, with Democratic lawmakers calling for Treasury Secretary Steven Mnuchin and the Small Business Administration to provide more transparency on Paycheck Protection Program funds, which are intended for small businesses. One bipartisan oversight committee said in a report that there’s more evidence that funds distributed via the Federal Reserve and Treasury Department have primarily benefited large businesses rather than smaller entities or state and local governments.

But voters largely believe the funds went where lawmakers intended them to go. 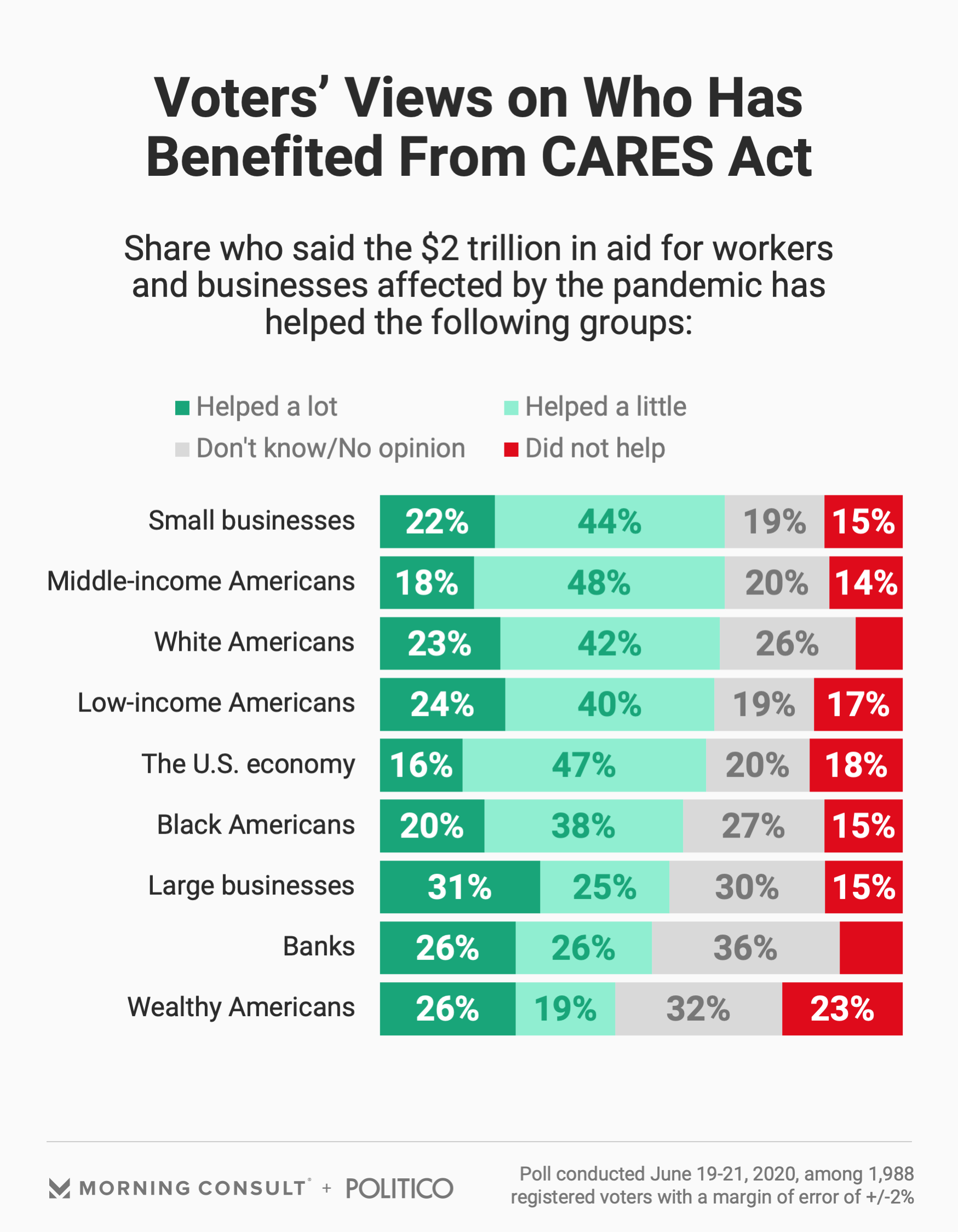 The poll surveyed 1,988 registered voters from June 19-21 and has a margin of error of 2 percentage points.

Overall, voters were least likely to say that the CARES Act is beneficial for the wealthy and banks, with 52 percent saying it helped banks, compared to 45 percent of those who said it helped wealthy Americans.