President can now remove agency’s director for any reason 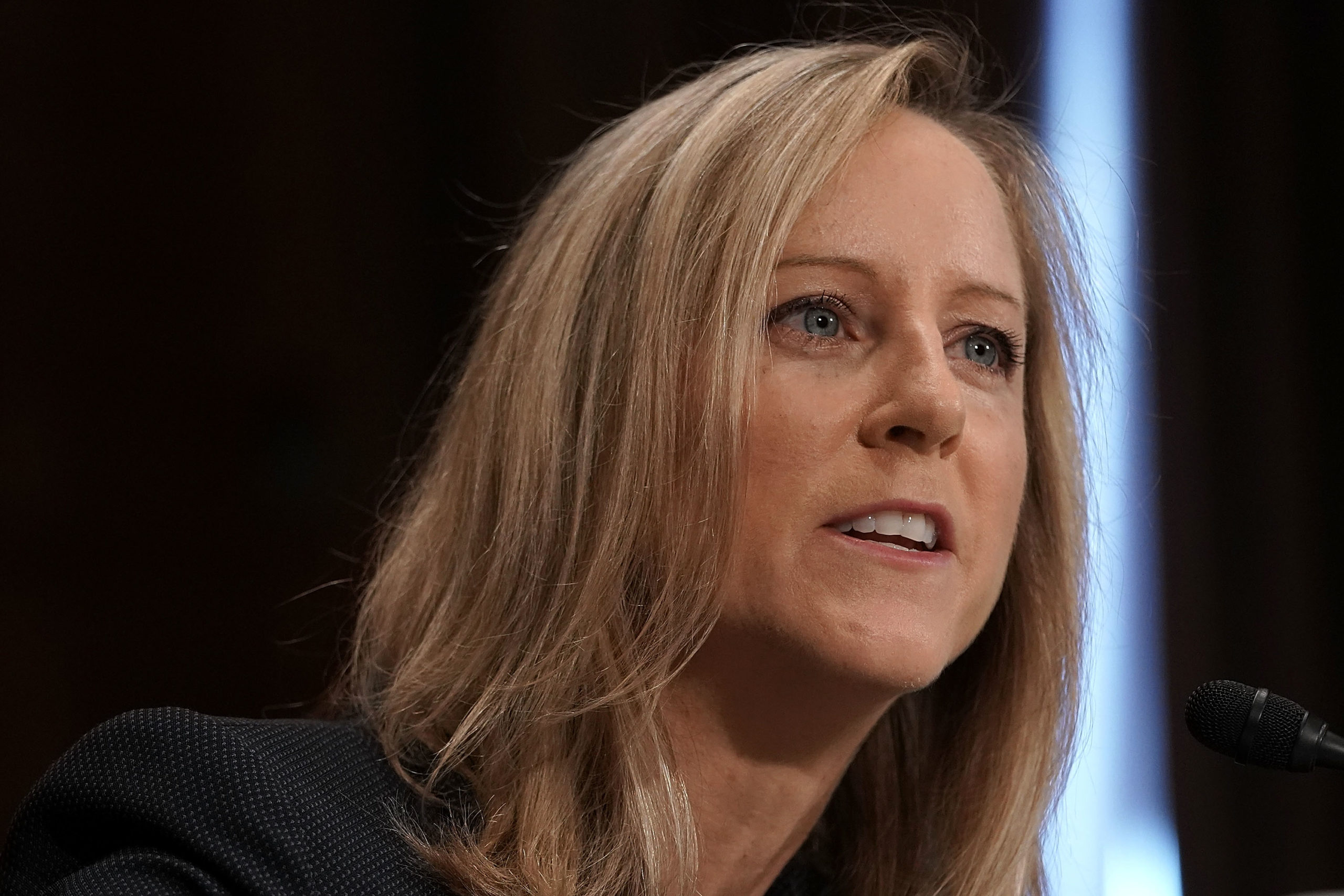 Kathleen Kraninger, then the nominee to lead the Bureau of Consumer Financial Protection, at her confirmation hearing before the Senate Banking Committee in July 2018. (Alex Wong/Getty Images)
By Claire Williams

The Supreme Court’s ruling Monday allowing the president to remove the Consumer Financial Protection Bureau’s director for any reason won’t immediately change anything at the agency, given that it’s led by President Donald Trump’s appointee, but it has the potential to expose the agency to years of political squabbling over its mission, consumer advocates and financial industry watchers said.

Previously, the director of the CFPB could only be removed by the president for “inefficiency, neglect of duty, or malfeasance in office,” but the court’s 5-4 ruling now allows the president to fire the head of the agency at will.

President Donald Trump is unlikely to remove CFPB Director Kathy Kraninger, his appointee who has largely flown under the radar, but Monday’s ruling means the future of the agency hinges even more on the 2020 presidential election and every presidential election after that. Will Corbett, litigation director at the Center for Responsible Lending, said that could hurt the CFPB’s effectiveness, since many rulemakings and investigations that lead to enforcement actions can take years to research and implement.

“It’s a bad day for consumers,” Corbett said. “The long-term concern I have is that the director will not be able to do their job without fear of consequences. Even under a more friendly administration, I worry about politics playing a role in determining how the CFPB director carries out their work.”

Derek Martin, director of Allied Progress, a consumer protection advocacy group, said he sees one potential benefit coming from the Supreme Court’s decision. “A president that wants to promote consumer rights now has the ability to do so, and that might provide some short-term gain” for consumers, he said.

If former Vice President Joe Biden wins, he’s likely to give Sen. Elizabeth Warren (D-Mass.) a significant role in his administration if he doesn’t pick her as vice president, Martin said. The CFPB is Warren’s brainchild, and she would be likely to push for a director that takes an aggressive stance on consumer protection, he said.

Earlier in the day, the senator tweeted that the Supreme Court “ just handed over more power to Wall Street’s army of lawyers and lobbyists to push out a director who fights for the American people.”

She noted, however, that the ruling preserved the agency’s independence, saying that “the CFPB is here to stay.” (Warren’s office declined to comment for this story.)

Regardless of who leads the agency, the director will still have substantial sway over influence policies governing financial services companies. Kraninger has signaled that enforcement will not be a major part of her tenure at the CFPB, following former acting director Mick Mulvaney’s lead, but that could pick back up under different stewardship. And there are still big policy questions in the balance, including a rollback of Obama-era payday lending regulations.

“The power of the director is enormous,” said Joseph Lynyak, a partner who advises companies on financial policy matters at Dorsey & Whitney LLP. “She wields the power to direct our market consumer economy for all practical purposes.”

Whether Kraninger will be able to carry out her agenda is now dependent on the outcome of the election: “If Trump wins, it’s business as usual,” Lynyak said.

The CFPB responded to a request for comment by referring to Kraninger’s tweets, in which she said the Supreme Court decision “finally brings certainty to the operations of the Bureau.” She said the agency will continue to protect consumers “with no question that we are fully accountable to the President.”

Republicans will continue to push for a bipartisan commission to govern the agency, similar to other financial agencies such as the Securities and Exchange Commission, according to statements from Sen. Mike Crapo (R-Idaho), chairman of the Senate Banking Committee, and Rep. Pat McHenry (R-N.C.), ranking member of the House Financial Services Committee.

“It has long been my position that the CFPB’s current single director structure lacks sufficient transparency and accountability, and today’s decision affirms that the fundamental structure of the agency must be reconsidered,” Crapo said. He said he would continue to push to subject the CFPB to the annual appropriations process.