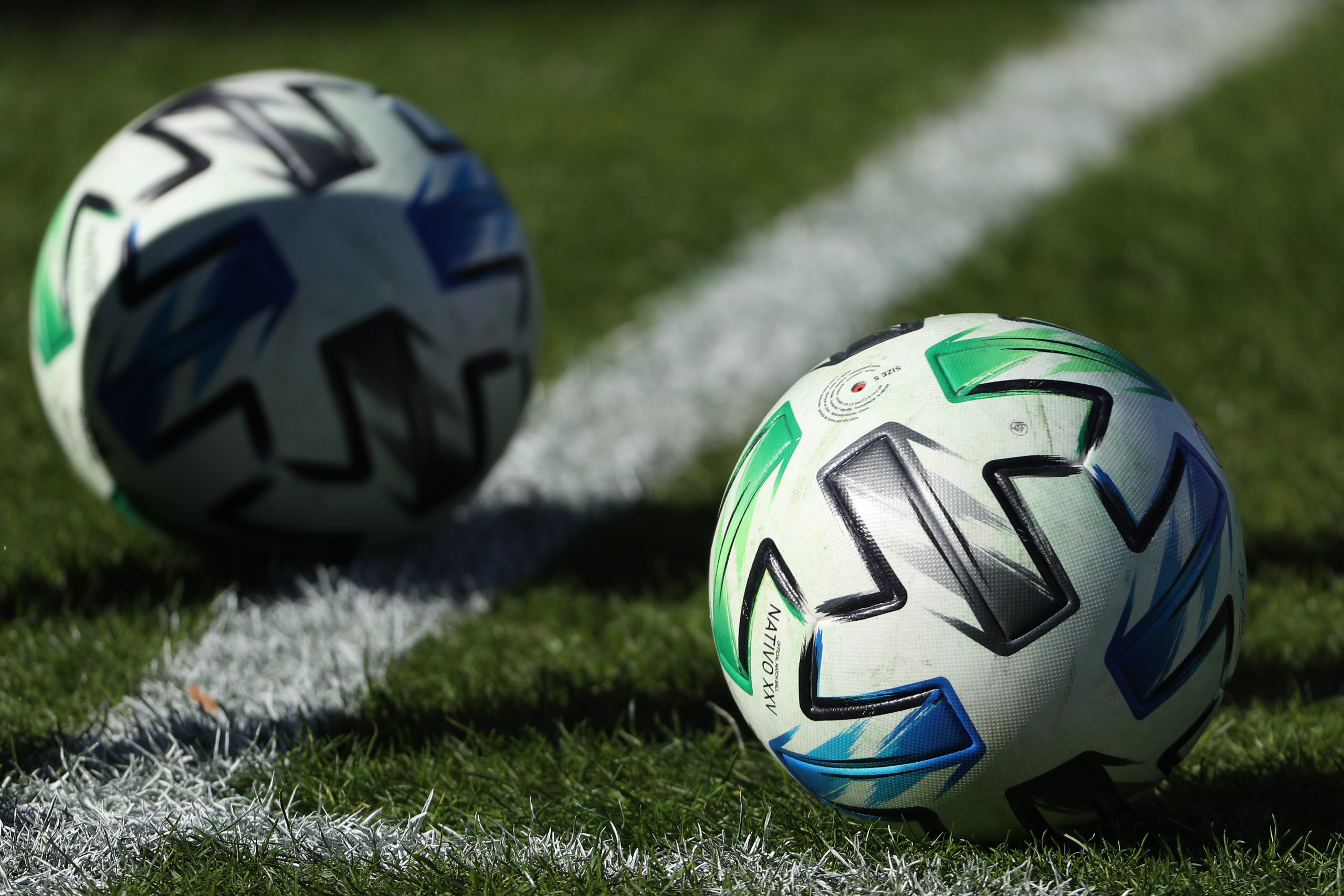 MLS soccer balls at Audi Field in Washington, D.C., in March. ESPN is producing all the matches in the MLS is Back Tournament, which begins July 8 at Disney’s ESPN Wide World of Sports Complex outside Orlando, Fla. (Patrick Smith/Getty Images)
By Alex Silverman

National MLS broadcast partners Fox Sports and Univision have both sought to limit the production costs for the league’s return-to-play tournament at Walt Disney World Resort, forgoing dual-language exclusivity for a majority of their matches in order to share the financial burden, according to two people with knowledge of the networks’ plans.

The MLS is Back Tournament, scheduled to begin July 8 at Disney’s ESPN Wide World of Sports Complex outside Orlando, Fla., features all 26 franchises and includes a total of 54 matches: 39 during the group stage and 15 in the subsequent knockout rounds. ESPN will produce every match, including those airing on Fox and Univision, and provide feeds for use by the league’s domestic and international broadcast partners. For their telecasts, Fox and Univision will add their own graphics and have commentators call the games remotely.

While initial scheduling discussions between the league and its three domestic broadcast partners centered on how to equitably distribute the tournament games, the focus changed when Fox and Univision learned ESPN planned to spend $125,000 on production of each match, which the sources said is more than either network spends on a typical MLS telecast or believes is necessary to deliver a quality telecast.

Fox and Univision, which are responsible for footing the production bill for matches airing on their networks, negotiated that figure down 15 percent with MLS, one person with direct knowledge of the situation said, and agreed to share some matches instead of paying the full production price associated with exclusivity. For those 14 matches, Fox will take the English-language rights and Univision will take the Spanish-language rights.

Fox Sports and ESPN each declined to comment on production costs for the tournament. Univision was not immediately available to respond to questions about production costs.

MLS declined to comment on the financial details of its production deal with ESPN.

The networks’ desire to cut tournament-related costs comes amid a weak advertising market because of the coronavirus pandemic. Advertising media firm GroupM forecasts national television ad spending in the United States will decline 11 percent by the end of 2020.

MLS hopes the tournament format and relative lack of live sports on television will generate interest among sports fans and provide a shot in the arm to boost the league’s modest national ratings. Average viewership last season across the ESPN, Fox and Univision networks for regular-season matches was 268,081, according to data from World Soccer Talk, down 19 percent from 2018.

For the shared matches, which include one of the tournament’s two semifinals, Fox will air the English-language feed on either its flagship broadcast network or its FS1 cable network while Univision simultaneously airs the same match in Spanish on its TUDN cable network. Fox will also show its English-language feed of the shared matches on Fox Deportes.

Typically, each network would have exclusivity for specific regular-season matches: MLS matches airing in English on a Fox-owned network simultaneously run in Spanish on Fox Deportes, while matches airing nationally in Spanish on a Univision-owned network are available in English either via the SAP function or online through a partnership with Twitter. The only match Fox and Univision might share in a typical season is the MLS Cup, which in 2018 aired on Fox’s flagship broadcast network and Univision’s UniMás network.

In addition to the 14 shared matches, Univision has exclusivity for 10 matches that will air in Spanish on TUDN and stream in English via the TUDN handle (@TUDNUSA) on Twitter. Fox has two matches exclusively, but the company said it will not air those matches in Spanish on Fox Deportes.

ESPN is airing 28 tournament games exclusively, including the final, with telecasts in English on either ESPN or ESPN2 and in Spanish on ESPN Deportes.

MLS and U.S. Soccer signed eight-year national U.S. television rights agreements with ESPN, Fox Sports and Univision in 2014 that were reportedly worth a combined $90 million per year through the end of the 2022-23 season. It is unclear how, if at all, the change to the format of this season due to the pandemic will impact economic terms for 2020.

“We are entirely upside-down compared to all the other leagues in that media as it relates to our revenues is, frankly, the smallest piece of the puzzle,” Garber told reporters at a preseason media event. “That will undoubtedly change going forward.”