The Washington Nationals celebrate winning game four of the National League Championship Series at Nationals Park on October 15, 2019 in Washington, DC. Forty-four percent of self-identified MLB fans said winning the World Series after the 60-game 2020 schedule would be a less meaningful accomplishment than doing so following a full season. (Patrick Smith/Getty Images)
By Alex Silverman

Baseball fans have a reputation for being sticklers when it comes to stats, records and the historical integrity of the game. It’s why, years later, fans remain divided over whether Barry Bonds is the legitimate home run king, or why talk of shortening MLB’s marathon season elicits outrage from those who value consistency between different eras.

So perhaps it shouldn’t come as a surprise that a plurality of MLB fans believe the 2020 World Series title should bear an “asterisk” in the history books. 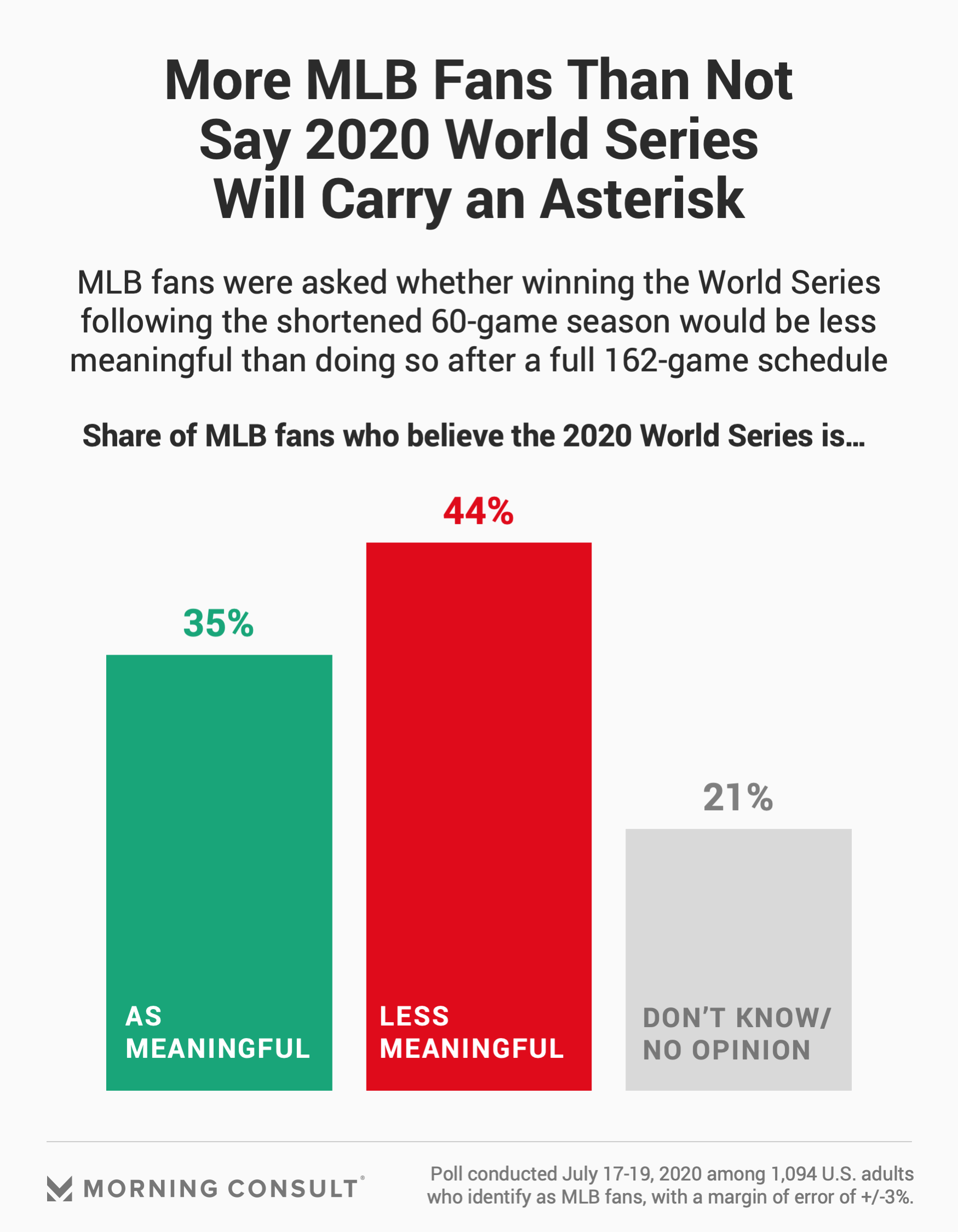 In a preseason poll conducted by Morning Consult, 44 percent of self-identified MLB fans said winning the World Series after the upcoming 60-game season would be a less meaningful accomplishment than doing so following a full, 162-game slate. Those who consider the 2020 championship as meaningful as any other account for 35 percent of fans.

Among those who consider themselves avid MLB fans, 49 percent said winning the World Series this year would be less meaningful than after a full regular season, while 41 percent said it is as meaningful as any other.

The 2020 MLB season is scheduled to begin Thursday evening, after the coronavirus pandemic pushed Opening Day, originally set for March 26, back nearly four months. The league at one point had reportedly targeted a July 4 return, but prolonged negotiations between team owners and the MLB Players Association delayed the start of the season by nearly a month.

Teams are now scheduled to play 60 regular-season games each over a 67-day period.

Interestingly, 47 percent of MLB fans agreed that the typical baseball season is too long, compared to 37 percent — including more than half of avid fans — who disagreed.