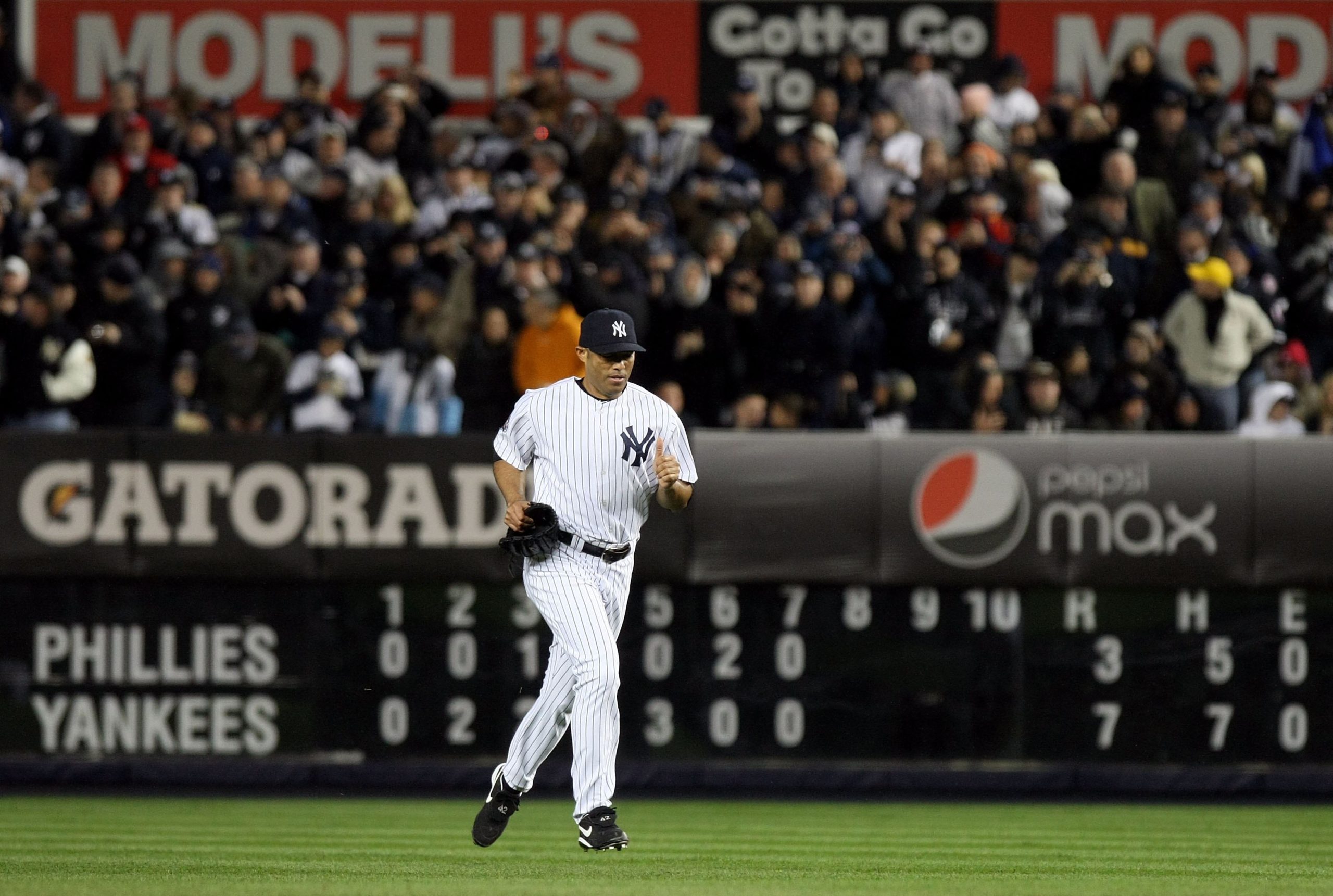 Mariano Rivera #42 of the New York Yankees runs out from the bullpen to pitch against the Philadelphia Phillies in Game Six of the 2009 MLB World Series at Yankee Stadium on November 4, 2009 in the Bronx borough of New York City. A recent Morning Consult poll finds 51 percent of MLB fans have a favorable opinion of three-batter minimum for pitchers. (Nick Laham/Getty Images)
By Alex Silverman

With a late July start, a 60-game schedule and no fans in the stands, the 2020 MLB season is inevitably going to feel a bit different than any that has come before it. Adding to that unfamiliarity is a series of new rules that will change key parts of the game. 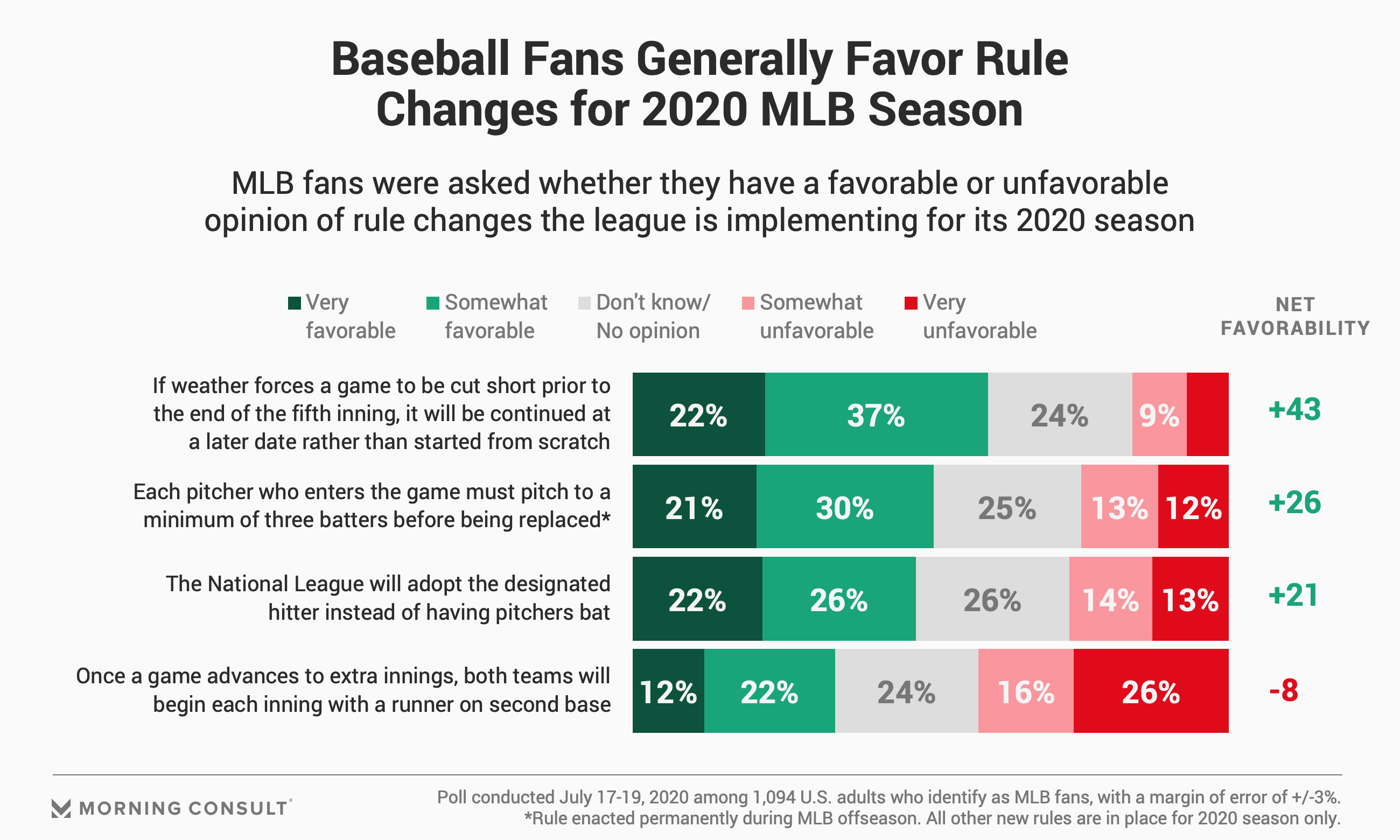 According to a Morning Consult poll conducted ahead of Opening Day, self-identified MLB fans are mostly receptive to three of the four most significant changes to the rules of the game for the 2020 season. Of the four rule changes included in the survey, one was enacted on a permanent basis during the traditional MLB offseason, while the other three are only in place for the pandemic-ridden 2020 season, at least for now.

About half of baseball fans have a favorable opinion of the permanent rule change, which requires each pitcher who enters a game to face at least three batters or complete a half-inning. The change represents one of the many efforts made by MLB Commissioner Rob Manfred to shave time off of the average MLB game, which in 2019 clocked in at 3 hours and 10 minutes, according to Baseball Reference.

Another alteration aimed at ending games more quickly, however, is far less popular. Under a new measure previously adopted by Minor League Baseball, once a game advances to extra innings, the batting team will begin each half-inning with a runner on second base. By putting a runner in scoring position automatically, MLB hopes to prevent marathon games in which neither team can scratch a deciding run across the plate.

Whether fans agree or disagree with the methods, the league’s efforts to shorten games aren’t misguided. Per the July 17-19 poll, 43 percent of MLB fans believe games last too long. In addition, baseball is struggling to capture the attention of younger audiences, as 72 percent of Generation Z respondents say they are not fans of MLB at all. By comparison, that number is 48 percent among millennials.

Another rule change being implemented for the shortened season is the National League adopting the designated hitter position instead of having pitchers bat. The American League switched to the DH in 1973, but 2020 will mark the first time that National League games feature the position. The universal DH rule has strong support, with nearly half of MLB fans saying they have a favorable opinion of the move. While the league’s online rules say it is “possible the NL could revert to its traditional rules in 2021,” it seems likely the days of pitchers hitting are over.

The most popular rule included in the survey will see the league pick up games that end early due to inclement weather where they left off, as opposed to starting over, with the threshold for whether a game is considered official remaining at five innings.