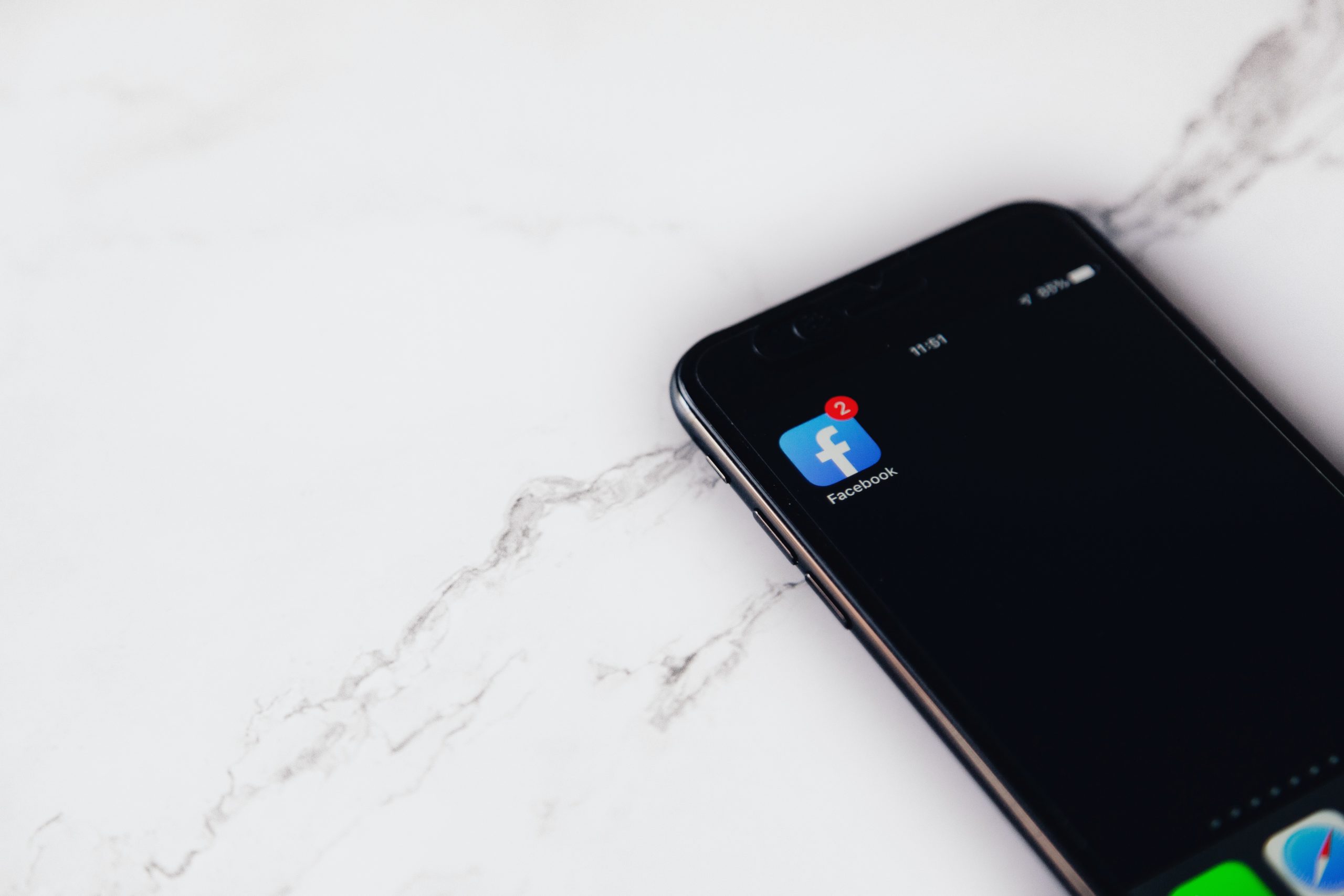 Seventy-three percent of U.S. adults said that a brands' participation in the Facebook boycott would not affect their purchasing intentions, including 49 percent who said it would not matter to them either way, and 24 percent who did not have an opinion. (Pexels/Oleg Magni)
By Alyssa Meyers

A reported 1,000 brands publicly boycotted Facebook Inc. in July over its content moderation policies, but new polling shows that as the official #StopHateForProfit movement comes to an end, consumers’ purchasing habits remain roughly the same, whether companies participated in the movement or not. 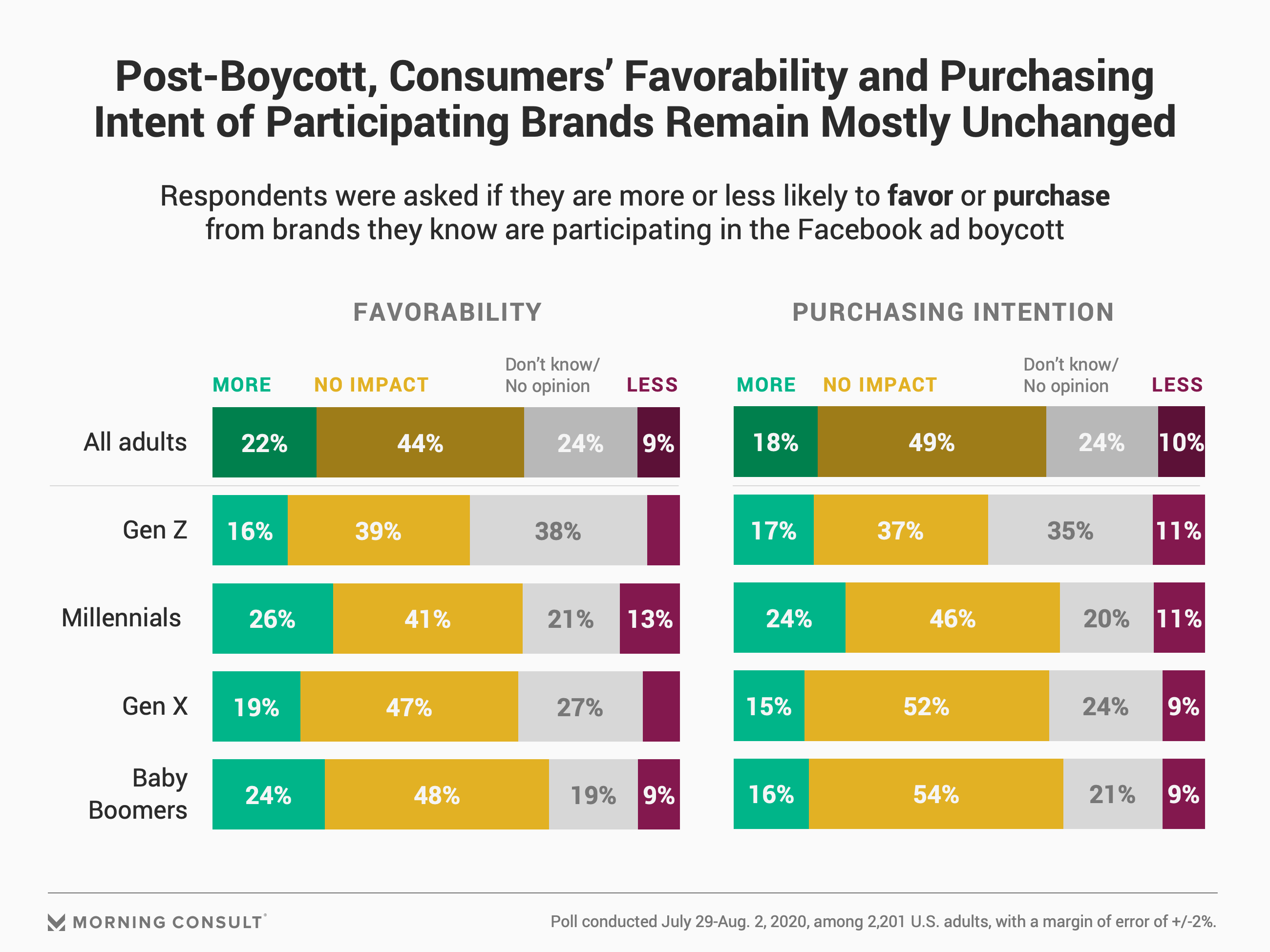 When Morning Consult first asked Americans how their views of a brand would change if they found out it was part of the movement in a June 30-July 3 survey, 70 percent said that fact alone would have “no impact either way” on their purchasing intentions or offered no opinion.

One month later, their answers have not significantly changed, according to a July 29-Aug. 2 survey: 73 percent of U.S. adults said that participation would not affect their purchasing intentions, including 49 percent who said it would not matter to them either way and 24 percent who did not have an opinion.

Sixty-eight percent of consumers said that participation in the boycott would not sway their perception of a brand, including 44 percent who said the decision would not impact their views, and 24 percent who offered no opinion, roughly similar figures when the question was asked in early July.

Both polls were conducted among 2,200 U.S. adults and have margins of error of 2 percentage points.

Related: The Facebook Boycott Is Big News in the Ad Industry, but Few Consumers Know a Lot About It

Because the boycott took place in July, Facebook said it didn’t impact its second-quarter revenue, which it reported as $18.7 billion on July 30, but it said the movement would likely factor into revenue growth for its next quarter, which it’s set to report on Oct. 28.

Roughly half (51 percent) of the public said they had seen “not too much” or “nothing at all” about the boycott. 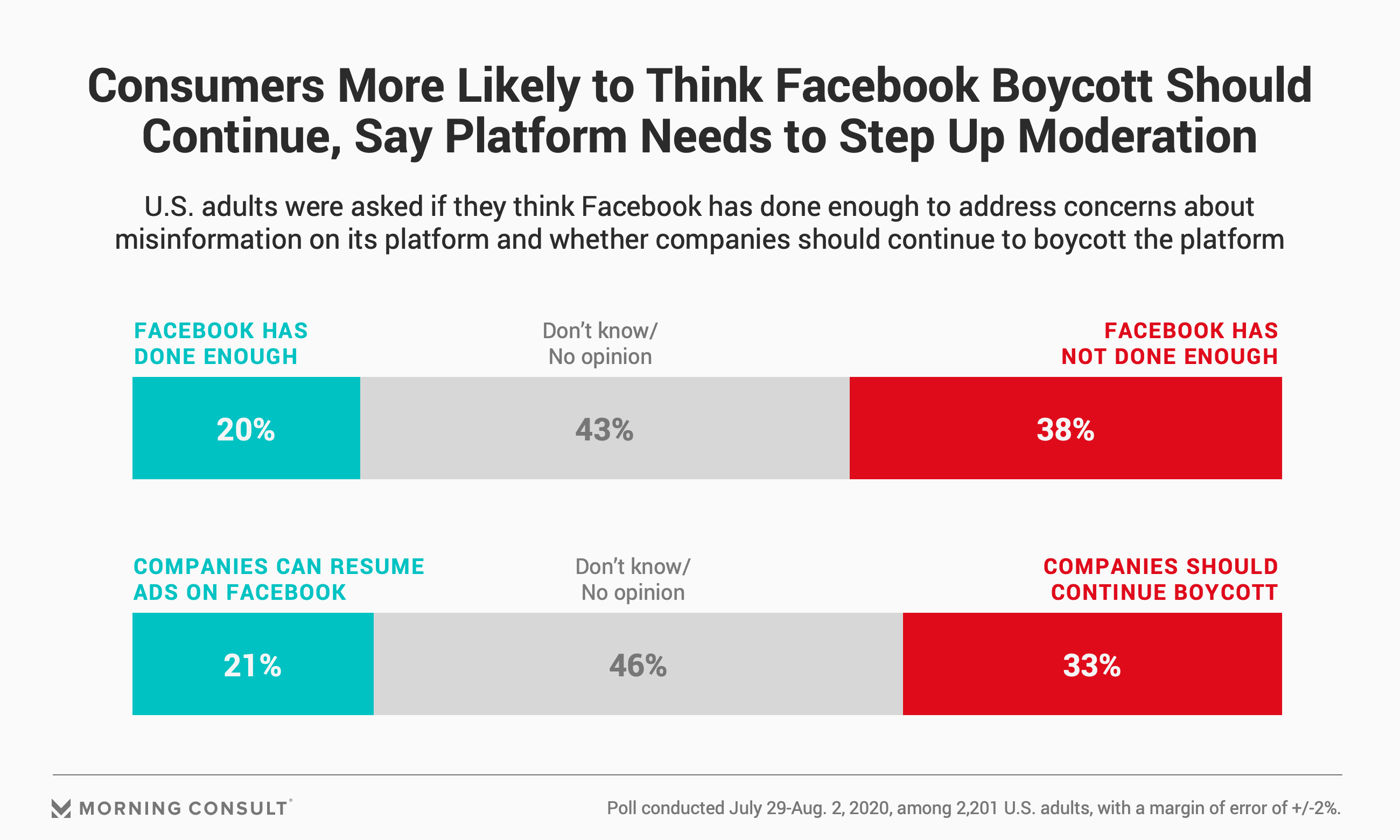 Still, 38 percent of consumers said Facebook has not done enough to address the concerns raised by the boycott, such as moderation of hate speech. Twenty percent said that Facebook has adequately addressed the situation, but the largest share (43 percent) offered no opinion.

Jonathan Greenblatt, the national director and chief executive of the Anti-Defamation League, which is one of the civil rights organizations leading the boycott, told Adweek that July’s advertising pullback was only a “warning shot” for Facebook and that “this movement will not go away until Facebook makes the very reasonable changes we’ve asked for.”

One-third of U.S. adults said they think companies should continue with the boycott beyond July, while 21 percent said they think it’s acceptable for brands to start advertising on Facebook again. Almost half (46 percent) had no opinion.