Free Streaming Services Have Plenty of Options, but Consumers Get More Programming With Subscription Services 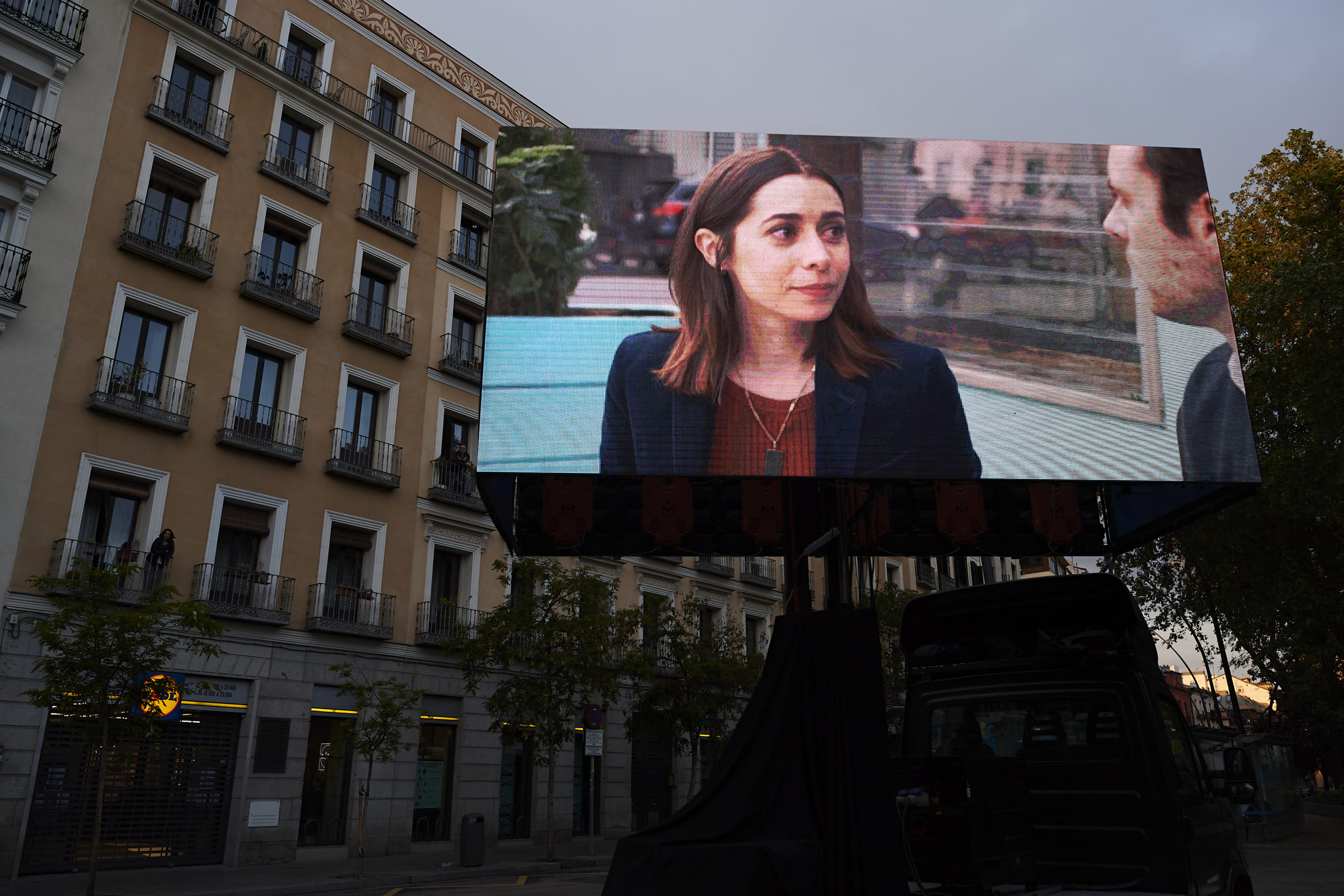 An Amazon Prime Video truck with a double giant led screen projects the movie "Modern Love" as part of the Cine de Balcon (Balcony Cinema) project on April 14, 2020 in Madrid, Spain. Prime Video and Tubi have 29,358 movies and TV shows on their platforms, more titles than the remaining streaming platforms available in the U.S. combined. (Carlos Alvarez/Getty Images)
By Sarah Shevenock

With more than 140 streaming services available in the United States, consumers have thousands of movies and TV shows to choose from. But while free platforms such as Fox Corp.’s Tubi or Fandango Media LLC’s Vudu offer users a significant amount of content, data from Reelgood provided exclusively to Morning Consult shows that streaming services that charge users a monthly or annual fee offer more than twice the amount of programming available than free options do. 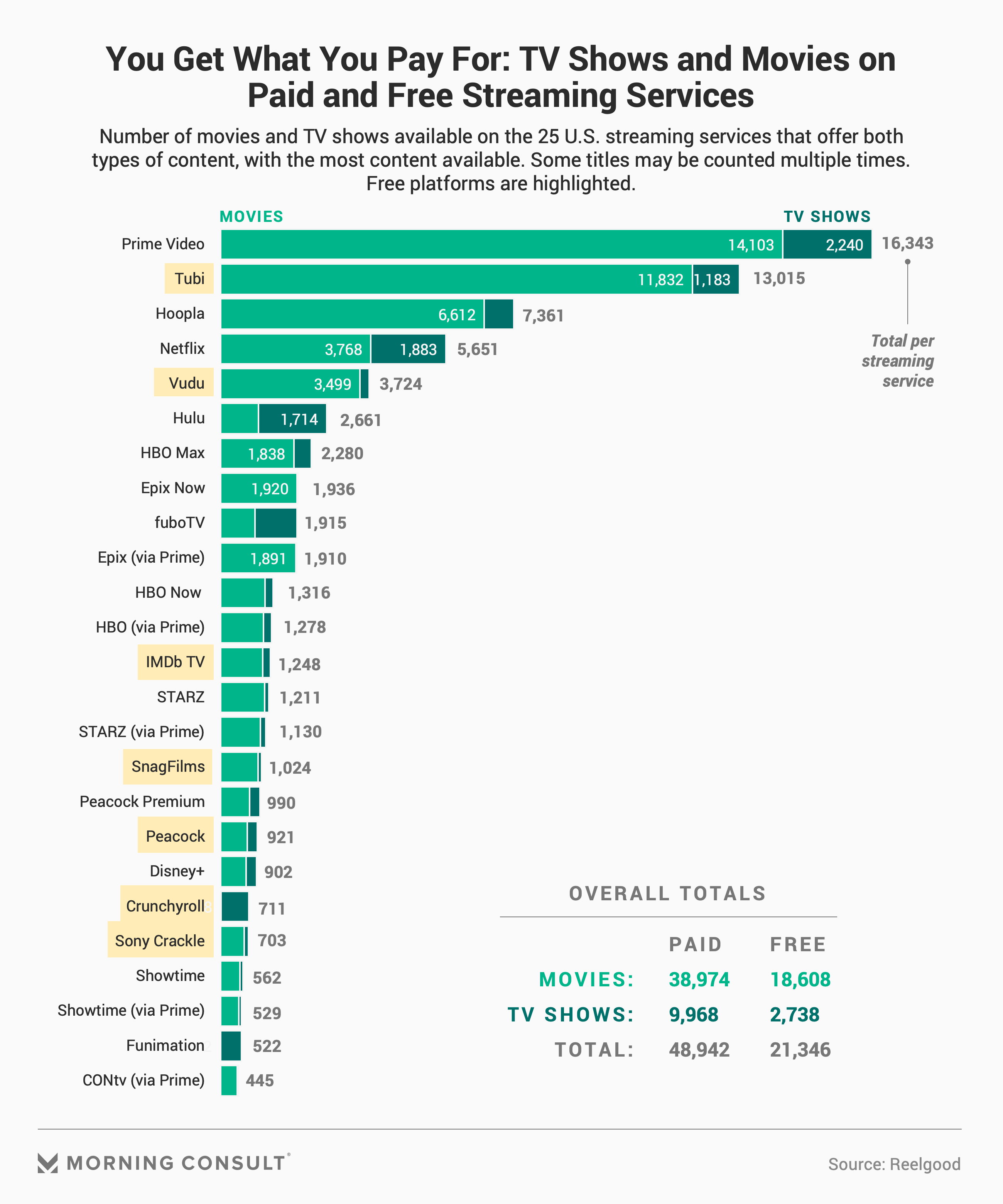 Prime Video has the most titles to choose from compared with other U.S. competitors, with 14,103 films and 2,240 TV shows. Programming on free streaming service Tubi is right behind with 11,832 movies and 1,183 TV shows. Prime Video is free for Amazon.com Inc. Prime members, or $8.99 per month for nonmembers.

Seven of the 25 streaming services with the largest number of TV shows and movies are free to consumers.

But content is key to entice subscribers in the crowded streaming marketplace, with subscription services Netflix Inc., Prime Video and Disney+ each touting buzzy originals such as “Stranger Things,” “The Marvelous Mrs. Maisel” and “The Mandalorian” that drive conversation online and cause consumers to flock to the services offering them.

And while free services may appeal to the budget-conscious consumer, an April 16-18 Morning Consult survey found that many people are willing to pony up for paid subscriptions to major streaming services. Seventy-seven percent of all streaming subscribers surveyed were on a paid plan for Netflix Inc., as opposed to the service’s month-long free trial, while 76 percent paid for Prime Video and 69 percent paid for Hulu.