Big Tech Has Faced Antitrust Scrutiny. A Microsoft-TikTok Deal May Avoid Some of That 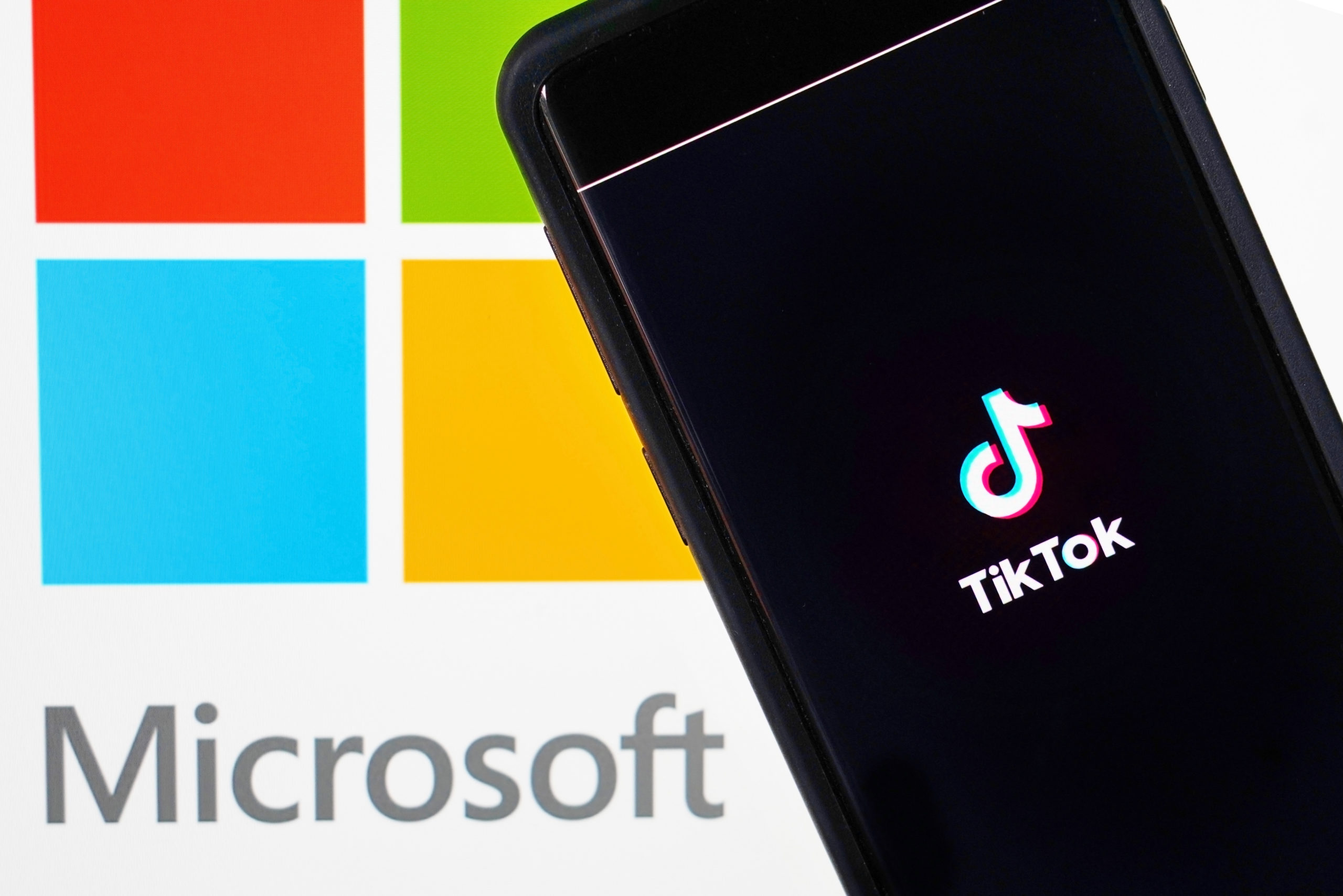 Sen. Elizabeth Warren (D-Mass.) said in a statement to Morning Consult that "the federal government cheerleading and clearing the way for a giant tech company to acquire TikTok is inappropriate political interference in an already broken antitrust enforcement system." (Getty Images)
By Sam Sabin

Microsoft Corp.’s discussions about buying TikTok have thrown a wrench in the narrative that Washington antitrust hawks will automatically gawk at any and all mergers and acquisitions taken on by large U.S. technology companies. Some congressional aides and antitrust experts, in fact, say the potential deal could be one of the rare instances where Big Tech buying a smaller, fast-growing firm could instead spur competition.

“While it involves a big company, the fact that it’s a big company doesn’t mean it’s anti-competitive to acquire new assets,” said Gene Kimmelman, former chief counsel at the Justice Department’s antitrust division and now a senior adviser at Public Knowledge, which opposes monopolies in the tech industry.

The potential deal comes as TikTok, which is owned by Beijing-based ByteDance Ltd., continues to face regulatory scrutiny in Washington over national security concerns regarding the personal information of Americans being collected by an app owned by a Chinese company. Last weekend, President Donald Trump threatened to ban TikTok, only to later toss his support behind Microsoft’s acquisition interest so long as the deal is completed by Sept. 15.

All of this comes just one week after House lawmakers spent hours questioning the chief executives of Alphabet Inc., Amazon.com Inc., Apple Inc. and Facebook Inc. as part of a 14-month investigation into their alleged anti-competitive practices — such as acquiring rivals to protect their own market power. But despite the historic congressional hearing where Democrats equated the power of those large technology companies to monopolies, many are now instead saying Microsoft’s potential acquisition of TikTok doesn’t raise any immediate antitrust concerns.

A Democratic aide told Morning Consult that the reason lawmakers have mostly refrained from commenting so far on the Microsoft-TikTok deal with regards to antitrust — unlike their quick responses to the Uber-Grubhub and Google-Fitbit news — is in part because this new deal could actually spur competition in social media, a space Facebook dominates. On Wednesday, Facebook launched its TikTok competitor, Instagram Reels, which allows users to edit together 15-second video clips set to music in a similar way to TikTok videos.

Carl Szabo, vice president and general counsel of e-commerce trade association NetChoice, which counts TikTok as a member, said the general support in Washington for a potential Microsoft-TikTok deal makes him optimistic that the focus will return to applying antitrust laws equally, not on which companies can or cannot participate in an acquisition.

And Szabo notes that the reaction in Washington would be very different if any other large tech company besides Microsoft stepped into the ring to purchase TikTok.

“I’m sure that if one of the four companies that testified last week were making such a similar acquisition that there would be much more vehement outrage,” he said, adding that this would be true even of Apple, which doesn’t have a social media business.

Yet a handful of the traditional antitrust hawks are still raising concerns about whether Microsoft should be the suitor given its growing antitrust scrutiny in the European Union and dominance in the overall tech industry.

While Microsoft, whose market cap passed $1 trillion last year, hasn’t been part of the recent Washington scrutiny of market power within the technology industry, it hasn’t totally avoided controversy: Last month, Slack Technologies Inc. filed an antitrust complaint with the European Commission contending that Microsoft has tied its Teams workplace collaboration software to its Office products to force installation and make uninstalling it impossible. And more than 20 years ago, Microsoft nearly faced a breakup of its own after a court ruled that it had violated the Sherman Antitrust Act.

In a statement to Morning Consult, Sen. Elizabeth Warren (D-Mass.) said that while it’s important to make sure TikTok and other social media platforms aren’t used as a tool for foreign interference and disinformation, a deal such as Microsoft’s still shouldn’t skate by unchallenged.

“The federal government cheerleading and clearing the way for a giant tech company to acquire TikTok is inappropriate political interference in an already broken antitrust enforcement system,” Warren said.

But Matt Stoller, director of research at the American Economic Liberties Project, said that given the resources required to untangle TikTok from its Chinese parent company, only Big Tech is equipped to handle the job, underscoring its staying power in the industry.

“If we had a competitive market here, Vine could’ve been TikTok,” said Stoller, the author of “Goliath: The 100-Year War Between Monopoly Power and Democracy,” referring to the demise of the short-form video app owned by Twitter Inc.

“By rolling up all advertising and adtech, Google and Facebook made it impossible for any companies to come in without having massive access to capital and a protected home market, which is why the only competitor came from China,” he added.

Related: Ahead of Big Tech Hearing, Less Than Half of the Public Trusts Congress to Best Regulate the Industry

Michael Bluhm, the managing editor at Open Markets Institute, which opposes the monopolization of the tech industry, said the group doesn’t endorse the sale of TikTok to Microsoft and would prefer if a smaller U.S. company or investors purchased the short-form video app instead. Bluhm, who is also an expert in international trade, said through the acquisition, Microsoft could grow its power through the sheer amount of data it’s obtaining.

“Perhaps lawmakers would be more worried if Facebook were acquiring yet another social network,” Bluhm said. “But members of Congress need to understand that Microsoft is like Facebook: a rich, powerful corporation that should not be allowed to expand its areas of dominance into social media.”

A second Democratic aide told Morning Consult that many lawmakers are still waiting to learn more specifics about Microsoft’s potential purchase before publicly commenting since that could impact whether consumer protection will be at risk.

In comments to Morning Consult, several lawmakers said it was important that any acquisition receive adequate antitrust enforcer scrutiny: Rep. Val Demings (D-Fla.), a member of the House antitrust subcommittee, said a deal should only move forward if it “will not harm competition or decrease the security” of Americans’ data. Sen. Mike Lee (R-Utah), the chairman of the Senate’s antitrust subcommittee, said any new TikTok owners need to “continue to operate the platform in a competitive manner that challenges the other social media giants.”

The office for Rep. David Cicilline (D-R.I.), the chairman of the House antitrust panel, pointed to the lawmaker’s comments in an interview with tech journalist Kara Swisher on the Pivot podcast Tuesday, where he said any deal needs to be reviewed by enforcers on its merits and not politicized.

A TikTok spokesperson did not respond to a request for comment. Microsoft directed questions about antitrust concerns to its Sunday blog post, which focuses on data collection and storage concerns and the Trump administration’s involvement in the discussions.