In a letter to FCC, coalition of more 25 groups is eyeing changes to expand voice, broadband subsidy program during the pandemic 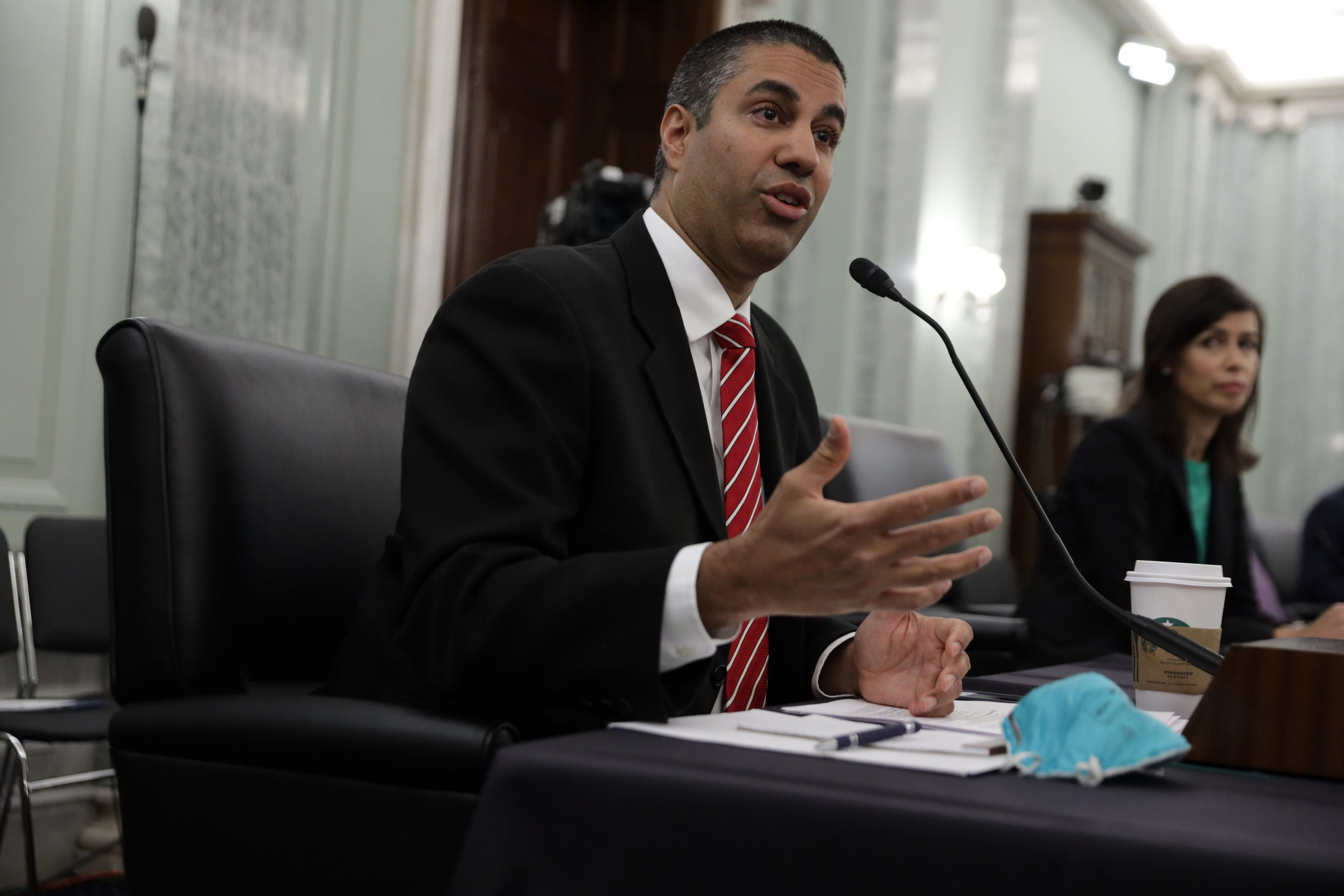 FCC Chairman of Federal Communications Commission Ajit Pai testifies during a hearing before the Senate Commerce, Science and Transportation Committee on June 24, 2020, in Washington, D.C. A coalition of civil rights, labor and anti-poverty groups led by the United Church of Christ is asking the FCC to make several changes to the Lifeline voice and broadband subsidy program to help low-income Americans pay their phone and internet bills. (Alex Wong/Getty Images)
By Sam Sabin

As the economic crisis brought on by the coronavirus pandemic continues throughout the United States, a coalition of 25 organizations including the NAACP, the National Consumer Law Center and the Communications Workers of America is urging the Federal Communications Commission to make a number of changes to the Lifeline voice and broadband subsidy program to help low-income Americans pay their phone and internet bills.

Among its requests, the coalition is calling on the FCC in a letter filed late Sunday night to extend certain rule waivers through the end of the year, making it harder for customers to be kicked out of the program; restore the monthly subsidy for voice call services to $9.25 from its current $7.25 payment; and freeze the scheduled increase in the minimum service standard that Lifeline providers must offer to customers pending further review of the program overall.

The letter, which was organized by the United Church of Christ, also has signatures from Public Knowledge, Common Sense Media, the National Digital Inclusion Alliance, the Multicultural Media, Telecom and Internet Council and New America’s Open Technology Institute.

Throughout the pandemic, the FCC has rolled out a series of waivers and changes to the Lifeline program, which was created to help qualifying low-income Americans adapt to the needs brought on by the switch to virtual life and the ever-changing job market. For instance, the agency has paused the annual recertification and reverification requirements for customers, which can result in an involuntary disenrollment from the program, until Aug. 31. The order has already been extended twice since it was originally instituted in March, and the coalition would like to see these benefits extended through the end of the year, at least.

The agency is also scheduled in December to decrease the minimum monthly subsidy amount given to Lifeline customers who have voice call-only plans to $5.25. However, Cheryl Leanza, the president of consulting firm A Learned Hand LLC and policy adviser to the United Church of Christ’s media advocacy arm, said in an interview that this decrease, which was scheduled prior to the pandemic, could disproportionately hurt senior citizens and those in rural areas who might not have internet service and rely heavily on their phones to go about their daily lives during the pandemic. Instead, the group would like to see the FCC match the current voice subsidy to the $9.25 currently offered to Lifeline’s broadband customers.

“Certainly people have thought about the importance of broadband, and that has received a lot of coverage, but at the same time, there’s also people who rely on their phones,” said Leanza, adding that many low-income families may be using their phone’s hot spot service as a means to also connect their laptops to the internet.

Last week, FCC Chairman Ajit Pai circulated an order proposing that the minimum data capacity for mobile broadband internet users be upgraded by 3 gigabytes to 4.5 GB per month, instead of the already scheduled plan to increase minimum capacity to 11.75 GB. But this plan comes with its share of flaws, the organizations in the letter argue, because it puts the availability of no-cost Lifeline services in jeopardy and doesn’t increase the subsidy of $9.25 per month to account for plans with larger data plans. So any sort of increase shouldn’t happen until a mandated report on the state of the Lifeline program is completed next year, the letter says.

However, any proposed changes to the Lifeline program could hit a speed bump in its effectiveness. According to a Morning Consult survey conducted June 24-28, 69 percent of adults making less than $50,000 annually had either heard not much or nothing at all about the Lifeline program’s existence, although it’s been in place since 1985.

But Leanza remains hopeful that the letter could lead to change in the FCC given Pai’s record on transparency and openness.

“Chairman Pai has been a leader in transparency in many cases,” she said regarding the pause of the minimum standard increase. “I am hopeful that he will be more open about the projected impact of this decision and will take a short amount of time to at least consider the whole record.”