New Morning Consult/Politico polling found that 79 percent of registered voters support the deferral of student loans for six months without interest during the pandemic. (Getty Images)
By Claire Williams

As workers lose jobs and the economy continues to slide amid the pandemic ahead of the 2020 presidential election, President Donald Trump last week issued a series of executive orders and memos that, among other measures, extended federal relief for student loan borrowers until the end of the year.

And while Congress is set to continue debating a more expansive coronavirus relief package — and the Education Department decides how to implement Trump’s memo — new polling shows that measures to help those with student debt remain overwhelmingly popular. 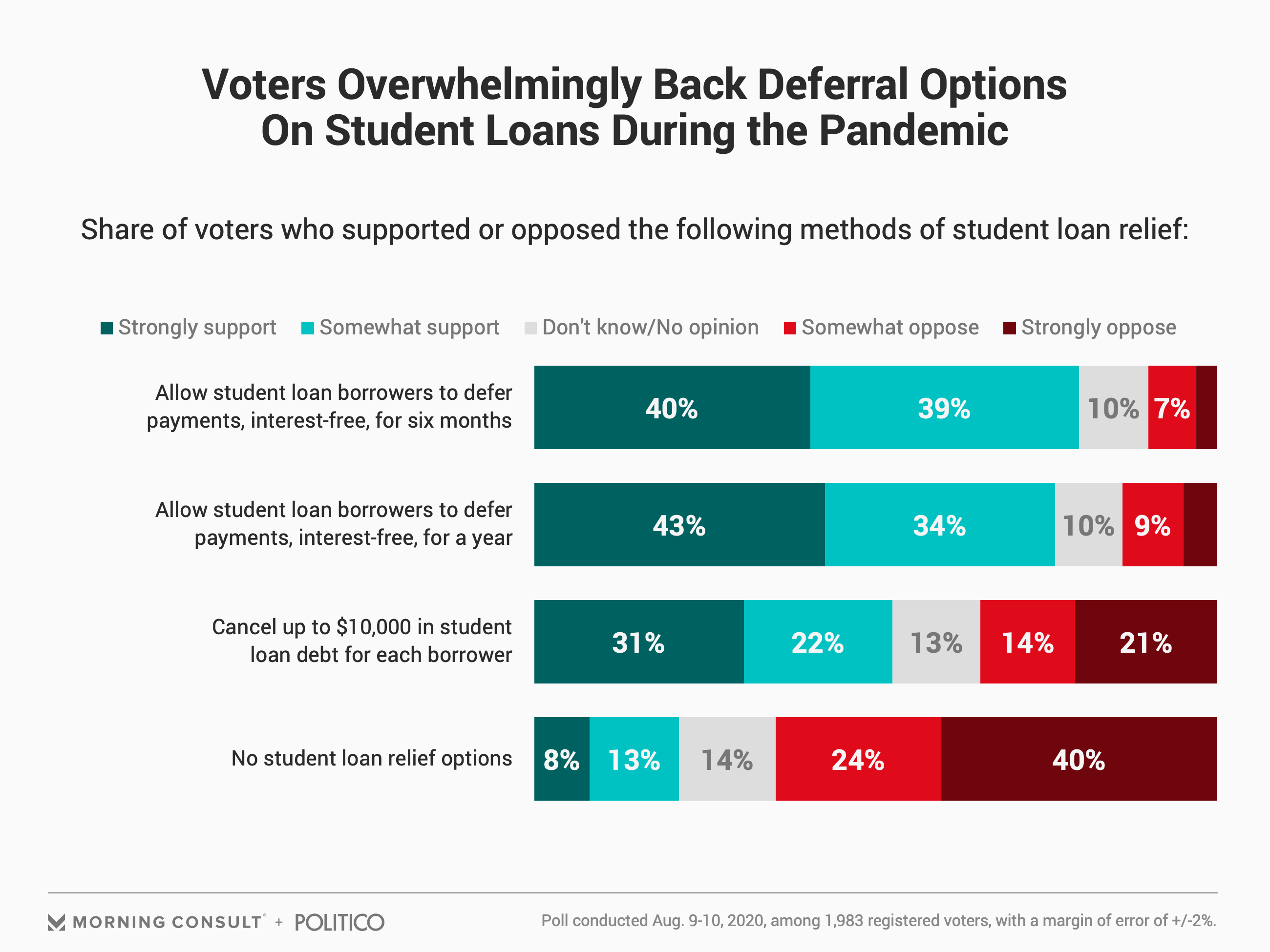 Seventy-nine percent of registered voters said they support allowing student loan borrowers to defer payments without interest for six months, while just 10 percent said they oppose the measure. The Morning Consult/Politico poll surveyed 1,983 voters from Aug. 9-10 and has a margin of error of 2 percentage points.

A measure that would defer student loan payments for a year without interest was supported by 77 percent of voters, a figure within the margin of error of the six-month proposal. Fourteen percent said they oppose the one-year measure.

Less popular — though still garnering support among a majority of voters — is canceling up to $10,000 in student loan debt for each borrower. Fifty-three percent said they support that measure, and 35 percent said they opposed it.

Related: The Toll of Student Debt Goes Beyond Failing to Build Wealth

Overall, some form of student debt relief was popular across political parties, although more so among Democrats. The measure that saw the most support — allowing student loan borrowers to defer payments interest-free for six months — saw 85 percent support among Democrats, 75 percent backing from Republicans and 78 percent approval by independents.

Previous Morning Consult/Politico polling has shown that student debt relief measures fare well among voters. Sen. Elizabeth Warren’s (D-Mass.) student debt relief plan from May, to erase up to $50,000 in debt for households making less than $100,000, received support from 56 percent of voters.