YouTube, Netflix and Gaming: A Look at What Kids Are Doing With Their Increased Screen Time

70% of parents say their children are spending at least four hours with electronic devices every day, marking a shift amid the pandemic

With after-school and summer activities limited due to social distancing restrictions, many children are turning to smartphones, tablets and other devices to keep them entertained. New public opinion data from Morning Consult provides a look into what kids are doing online and which platforms are experiencing a jump in additional screen time. 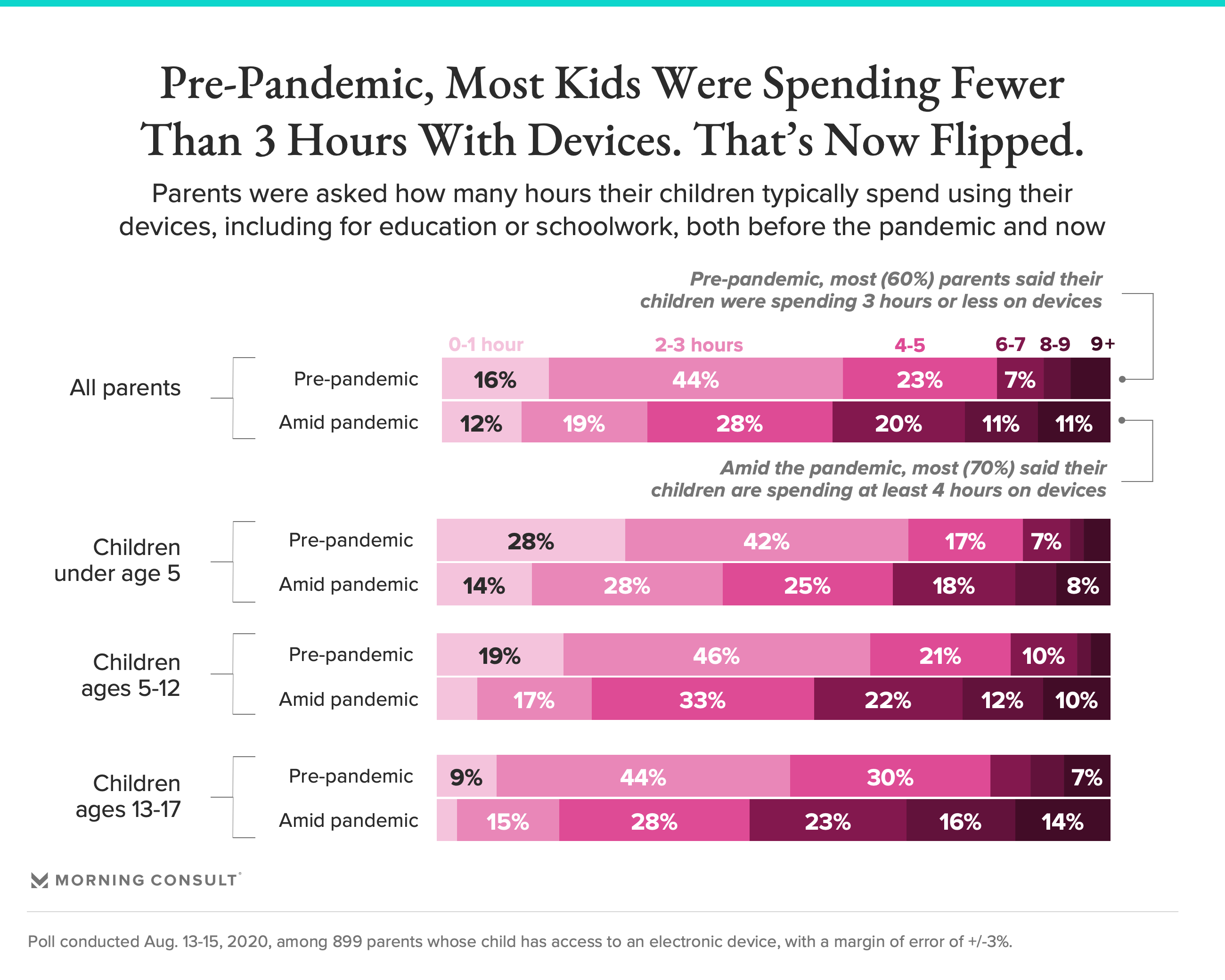 The Aug. 13-15 survey asked 899 U.S. parents whose children have access to at least one electronic device, such as a smartphone, tablet or computer, how much time their children spent with their devices each day, both prior to the onset of the COVID-19 pandemic in March and now.

Most (60 percent) said that before the pandemic, their children’s screen time topped out at three hours. Respondents were asked to include time for education and school work in their estimates. Forty percent said their children had spent four or more hours a day with a device.

But when asked how much time children were spending with devices in the midst of the COVID-19 pandemic, the majority shifted: Most (70 percent) now said their kids were spending at least four hours each day with screens.

The survey has a margin of error of 3 percentage points. 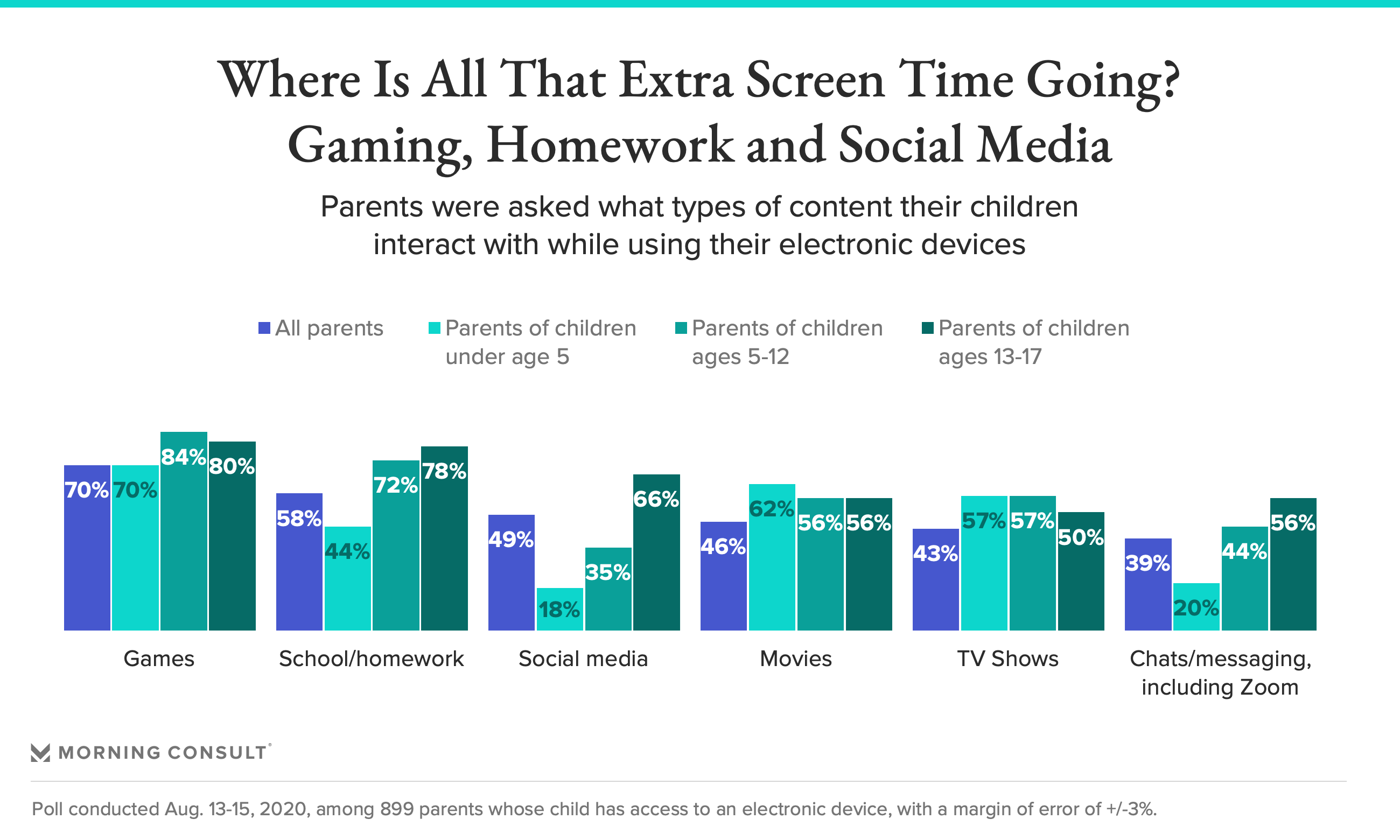 Games were the most prevalent type of content children interacted with, according to parent reporting: 70 percent of U.S. parents overall, as well as 84 percent of parents with a child between the ages of 5 and 12 and 80 percent of parents with teens ages 13 to 17, said their kids played games while using their devices. School assignments and homework were also activities kids ages 5 or older interacted with frequently. 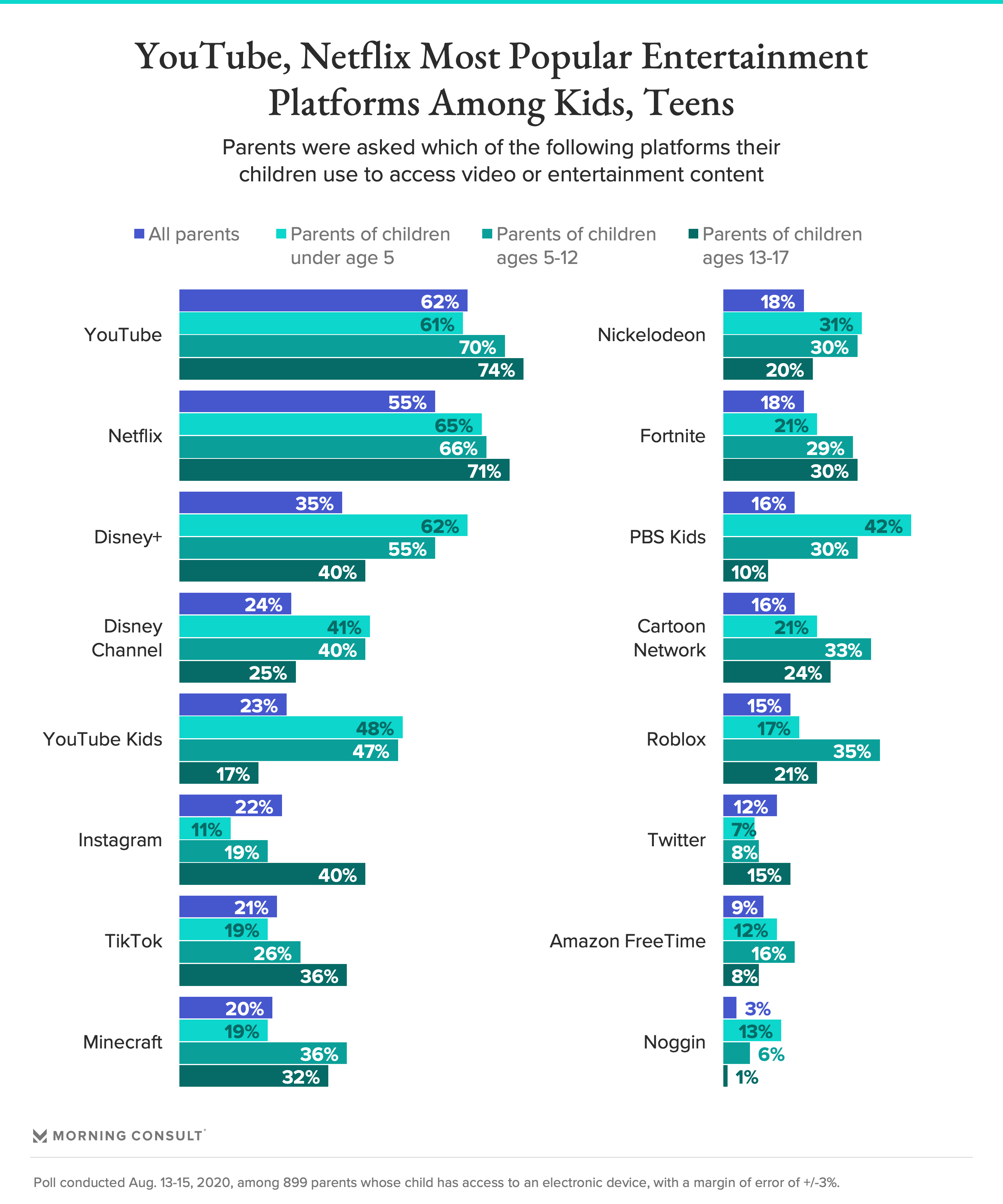 YouTube and Netflix Inc. were the two most popular entertainment platforms among all age groups. Sixty-two percent of parents said their children interacted with YouTube, while 55 percent said the same of Netflix. However, activity on YouTube Kids, the video platform’s child-oriented site, lagged with just 23 percent of parents overall saying their kids used the platform.

Social media platforms were more popular with teens. Among parents of teenagers, 40 percent said their children used Instagram, while 36 percent said the same of TikTok.

Clarification: The charts in this article have been updated to specify subsample size.