With Unemployment Rates Falling, More Than 1 in 2 Voters Say Economy Is Recovering

A "We're Hiring" sign is seen in a store front window on Sept. 4, 2020 in Miami. The Bureau of Labor Statistics released a report that shows the unemployment rate fell to 8.4 percent last month, down from a COVID-19 pandemic peak of 14.7 percent in April. (Joe Raedle/Getty Images)
By Claire Williams

As the economy continues to be a central theme of President Donald Trump’s re-election campaign, his Democratic opponent, former Vice President Joe Biden, is highlighting a persistent divide between the financial health of wealthy Americans and regular consumers.

Central to this discussion has been the disparity between the stock market, which recently hit a record high before a tech rout last week that sent shares plummeting, and the “real economy” — measures like consumer confidence, unemployment and other underlying economic indicators. 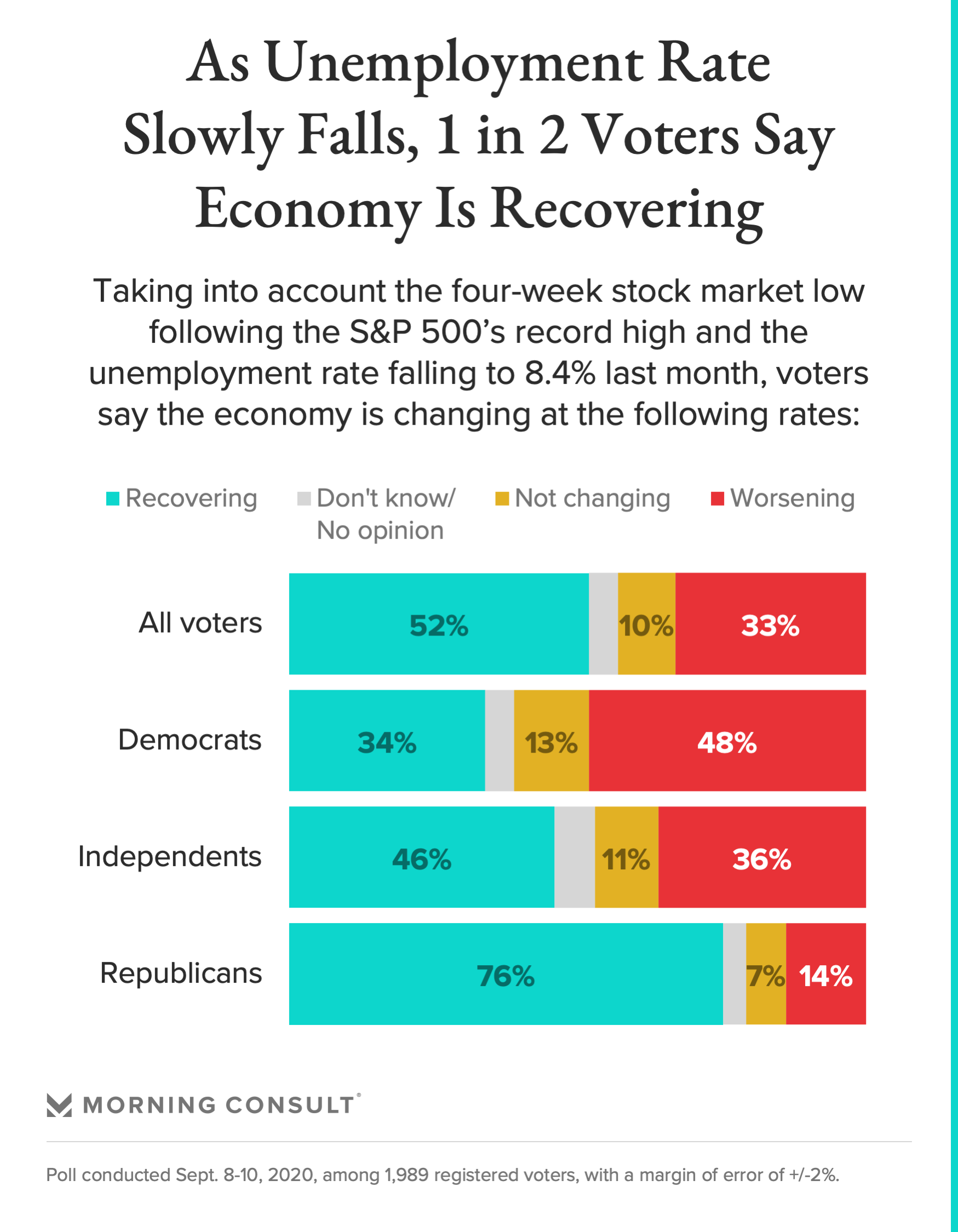 Voters appear to be more motivated by unemployment, which recently fell to 8.4 percent, rather than the ups and downs of the stock market, which recently hit a four-week low, new Morning Consult polling indicates.

More than half of voters (52 percent) said they would describe the current U.S. economy as “recovering,” compared to 33 percent who said it’s “worsening.”

That’s a 9-point jump from the end of August, when 43 percent said the economy is recovering. At that point, the S&P 500 had reached a record high and unemployment was near its 2008 financial recession peak at 10.2 percent in July.

The trends are heightened among parties. Just over a third of Democrats in the most recent poll said the economy is recovering, compared to 28 percent who said the same at the end of August.

The jump among Republicans was much higher. Seventy-six percent of GOP voters said the economy was recovering in the new poll, an 11-point increase from the end of August when 65 percent of Republicans said the same.

Independents split the difference. Forty-six percent said the economy is improving in the September survey, compared with 40 percent in the August poll.