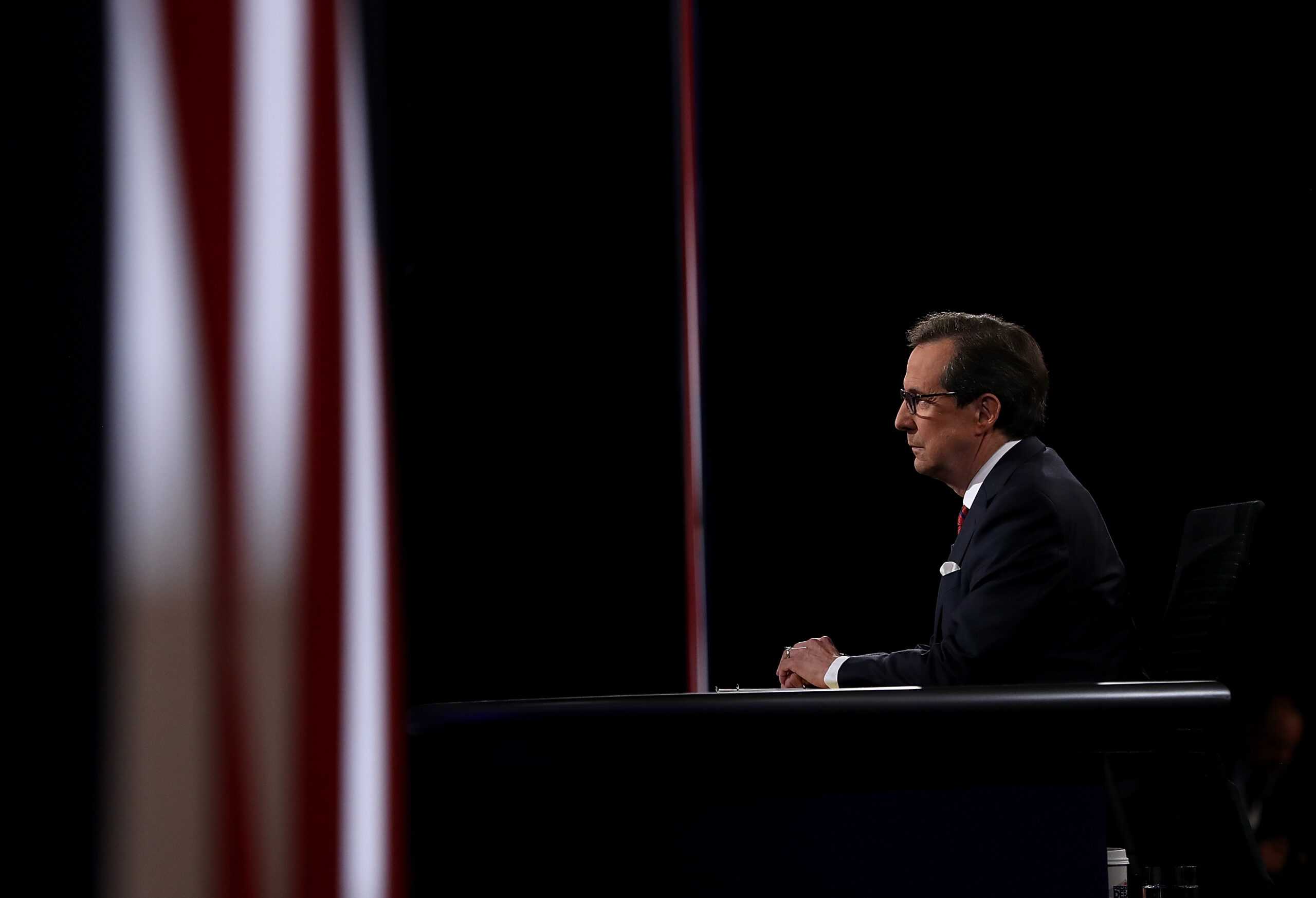 Fox News anchor and moderator Chris Wallace before the start of the third U.S. presidential debate with then-GOP presidential nominee Donald Trump and Democratic presidential nominee Hillary Clinton on Oct. 19, 2016, in Las Vegas. Seventy percent of 1,991 registered voters in a Morning Consult poll said that being unbiased was a “very important” in a debate moderator. (Justin Sullivan/Getty Images)
By Sarah Shevenock

As the presidential candidates prepare to face off for the first time in Tuesday’s debate, new polling finds that registered voters want three things from debate moderators: to display political knowledge, to demonstrate a lack of bias and to pose questions that matter to the respondents.

First to take the moderator chair is Fox News’ Chris Wallace, who picked the topics for the debate and will not be tasked with fact-checking either President Donald Trump or Former Vice President Joe Biden during the debate. 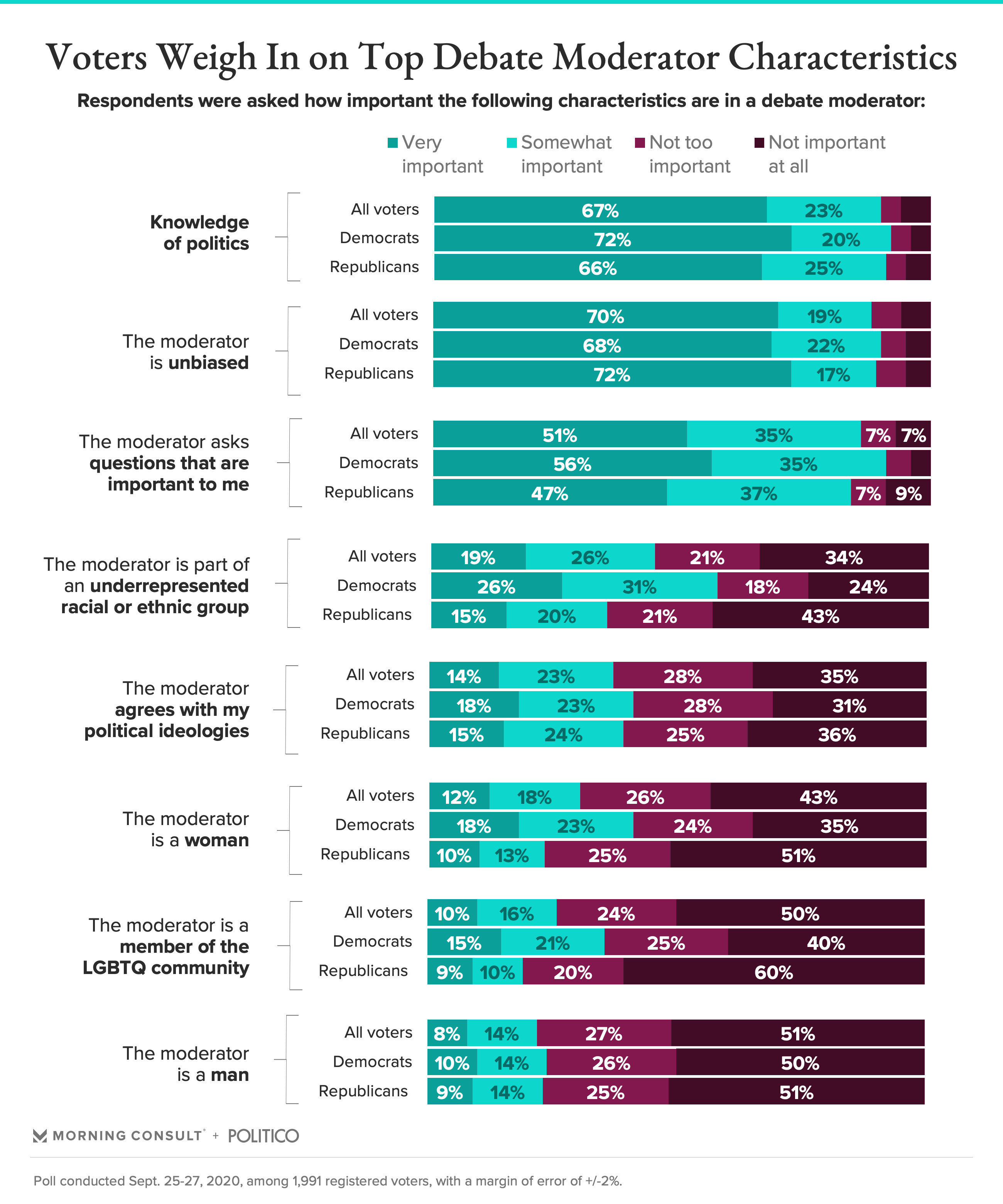 The Morning Consult/Politico poll found that 70 percent of the 1,991 registered voters surveyed felt that being unbiased was a “very important” characteristic for a debate moderator to possess. Knowledge of politics (67 percent) and asking questions that matter to respondents (51 percent) took second and third place in perceived importance.

Wallace has received criticism from both sides of the political spectrum as the first debate has neared. Trump said Wallace, who is known for challenging Trump’s statements in his interviews and in his reporting, is “controlled by the radical left” and said he doubts the debate will be fair, while Wallace’s selection and phrasing of “race and violence” as a debate topic sparked a social media backlash from political progressives.

Related: How Moderators’ Debate Questions Line Up With Their Gender, Race and Ethnicity

Wallace, the only debate moderator from 2016 to return to the seat this election year, is a notable pundit in his nearly equal fandom across the political spectrum: One-third of registered voters, along with 38 percent of registered Democrats and one-third of registered Republicans, have a favorable impression of Wallace, per the Sept. 25-27 Morning Consult/Politico survey.

Voters placed less emphasis on the diversity of moderators. Fifty-five percent said it wasn’t important for a moderator to belong to an underrepresented racial or ethnic group. (The survey has a margin of error of 2 percentage points.)

Regardless of the moderator, viewers are likely to tune in.

In 2016, the first presidential debate between Trump and Hillary Clinton, the Democratic nominee, drew 84 million viewers across 13 networks, according to Nielsen, with debates No. 2 and No. 3 attracting a respective 66.5 million and 71.6 million viewers. This year, 23.8 million people watched Trump speak on the fourth night of the Republican National Convention, and 24.6 million tuned in to the final night of the Democratic National Convention.