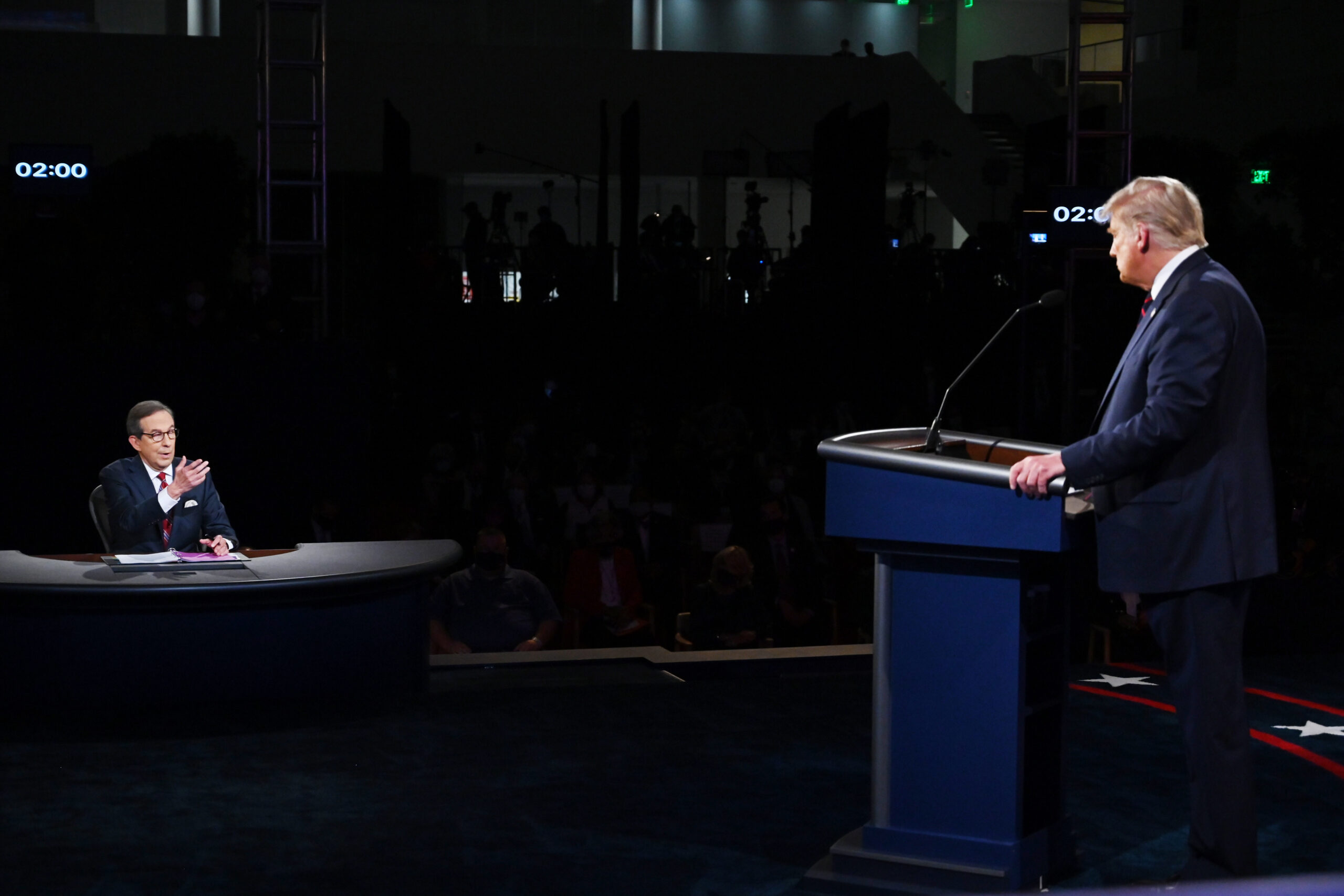 Fox News anchor Chris Wallace speaks to President Donald Trump on Tuesday in the first presidential debate at the Health Education Campus of Case Western Reserve University in Cleveland. Polling conducted before and after the debate found shows the moderated discussion took a toll on Wallace's popularity, particularly among Republicans. (Olivier Douliery-Pool/Getty Images)
By Joanna Piacenza

A plurality (43 percent) of GOP voters now hold an unfavorable view of the news anchor following his performance at Tuesday’s tumultuous debate, which was defined by Trump’s persistent interruptions and an overall dearth of civil discourse between the president and Democratic presidential nominee Joe Biden. Less than one-fifth of Republicans held a negative view of the veteran journalist in a survey prior to the debate.

Trump pre-emptively claimed the debate would be unfair, predicting that Wallace would be “controlled by the radical left.” In the days since the debate, the president has frequently criticized Wallace online, tweeting an image of himself versus the Fox News anchor and his Democratic opponent, and retweeting several accounts that condemned Wallace for his job as moderator. 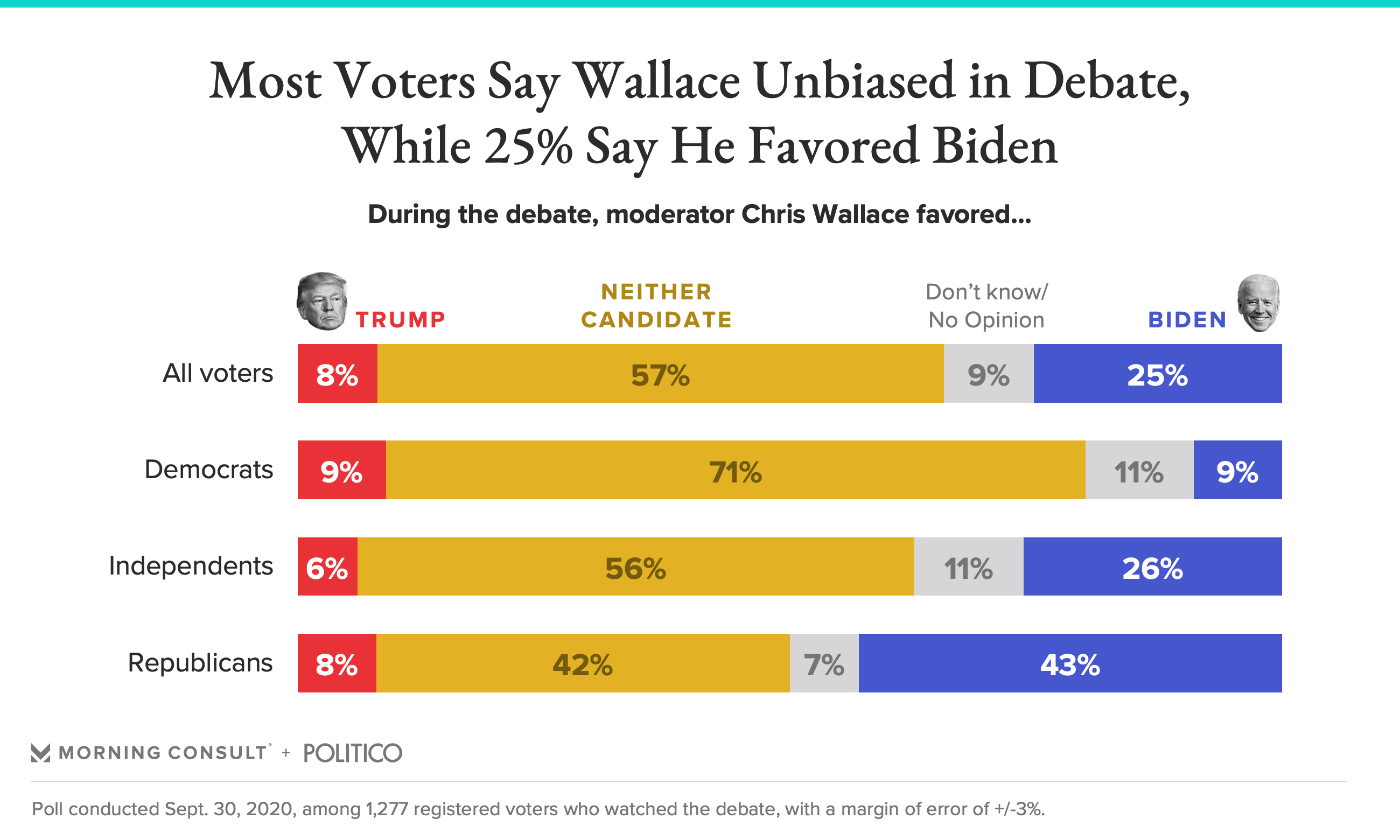 A November 2018 Morning Consult survey placed Wallace as the fifth-most popular Fox News personality among Republicans — behind Tucker Carlson, Laura Ingraham, Ainsley Earhardt and Dana Perino — with a net favorability (the share of respondents with a favorable view minus the share with an unfavorable view) of 23 percentage points. His current net favorability, at 16 points underwater, would place him at the bottom of that list — even below Shepard Smith, who reportedly broke a multiyear contract when he exited the news outlet in October 2019.

Wallace signed a multiyear contract with Fox News in September 2017, after nearly 15 years as the anchor for Fox News Sunday.

Most voters (71 percent) agreed that the president was the more interruptive presence at the debate, including 54 percent of Republicans. When it came to assessments of Wallace’s cat-herding capabilities on stage, voters were split on just how much he could have done to restore order. 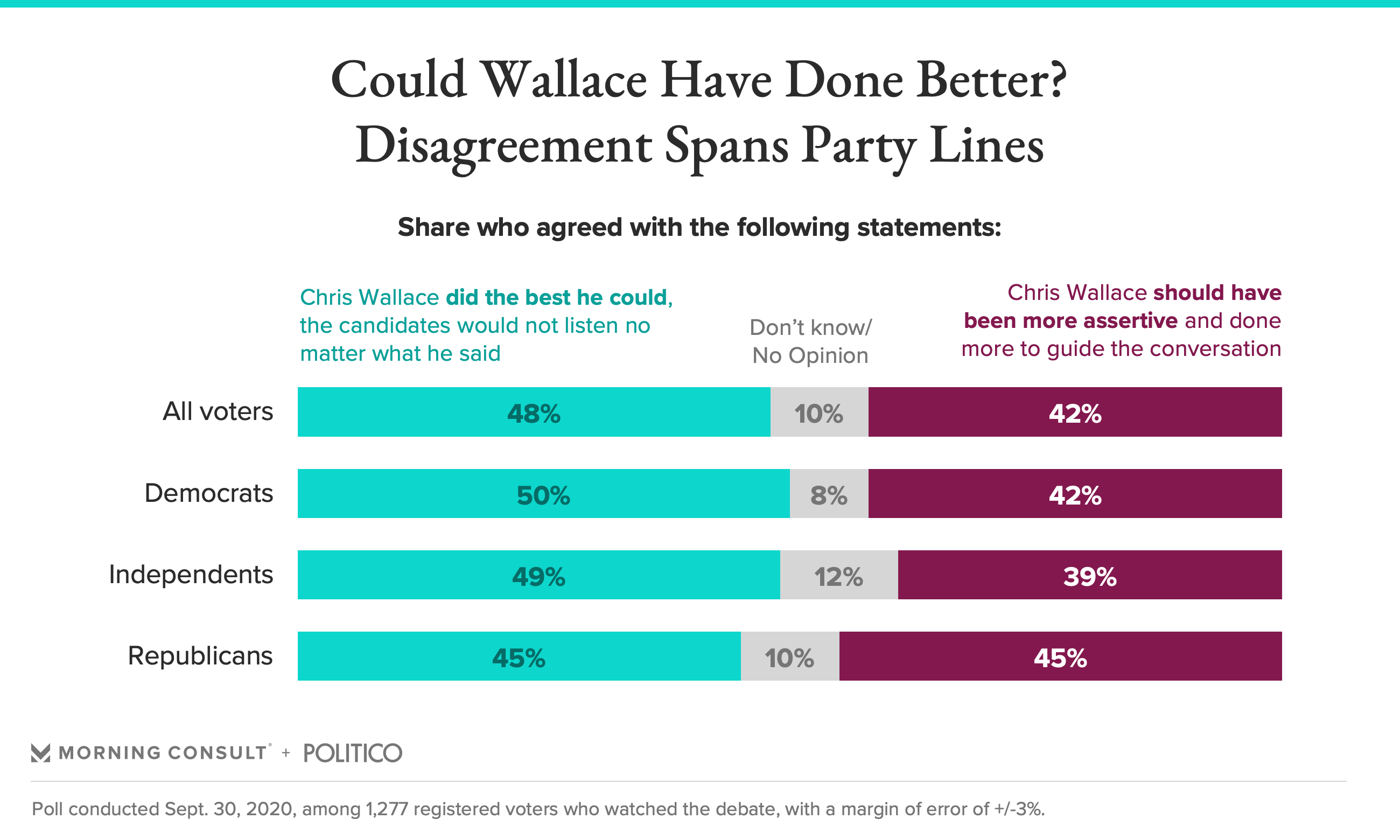 Notably, partisans were largely united in their response to the question: About half agreed that Wallace “did the best he could” during the 90-minute broadcast and that “the candidates would not listen no matter what he said,” while a nearly equal share said he should have been “more assertive” with his moderating duties and “done more to guide the conversation.”