As Jim Carrey Prepares to Play Biden, a Look at ‘SNL’s’ Most Loved Political Impressions

Tina Fey as former Alaskan Gov. Sarah Palin tops the list among all adults in a poll 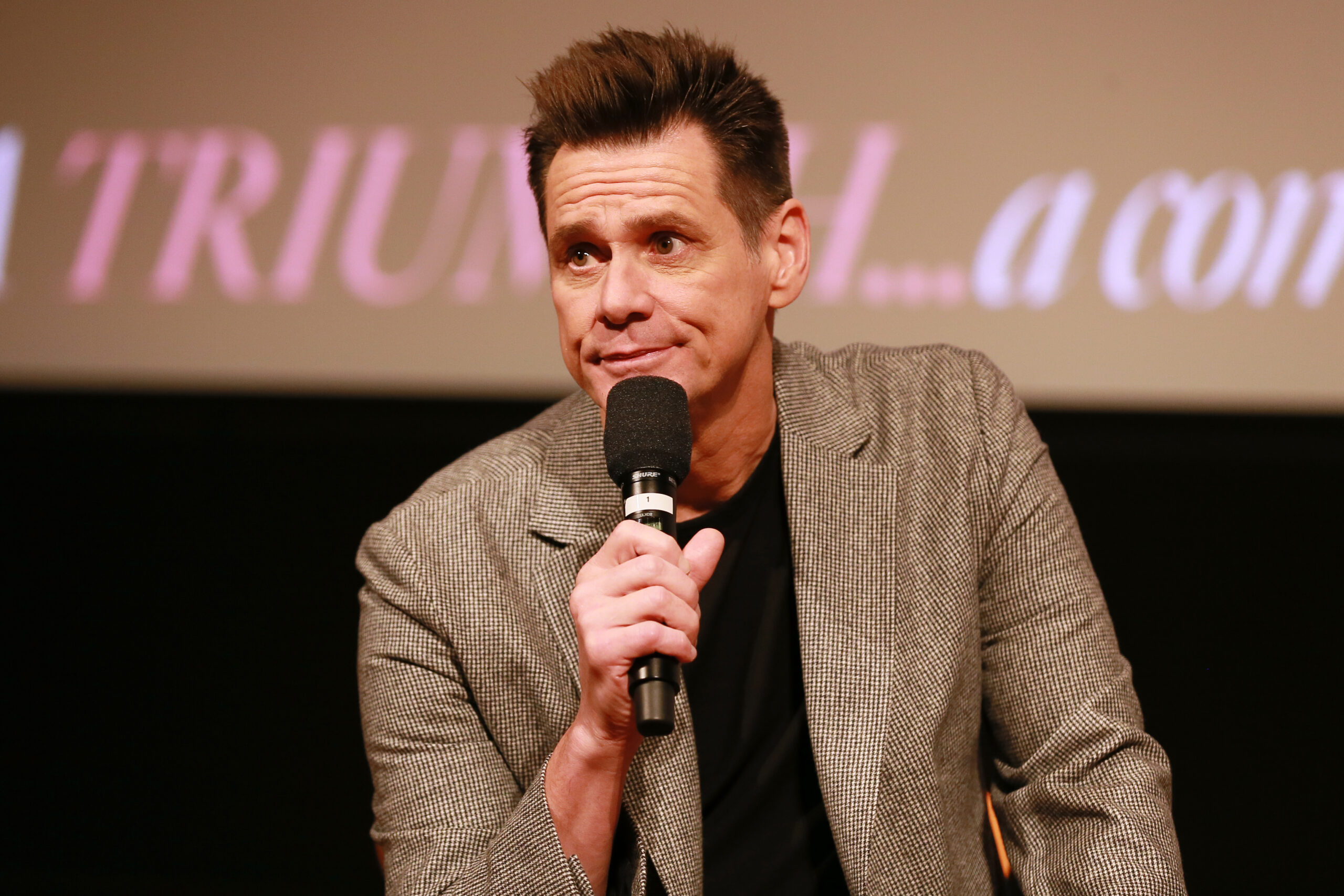 Jim Carrey attends For Your Consideration Screening Of Showtime's "Kidding" at Linwood Dunn Theater on May 01, 2019 in Los Angeles, California. Jim Carrey was the most popular choice to portray former Vice President Biden, with 22 percent of adults saying he was the best candidate for the comedic job. (Leon Bennett/Getty Images)
By Sarah Shevenock

“Saturday Night Live” will return to NBC’s Studio 8H this weekend with a new temporary cast member as the election year nears an end: Jim Carrey, who will step into the role of former Vice President Joe Biden — and new polling finds that people applaud the choice.

The Sept. 24-27 Morning Consult/The Hollywood Reporter survey found that 22 percent of the 2,199 U.S. adults surveyed said Carrey was the best candidate to play Biden when compared to two other actors who have played the former vice president on the show.

Thirteen percent said Woody Harrelson, who portrayed Biden during the 2020 Democratic primary, would be best in the role, while 8 percent favored Jason Sudeikis, who took on the role during the Obama administration. 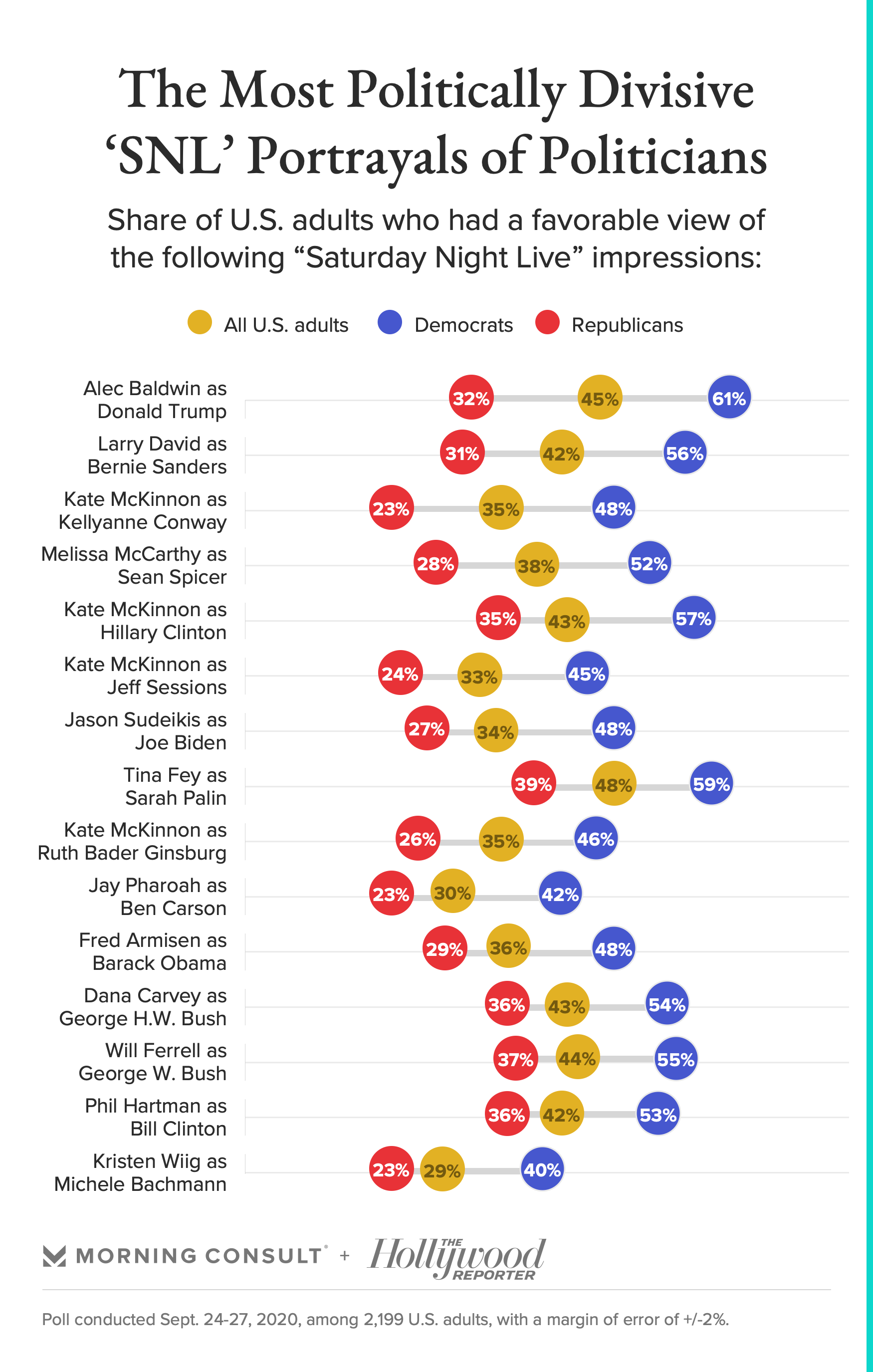 As for the other presidential candidate, despite Alec Baldwin’s own weariness with playing President Donald Trump, just 9 percent of respondents said they have soured on the comedian’s impression, while 33 percent appreciated Baldwin’s portrayal and 17 percent said they had never found it funny. Forty-nine percent of Democrats find the character funny, compared to just 18 percent of Republicans.

The survey has an overall margin of error of 2 percentage points, while the Democrat and Republican subsamples have respective margins of error of 3 and 4 points.

When asked about “SNL” impressions over the years, Democrats in general had a more favorable view of them than Republicans did. Tina Fey’s appearances as former Alaskan Gov. Sarah Palin, who was also a Republican vice presidential candidate, was a favorite among members of both parties and topped the list among all adults. But while 59 percent of Democrats viewed her portrayal favorably, 39 percent of Republicans said the same.

Republicans continue to have sour political attitudes about “SNL,” which is celebrating its 46th season: 57 percent say the show leans “more liberal” in its programming, while 59 percent say it’s gotten “too political.” Roughly the same share of Republicans had identical answers in a 2019 Morning Consult/The Hollywood Reporter survey. By comparison, one-quarter of Democrats say the show has become too political.

Last year, “Saturday Night Live” tackled the impeachment proceedings as well as the Democratic debates, bringing in former cast member Maya Rudolph to play Democratic Sen. Kamala Harris of California. However, due to the COVID-19 pandemic, the show took a month hiatus before resuming remotely produced shows that had less political content than usual.