Speaker of the House Nancy Pelosi (D-Calif.) talks to reporters during her weekly news conference in the House Visitors Center at the U.S. Capitol on Oct. 01, 2020, in Washington, D.C. (Chip Somodevilla/Getty Images)
By Claire Williams

With talks around a new economic stimulus package collapsing once again on Tuesday, no one in Washington is escaping the blame.

President Donald Trump tweeted that he ordered Treasury Secretary Steven Mnuchin to stop negotiations with House Speaker Nancy Pelosi (D-Calif.) and to hold off on an economic relief package until after the election. Later, Trump suggested that he’d be open to separately passing measures that would send direct payments to Americans, in addition to $25 billion to assist the struggling airline industry and $135 billion for the Paycheck Protection Program.

Pelosi and Trump traded barbs on who was to blame for the talks ending, with Pelosi reportedly suggesting privately to Democrats that Trump’s COVID-19 treatment could be affecting his judgment, and Trump saying that Pelosi wasn’t negotiating in good faith.

Voters, however, seem to mostly split blame down the middle between Trump and Democrats, according to new Morning Consult/Politico polling. 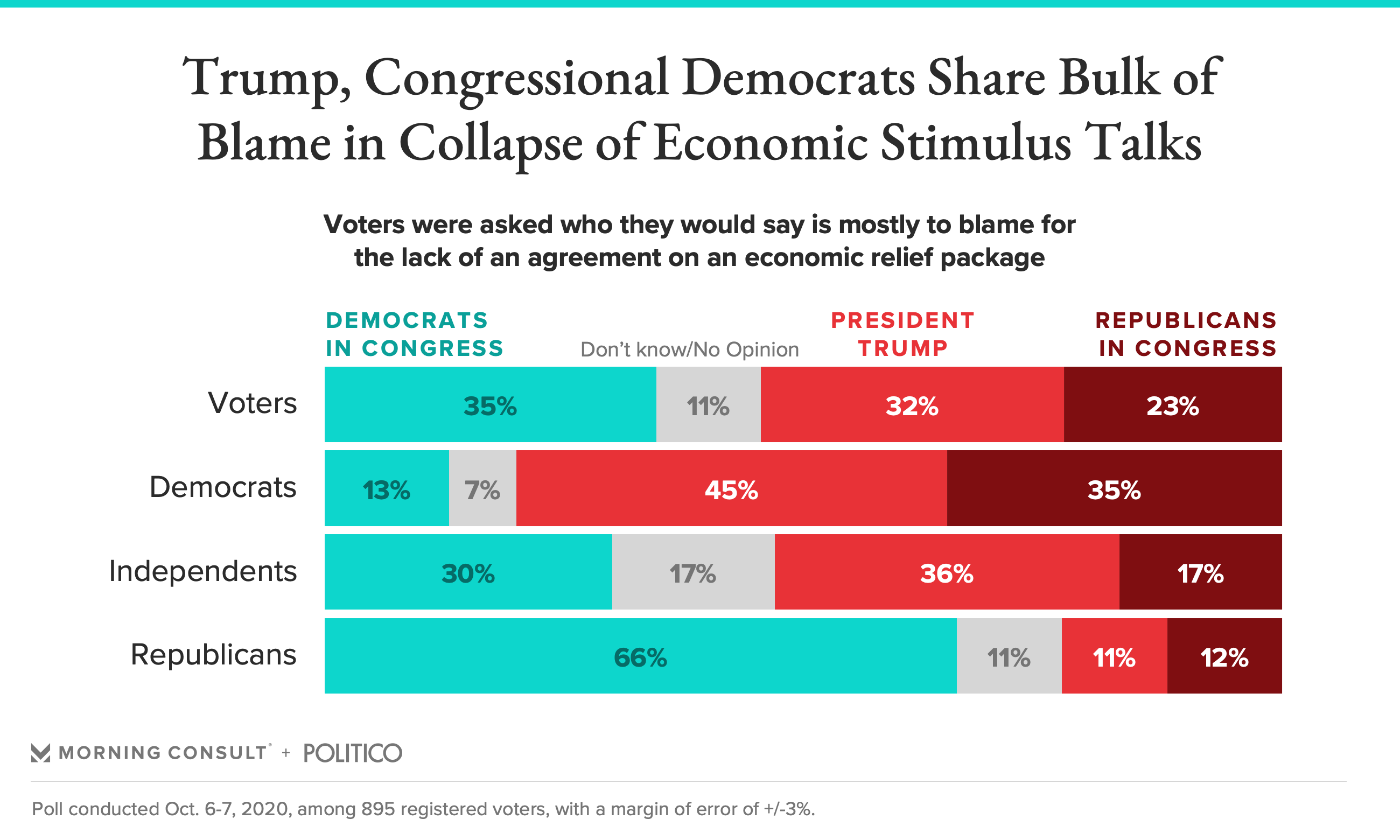 Thirty-five percent of voters said that Democrats in Congress are at fault for the lack of a stimulus bill, while 32 percent said the same about Trump, within the margin of error. A smaller share, 23 percent, said that congressional Republicans are to blame.

The Oct. 6-7 poll surveyed 895 registered voters and has a margin of error of 3 percentage points.

About 1 in 4 GOP voters faulted their own party’s lawmakers, splitting blame between Republicans in Congress and Trump at 12 percent and 11 percent, respectively.

Thirty-six percent of independents put the blame on Trump, while 30 percent said Democrats in Congress were to blame, and 17 percent said the same for congressional Republicans.

The issue of passing stimulus legislation could be a critical one coming up in the 2020 elections. 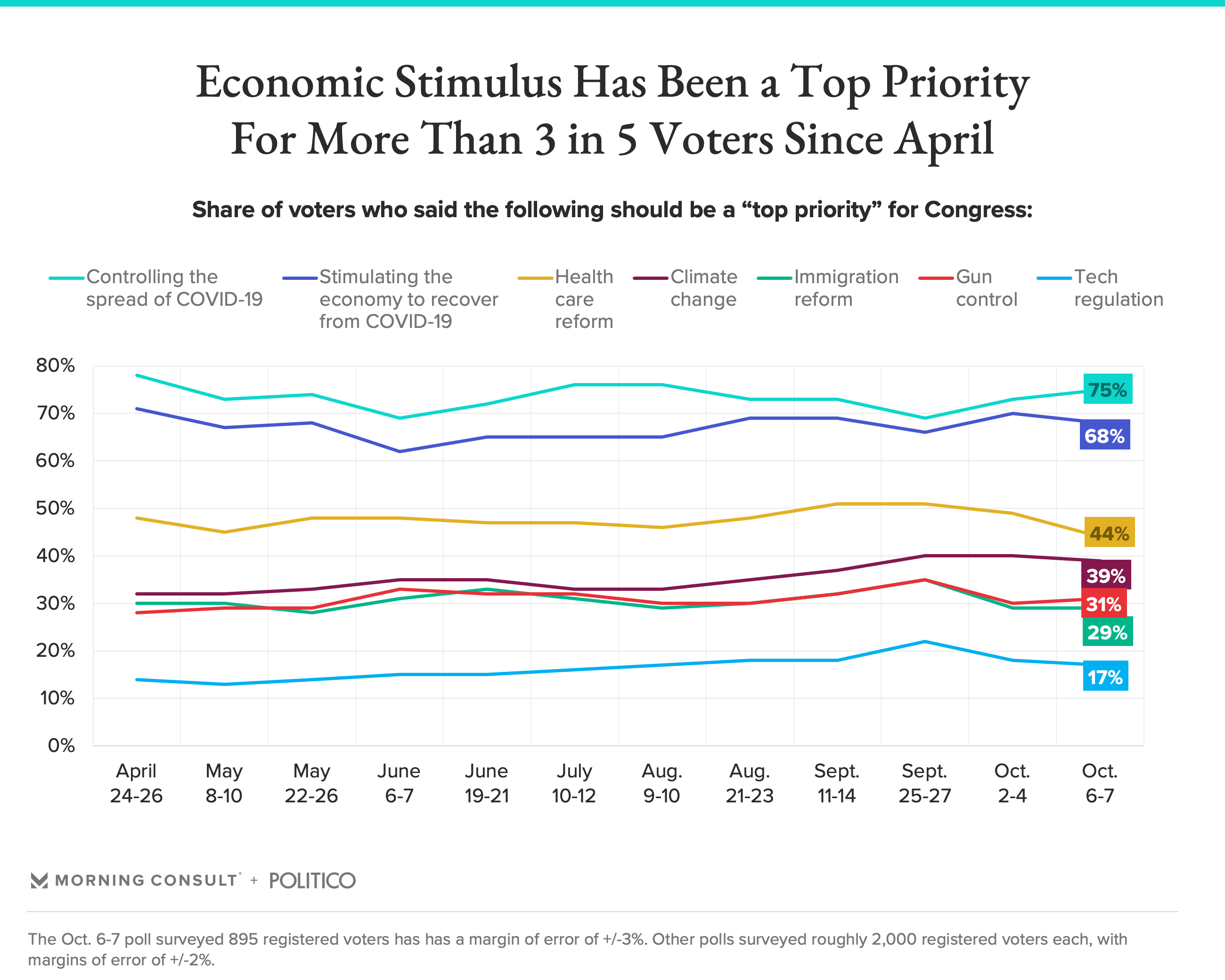 During the coronavirus pandemic, stimulating the economy to recover from COVID-19 has consistently ranked as the No. 2 priority for Congress among voters.

In the new recent poll, 68 percent said it’s a “top priority,” second only to the 75 percent who said that controlling the spread of COVID-19 is a top priority. The next highest priority — health care reform — came in significantly lower at 44 percent.

Both Republicans and Democrats are about equally likely to say stimulating the economy is a top priority for Congress, at 69 percent and 67 percent, respectively.