As Election Nears, the Public Is Becoming Increasingly OK With Stars Advocating for Issues 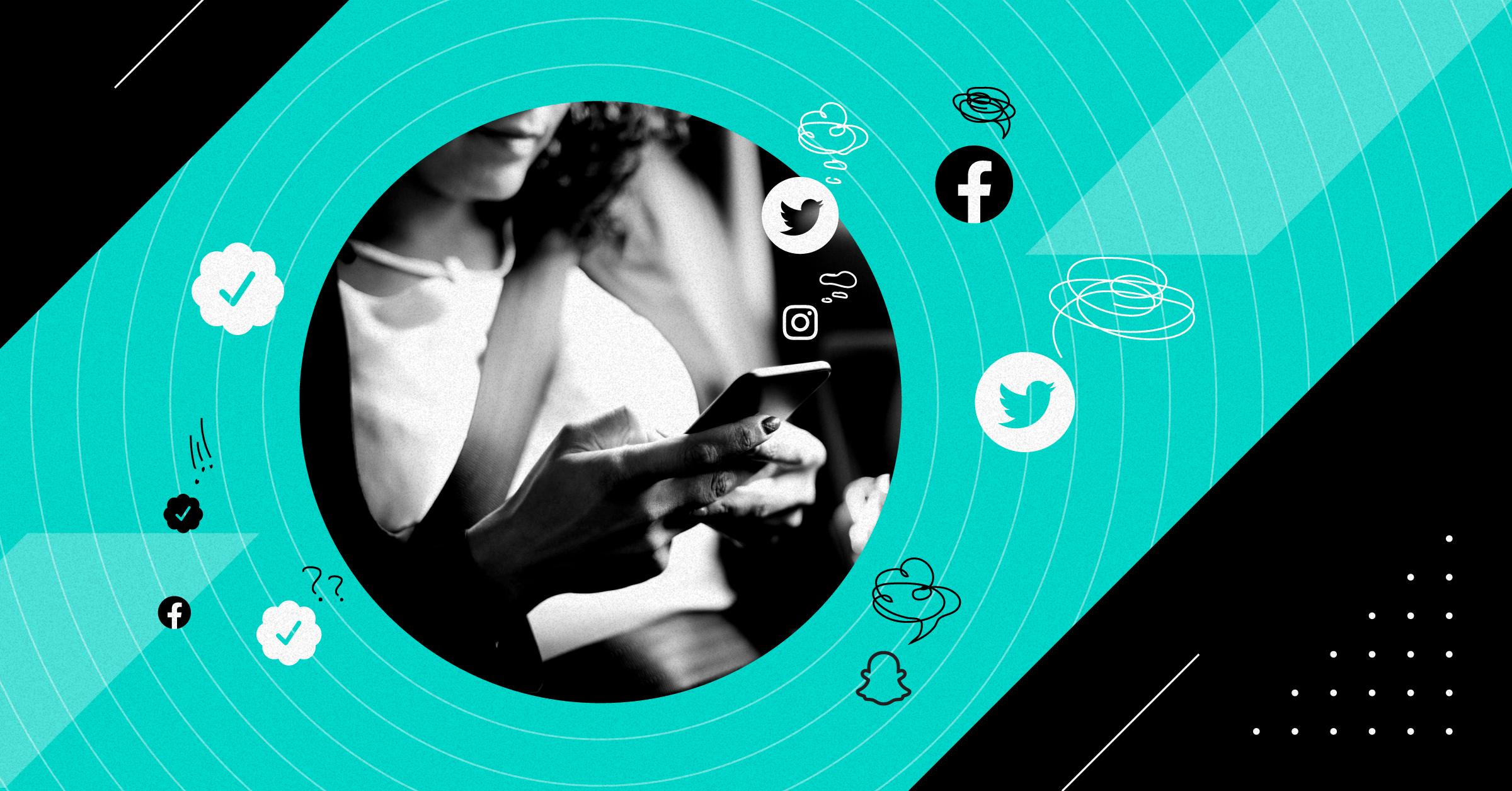 As Election Day approaches, more of the public believes celebrities should use all channels available to them to speak out on social and political issues than it did shortly before the 2018 midterm election, per a new Morning Consult/The Hollywood Reporter poll. And regardless of party lines, Americans said that encouraging people to vote, along with voter registration, is the most appropriate issue for stars to tackle. 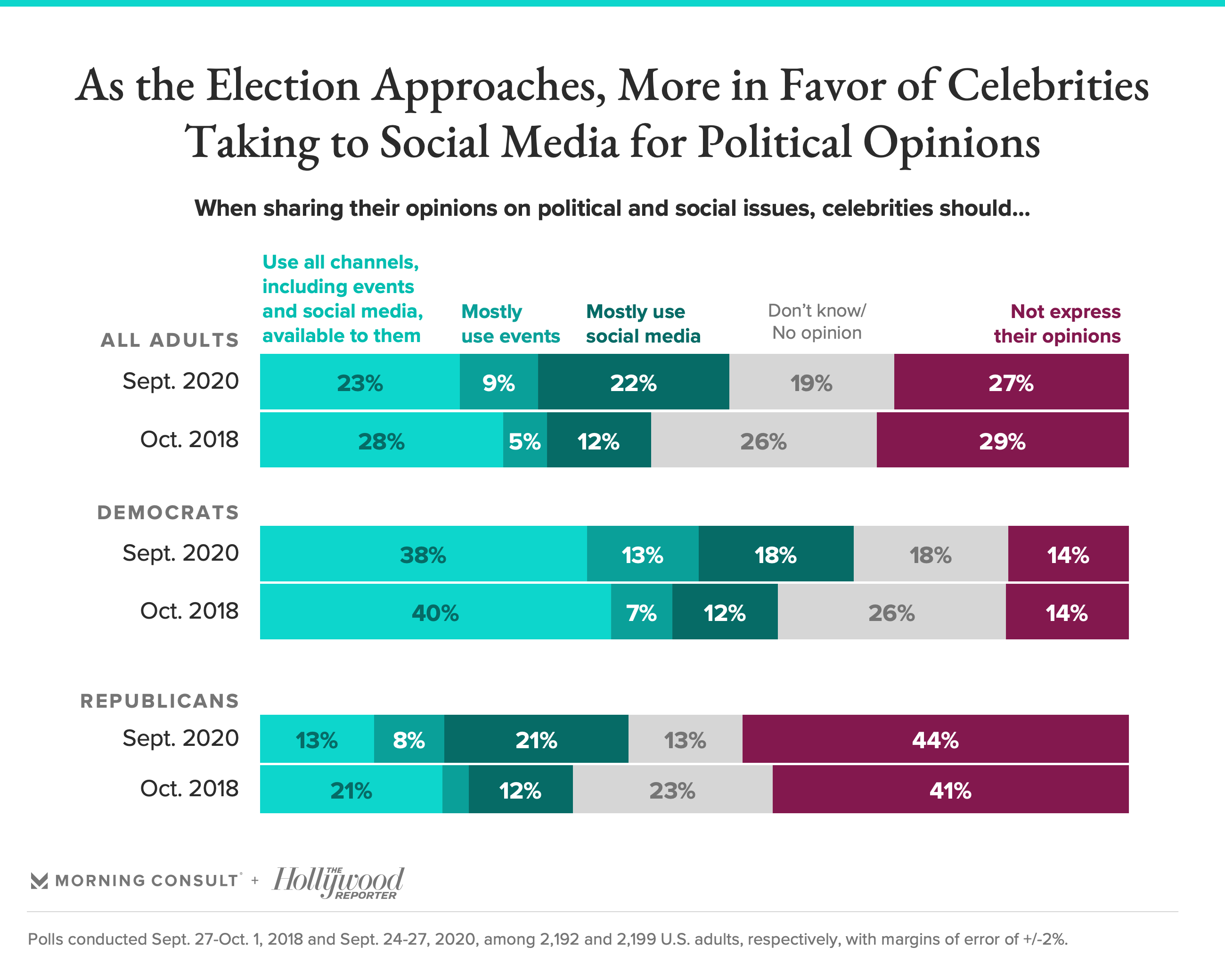 Democrats have become more supportive of political and social activism from stars, with 8 percent moving from expressing no opinion on the matter to saying celebrities should use at least one platform to speak. With a margin of error of 4 percentage points, Republicans’ attitudes are largely unchanged on the topic during the same time period.

On Sept. 22, in honor of National Voter Registration Day, Leonardo DiCaprio and Ryan Reynolds were among the many stars taking to social platforms to spread the word about voter registration. Regina King and Uzo Aduba donned shirts in support of Breonna Taylor during the 2020 Primetime Emmys, while Anthony Anderson highlighted Black Lives Matter in a presentation with host Jimmy Kimmel. 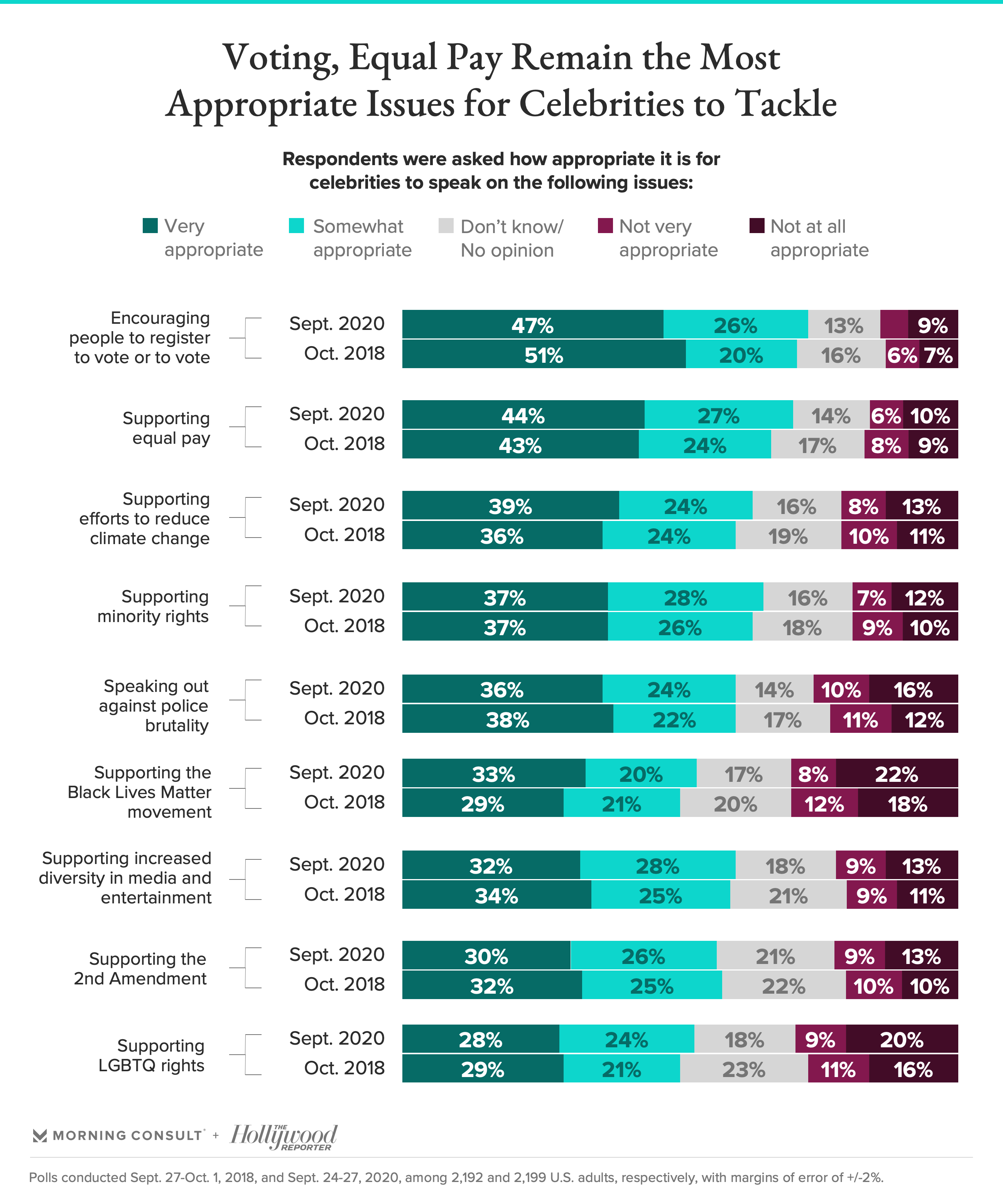 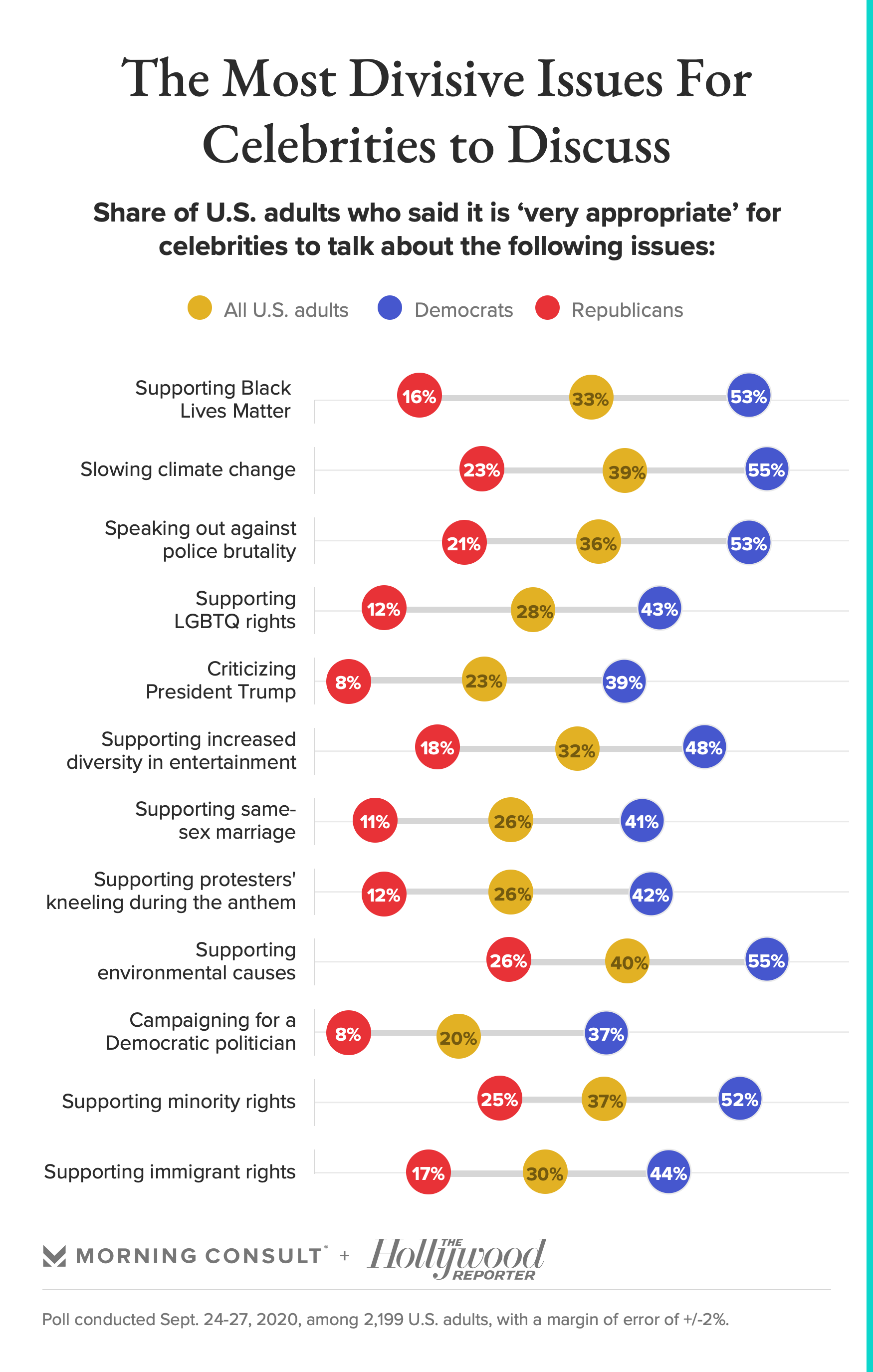 The most divisive issue was supporting the Black Lives Matter movement, with 53 percent of Democrats saying it was “very appropriate” for celebrities to speak out on that issue compared to 16 percent of Republicans. Democrats were also more likely than Republicans to say it is OK for celebrities to support efforts to reduce climate change and speak out against police brutality.

Since the death of George Floyd, famous faces including Lady Gaga, BTS and Chris Evans have donated to Black Lives Matter, while others donated to adjacent causes such as the NAACP Legal Defense and Educational Fund and Color of Change.